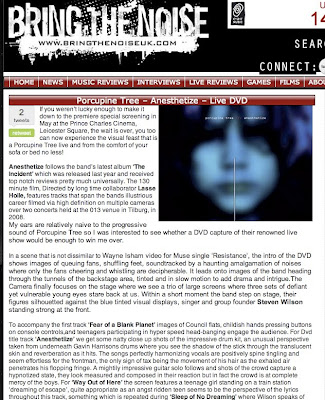 If you weren’t lucky enough to make it down to the premiere special screening in May at the Prince Charles Cinema, Leicester Square, the wait is over, you too can now experience the visual feast that is a Porcupine Tree live and from the comfort of your sofa or bed no less!