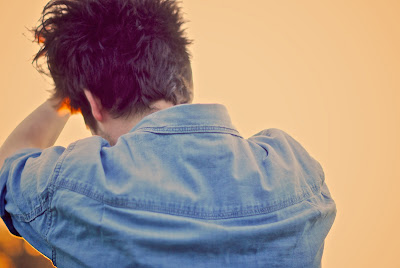 South London based singer Dan Smith made waves with his stunning
debut Icarus/Flaws, and further enhanced his reputation as a serious one
to watch with numerous unique and spine tingling performances via
summer festivals, support slots with Foster The People and Fenech-Soler,
and various intimate club gigs. November 14th saw the release of 4
track EP Laura Palmer, which already appears to be receiving universal
praise. The Darkly uplifting track ‘Overjoyed’ has even persuaded one
YouTube user to tell his girlfriend that he loves her! I wanted to find
out more about his personal creative process, his honest reaction to
hearing his song on reality show ‘Made in Chelsea’ and his hopes for the
coming year….

Following Icarus/flaws, we now have your four track EP Laura
Palmer. The previous received a great response… Did you have the
tracks for LP written already or did the reaction of the Icarus/flaws
help shape the direction of the new EP?

Do you like to approach each record as individual projects
(perhaps with separate concepts) or do you like the progression from one
to the other to be smooth/cohesive?

I think it’s always good to try out different things with each song.
I’m hoping that they’ll all sit cohesively together, maybe because of
the sound of my voice or the songwriting.

Many of your tracks balance a darkness and melancholy with
uplifting attention grabbing melodies.Would you say this captures you
and your personality?

I’m not sure if it captures my personality, but I guess that darker
subjects interest me more. And when it comes to music in general I’m
really into good melodies and hooks. Rubbish answer, sorry.

I hear you have explored new sonic avenues with this record. What new techniques or instrumentation have you used?

It was fun to explore further electronic sounds on the EP. Working
with Mark, who produced it with me, to make different synth sounds and
put effects on my voice. Hopefully that sits alongside other songs which
have string arrangements and more live sounds.

You incorporated epic strings and live bands into the recordings
of some of the songs. Do we see/hear this accompaniment at your live
shows also?

The live show is very much a band and has live drums and bass and
lots of harmonies. Hopefully at some point we’ll be able to have the
strings girls come on tour with us as well.

I have read that you sometimes use characters in the lyrics to
separate yourself from the topics, and make it less personal. Do you
think this will happen less as your confidence continues to grow. Do you
find it easier to perform these songs in public due to your intentional
separation?

I probably do find it easier to sing them because they’re not so
obviously about me. I think it’s pretty brave of some musicians to sing
so explicitly about really personal stuff every night. I think a lot of
my songs are based around experiences I’ve had or things that I feel, I
just don’t like to make it that obvious.

Can you tell me the story about the lyrical content of Overjoyed….

It’s a pretty simple song, lyrically. I think it’s just a bit of a
snapshot of some of the things I was feeling at the time I wrote it. I
was also having some quite full-on dreams so I think that had an effect
on the lyrics and the feel of the song.

You really started to concentrate on your music after University.
When did you realise you were ready to unleash your music to a wider
audience?

Probably towards the end of last year when I realised that I had a
bunch of songs that I thought were good and interesting enough. The
production was really important to me as well, so when I was making
songs that I thought sounded good I guess part of me wanted to put them
online and see what happened.

I heard one of your songs on Made in Chelsea. How does it feel when you hear your track used ( and on that show in particular)?

It is very surreal hearing a song that you’ve made on a TV show,
especially when it’s in a massively foreign context to how you envisage
the song. I wouldn’t have ever consciously chosen to be associated with
Made in Chelsea, but being on it was incredibly helpful for us. I don’t
think I realised what a massive platform TV is. A 30 second clip of one
of our songs lead to something like 10,000 youtube hits overnight which
is just crazy.

Would you ever want to write a film soundtrack, or do the songs
have to be about your own personal experiences rather than following a
set brief?

I’d absolutely love to write a film soundtrack. I’ve got no idea if
I’d be any good at it though… it’s a lot of fun writing for other
things because there’s a bit less pressure.

Largely your success seems to be down to word of mouth via those
impressed by your live performances or via internet recommendations. How
do you feel about the phenomenally successful artists that have
multi-million pound marketing plans behind them, or those that go down
the X Factor route?

I don’t really have much of an opinion on them to be honest. Most
people who have success in the music industry have very different
experiences from one another, and different routes to wherever they end
up. Some people have to work really hard and others get a much easier
ride.

Officially, you are Bastille. But is it a comfort to have Kyle,
Will and Woody for support on stage. Do they also offer support when it
comes to creating the tracks?

Yeah it’s a massive comfort and it makes touring a lot more fun. The
guys sometimes come in and put parts down on the recordings, but mainly
they’re involved on the live side. When it comes to the live side of
things, I very much see Bastille as a band.

Most of your music begins in bedroom recordings  Do you find that
familiarity aids your creativity, or is it merely a force of habit and
convenience?

It probably is just force of habit. I like to have lots of things on
the go so it’s a lot easier to dip into stuff when all the songs are on a
computer at the end of my bed.

You’ve supported Fenech Solar and Foster The People. Does the touring lifestyle suit you?

We’ve really enjoyed the touring that we’ve been able to do so far.
It’s a bit of weird lifestyle, and I can imagine it becoming pretty
strange when you’re doing it for big, extended periods of time, but I
really like going to parts of the country that I’ve never been to
before.

We actually missed one of our dates with Fenech because our car broke
down halfway to Manchester. We sat by the side of the motorway in the
rain as our set time got closer and close and then passed. Sorry, that
was a terrible tour story – makes touring with Bastille sound totally
depressing.

It can have its pitfalls, as many performers have proved . You
appear to be in it for the right reason. Are you confident you will be
able to avoid all the trappings of success and life on the road?

Yeah I hope we will. It would be well embarrassing to fall into some sort of tragic music cliche.

There are many facets to the music you make, which connotes a
varied range of musical influences? Who are the main ones, and what
about their technique/style/skill informs what you do?

Primarily I love good songs and interesting vocals. There are so many
examples of artists who have both of those things… for some reason I
keep mentioning Antony & the Johnsons. I’m also really interested in
electronic production. My skills in that are limited but it’s nice to
try to make new sounds, or mess with the things you’ve recorded to see
if you can find something that sounds more exciting. I love listening to
remixes to hear what the remixer does with the track, they’re generally
a good playground for producers trying things out. I’m definitely also
influenced by more live bands, be it Vampire Weekend or The Beatles.

You have received great reviews pretty much consistently and
support from big guns of the radio world, but how do you think you’d
deal with any criticism or negativity towards your work?

It’s always pretty horrible getting criticism, and really annoyingly
I’ve found that the negative stuff affects me a lot more than positive
responses. I was chatting to some of my mates about that a couple of
days ago and they made the point that most people are like that,
whatever they do. So I guess it’s probably normal.

When I was at Cheer Up Clothing you came and performed a
surprising cover for us – City Highs ‘What Would You do?’. Do you aim to
keep your fans and potential fans on their toes ?

Yeah I hope so. We don’t do that many covers, but that’s a song that we love playing and people seem to like being reminded of.

What are your musical guilty pleasures?

Probably quite a bit of pop stuff…

The song you wish you’d written?

That’s difficult… at the moment it might still be BTSTU by Jai Paul.

Stage/festival you most want to play?

John Peel stage at Glastonbury would be amazing. If there were people there watching.

Get an album out and tour as much as we can.

What should we expect from you full length debut album?

Hopefully it’ll be quite varied. A mix of stripped back and bigger tracks. A mix of live and electronic stuff.