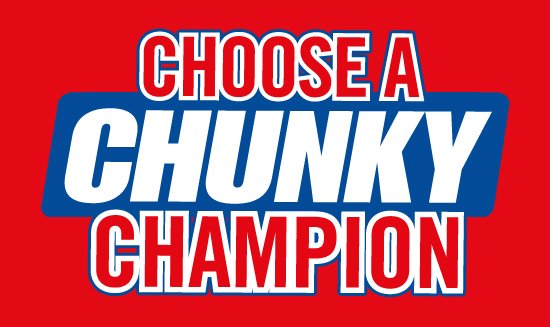 Kit Kat are currently on the hunt for the UK’s ultimate Kit Kit Chunky Flavour. What a mighty, but gloriously frivolous challenge to undertake. Well I say frivolous, but only when comparing it to the mammoth world-changing decisions being made in the stressful world we live in today. In my world, the ditzy Sophie bubble, this is probably factoring quite high on the list of important things to do… 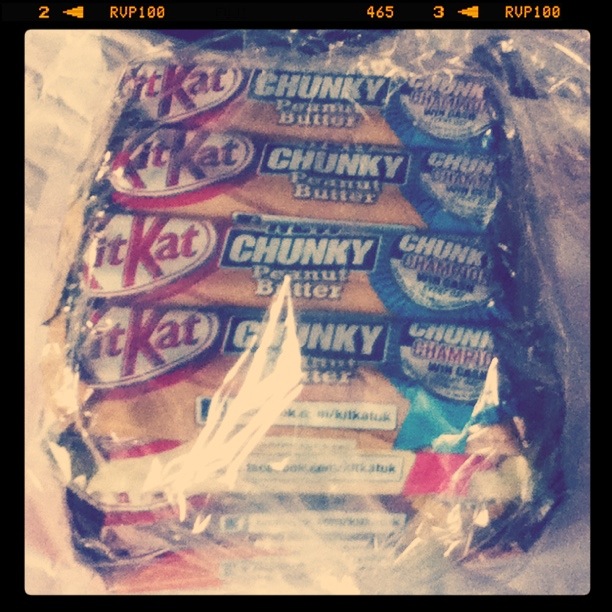 So the team have called upon some experts to help them crown the champion. Not to blow my own trumpet or anything, but by picking me as one of their ‘experts’ they have chosen extremely well. I am distinctively average at most things, but man do I know my chocolate. As a youngster my parents were fairly strict when it came to fast food, sweets and chocolate. So when at school I would make the most of being away from the watchful eyes of Mum and Dad – monopolizing the vending machine or getting my daily fix from the station shop. The man who owned the shop soon named me ‘Malteser Girl’.  If on a rare day I walked past without purchasing 8 pieces of confectionery he would shout, rather loudly ‘ no chocolate today miss?” Now I’m not sure this is an anecdote I should be proud of, but in terms of proving my worthiness as a Kit Kat expert, it seems pretty effective. 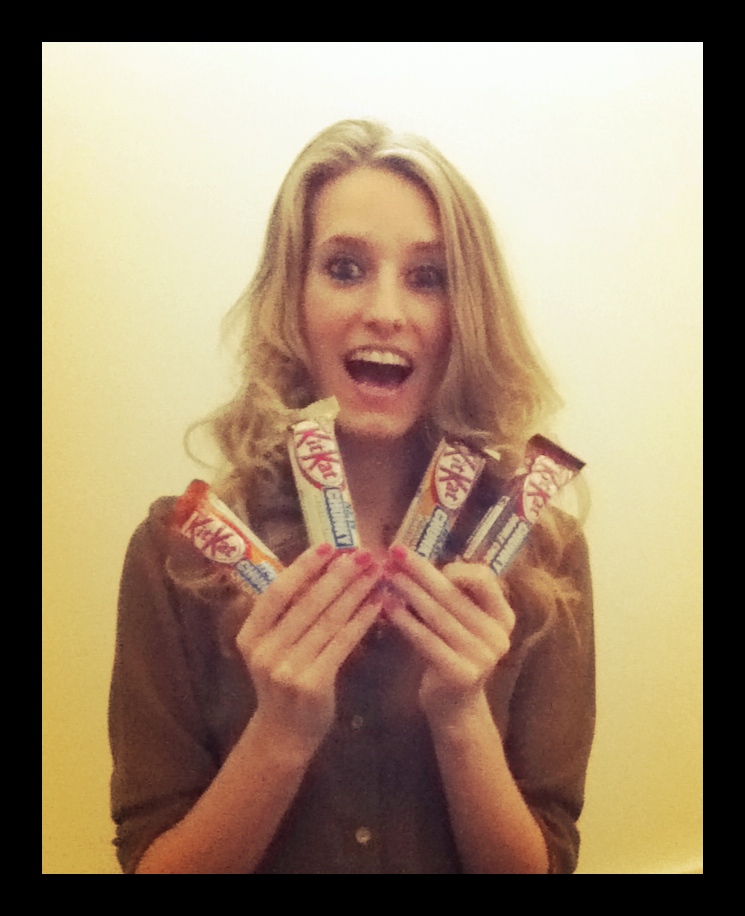 So here are my findings from sampling the nominees….

Chunky Orange – Now you are either a fan of the legendary choc/orange combo or you’re not (the ‘not’ people are generally very ill- advised human beings). I most definitely fall into the first camp. I have enjoyed consuming many a Terry Chocolate Orange in bed on an Xmas morning, before even attempting to get dressed and make it downstairs to greet the family. Apart from the ease of being able to eat it, a segment at a time, avoiding the dreaded mucky melty chocolate mouth, there isn’t really any other reason for it to be separated into parts. The end the result is always the same for me. I will be eating it in one, very swift sitting. I may as well eat it as if it were an apple, a more delicious calorific one. Anyway I digress – I think you can tell I am a chocolate fiend- but while I did enjoy this particular version of the winning marriage, it was not the best of it’s type. Perhaps it was a bit too subtle in flavour. I might have to eat a few more to make sure I have this right!

White Chocolate – The generous soul I am I decided to let my parents help on this task. Before we embarked on our group taste test we flagged up an issue with White Chocolate. It’s another very personal thing – a lot of people find chocolate at the pale end of the spectrum a bit sickly. But too sickly and too sweet are statements that don’t really factor in my world. I know my arteries are probably screaming at me, begging me to say no to the sugary temptations I’m greeted with everyday, but it’s never going to happen. We have to be realistic.
Rich, Creamy… divine! If one of the other flavours wasn’t in existence this white chocolate glory of a treat bar would be a very worthy victor. This was actually my parents favourite of the four.

Double Chocolate – For a chocaholic the name of this flavour is probably enough to force those endorphins to get wurring round the body. I don’t think that my ceiling point in terms of chocolate consumption is akin to the national average, so I could eat a couple ( or 4 ) in a go , but I can imagine the rich nature of this one might be a bit much for your average chocolate eater, only allowing them to one at a time, Being rich isn’t exactly a negative, but just a notable fact. This flavour makes for a very indulgent time.

Peanut Butter – When I saw the list of options I had a feeling this would be the one to steal my heart… and eager tongue. I have always enjoyed the combination of sweet and savory – I once had an intoxicating summer romance with those chocolate covered pretzels. As soon as I took the first bite I felt my heart flutter. I knew that if it had little arms jutting out from it’s chocolate body, they would be lifting the winners trophy.  But it’s not just the flavour that makes the nutty one the victor. The texture of this one, that bit of a softness in the mix, adds that comforting feeling we looking for in our sugary snacks. So I know I have found a new favourite chocolate bar, but it will be interesting to see if it  persuades me to questions my love for my beloved Reeses Pieces/Cups. I have a sneaking suspicion that it may just do it!

To keep up to date on the latest developments head to http://www.facebook.com/kitkatuk or  search #KKChunkyChampion on Twitter…..