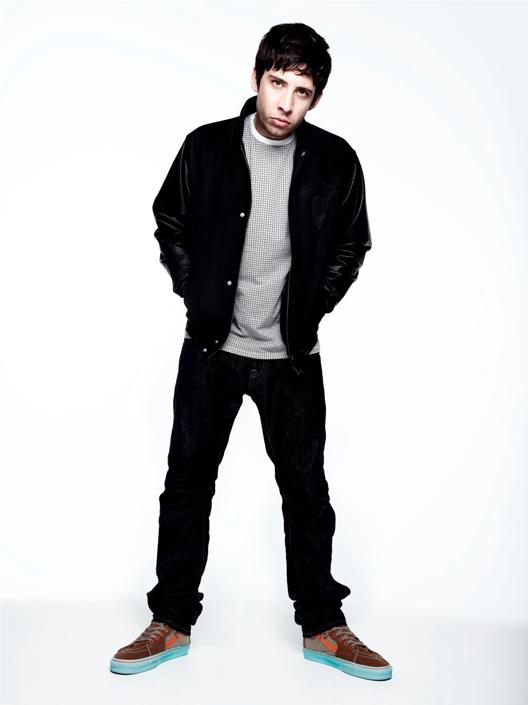 First up,  here are some impressive stats and facts for you all…

Last year he achieved a No.1 album and two consecutive No.1
singles, as well as a sold out headline UK tour.


His sophomore album was certified Gold.

Last year ‘Changed the Way You Kiss Me’  was the second biggest UK single from a male artist, selling over half a million copies .

Yesterday Example received a BRIT
nomination for Best British Single with  ‘Changed The Way You Kiss Me’.

‘I really do hope I find success in America. I wanna tour the entire country and eat ribs every day’

This tweet just posted by Example doesn’t do badly in summarizing the winning formula behind one of the UKs biggest success stories of 2011.  From the amount of touring, performances and guest appearances last year, it is clear that not only does he have an extremely efficient press team behind him, but that he is furiously ambitious. Not happy just to continue to ride on his ample success in the UK, he is looking to bring his pop/electro/dub/dance/urban amalgamation to the US. His comment about wanting to eat ribs every day, is not only a wish I share with the young musician, but one that points to another aspect of the pop star, one which I am sure has accelerated his success. He has a sense of humour and a personality, one which has seen him become a welcome regular on music and comedy panel shows. He is also more than happy to say what he thinks, even if it causes a war of words displayed in a public forum such as Twitter. Brutally honest outbursts and controversial soundbites are not unusual when it comes to Elliot Gleave and the pop world is all the more interesting for it. But all things considered, the main thing that has fueled his massive success, is his unquestionable talent, particularly in creating modern anthems……..

Example said ‘I’m pleased to have signed to a major label like
Mercury/Universal in the US. It was important to me to sign with someone
who understands not only my ambitions but also the way I work. I want
to do it on my own terms, I enjoy a good challenge
and can’t wait to get started.’

President of Mercury Records U.S David Massey said “Everyone here is
very excited to be working with Example, a world class songwriter and
performer who is now a leading force in the live arena . A true modern
day rock star who is at the forefront of the new
wave of exciting electronic music exploding here in the U.S”

David Dollimore, Managing Director of Example’s UK label, Ministry of
Sound, said ‘It’s important for us to see commitment and passion from
labels we partner with, David Massey and his team certainly showed that.
The US market is primed for an electronic artist
like Example, he is the real deal, a rockstar making hit songs and
exciting, cutting edge dance music. He is the only artist making dance
tunes with huge choruses, think a hybrid between Skrillex and Coldplay’

Example is currently in the studio working on his new album, he will be
embarking on a European tour in February and a 10 date UK arena tour in
April.