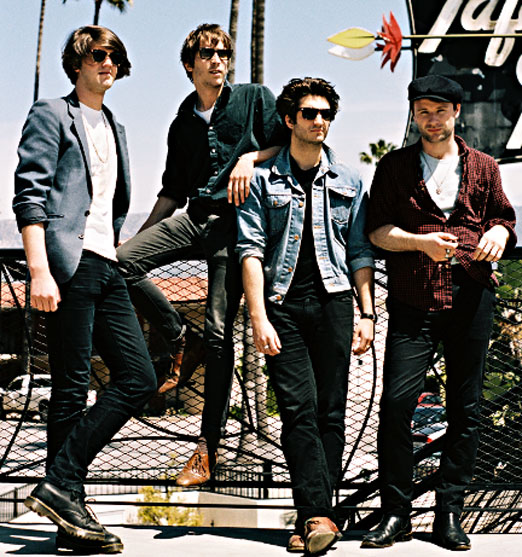 Yesterday I headed to Purple PR HQ – the successful home of Jessie J, Lana Del Ray and Yasmin- to interview future pop/rock stars The Tricks. Prior to our meeting I received a delightful tweet off Singer and Bassist Joel, who wanted to say hello prior to our scheduled chat. Little touches like this are sure to endear them to journalists, bloggers and potential fans – and happily they proved to be consistent with their pleasantness. It was my first video interview of 2012, so this little introduction worked as a nice relaxant – gifting me with the comforting knowledge that I would likely to be greeted with some charming chaps for my first on screen action of the year.

I won’t give away too much information about the guys, because I ‘d rather like it if you took the time to watch the video, but it looks like the London based foursome are destined for big things this year.

They are currently working out which songs will make the final cut of their debut album, but in the meantime you are able to enjoy their double A -Side Remember Me/ For The Summer.

If you want to revel in The Tricks fun via a live experience their UK tour kicks off in Cardiff of January 26th….

P.S Before I leave you to watch the interview I must just point out that Johnny Depp is not only a fan of the band but has even got his guitar out for a jamming session with them. Now if Depp says something’s cool who are we to argue?!