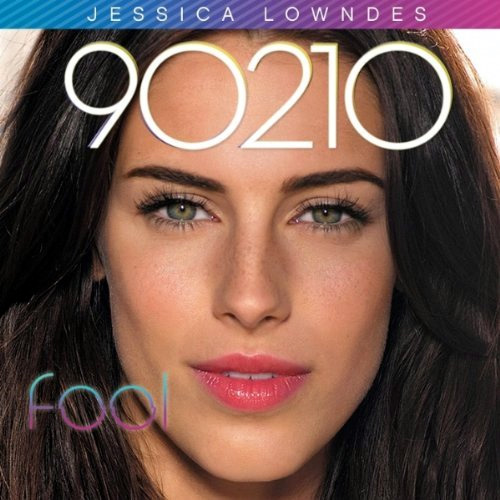 When Jessica Lowndes first stepped on the set of the revamped 9021, she was only intended to have a brief stay as a singer in the show. Inevitably the production team wanted to hold on to the beautiful 23 year old Canadian, who has now created a scene-stealing role for herself as the troubled Adrianna.
A regular visitor to England, Jessica was back just before Christmas to chat about her EP, the latest single ‘Fool’, and what she likes do in our great city. Unfortunately the LA resident was a little under par – we can probably blame our inclement weather – so we opted for an ever so snappy Q and A. Read on to discover which UK music stars she’d love to collaborate with…..

Hi Jessica.You’ve returned to London again. What are the first things you like to do when you come to our capital?

Personally, in Summer I try to escape London for the LA sun. And lots of our
artists head to LA to record. Why did you choose to work on your album
here?

It’s a great change of scenery. I find
LA too distracting and London has a great music scene and is often
ahead of its times in comparison to other countries. Most of the
producers I collaborated with for my album were based in the UK.

You
have sung from an early age and were originally intended purely to be a
singer on 90210. Have you faced any difficulties or prejudice because
people have presumed you just to be another actress turned singer?

Definitely
I have actually been singing longer than I have been acting but once
you do one it’s hard to prove that you are serious about both.


You’ve
been writing from about the age of 9. Does it all happen
quite naturally for you? Do you generally speak from your perspective?

When writing I generally write from my perspective, makes my songs more real.

Do you come from a creative family?

Quite, my mum is a piano teacher and taught me how to play piano.

A lot of creative people find more academic subjects difficult or dis-interesting. What were you like a school?

Yes, I am horrible at maths, I still have to get the calculator out when tipping at restaurants .

Did
your parents have any reservation when you said you had got a role in a
high profile show. The trappings of fame are well documented.  Did they
offer any advice?

They were ecstatic and
excited, I couldn’t do it without their support. My mum always tells me
not to call her when the show is on as it is her favourite programme.

Can you describe your normal creative environment when writing a song?

I think of a lot of the songs are when I am working out or if I am writing alone in a coffee shop or on a plane .

Who
produced the album and what sort of collaboration was it between you
both?  Were you always on the same page with decisions and tweaks ?

Always on the same page, I use a lot of different producers and I funded this independently myself.

You
have previously collaborated with DJ Ironik, which I was know surprised
a lot of people. Do you want to be an artist that surprises and take
inspiration from chameleon-like artists that change it up frequently?

I love what I do and I put no restrictions on my music or who I work with.


You have stated that you are a fan of Taio Cruz and Drake. Any plans or moves to collaborate with them at all?

That would be a dream, Drake is also from Canada like myself. I also love Tinnie Tempah and Plan B

I
listened to your single, Fool, and although I am admittedly a bit
emotional right now it really did pull on the heartstrings. Were the
lyrics inspired by a personal experience?

I
like people to make their own interpretation on my music, it’s great if
people can relate to the lyrics. There is always a bit of personal
experience in my songs

Do you find it easier to write if you are in a period of turmoil?

Most songs are generally about break ups or being and falling out of love so it all helps.

We’ve heard an upbeat song and a ballad but what should we expect from the album.Will there be a cohesive story throughout?

My four track EP is out now which will give you a taster of more tracks to come.

As
your talent lies on screen as well as on record do you take a big
interest in the video treatments and the visual side of what you do ?

I
released my music independently so I had full creative control, I
assisted with the casting and costume for my video which I am very proud
of and had lots of great friends to help me too.

Would you ever want to hit the west end stage or Broadway and showcase your talent for acting and singing at once?

I would love to do Broadway, I love musicals, Les Mis and Wicked are two of my favourites.

In
a few interviews you have stated your love of cupcakes. I’m guessing you might have gotten
sick of them by now, what is your current vice/obsession?

Unfortunately I am still obsessed with cupcakes, red velvet is still my favourite.

What in on your recently played list on your ipod?

Rihanna to get me in the party spirit and Drake.


Plans for Xmas and New Year?


I will spend Xmas in Vancouver back at home with my family and spend new year in Miami with my sister and girlfriend.

I hope that my music career is successful and I keep releasing music and hope the UK enjoys the new series of 90210.


‘Nothing Like This’ and her four track EP is now available to download on i-tunes. 90210 is now on E4 every Tuesday at 9pm.