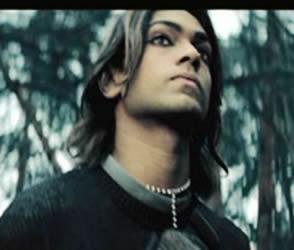 Everyday my Facebook feed successfully reminds how bloomin’ talented some of my friends, acquaintances (and random friend requesters) are. Today was no different. As I partook in my routine Social network check – the early morning one that precedes my shower, breakfast (packet of cookies) and satisfying stretch – my eyes scanned over link after link directing me to various creative outputs. Today I thought I’d do all my blog followers a kindness and share one of the standout gems.

I’ll put my scrawny neck out and say that a large segment of the population are nursing some sort of crush on the 25 year old pouty goddess that is Lana Del Ray. As well as gawping, slightly opened mouth (minus dribble) at her performances on Jools Holland and Jonathan Ross and furiously searching for images on Tumblr when I should be working, I have also found myself listening to Video Games on loop… for period of time I would be embarrassed to share. I had assured myself that it was the kind of song one could never tire of,  but I fear I am now on the cusp of cursing another track with the ‘overplayed’ label. However, I still find myself drawn to her disarmingly lazy drawl and the tracks beautifully haunting melody. So how does one deal with this quandary?

In this case it’s Som Wardner to the rescue. He’s kindly delivered an alternative take on the best song of 2011 and uploaded to Soundcloud for our listening pleasure – the new take on the modern classic giving us another way to get our dose of Ms Grant.

Now you might recognise the aforementioned name or find the fetching image above familiar. Not only is Som the most dedicated party monster I know, he was/is also the front-man of My Vitriol. The band put out some terrific music in the noughties (check out their album Finelines), receiving much acclaim from critics and contemporaries alike. I always felt that their indie rock reign was cut prematurely short. They are definitely a band with unfinished business, with so many musical delights left to to give. This is why Soms admission today that they are likely to be playing later in the year is fantastic news – and great for people like me who enjoy wallowing/reveling in a bit of nostalgia. He will also be performing some solo bits and bobs, so be sure keep you eyes peeled for those dates too.

I must point out on Soms behalf that this was merely an off the cuff/DIY Jam, so don’t expect a highly polished recording. That said Soms beautiful vocal tone is ever present. Go on, do yourselves a favour on this chilly humpday and press the play button…..