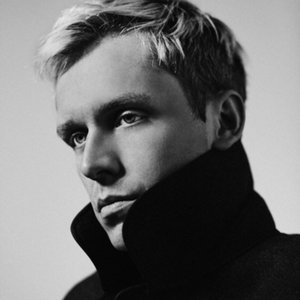 Relentless
Energy Drink is excited to announce the DJ line-up for the Energy
Sessions Arena, sponsored by Relentless Energy Drink, which will take
pride of place in the campsite at this year’s Leeds Festival, providing
banging tunes late into the night.

The
Energy Sessions Arena, sponsored by Relentless Energy Drink will get
going from 10pm to 3am each night of the festival, including Thursday
night when this stage will be getting the party started for the early
arrivals before the music stages start on the Friday.

Rudimental
are currently on a mission to bring soul to electronic music, with the
east London quartet winning support from Zane Lowe, The xx, Mistajam and
Fearne Cotton. With them set to dominate dance floors in the coming
months, their headline DJ set will kick-start the weekend in fine style.

Purveyors
of high quality D&B, and Hospital records favourites, fast-rising
producers Fred V & Grafix will also be lighting up the stage over
the weekend. These two West Country natives have been making a lot of
impact with their scorching sounds and are one of the DJ acts of 2012 to
keep a firm eye on.

Electro-pop/R&B
superstar Mr Hudson will be bringing some magic to Leeds via his
headline DJ set. Known for his exciting collaborations and tours with
the likes of Kanye West, Jay-Z and Amy Winehouse, Mr Hudson has also
DJed all over the world and
played for Louis Vuitton, Formula 1, Elton John and former US President
Bill Clinton. Expect him to bring an incredibly broad collection of
music to the decks for a set you won’t want to miss.

Best
known for melding politically-charged dubstep and post-hardcore rock
Rout & Sgt. Rolfy  – AKA Enter Shikari frontman Rou Reynolds and
drummer Rob Rolfe, who are playing on the main stages at Reading and
Leeds with their bandmates over the weekend – will be closing the
festivities at the Leeds Festival on the Energy Sessions Arena,
sponsored By Relentless Energy Drink.

“We
shall be busting out the re-energising tunes for a long night of
partying,” explains Rou. “Expect enough bass to rupture stomachs and
invert ear drums; from the darkest drum & bass, to the biggest booty
shaking dubstep, plus plenty of surprising remixes!”

It’s set to be a banging weekend with the Relentless Energy Drink flowing at the Arena bar and all bars across Leeds Festival.