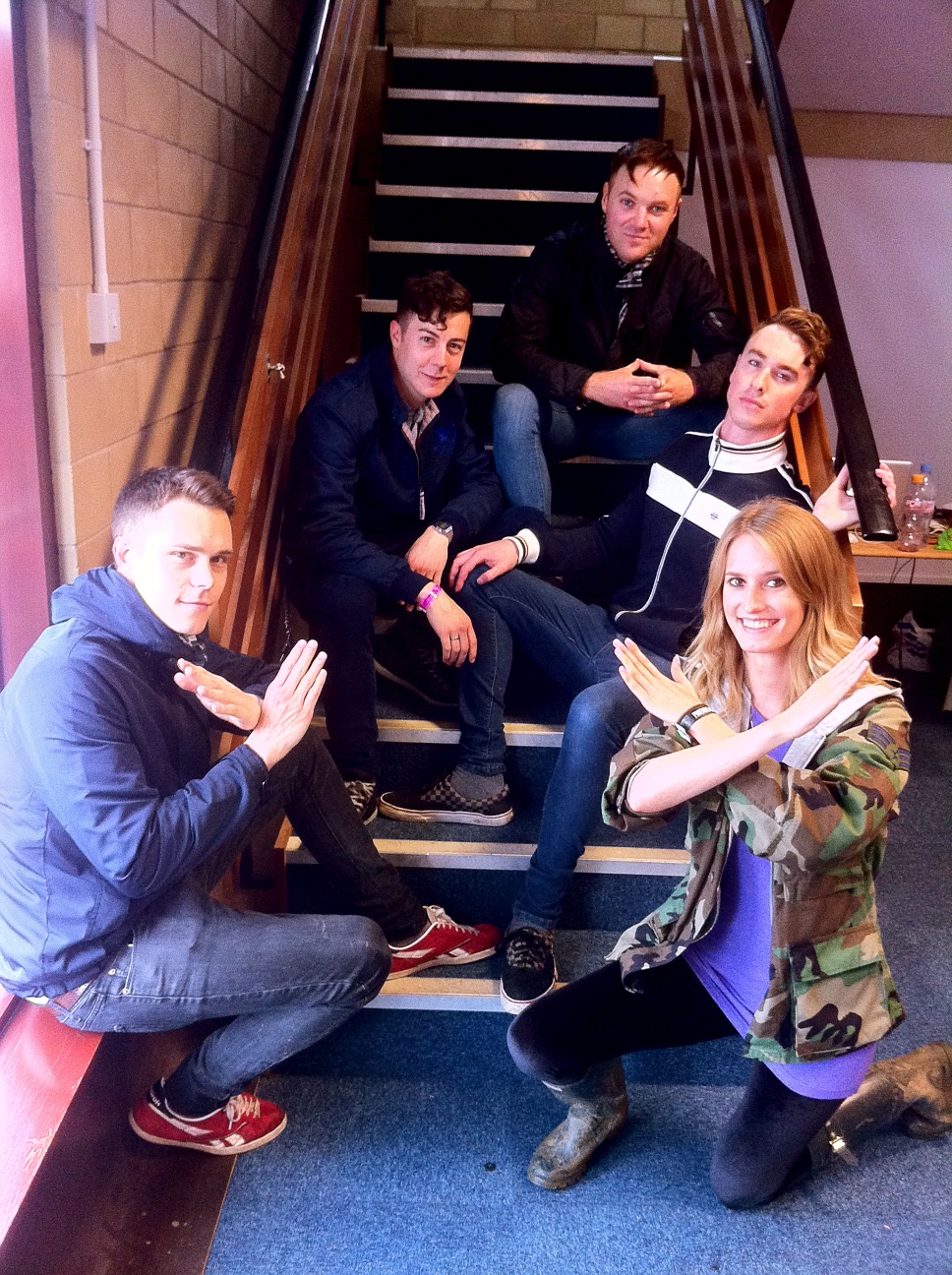 I was beavering away, looking distracted and gormless, only to look up and see the charming Don Broco boys who had sneaked into the media office  on hunt for the cleanest loo on site. After they were all relieved, some more than others – if you know what I mean – we thought we’d make the most of all being in the same place and get a quick piccy as a memento of the wet weekend.

After appreciating the noises coming from Lower Than Atlantis’ stonking main stage appearance we parted ways. However, I did make sure that I nipped over to the FRONT stage, despite the hazardous terrain I’d have to cross to reach my destination.

I had warned them earlier in the day that audiences had been sparse over the weekend due to relentless water droplets, but the foursome once again proved their pulling power, filling the tent more successfully than any other act over the last few days.

Not ones to go for the lackadaisical approach when it comes to performance they gave it their usual gusto with frontman Rob Damiani using the wooden tent pole to hold onto as he propelled his body towards to enthusiastic audience. Of course, being kinetic on stage wasn’t enough for them. It wasn’t long before he was getting down and dirty with the rest of us, masterminding a group push up session (in the mud) perfect accompaniment to their classic ‘Thug Workout’  – if you haven’t seen the video head to YouTube now!!

I’m sure a lot of mothers will be cursing the band due to the extra clothes filling the washing basket come Sunday night. I’m not sure it will do anything to temper their mood but the muddied clothes were the result of one of the most memorable scenes of Relentless Nass Festival 2012.

I managed to get a little clip of what happened on my small camera….