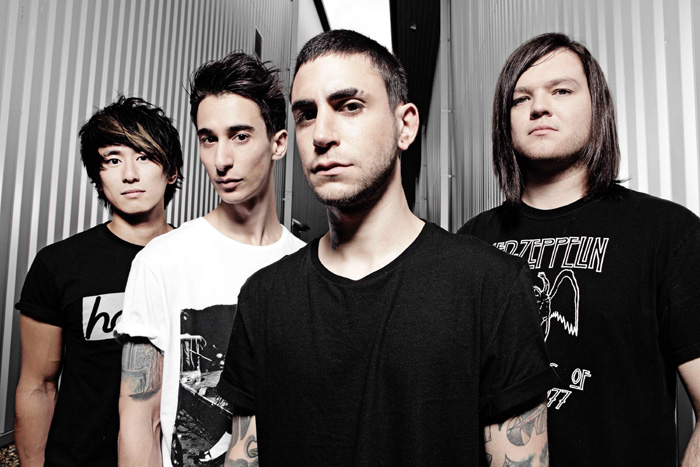 The boys from Modestep were whisked into the press tent pretty much as soon as they arrived on the Somerset site. I wasn’t actually scheduled to interview the guys, but as they were departing the tent and about to embark on their quest for an alcohol fueled energy boost, I grabbed them and asked if they minded one more quick one. The kind young gents obliged.. (thank you!). But please keep this in mind when you watch the interview (severe lack of research time).

They’ve had a pretty strong year so far with singles being played to millions on Radio 1, supporting Rock heavyweights, Lostprophets on their UK tour in support of their new album ‘Weapons’, and travelling to all sorts of far flung locations to perform.

Aiding their success, but perhaps hindering them to some degree also, are the assumptions, preconceptions and miscommunication about what it is they deliver as a band. The fact is that they are still very fresh when it comes to their current formation and they don’t have a defined or resolute idea of what exactly their ‘thing’ is, and what they are going to do when utilizing their musical talents and persuasions over the next few years. Journalists and reviewers in particular like be able to be able to place artists in clear boxes genre wise – making it easier for them to make comparisons – but with Modestep it’s not clear cut. And from chatting to them last night I am confident their existing amalgamation of sounds may become even more heady over the next few years as further experimentation takes place.

Watch the chat below to find out what ‘sonic delights’ the foursome treated the Relentless Energy Drink Nass crowds to,what aspect of Dubstep/Drum and Bass attracted them initially, and how many bottles they dodged and downed during the Lostprophets tour.