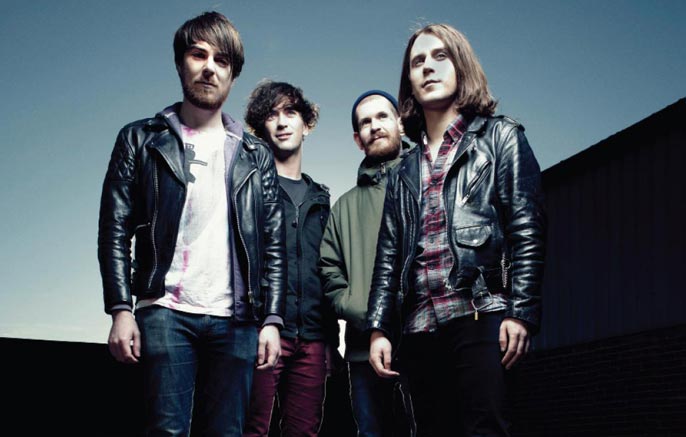 The band themselves have admitted that their formula isn’t for everyone. That said, it has turned out to be a far more appealing recipe than they predicted, with numbers of people buying into their sound reaching increasingly impressive numbers.

Their Leed’s boy’s sound is ferocious, hard hitting, and riff heavy, which aren’t exactly the first words that come to mind when you think or Radio 1’s playlist. However, it seems that they and many others have found that PABH have more than robust noise to offer music listeners. Some have described that broadening ingredient as ‘disco licks’, but the overall thought is that under and in-between the rough terrains are poppy, radio-friendly elements, that are present enough to expand their reach.

In is undeniable that support slots in front of vast audiences for Muse (who asked them personally) and Biffy Clyro, will have helped to build their ever-growing fan-base, particularly as stadium filling, multi platinum selling bands who hold such clout within both the rock and commercial worlds.

But we mustn’t do the band disservice and align their success and acclaim with the aforementioned impressive support slots, after all there is a reason bands like them want them as part of their tour armory.

The band have almost become notorious for their their chaotic stage performances. Chaotic isn’t really big enough an adjective to describe their antics, but lets just say they are animated enough to cause serious injury… and have done so on numerous occasions.

Gil Norton is a name that pops up with regularity when researching and interviewing bands, and until googling Sum 41 all tales had lead to great success in terms of the finished musical results. I was aware that it had been a partnership that worked when working on their latest album ‘Tough Love’, so I was interested to find out a bit more about it and why it proved to be such a a proficient and happy coupling.

To find out how they feel about their upcoming performance at Reading and Leeds, as well as their November tour which will see them joined by Purelove and DZ Deathrays check out my chat below….