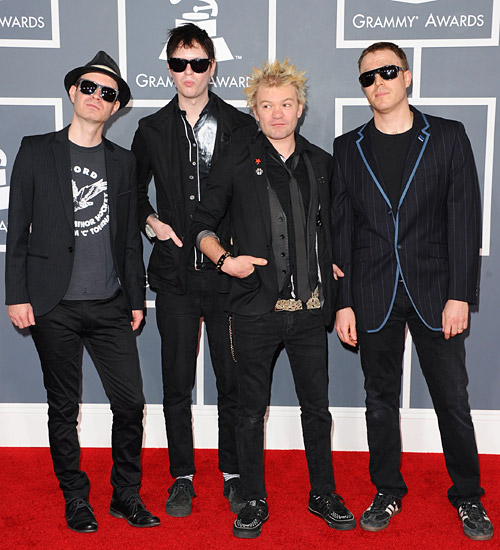 I will always have affection for the Canadian punk rockers. For my friends and I the instantly recognizable first few notes of their biggest UK single Fat Lip will always transport us back to a happy, and somewhat simpler era. Of course at the time we weren’t aware of the relative bliss and carefree nature of this time, absorbed in our inner angst and hormone driven ‘end of the world’ life trials… if only we considered the future joys of bills, mortgages and quarter life crisis’.

Their more recent material may not have the power to rejuvenate like their classics, but it deals with a lot of issues that we all can relate too… however unfortunate that fact may be. As well as capturing these struggles and events, and their aftermaths, through the lyrics and mood of their tracks, their is a mass of visual documentation on YouTube and alike that capture this tumultuous and regularly debauched time that resulted.

As I type this I am sitting in the media room of Relentless Energy Drink Nass after witnessing Sum 41 deliver a marvel of a set – every song fans and even non fans would hope to hear, a cover of Queens We Will Rock you, the more recent tracks, and more than a few glimpses of emotion from frontman Deryk. The band also seemed to appreciate the punters relentless commitment to enjoying the music despite the elements, inviting a few lucky ones on stage to enjoy the show from a prime (and dry) position.

Watch my chat below to find out what they think about English Cuisine, what rules they’d impart if they were President/Ruler and whether they regret any of the memories they’ve cemented forever on the world wide web….