I am still in a state of recovery/doom after my work heavy festival season and despite the obvious allure of Vogue Fashion Night out I could not muster the energy to attend the jam packed evening of stylish events… nor did I want to have to attempt to mix amongst the beautiful peoples, knowing all too well of my current haggard and less than chic appearance. Thankfully the seemingly innately stylish boys from The Tricks came to my rescue, guest blogging their experience of their first ever FNO. Here is their round-up of the night… Hey Editor, are we looking for a drinks blogger at all?

Words by Joel of The Tricks…

This was to be the first time I had visited Fashion’s Night Out and as a consequence I had no idea what to expect! Free Booze? Free Canapés? Freebies?

Within seconds of emerging from the tube at Oxford Circus, I was met by my first celeb (I use the term loosely) spot of the evening; former Page 3 model, Keeley Hazell. Her scruffy appearance led to my assumption that she wouldn’t be attending FNO; Jogger and Ugg boots just ain’t gonna cut it at this kinda shindig. We joined the throng walking down New Bond Street with the vague idea of heading for Burlington Arcade. 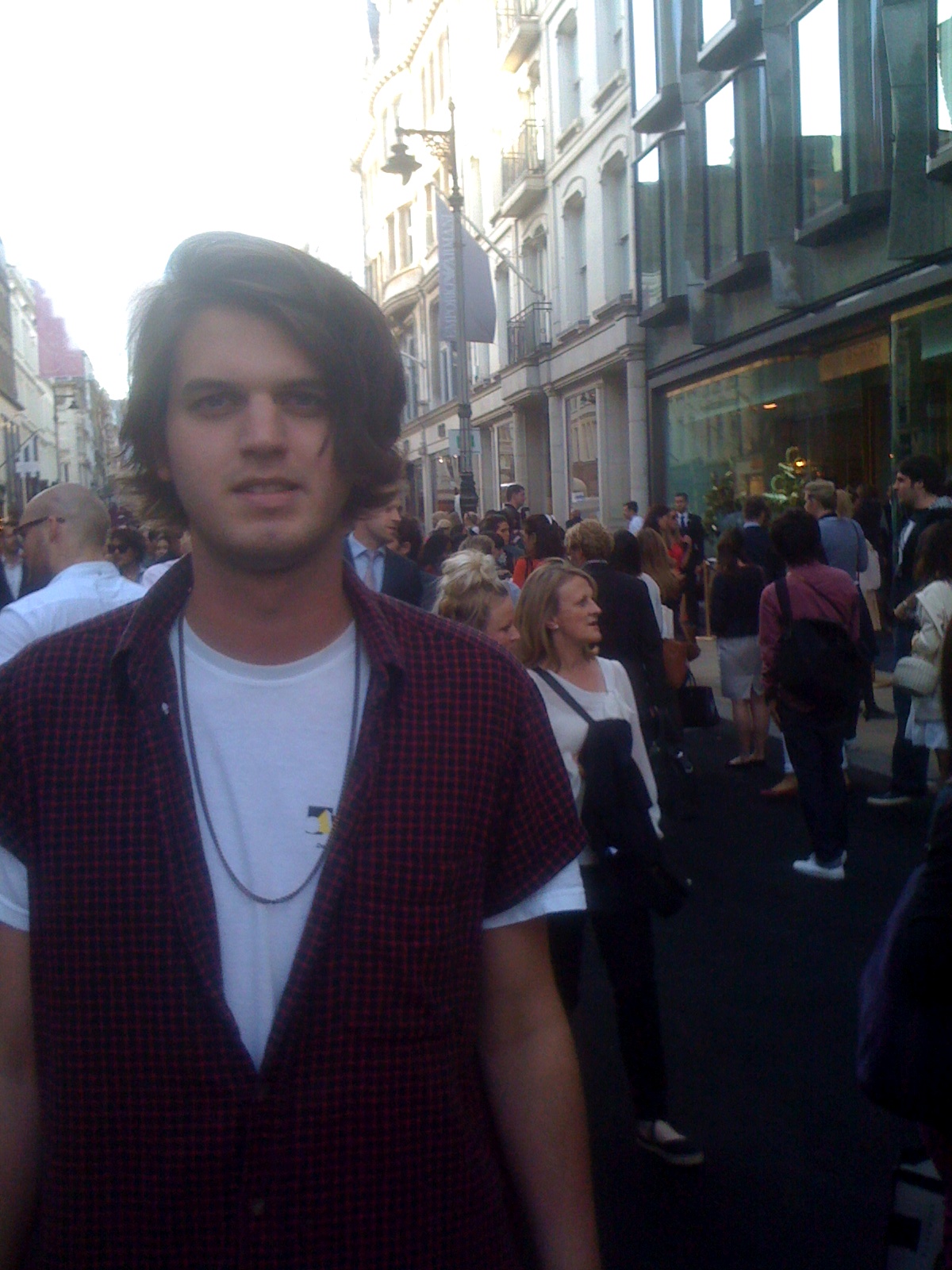 We ended up turning down Conduit Street where we saw the Nicole Farhi store; a smartly dressed young man stood at the door tempting us (semi-alcoholics) with a full tray of Champagne. So we went in. 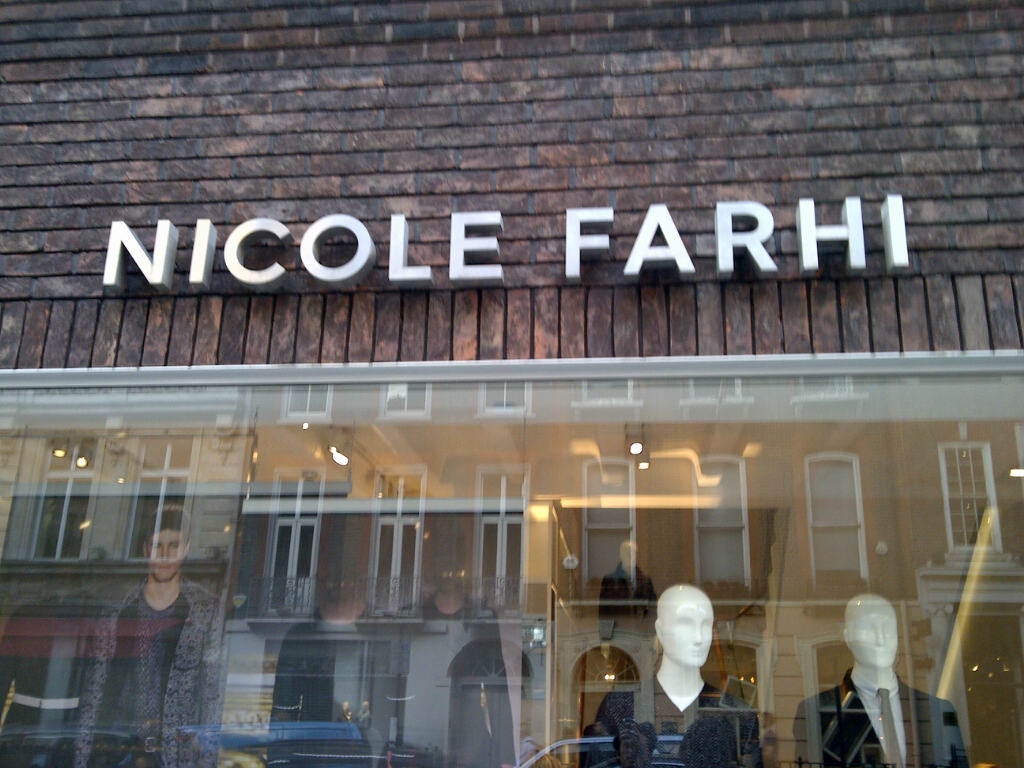 We nabbed ourselves a glass each and headed upstairs to the men’s section. We were followed up there hastily by a shop assistant- I couldn’t work out whether she was making sure we didn’t nick anything or she was hoping to sell us something. But at these prices, as struggling musicians, it was always more likely to be the former rather than the latter- we were never going to afford any of this stuff! We contented ourselves by looking at expensive shirts (and pretending we could afford them) and trying on sunglasses which were way out of our price range (as modelled beautifully by Eliot). 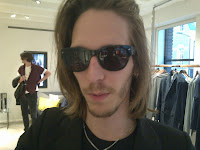 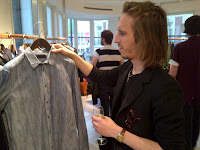 We sank our Champagne then headed across the road to Vivienne Westwood. 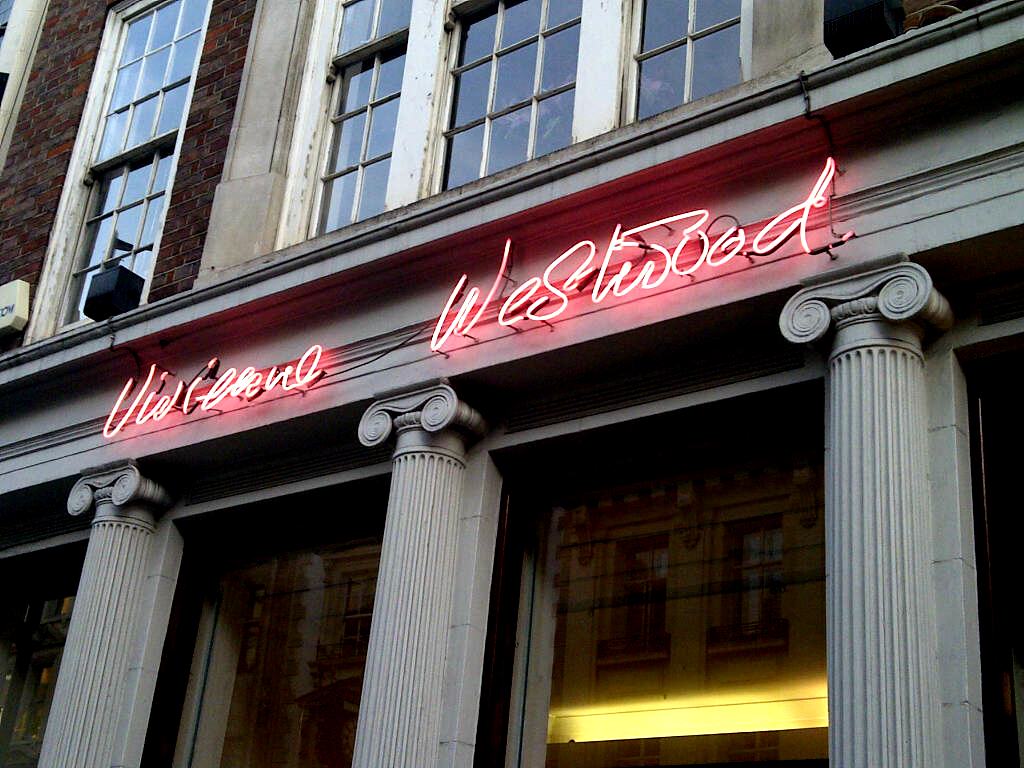 The drink of choice here was described to us by the waiter on the door, in an extremely long-winded and pretentious fashion. By all intents and purposes it was Gin and Tonic- a nice change from Champagne but also a dangerous thing to be drinking so early in the evening. I usually leave it until at least 8pm before I hit the spirits… On this occasion John skipped the drinks and went straight for the cake. Each to his own… 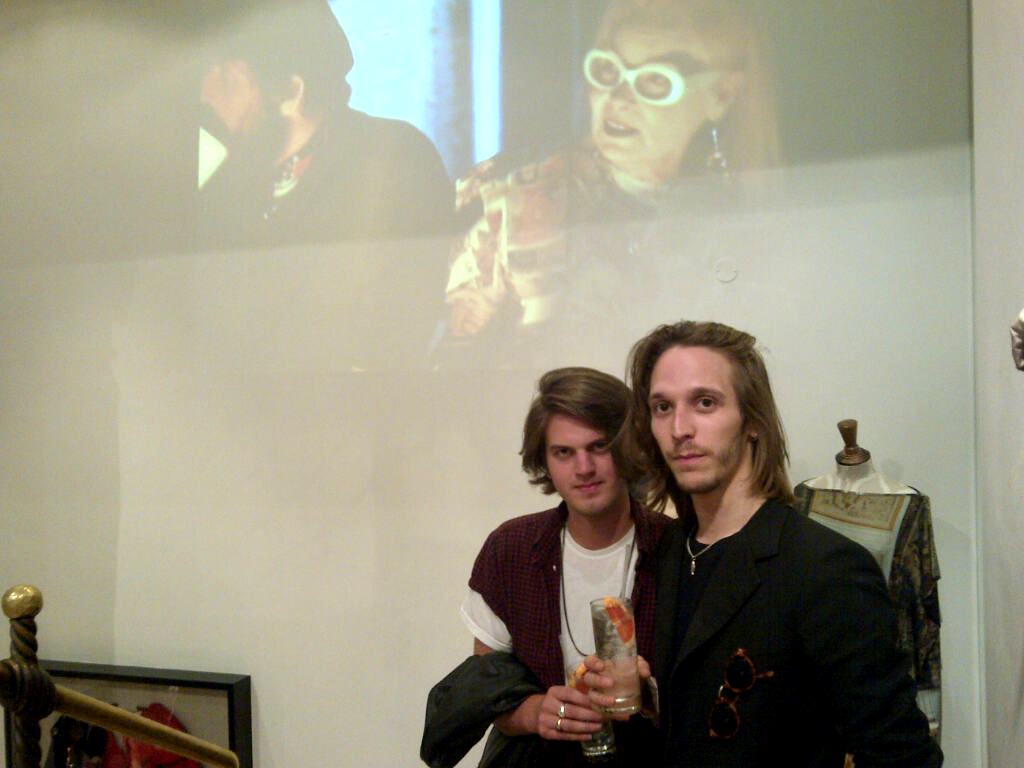 By the time we left Vivienne Westwood it was time for the MTV Brand New party at the Emporio Armani store. Celeb spot number two and three came in quick succession, Henry Holland and Pixie Geldof. A little underwhelming perhaps but one step up the rung from Keeley…

We arrived at Armani and got in the queue (a queue! The OUTRAGE!). Just before we got in we saw Wretch 32 skulking around outside, whom, just to let you know, looks very tall in real life. We also saw a man who looked like Will.i.am but, heart-breakingly, it wasn’t Will.i.am. 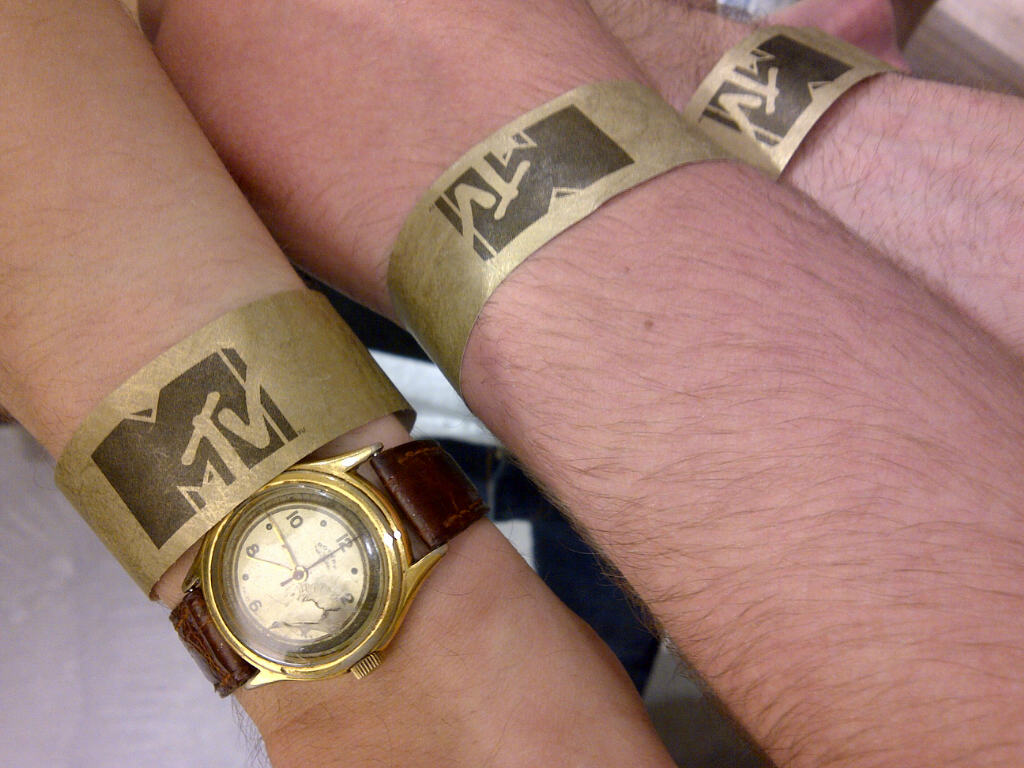 Once inside, the choices of drinks were straight forward; Nastro Azzurro or vodka. Anticipating a long night we hit the lagers. 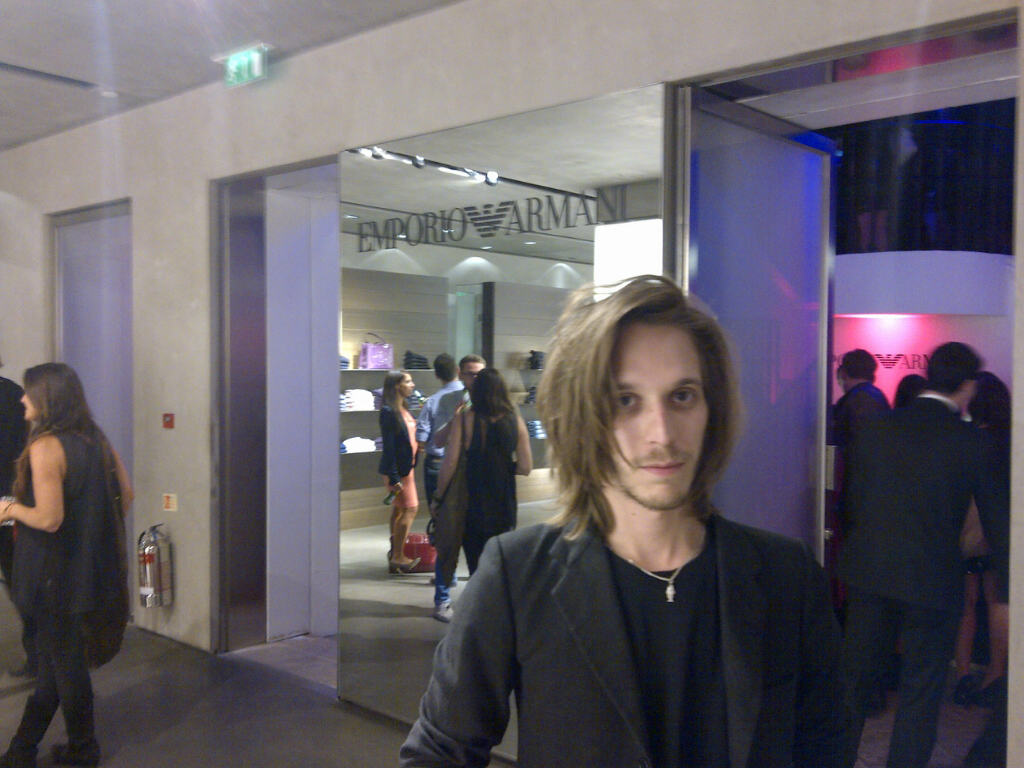 One of the highlights of the party was a performance by Jessie Ware; her track ‘Wildest Moments’ has been a favourite of ours for a while and it was great to hear it performed live. As the night wore on lots of great musicians whom we respect turned up including The Vaccines, King Charles and Labyrinth, who also performed at the event. 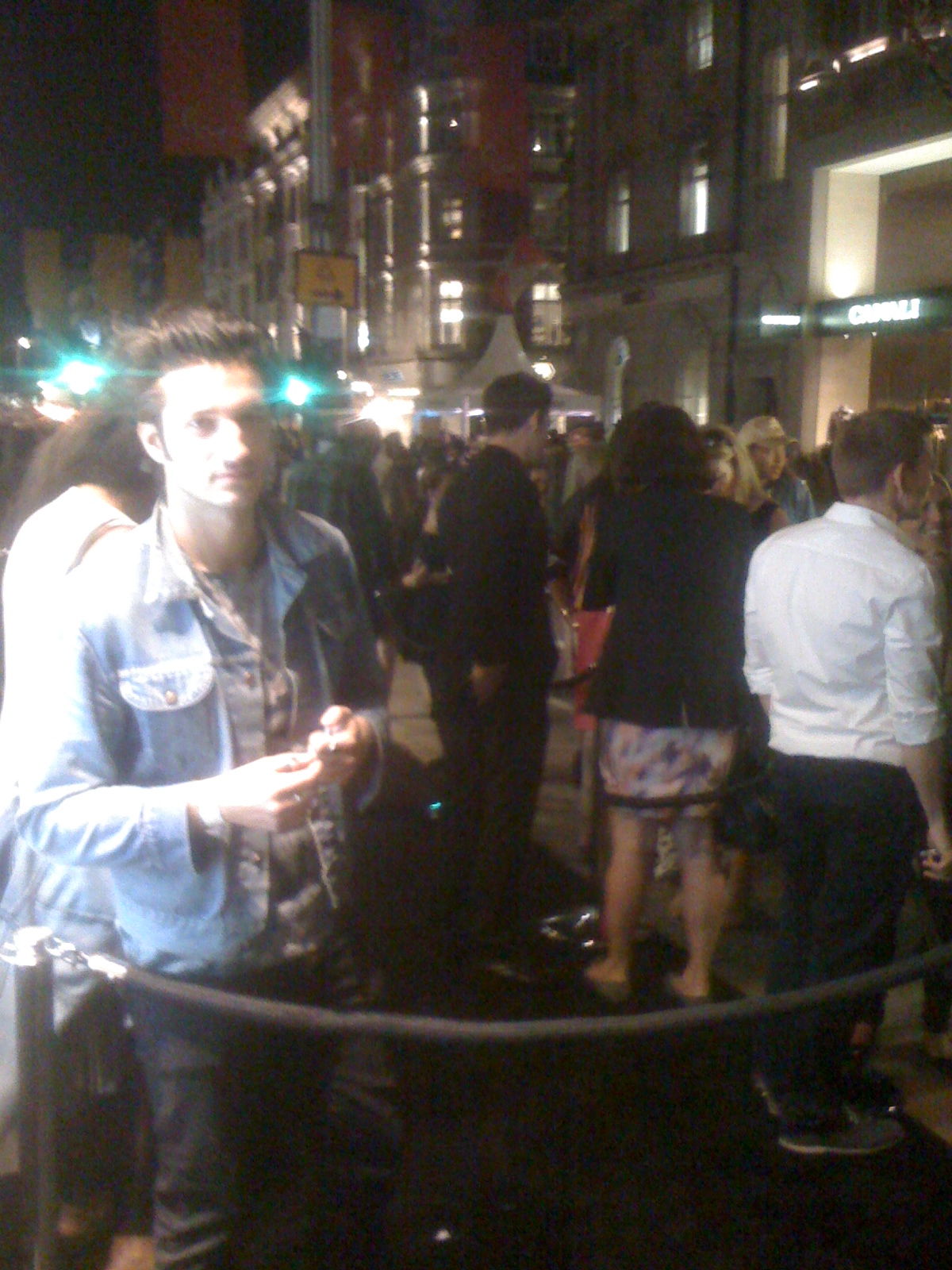 To top the night off wonderfully, we were given a gift bag which contained His and Hers Emporio Armani Diamonds… something to flog on EBay isn’t it?! In all seriousness, it’s actually an extremely nice aftershave… thanks Armani!!! 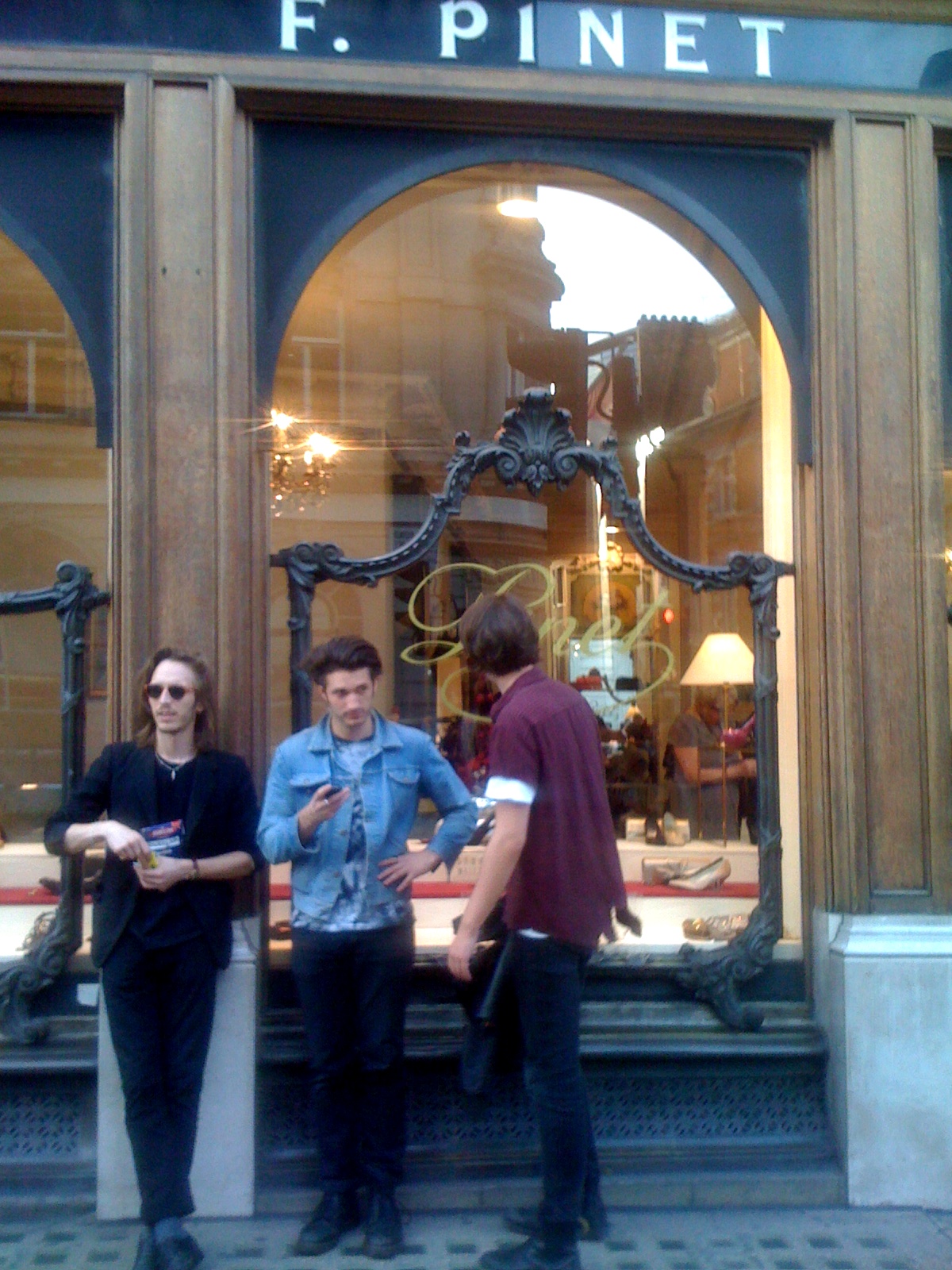 After a few Vodkas to tip us over the edge we all flounced, half-cut, into the night. All-in-all a great night, see you next year!