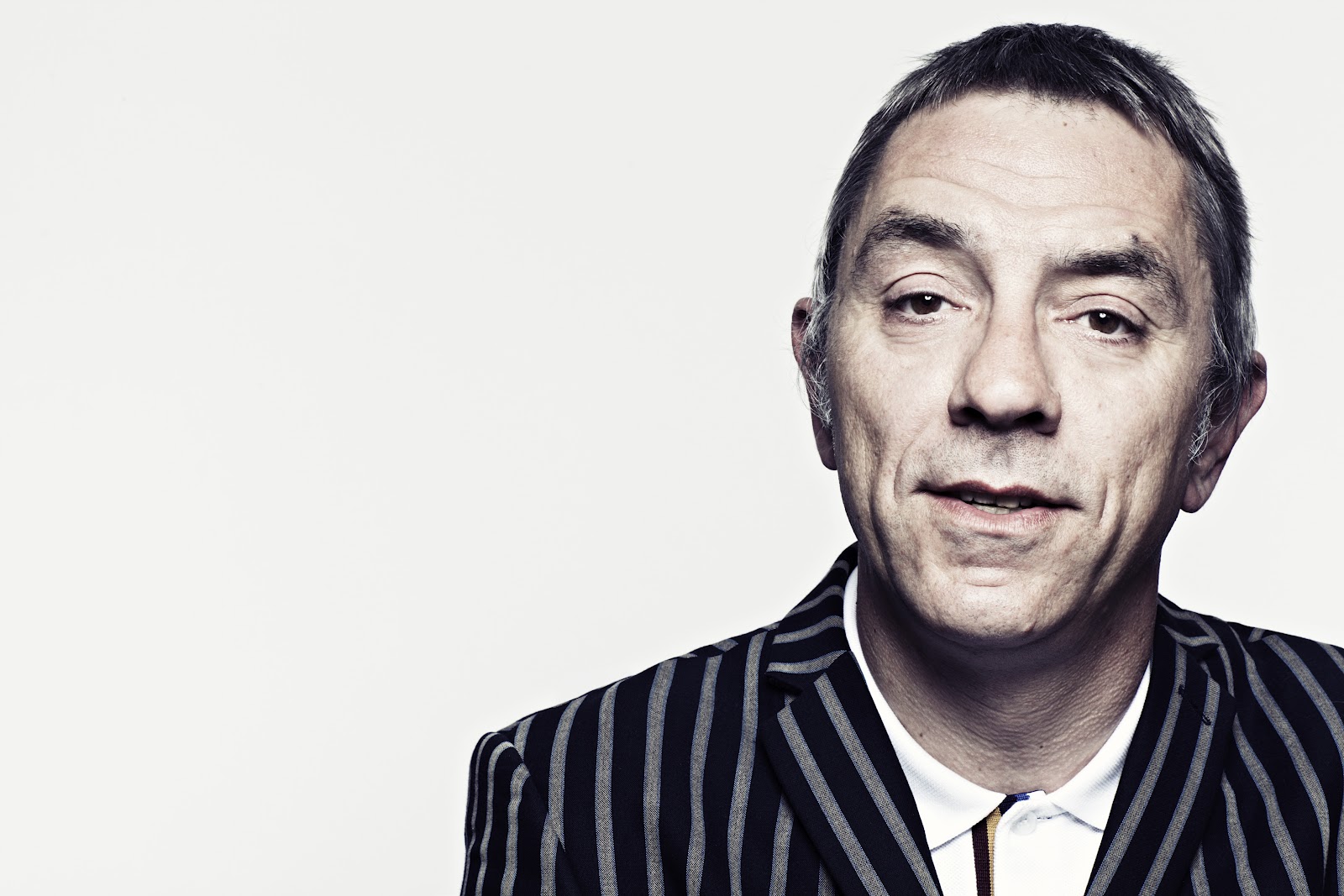 For those that can’t get down to the space on the first floor of the Ben Sherman Store, can you describe what can be found there?

Well, we have sourced a few hundred copies of super interesting vinyl reissues and new ‘deadstock’ from around the world, there’s a thousand or so pre-owned vinyl singles and albums and finally, as comprehensive selection of rare Acid Jazz vinyl as you might expect.

You hand picked the selection of pre-loved vinyls. How did you approach deciding on what made the cut. What boxes needed to be ticked?

Was it a very lengthy whittling down process? Actually, it didn’t take too long as I have a number of friends who deal in old and hard to find records – we put our heads together to get a nice mix of super-rare and the kind of classics that would appeal to the non-collector (Stones, Kinks etc)…music-wise it is prominently soul, jazz, blues and R and B with a healthy selection of mod stuff as a nod to Ben Sherman who own the space!

It is the 25th Anniversary of the Acid Jazz label. Occasions like this tend to make you mull over the successes and failures of the duration. What moments stick out as the most triumphant and the most difficult? 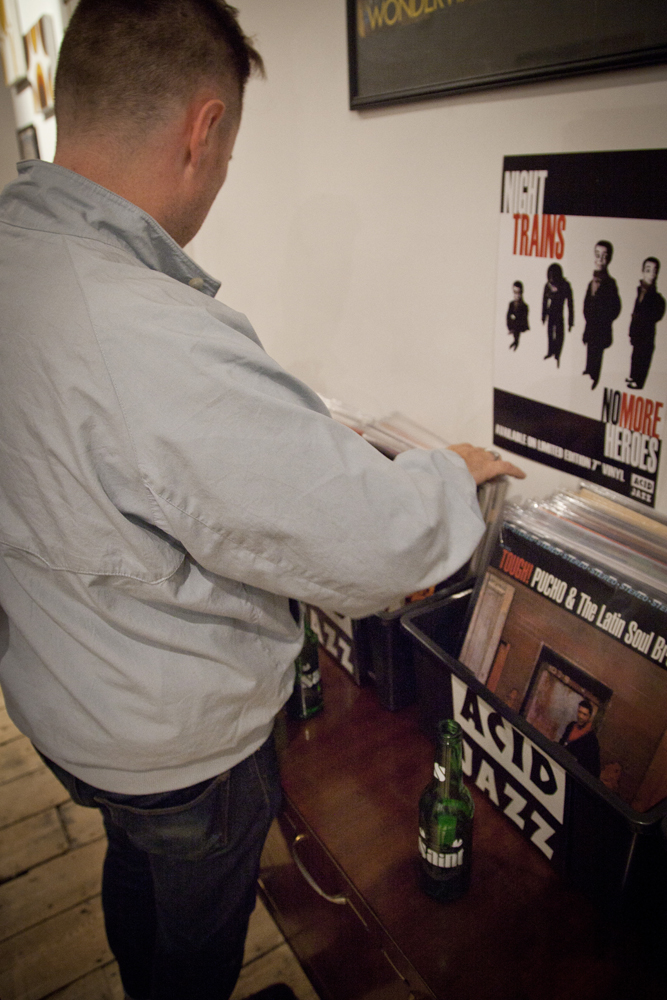 Easy to answer. When things go right at an indie, they can go extremely right. One artist we got it right with was Jamiroquai – one I would like to forget was the album by Cloud 9, a band put together by Mark Brydon who later established Moloko. The album was brilliant and destined for the charts – unfortunately, there was an uncleared sample on the album and the publishers came down on us like a ton of bricks. All 8,000 pre-sold records and CDs were confiscated on the day of release and destroyed, the band split in the resulting chaos. Disaster.

In 25 years we have released hundreds of records and on the whole, I’m really proud of most of them!!! 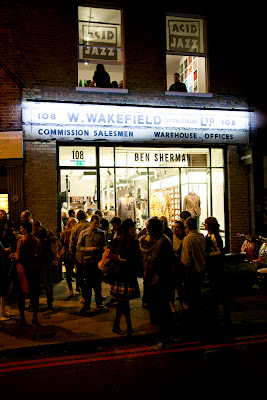 When you first started the label it was alongside Giles Peterson. He later left to establish Talking Loud. You don’t seem to be someone who follows, you appear to be someone that initiatives things, but how did you feel about continuing on your own with the label?

It was a simple decision. I had already worked at major labels and I didn’t like the way they treated music, when the Talking Loud offer came along it was perfect for Gilles but I would rather have carried on as an indie on my own. Having Talking Loud there in the early 90s was great for us and our scene. Competition was often intense between us and I think it drove the scene to new heights.

When signing people to your label, did you have a natural instinct about acts like The Brand New Heavies and Jamiroquai. What factors did you consider when it came to signing artists, and how has that changed over the years?

I think A and R is a natural ‘gut feeling’ thing, but sometimes it helps to be a marketing expert. Simon Cowell is feted as an A and R genius, but I would say he is a genius marketeer. His music success before X Factor was Zig & Zag and Robson & Jerome – novelty acts and very formulaic – hardly great art. I have always believed that you don’t actually discover anything, you are just lucky enough to be in the right place at the right time and notice greatness as it walks past.

Shoreditch/Hoxton is now known for being a creative hot-bed . Can you describe what it was like prior to opening The Blue Note, and what changes you saw as it started to become a popular haunt? Where do you predict might be the next place to be given a lift that way?

Ha!! Hoxton in 1992 was a cultural desert. One pub, a sandwich shop and a taxi firm. There were two clubs, The London Apprentice (one of London’s biggest gay clubs) and the Bass Clef. The latter had gone bankrupt and was virtually derelict when I bought it and gave it a makeover. The idea was to create a cultural center with studios, a gallery, club, bar and cafe. It worked surprisingly well and soon brought people in from all over London who liked the non-house music policy – five glorious years!!!

Dalston and London Fields have already been targeted but the wonderful thing is that you can never predict anything; it’s usually natural and influenced by a random factor (such as the Blue Note) – Shoreditch/Hoxton had a terrible reputation since the war, a violent and unwelcoming place…I’m glad to say it changed some time ago!!!

Despite the ‘advancements’ in how we access, own, and listen to music, everyone still loves vinyl. Do you think everything will come full circle eventually and things will revert back?

No – you can never turn the clock back – what has happened is that we have seen vinyl become the premium format. It used to be seen as an irrelevance (much like the CD single, cassette and 8 track) but with internet piracy and the decline of the CD you have seen people looking to the vinyl format and making records special – super artwork 180gram pressings, strictly limited etc. Add that to the fact that there have been vinyl obsessives in this country since the 50s and you realize that there will always be a market for it.

Acid Jazz has been the spearhead for new movements and spawned new genres. In years to come do you see any of the current scenes being looked back on as being history making and influential?

No, not really. I think youth culture has been in decline in this country for a number of years – quite simply, people aren’t as interested – the underground has got smaller and the mainstream has got massive. I think the classic national zeitgeist movements like Teddy Boys, mods, new Romantics and Soulboys have gone. They will always be around but I don’t think we are going to see massive explosions in youth culture again. The media get onto anything new too quickly these days and don’t really allow enough incubation for new artists to learn their trade before the whole thing is pushed overground by the majors and the media

I am commonly discussing the problems with the music industry in 2012 with interviewees. If you had the power to make the changes what would you do to improve it?

There are better minds than mine trying to work out how to prevent the collapse of our industry. What I would say is that if the government and the majors don’t work out how to stop online piracy, then our industry is finished. There will always be record companies but they will become more like a cottage industry. The other shameful thing is that with the sale of EMI records to the French company Universal, the country that gave the world The Beatles and shaped music since the 60s won’t have a single British owned major record company. Shameful!

You are often called upon for soundbites or for your knowledge on all things Mod related. I guess you don’t wake up and think I’ve got to dress in a mod style… you are just dressing how you want to dress naturally. Are you critical of people or musicians who clearly take inspiration from the era and culture?

Ha! The complexities of the British relationship with mod culture are too many to address here. all I know is that it has been around since the late 50s and always found its way to the heart of our culture, more so now than ever. I love the fact that young artists like Miles Kane are taking inspiration from the same places as I do. Bradley Wiggins is more mod than anyone I know! How good is that!!!!

There are people that are very obviously influenced by it all, but are there more subtle ways that the movement has influenced culture or society?

I do genuinely believe that mod has influenced all the arts – particularly in the 1960s. Photography, Art, Fashion, Music, Design, Television – but look at the cultural waves made by someone like Paul Weller in the late 70s or the Gallagher Brothers in the mid 90s.

A lot of current bands are making limited editions vinyls. Are there any newish bands who people might be surprised to find pop up in your vinyl collection?

No. Surprisingly, I don’t buy a lot of new records. I get sent an awful lot of material from new bands to my Q Radio show but no-one sends vinyl to radio stations anymore as most stations don’t have record players!!!

My love is for old soul singles and I tend to buy around four a month these days for my DJ sets. They usually cost more than a hundred quid and can be as much as 400! The soul reissue scene is quite healthy at the moment so I get quite a few of them as they only cost a tenner!!!

Apart from Ben Sherman, where else do you shop?

I love browsing round Spitalfields Market in the week – the most wonderful selection of beautiful things from the past! I collect vintage shirts and silk scarves too!

If you could have written/performed any song which would it be?

It would have to be ‘Ain’t No Mountain High Enough’ by Marvin Gaye and Tammi Tyrell – I’ve sung along with it more times than I can remember during DJ sets over the years. A wonderful song and a breathtaking performance from both of them.

With so many bands self releasing their material, what do you think is the future for labels?

As I said, I think music will become a cottage industry within the next ten years or so. Fewer majors, fewer indies, very few shops. Bands will always need help marketing and there will always be a place for majors and indies to create demand. Self releasing records is a great way for bands to get attention and maybe get picked up by a label. You need experience if you want to put records out!

I can never really answer questions like this because my taste changes every day. Also, I have over 20,000 records and I like nearly all of them or i would have got rid of them by now!!! ‘Move On Up’ by Curtis Mayfield would always be in there though as it is such an amazingly uplifting record. I love old Rocksteady so would try to include something like Baff Boom by The Tennors or a bit of reggae like Border by Gregory Isaacs!!!

What is the best gig you’ve witnessed?

Stevie Wonder, Herbie Hancock and Hamish Stewart jamming on stage with The Brand New Heavies at a 200 capacity night club in Los Angeles in about 93. Extraordinary! The Jam’s farewell gig in Guildford was pretty special too.

What is your opinion on TV talent shows?

I think that talent shows like X Factor are important for their entertainment value, but one should never make the mistake of thinking that art can be created in this way. It can’t – there’s substantially more to the process than a sad story and a Gary Barlow song. It’s a shame that they tend to have taken over television as it has meant the amount of proper music on television has reduced to a rump of Jools Holland in the middle of the night. It would be better if the BBC brought the Old Grey Whistle Test back – something where new bands can perform and gain exposure. I’m not holding my breath though.