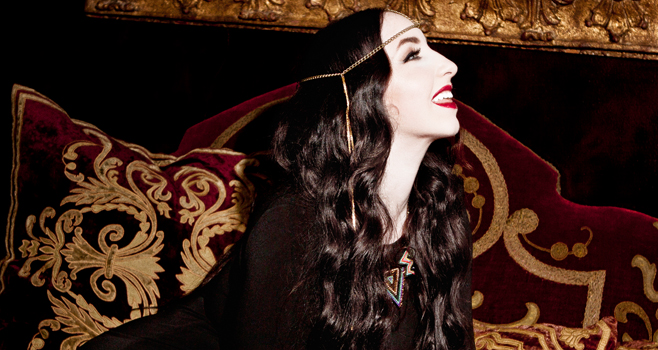 Up-and-coming DJ and producer, Sarah Young is teaming up with The Big Reunion for the first time presenting the festival’s exclusive behind the scenes interviews. I met this busy young lady a number of years ago when styling at one of her events at Boujis.

Dubbed
by the Guardian as the “Katy B of Global Bass” and compared to artists
such as M.I.A by MTV, Sarah Young is a London based DJ/Producer who
specializing in global bass music and Moombahton.

Sarah
had her first break playing alongside Chipmunk and Natty at a headline
show in Tottenham and has since worked with influential figures and
international producers and artists including Oliver Twizt, and Dynamite
MC. Having been surrounded, from birth, by a diversity of music styles
from Indian sitar music to Brazlian Bossa Nova, it’s no surprise that
when Sarah hit her 20s she discovered Global Bass and with that, her
musical identity.

Sarah’s
attitude personifies the good times, great music and hardcore people
that make up The Big Reunion, and her passion for music means she’ll be
the perfect host for the backstage video snippets.

She
won’t just be behind the velvet rope though; Sarah will be out and
about chatting to punters and getting the scoop of what’s going down at
the Big Reunion.

The UK’s biggest indoor winter music festival, The Big Reunion,
returns for 2012 offering festival goers a diverse blend of dance and
DJ talent with a unique clash of live music. Hosted over two weekends 16th – 18th November and 23rd – 25th November, in Butlins, Skegness,
The Big Reunion presents a weekend like no other. Famous for it’s 360
degree music policy, it signifies the grand finale of the UK festival
season!