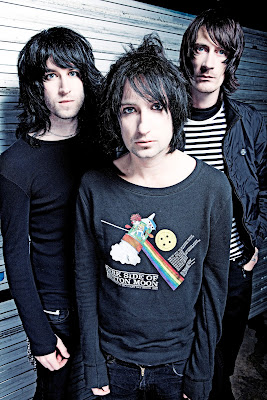 LostAlone are set to release a festive single, “I Want Christmas Always” which will be available via iTunes on 16th December 2012.  The track, debuted by Matt Stocks on Kerrang! Radio, will come with accompanying B-side, “All (Lost) Alone On Christmas” (originally written by Steven Van Zandt for the film Home Alone 2).

Listen to “I Want Christmas Always” streaming now on the LostAlone Facebook page www.facebook.com/lostaloneofficial/app_178091127385.  Look out for a video coming soon!

See both tracks performed live at their hometown Christmas extravaganza at Derby’s Assembly Rooms on December 21st as the band celebrate an extremely successful year during which they released and toured their latest album, “I’m A UFO In This City”.  Support on the night comes from Fearless Vampire Killers, Follow You Home and Crushing Blows as well as Kerrang Radio DJ Matt Stocks. Grab a ticket while you can by visiting www.thevictoriainnderby.co.uk/lostalone.

Fresh off a UK arena tour with Evanescence and The Used, LostAlone recently announced the following headline shows for early next year:

Tickets are on sale now, direct links can be found at www.lostalone.com/tour.