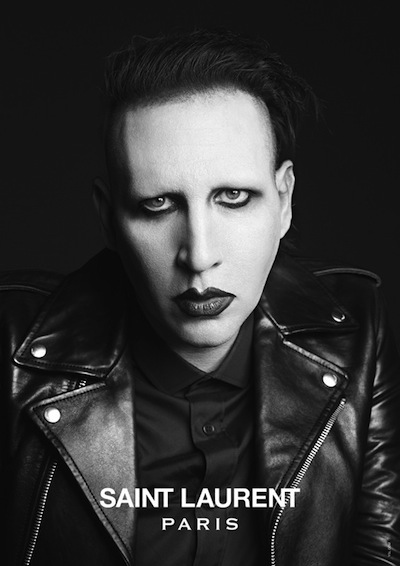 Yesterday my fashion heavy Twitter timeline was filled with opinion regarding the news of YSL’s new, rather unexpected, campaign faces.

For the A/W 2013 campaign we see the weathered but characterful faces of Marilyn Manson, Courtney Love, Kim Gordon and Ariel Pink style themselves for the ‘Saint Laurent Music Project.’

The forward thinking Slimane had made it very clear of his love of music and the accompany culture throughout his career. In the past he has not only been trusted with clothing the likes of Mick Jagger, David Bowie and The Kills for various performances, but he also cast musicians as the models in his debut menswear show for YSL.

The casting choices are particularly fitting upon realization that the the collection in question is honouring the much loved grunge era, which Courtney’s late husband was undoubtedly at the helm of. We see attempts and versions of this era every season, with many designers mixing plaid, leather and denim, adding beanies or toughening up or vintage dresses somehow. However, Ms Love believes that YSL have nailed the look where others have fallen short. 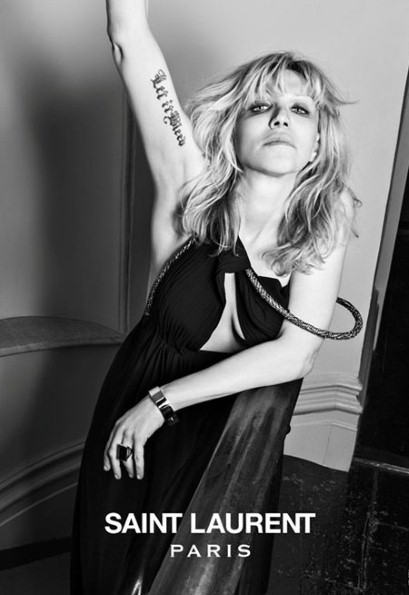 “No offense to MJ [Marc Jacobs] but he never got it right,” she posted on Facebook. “This is what it really was. Hedi knows his s**t. He got it accurate, and MJ and Anna [Sui] did not.”

As with most musical scenes and the fashion movements they created a large chuck of is about a mindset, the opinions, a certain attitude. King Kurt believed there was no bigger crime than not being authentic, so what would he think about people trying to buy into the grunge scene through fashion alone.

I personally adore the black and white images, and I think they have been incredibly savvy…. after-all how much internet chatter has been created by the surprising casting choices?