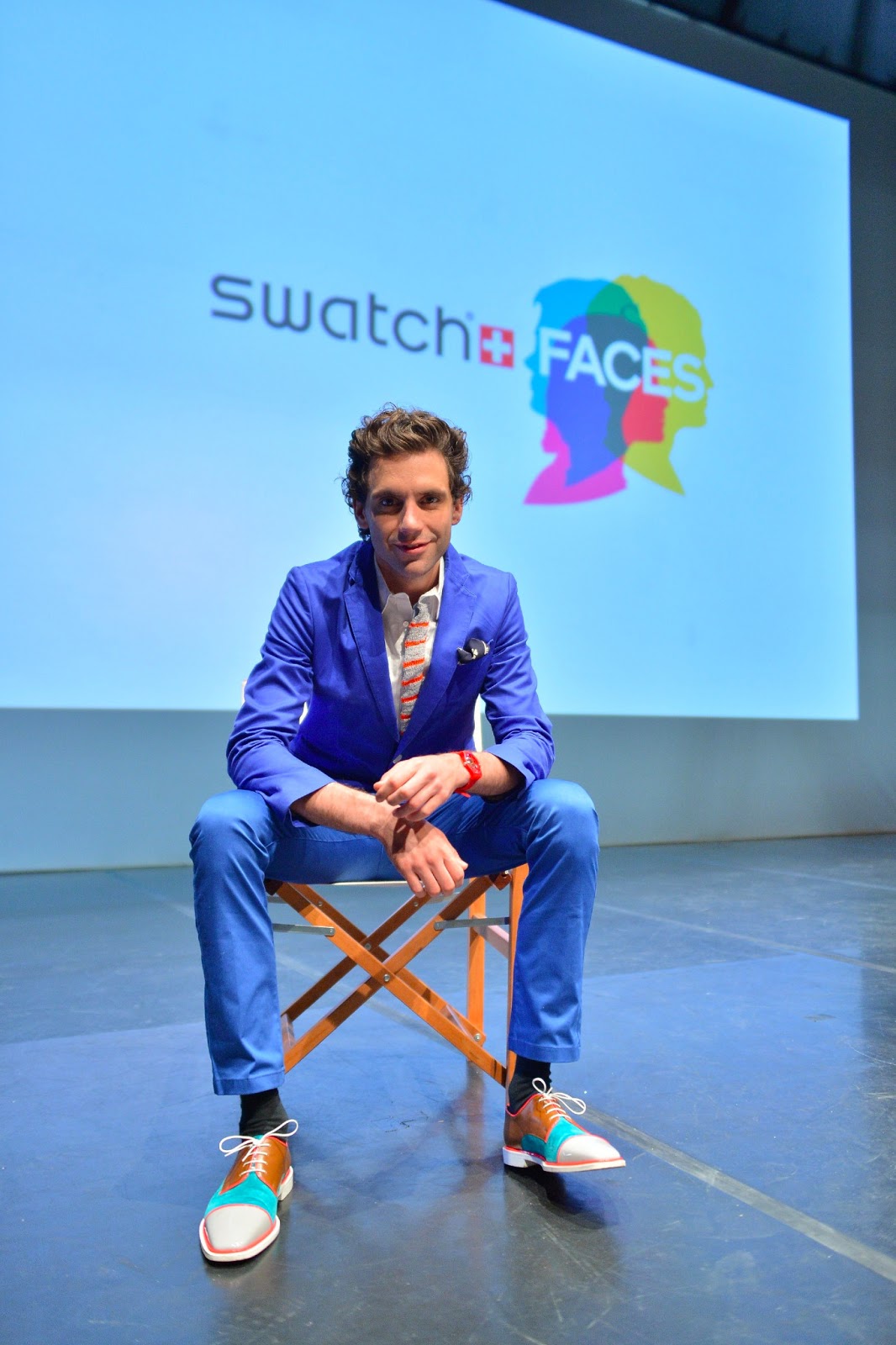 Legendary watch brand Swatch have announced a
partnership with recording artist Mika. Renowned for being creative with
his visuals, always displaying a hearty dose of fun,  Mika feels like a
perfect partner for Swatch, a global brand similarly admired for its
quirkiness, vibrancy and colour. There is another significant link
between Swatch and  pop star, too: 2013 marks the 30th anniversary of
non-stop innovation from the iconic Swiss watch maker, since its launch
back in 1983, and Mika will also celebrate being 30 years young! I have to be honest that I am not exactly the biggest fan of Mika, in fact one of his songs really got on my wick, but I have to admit that this does feel like a good match, I have admired his video work and I know a lot of you will be excited about the collab.

The
partnership between Swatch and Mika comprises of a succession of
exciting interactions between both parties. Firstly, you may have
noticed Mika sporting his Touch Blue watch in his latest video for
Popular Song . This marriage of music and style then resurfaces in the
TV advertising campaign for the Swatch Scuba Libre collection, which
launches on June 1st and features the track Underwater, from Mika’s most recent album, The Origin of Love.

As
of May 2013, for the second time, Swatch will be partner of the 55th
International Art Exhibition – La Biennale di Venezia and is pleased to
be accompanied by Mika. The singer is notably featured within the
amazing SWATCH_Faces concept, which is the signature theme for Swatch’s
presence and partnership with this world renowned exhibition of
contemporary art. SWATCH_Faces is also located in one of the two
principal venues of La Biennale di Venezia, the historic shipyards known
as the Arsenale, and is realized by a specially created wall of art,
showcasing images of 30 people whom, as with Mika and Swatch, turn 30
years young in 2013.

Conceived
as a visual statement to celebrate Swatch’s decade-spanning commitment
to creativity, innovation, provocation and its long-standing support of
the arts, this Arsenale-based art wall features photographs of 30
carefully chosen individuals all born in 1983, each of them proudly
wearing their favourite Swatch and each of them represented by a
separate stunning portrait.

The
multi-media collaboration between Swatch and Mika will further evolve
later this year when the singer brings his unique  style flair to a
special watch design.

Mika comments on the partnership with Swatch:

‘Swatch
is such an iconic brand. I have always admired their creativity – from
their classic and pure designs, to their exciting and wacky
collaborations with artists. It’s a design brand that has been able to
reflect every decade since it launched, while remaining incredibly
consistent with its unique design principles. I grew up with Swatch and
have been a fan for years, so to be one of the 30 people chosen to
represent the brand at their 30th anniversary is brilliant! I look
forward to seeing what the next 30 years will hold, too.’