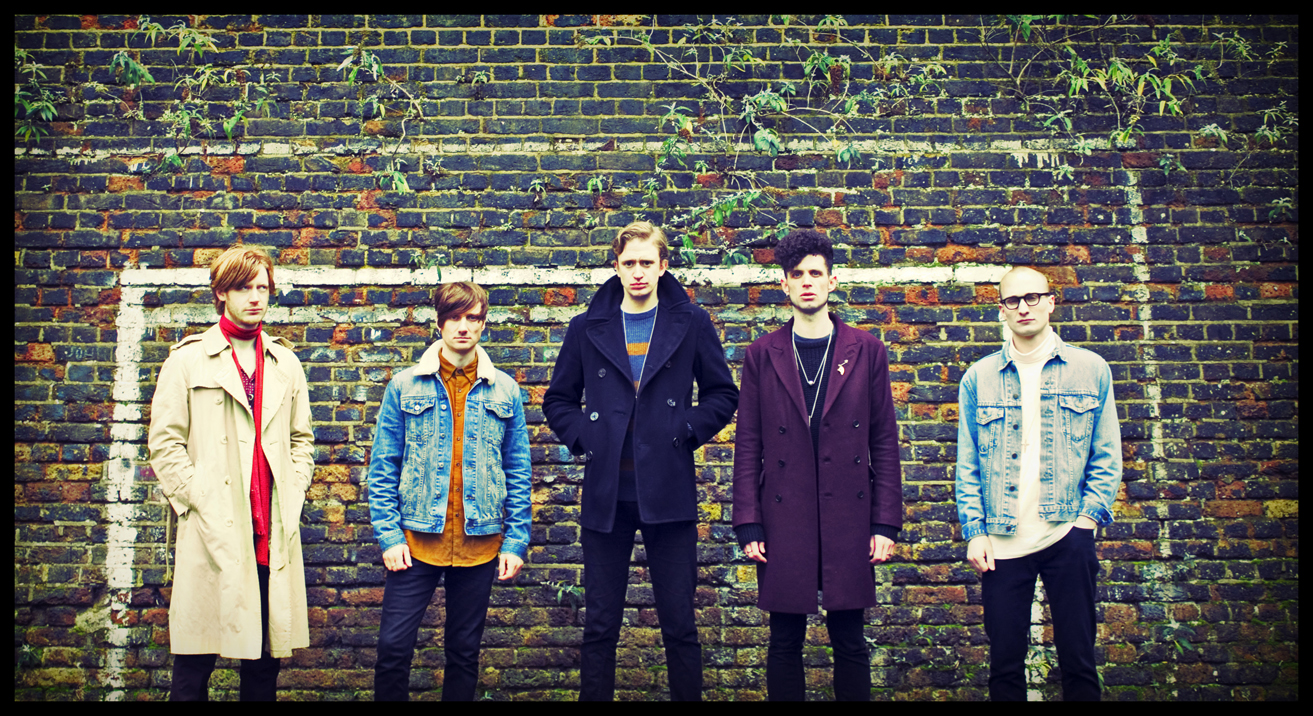 Can you give me a potted history of your formation….?

Young
dreamer Lou Vainglorious leaves his home town of Southend in search of
musical adventures and haircut acceptance in the big city. After much
experimentation and various line ups a band called HOODLUMS exist no longer only in his imagination.

One
of your mutual loves is Prince. He is an artist renowned for his
sexiness (sexual lyrics/videos/performance too). Do you think there
should always be an element of ‘sexy’ in music and do you think you
bring it?

These
days I’m less concerned with Prince’s sexiness or anyone else’s for
that matter, I honestly connected with Prince because of his musical
ability, and thirst for experimentation. My favourite lyrics of his are
for tracks like Sign O The Times and The Cross……they are not really
sexy, they are just amazing, soulful, sad and otherworldly songs.

I do indeed enjoy sexy music but I don’t often want to deconstruct it and consciously apply it to our work.

Performers
like Brett Anderson and Robert Smith, who I know you are fans of, had a
mystery about them – to many they were weird and androgynous. What
about your band will keep people guessing and keep them intrigued?

Aside
from anything in the songs – vertical hair, shyness and an abundance of
nervous energy seem to be working a dream. Seriously though I don’t
think we want to give everything away right now, I like people to
connect with the music and the live show in the first instance.

Will you try to maintain an aspect of mystery as your press team increase your interview and social media duties?

I
would imagine as our profile build’s I’ll slowly loosen my grip on
reality/media duties just like most of my hero’s but its difficult to
speculate at this stage?  I’m prone to speaking my mind!

You
have played some of London’s greatest  small venues , The Barfly, Queen
of Hoxton etc. But you are now getting more and more opportunities to
play the larger ones too. Having experienced both have you decided to
ensure you will always make a point of still playing those intimate
sweaty venues?

Of course, I love the small shows as much as the big ones but for different reasons.

Smaller
venues and promoters have been good to us over the last few years and
it would be great to be able to pay that back to them as our profile
builds. That scene is very important to British music and needs to be
supported by bands and fans alike

There’s
no other ethos apart from having fun and playing with passion. It’s a
privilege to perform with this band at all times and I’ve got a
bottomless pit of enthusiasm and energy for it.

From
watching the Anything Goes video you don’t appear to mind moving about
and gesturing while you perform. How would you describe what you do
live?

Rehearsed
intuition is how I like to think about it. I move, sing and play
without thinking when its at its most effective, but it takes a great
deal of experience before you can switch off and let the performance
happen. The band are such committed and talented musicians too it’s
sometimes easy to feel invincible onstage.

How important is style and visuals be to you?

I
never think of myself or the band as being ‘stylish’ in the obvious
sense of the word but we definitely love clothes. I’ve always believed
that you can look unique or even iconic onstage by wearing some pretty
ridiculous stuff. I’ve got clothes I brought from charity shops when I
was 15 that I still wear.

As for HOODLUMS
visuals we all really care about those, I personally designed our score
logo by hand with spraypaint and our guitarist Tino made some pretty un
nerving rorschach images for the front cover of our ‘Virtue’ EP.

The first bite is with the eye.

Bands
of many different genres are opting to add a key/synth member to their
line up. Do you believe this is purely to add another dimension and
layer, or do you think people are yearning for a past era of music?

I
can’t speak for other bands but for us its definitely not a retro
thing, if anything it was a way for us to experiment further with
atmospherics and texture’s within the parameters of rock and roll. We
all love electronic music, from Boards Of Canada to John Hopkins but we
also love stuff as organic and direct as Queens Of The Stone Age and
Kurt Vile.

The
release of your EP ‘Virtue’ is drawing near. I imagine it has been a
labour of love. How are you feeling ahead of the release?

We
are just super excited to be at this point and be able to release some
new music. We also have an album nearly finished which we will be
putting the finishing touches too after the tour. The EP is kind of a
indicator of what’s to come from HOODLUMS.

We’ve
definitely found our sound and that’s taken a years to achieve. I guess
you’re kind of written off in the music industry if you’ve been around
for a while and not blown up but historically most significant bands
have walked that path…..from REM, The Stone Roses, Suede, Nirvana,
Oasis to The Libertines.

Are there any lyrics, themes or tales in the songs you are apprehensive about putting out there?

I
was a quite gloomy lyricist in my formative years and a lot of that had
to do with being poor, unemployed and not having an obvious place in
society. Now the majority of the album is done I can see that’s no
longer the case, there is a more hopefully and aspirational quality to
these songs.

I
think a lot of that has been born out of trying to make this band work
and staying a gang despite the problems the country and indeed the music
industry is having.

As
unfashionable as it sounds the record is about never giving up, not
losing your ideals or identity in a society that is becoming ever more
cut throat. That may not be the coolest notion, but I think
determination and hope are two things HOODLUMS want to put out there.

As
a band what is your mission. To simply make music you like, music for
others, make statements, shock, get the party going….?

We
want to give people an escape on record and a release at our show’s. We
want to perpetuate positivity, togetherness, sensitivity and
empowerment with our music and do it yourself ethos.

What do all members bring to band in terms of tastes and personalities?

It
so difficult to quantify in exact terms, we all bring different things
on different days depending on where our heads are at. We share music,
ideas, time, and experiences together and some times the lines that
separate our personalities get blured.In simple terms I write the songs and the guys filter them through their own tastes and musical ideas until they are HOODLUMS songs.

What have you learned from the bands you have supported on tour so far?

I
was really impressed with the attitude that SUEDE had when we supported
them at their first gig in 8 years back in 2010. It was at the100 Club
and they came on and destroyed the place with venom…..it was closer to
watching the pistols than something so closely associated with Britpop.

I’ve
learned to accept that if you have a punk ethos deep down inside of you
it doesn’t matter what you sound like…..it will come across.

On
a completely different note, Keane are very close with their fanbase, it
feels very much like family. I know they have put on food and drink for
the fans that slept outside their gigs hoping to meet them many times. I
think that really shows what lovely people they are.

Recently played on you ipod?

I
want to come home to Southend in Essex after years of graft to sell out
The Cliff Pavillion. I’d play for three hours like Bruce Springsteen
with a sweat band on.

Guns and Roses – Use Your Illusion I and II

Fear and Loathing in Vainglorious.

Under The Westway – Blur