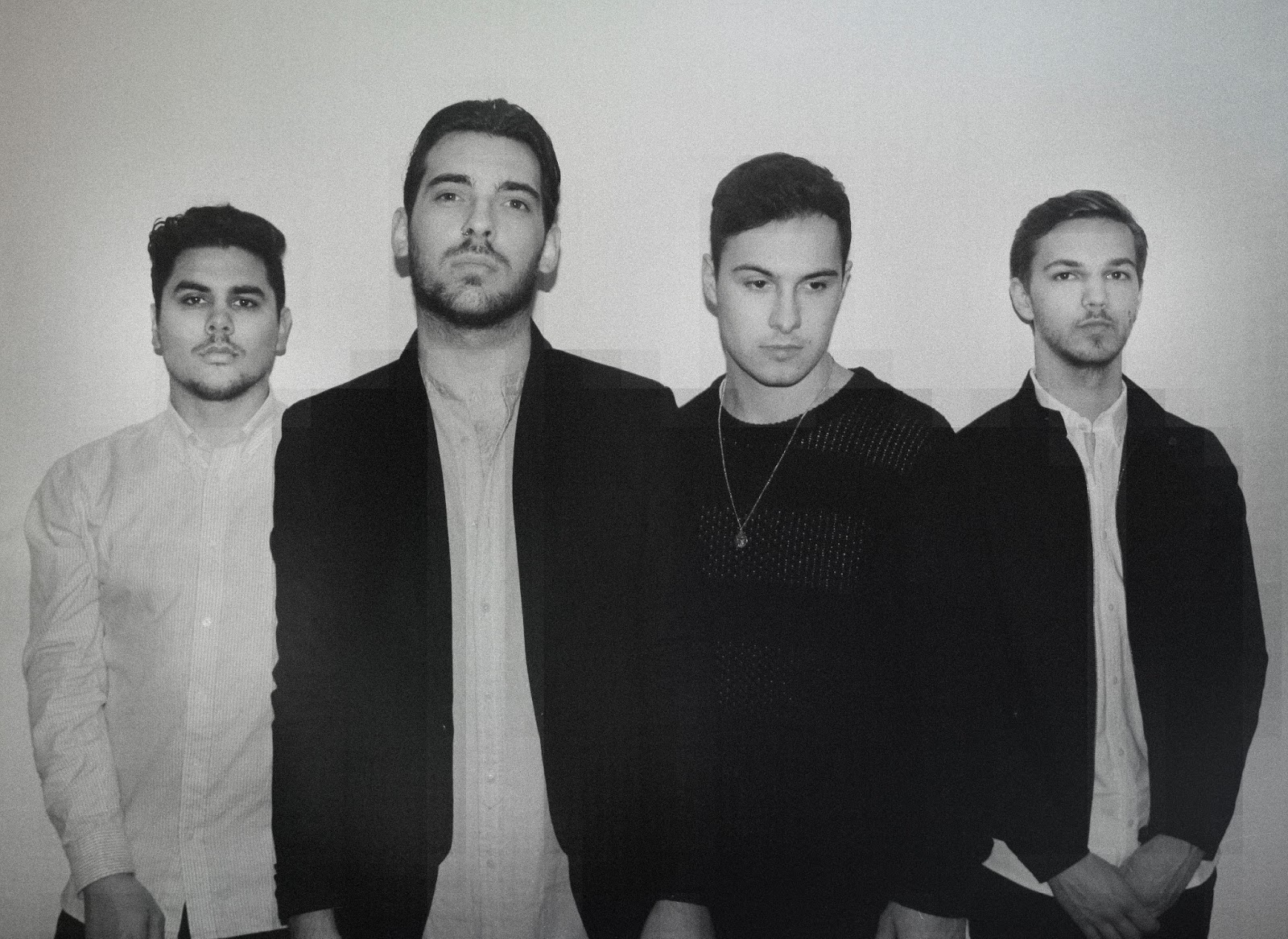 Describe an average day for MMX at the moment?

ASHLEY-
Currently we’re writing a lot of music, we haven’t had the chance to
for a while so it’s nice to be able to do that. We have also been in the
studio mixing our new release, which is very exciting for us. I’d
therefore say an average day for us at the moment is highly music based.


You
have described the way you work as meticulous. Has this always been the
way you have created music or is it merely necessary when creating the
complex sounds you make with MMX?

BEN –
It’s always been how we’ve written and recorded songs, even when we
were fourteen or fifteen we would demo songs before we recorded them
properly.

I imagine this means that everything takes longer
to do. When do you know a song is finished? Is it instinct? Do you all
agree when it is time to wrap a song?

BEN – Songwriting doesn’t take us a hugely long time, we become meticulous in
the studio when we’re creating the sounds and recording our individual
parts. Ashley will normally sing through whole songs ten or fifteen
times before we even start to go through it, we have two studios set up –
one for electronics and one for vocals and acoustic instruments, it’s a
hub of meticulous activity when we record. I don’t think there ever
comes a point where you all sit back and say that’s finished, we’ll
always look back on songs and hear things we’d like to change, but there
does come a point where we have to let our songs go and allow others to
hear them.

Does
the fact that you have been allowed to take time on your full length
mean you have an understanding team backing you or are you putting this
out yourselves?

BEN – We do have a very understanding team behind us but it’s just how we
want to do it really. We will only ever get one debut album and we
really want to treasure it, make the most of the experience and produce
an album that we’re really proud of.

In terms of the album you
have stated the importance of coherence. Will you have a discussion
between you about a concept or theme? How will you ensure the songs make
sense together?

ASHLEY – The coherence comes on a more sonic level as opposed to a concept or
theme. We want to produce an album that flows seamlessly and allows you
to go on a journey as you listen through it.

Having
lived with your EP for a while now are there things you’ve noticed or
learned from it that you know you will continue/change for the full
album?

ASHLEY – Writing music is definitely a learning curve for us; we’re always
listening to new music and going through old. We gained a lot of
experience through writing and recording our debut EP; it was recorded
before we had played it live so we had to translate it into that setting
whilst retaining its recorded character. We carried that experience
forward to our second EP and played most of the songs live before we
went into the studio to record them, which I think has developed our
sound.

You’ve played and had success with bands with a
different sound. How much does the type of music you create reflect your
state of mind and mood?

BEN – Our music is entirely self-reflective. We tend to write our music in
the evening and always record vocals through the night with a bottle of
red wine. It is important for us to reflect the story Ashley is telling
in the sound so that they accompany one another.


The
EP has been described as ‘entirely autobiographical’. Were there any
topics that you really had a mental battle with – deciding whether or
not you wanted to share that aspect of your life?

ASHLEY – I didn’t really feel like there were topics I couldn’t share. Music is
how I express myself so it isn’t really a case of deciding what I do and
don’t want to write about, more a case of dealing with my emotions and
experiences. I do however want people to find their own meanings in our
songs and relate them to themselves; I think that my lyrical style is
quite open to interpretation.


Did
you find opening up about personal things lead to conversations between
you and your family/friends but also fans that related to the lyrics?

ASHLEY – Yes. Conversations with fans are often very different to those I have
with my family and friends, as the interpretations are very different.
There is not much better than when I have a conversation with a fan and
they tell me of how a song of ours has given them strength or guidance
through a difficult time or experience, it’s amazing. For my family and
friends its more of an insight into how I feel about a time in my life
that we may have shared together, it leads to conversations about
subjects we all know exist but will not normally discuss.


Your
videos look beautiful. How important are all the visual aspects of MMX
and who comes up with the majority of the ideas? What tends to inspire
them?

BEN – Thank you. The visual aspects of our band are hugely important to us;
it’s a continuation of our art and we are as meticulous with this side
of things as we are with our music. A lot of people will see our
artwork, website or photograph before they hear any of our music, it’s
exciting for us as we get to be even more creative and almost create a
small world you drift into whilst you listen to our music.


You
listened to Radiohead, MJ, Fleetwood Mac, Pat Benatar, Simon &
Garfunkel, Phil Collins, The Smiths when you were growing up but which
do you think have had most influence on what you do?

ASHLEY – In a musical sense Radiohead have probably had the biggest influence on
us; they really inspired us to become more creative with a variety of
instruments and synthesizers. The influence of all of the above artists
also extends into the visual side of our band; we love looking back
through their records and using them as inspiration to create original
and engaging pieces of art to accompany our music.


I
have always wondered why more bands don’t disable their comments on
YouTube. Has there been any negative affect of doing so? Have any
viewers resented being censored to a degree?

BEN – People have questioned why we do it but we haven’t got any negative
feedback. A lot of people have actually thanked us for doing so as it
means they can enjoy our music and videos without having to feel like
they must defend their opinion against someone they have never met. I
think people want to have physical conversations and connections through
music, not through YouTube commenting.


As
a band how do you cope with opinions in regards to your music or
performances? Do you read reviews and tweets and how do you react to
them?

ASHLEY – It’s nice to hear what people are writing about our band but we don’t
tend to seek out and read reviews. Engaging with our fans is very
important to us; we read all the tweets that we receive, good and bad,
and reply to them when we can.

You’ve played some big festivals already this summer. How have they prepped you for your Reading and Leeds performance?

ASHLEY – They’ve been great for us; it’s been interesting to see how our music
goes down with a festival crowd. They’ve mainly helped with putting
together the set list; our next single, which will be out before Reading
and Leeds, is a song that we’ve been playing for a few months now and
goes down very well.

You’ve
spoken about perhaps wanting to work with Jessie Ware. If you could
pick anyone on the R and L line up to collaborate with whom would it be?

BEN – As we’ve said before it would have to be someone we could do something
different with. We could go down the dance route and see what would
happen with Sub Focus? If it was to work on a song of ours though, Lucy
Rose has a beautiful voice and having listened to her album is a
seemingly brilliant songwriter. We choose her.

Can you sum up what you hope your performance will be like in one sentence?

BEN – A successful start to everyone’s Reading and Leeds weekend.

Tell me something you’ve not told another interviewer….