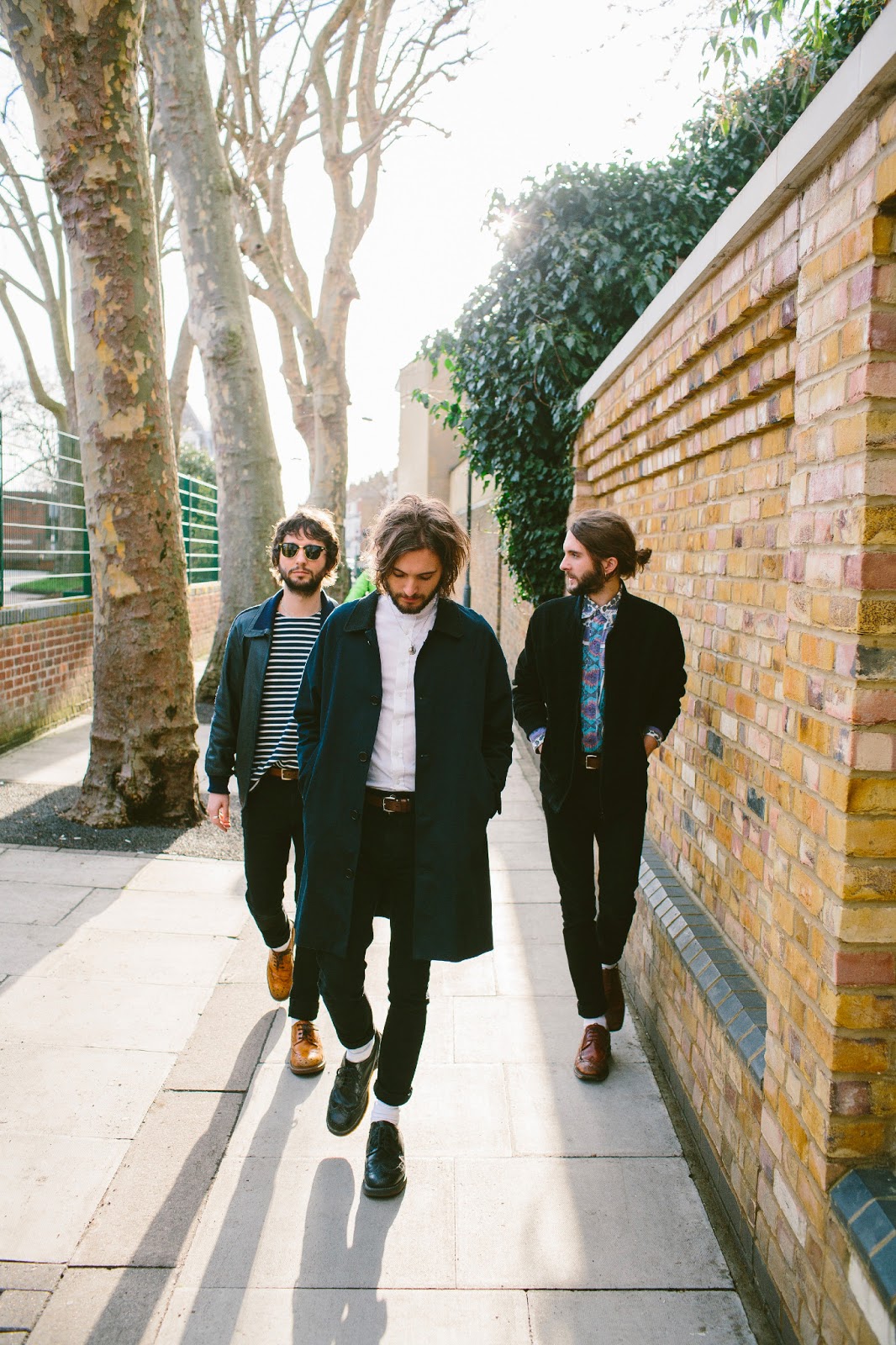 It is just a month to go till Reading and Leeds Festival, so for the next four weeks I will be interviewing some of the top new bands you should check out when you’re there! First up the Walter brothers from Bath….

I see that you have just filmed the video for Reason to Die. Can you give us a clue to the treatment?

Yea it was filmed using this mad technology which should allow viewers to move the camera around whilst watching…it should be pretty mind blowing.

Are you any closer to working with Wes Anderson?

Haha not yet unfortunately, we will hopefully be fully fledged members of team Zizzou soon enough.

If you were to assign film characters to each of you, what roles would be most fitting ?

Tim- It’s an easy answer for me, I would be Mr Andy Dufrain. Shawshank is magic.

Will-Butch Cassidy leader of the hole in the wall gang!

You have described the album as having a theme of ‘sadness of hindsight wrapped in hope.’ Is it generally about romantic relationships or about life in general?

Both. Allot of the meanings are hidden in imagery it’s something all of our favourite lyricists do, and also allows people to form their own meaning for a song.

Are you guys extremely honest lyrically, or do you hold some bits back? (does this go for your interview answers too)

As I said we don’t write in black and white but the song meanings are evident if you read between the lines, and in interviews all sensible questions are answered sensibly, and terrible questions will be dealt with accordingly. Ha

I know I don’t share all my emotional stuff with my brother, so is it ever embarrassing baring really deep or personal stuff for song ideas? Same goes when you bring an idea to a producer you don’t know well..?

I think it’s something you start of pretty bad at and gradually come around to, you realise after a while you need to communicate these emotions for the song to carry any weight. So after doing it for so long we are now pretty comfortable opening up.

You worked in Berlin with Jim Abbiss who has worked with Adele, Arctic Monkeys, Kasabian to name just a few. Did you try your best to get some good stories from him work with the aforementioned? From working with him what have you worked out to be his formula for success?

Ha ,we tried not to ask about to much, but Jim is pretty open about stuff anyway . We learned loads from working with him, the main thing he did was work,  re-work and analyze a song, try push it further with arrangements etc. also he works on impulse, if we weren’t feeling the rhythm or movement of a song we wouldn’t run with it, we all took that on during the making of the album and its something we will take away, to trust gut instinct .

I’m sure you can be more honest with brothers than any other type of band-mate, but do you ever need to go to someone outside of the family to give their opinion or to help solve an argument?

We usually work out what we like between the three of us. we do have a few good friends who we go to for advise, also some of our closest friends are not that into alternative music so it’s nice to ask their opinion on stuff, it keeps you grounded.

Your future tour buddies Miles Kane and Jake Bugg have been somewhat
adopted by the fashion industry for their mod/retro/indie style. How
important is style to you? How would you describe yours?

Style
has always been very important to us. I would describe this seasons
‘Family Rain clothing choice’ as somewhere between Ken Kesey and his
band of Merry Pranksters and Brits abroad.

You have some praised the work of Jake Bugg in numerous interviews and now you are touring with him. He appears to be trying to strip things back a bit and give that authentic live sound on record (rather than overproduced slickness). Is this something you share?

Yea, it’s just great that in 2013 a kid with a guitar is writing hit records. We are stoked to be on the tour. And yes we do prefer to record raw live sounding tracks. It’s a more honest way to do things.

I plead the fifth amendment

You’ve played some festival already this summer, how have they prepared you for your Reading and Leeds performance?

Its a whole different ball game at festivals. Certain songs defiantly work better on festival stages and you can only work that out by playing them. It’s mainly about making sure you have a good time, if you’re not having fun the crowed definitely won’t be.

What is your favourite Reading and Leeds memory?

Unfortunately we have never had the money to get to either festival in the past. That goes for a lot of the festivals. So getting the chance to play and hang around to watch other bands is pretty sweet.

Who will you be hoping to buddy up with on the day?

We are looking forward to catching up with the Deap Vally girls they are always a good laugh.

Who would you most like to see watching you side of stage and why?

Have you planned anything special for your R and L performance? (cover/production/guest appearances)

We facebooked Keith Richards about a collaboration…he hasn’t got back to us yet!!

What set you will make sure you catch that weekend?

Peace, they are a nice bunch of lads and we STILL haven’t seem them live.

Tell me something that you haven’t told another interviewer!

Kate Middleton has just given birth to my baby.

23rd   The Library @ The Institute    Birmingham