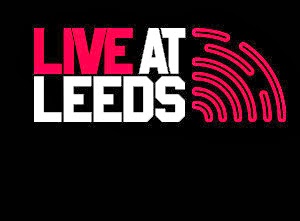 Having announced the first wave of artists for this year’s festival including the likes of chart toppers Clean Bandit, indie legend Albert Hammond Jr and breakthrough band Wolf Alice as well as the special Leeds Town Hall show featuring a reformed ¡Forward Russia!, Live At Leeds Festival now announce a further 50 bands to the 2014 lineup!

The additions to the lineup once again promise to showcase everything from the best in up coming UK songwriting talent to hotly tipped groups from both sides of the pond!

With an emphasis on the up and coming, the festival will see Manchester-based star in the making Bipolar Sunshine bring his sublime, upbeat and original pop to the festival. 2013 saw him collaborate with the likes of Rudimental and FTSE and this is bound to be a year of even further breakthrough for the young musician. Also joining the lineup and in a similar camp of luscious, soulful pop are the hotly tipped recent Kitsuné signees Years & Years, the electro-pop trio’s recent Hype Machine topping single ‘Real’ caused waves and points to what will surely be a successful year. The elegant, fragile sounds of London via Kendal four-piece Woman’s Hour will also be bringing the painful longing of their upcoming Secretly Canadian debut album to the festival and are not to be missed whilst The Bug’s noise loving dancehall and hip-hop influenced electronica is sure to get people moving. Having been longlisted for the prestigious BBC Sound Of 2014 poll, Bristol singer songwriter George Ezra will also be bringing the tender sounds of his single ‘Budapest’ to the fest whilst fellow act to watch out for in 2014, Fat White Family will be peddling their intense brand of sleazy and visceral rock n roll.

Festival attendees with a penchant for the heavier side of things will also certainly have their tastes catered for. The Finnish apocalyptic post-punk quartet Beastmilk favour huge riffs and equal sizeable with a gothic and metallic twinge that is sure to appeal to fans of Savages and Queens Of The Stone Age alike as showcased on last years Kurt Ballou produced full length ‘Climax’. New York’s Big Ups will also be on hand to bring their frantic, abrasive 90s influenced punk to the festival. Echoes of the Jesus Lizard, Fugazi and Quicksand peppered this year’s debut full length ‘Eighteen Hours of Static’ and with a live show even more energetic than their recorded output, they are sure to be a highlight of the weekend.

Blurring the boundary between solo artist and band, Nottingham’s 18 year old Saint Raymond has a knack for layering his distinctly pop sensibilities with gritty, honest lyrics and a wisdom well beyond his years that has seen him gain a level of attention that is sure to grow. With a similar ear for a pop melody but with their feet more solidly in the indie/rock camp, Californians The Neighbourhood last year revealed their debut album ‘I Love You’ to much praise and having recently supported seemingly unstoppable group The 1975 on their sold out tour are sure to make their presence known in the UK this year. Joining these will be Leeds very own The Sunshine Underground who with a new album due will be bringing their fusion of punk, indie and electronic music to the festival!

These acts are just the tip of the iceberg and with over 200 of the finest acts performing across over 20 stages, this year’s festival is one of the strongest yet.