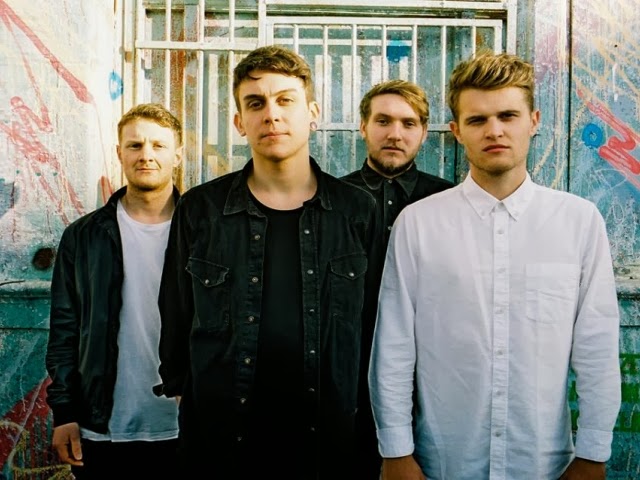 Morain started whilst we were all studying at university. We decided when we all finished we wanted to give music a proper go and do it full time to see what would come of it. It’s been going great so far, so no regrets!

Have you recovered from your Tour with Alexander yet?

Just about… touring is always really tiring but it only really hits you once you get home and go from a particular routine, and operating at 100%, to doing nothing. It can take a while to readjust to home life for sure.

What are the first things you like to do on your days off after time on the road?

I love to just stay in bed the first morning back for as long as I want and then get up and make a really good home cooked breakfast. When you are on the road you don’t have access to the luxury of a kitchen so it’s nice to eat everything you’ve been missing.

London dates are notorious for their industry heavy audiences… Have you had some good feedback since your Garage show?

Yeah, we are in London a lot for industry gigs and I think we’ve now become so accustomed to them that it’s always just another show to us – we get out there and just do what we do. The Garage was great with great feedback, it’s an exciting time for us!

How well do you keep it together on high pressure shows like that?

We thrive on the more high-pressure shows or shows with a bigger audience. That added pressure forces you to put 100% into it. We love to perform the songs we have written so if we know there’s a lot riding on it then it pushes you and we always like to be challenged in some way.

Creative jobs aren’t always what parents wish for their children. Are your family/friends at the stage where they are accepting of your chosen career?

Everyone is really supportive, all our friends have gone in to full time employment and all have really good jobs and we are still four guys who go and play music together everyday. We truly believe that if we don’t spend every opportunity becoming better then we won’t always be on the mark. We constantly want to be better live and to write better songs than the last and that needs time to develop so we dedicate all our time on achieving those goals.

What other jobs have you done or would you be doing?

We’ve all had a variety of jobs, I used to work at PC world when I was a lot younger, and around the same time Sam and Jim were cleaners at school. Currently though we are all doing bits and bobs to keep us surviving; I’m doing a lot of production work, which is really cool. Sam does bits of artwork for commission for bands and similar sorts of things. We would probably be pursuing those options.

Although you shared similar music tastes when you were younger, you seem to be fans of different music now. Has that be helpful or integral to making the Morain sound, or does it make the process of writing more difficult?

Even now we all still like a lot of the same music; with regards to guitar music we are all mostly on the same page, but its other genres of music where we all have separate interests. Jamie and Sam are both really into the more electronic side of music too and, as an extension of that, a lot of hip-hop and similar sorts of stuff. Having the different modern influences is great though as it keeps our music exciting, and using that as an example, it works well because the feel for the rhythmic elements of our music are tied together nicely.

You seem to be a band that sticks to their guns, not willing to give in to trends and fads. Have you had industry people try and persuade you to adapt what you do?

Not on a major level no. We’ve never been told to change our genre or anything drastic like that. I was once told to ditch everyone in the band though for some better-looking replacements, which was just a sign that it wasn’t really the right person to be working with. The guy must have been blind though as the other three are the most handsome guys in the north.

Your new EP is out on April 21st. Can you give me an insight into the narrative thread if there is one?

There is no strong narrative to the EP, however the running theme is one of loss, whether that be a loved one or a big change in your usual routines. It’s about leading yourself out of the dark times and seeing all the positives around us that we should treasure and be thankful for.

How easy is it to find the balance of maintaining what makes you Morain, but also progressing and evolving each release?

I think progression is a natural thing for our band. As of yet we haven’t had to really work at evolving it has just happened and we have loved the way it has panned out.

Does the lyric writer go into detail about what the songs are about to the rest of the band so they can relate to them or do you prefer to keep it a bit private?

As the lyric writer I very rarely explain my lyrics to the guys, my lyrics are there for interpretation of any individual. I want people to connect with them in their own way, not just how I do. Sometimes I can write a song and it’s not until a few months afterward it sinks in and I understand what it was actually about, and that’s when I relate to it myself.

How easy was this EP to put together compared to previous releases? Were you all on the same page in terms of what you wanted to do? Any hairy writers block moments?

There were definitely some ‘writers block’ moments but there always is when there is the pressure in the back of your mind of trying to better your previous efforts. On the whole though the EP came together quite smoothly and as always the songs felt really great once we got them in the studio with our producer.

As well as touring with Alexander you have played with one of our most underrated UK bands, Canterbury. Did time with them teach you more about the perseverance and determination needed to carry on in the UK rock scene?

Definitely, we were huge fans of those guys well before we played with them. That was our first proper tour and luckily for us we made some great friends out of it. Those guys have been around for a long time and they are constantly getting better and been very fan orientated. It was great to watch them do what they do best every night.

You have a sound that could lend itself well to headline festival slots in the future. What bands blueprints/careers do you admire, and hope to repeat in some way?

On a large scale, we are very much inspired by British rock bands such as Coldplay, Snow Patrol and Stereophonics to name a few. Those guys have incredible careers and they write songs to fill a stadium, that’s always our goal! People act like those bands are sort of uncool somehow, because a lot of people like them and that it somehow makes what they create less valid or somehow ‘easy’. For some reason, that sort of thing is rarely rewarded in our society. We have a lot of respect for anyone who can take something they create and make it huge. In terms of how we see ourselves getting to that point, you only have to look at established British bands that came from a smaller background, like Biffy Clyro for example. They approached their career in an honest way and grew very organically to the point at which they’re a household name. That’s how we feel it should be done and how we want to approach our own career. They came from nothing and their perseverance paid off. There’s a merit in that, it doesn’t matter what anyone says.

Would you guys every consider doing shows like BGT, The Voice etc..What are your views on those particular routes?

For us personally it’s not a route we would take; however I can see why people take that approach. There is a lot of talent in this country, and many people do go unnoticed. For some this is the only route they have to try and be heard, it’s just a shame that the people who run the shows manipulate a lot of the artists in to something that makes great TV rather than pushing and nurturing a true talent and turning it into a career. I think the shows themselves can be great for exposure, however if you do win them it seems it can actually do a lot of damage to you either personally or artistically more than anything else, and we feel like we want to carve our own path.

Can you give us any hints about your summer plans – festivals etc?

Not just yet, although we will be very busy playing shows and in the studio working on the follow up to “Worlds Apart”.

Roni Szpakowski will always be on board, he’s been with us from the beginning and he’s a huge part of what we are and how we learned to do what we do.

Manchester Apollo is one of our favourite venues.

For me personally it would have to be Chris Martin from Coldplay. I’d love to see how he works, so even if the collaboration was just a sit-in to learn his process it’d be fascinating!!

A surprising fact about you…..

Jim completed the National Three Peaks in under 24 hours!