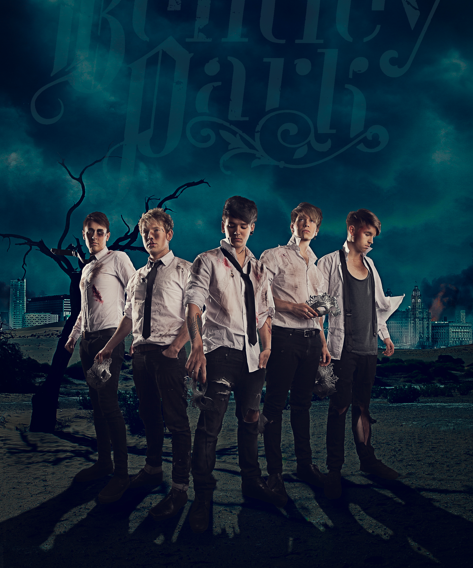 We formed from a previous band in York, all left for uni, all quit uni and pursued Bentley park, whilst spread across the North of the UK.

Nap all day, Sleep all night, party never. We are so far from achieving this.

The cast of moulin rouge, it’s regularly rehearsed in the van.

Download and Leeds/Reading, as we grew up going to these festivals, and Warped Tour US.

Elliott:
Natives – Can’t Say No
Tangled – I see the light

Iain:
Paramore – Born For This
The Raccoons theme tune

We all have individual influence that got us into music, but Deaf Havana’s Fools and Worthless Liars kick started Bentley Park.

‘Im not promising anything but I’ll try to try get a job instead of watching TV all the time. But we both know, the best thing since sliced bread is two pints of lager and a packet of crisps.’ – Lower than Atlantis

‘The whole room is grasping your ankles, demeanour so thankful for gracing this place with your face.’ – All the Fists in the World Won’t Save You Now.

Most likely headline to accompany a story about your band..

James and Oscar did a 3 month long drug trial for HIV to pay their share towards Bentley Park’s first EP.

Edds is operating lights for Snoop Dogg and others at this year’s Parklife Festival.

Elliott has abnormally small balls. ‘Although I’ve never really compared them to anyone else’s’

Cheese board and lots of red wine.

If we play download we will (finish the sentence)

Try not wake up in the medical tent/the bins/someone else’s tent/toilets, like we have done in previous years.