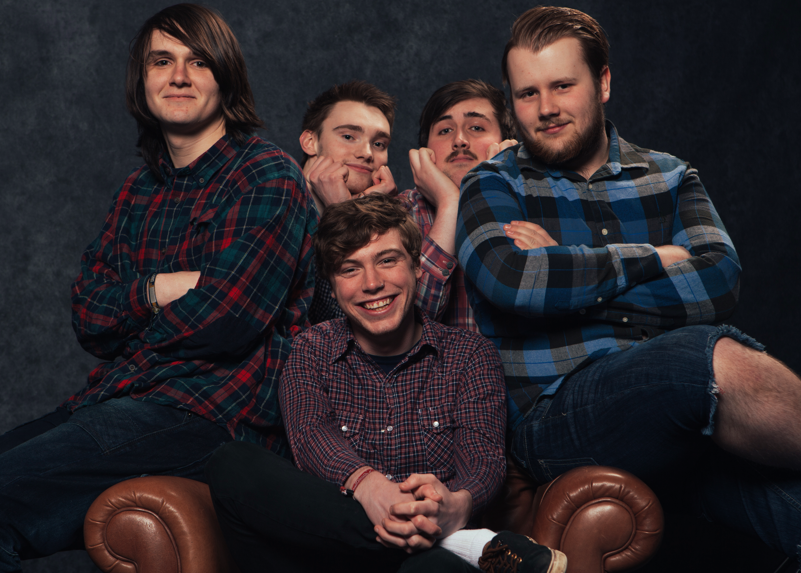 We formed in January 2013 in search of pop-punk goodness. Chris was bummed out about a girl so he decided to start a band along with Jacob. Lou and Aiden were recruited after the creation, shortly followed by Alex, to complete the team.

Chris would love to do a collab with Ke$ha, but really we would love to work with someone like The Story So Far or The Wonder Years.

The US warped tour would be out of this world or the Red Bull Stage at Download would be sick!

Jake – All The Small Things, Blink 182
Aiden – Smells Like Teen Spirit, Nirvana
Alex – I Just Got The Symphony Goin’, The Fall Of Troy
Chris – You Can Call Me Out, Paul Simon
Lou – Fat Lip, Sum 41

‘Cause I just can’t keep you together, I’m no good, you’re no better’ – Knuckle Puck

I know I’m not alone, in feeling alone

The Wonder Years and Knuckle Puck, because Aiden’s hot four Soupy and we really like their music! Also Chris, Ke$ha, cuz she fine.

Band Plays Show, It was Good

For All The Wrong Reasons Announce 5th World Tour

Melodic Pop-punk with up beat vibes

Show the rest of the UK that Lincolnshire has something other than sausages to be proud of.