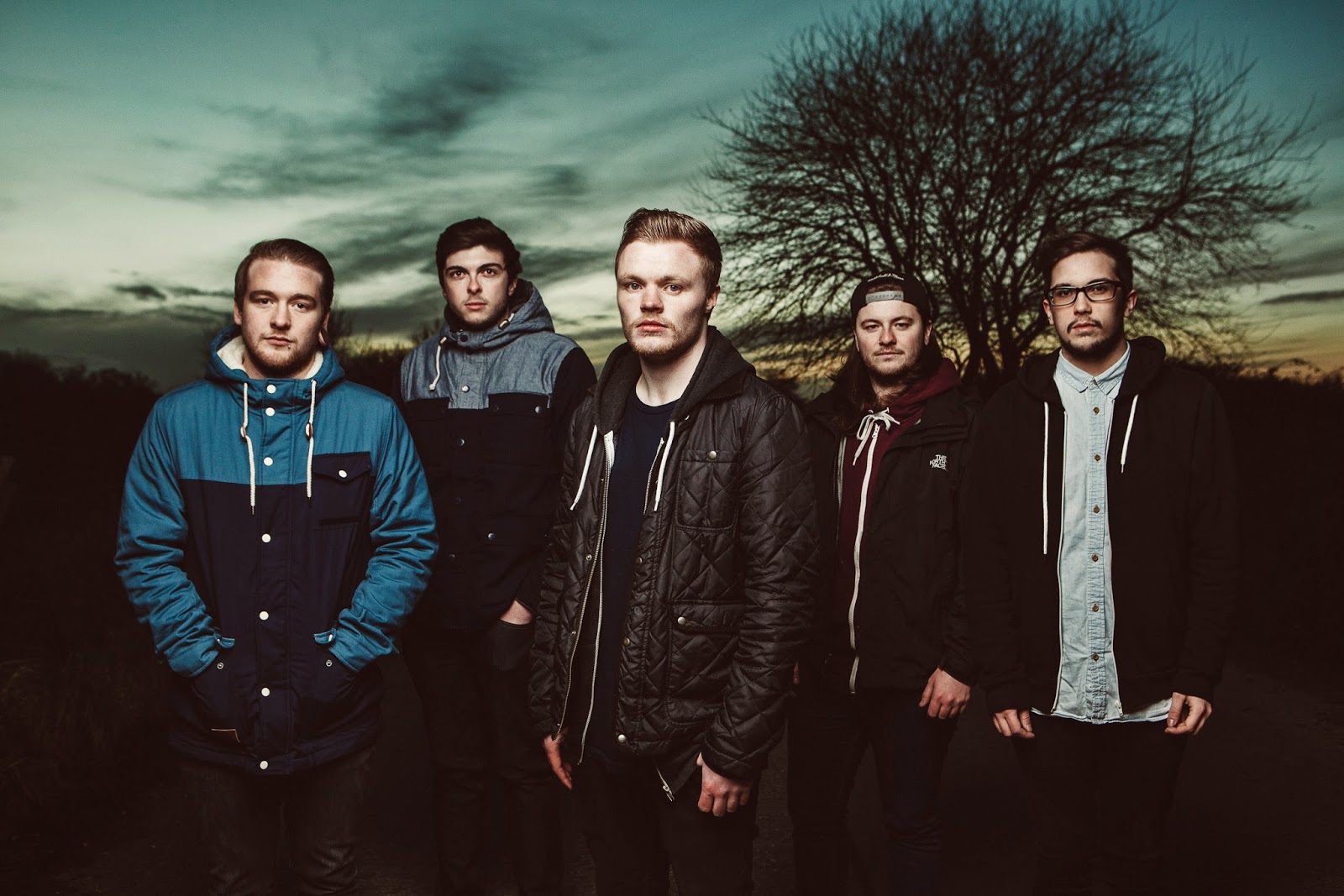 We’ve been a band for just over a year now, comprised of ex-members from two local bands (Flowers For Her Grave, Sleepless). Since then we’ve been hard at work, locked away in the studio writing & finally recording our debut E.P ‘Halfway Home’ that’s currently set for a Summer 2014 release, and have been fortunate enough to play a number of shows up & down the UK with bands such as Martyr Defiled, Malevolence, Sworn In, Lock & Key and many more to follow. After an incredible start, we’re aiming high for 2014 and onwards with nothing but raw determination and a great passion for music pushing us towards to what we will hopefully be able to soon call our careers.

When we first formed, like a lot of bands, we weren’t entirely sure as to exactly what it was we wanted to achieve as a band, we just knew we wanted to get together and write what we wanted to hear within this particular genre of music. Luckily we’re all close friends and all positive people, which after spending a considerable amount of time trying to find ‘our sound’ has brought us to start mirror’ing exactly that in our music, which gathering from the feedback we’ve had so far, people have recognised, which we really want to pursue as quite frankly, positive lyrical content in heavier music is rarely found these days, so I guess you could say we’re looking to spread a little happiness with our stuff while keeping it heavy, raw and melodic enough for people to sing their hearts out along with it.

We take huge amounts of influence from a huge range of bands, but in all honesty we’d love to collaborate with Jason Butler from Letlive – Purely so he could come out and perform whatever track it’d be live with us … That guy is just fucking insane (in the best possible way).

We’re not just saying this given the situation, but Download Festival for sure would be absolutely incredible. But to be honest, any festivals like Reading, Leeds, Warped, Hevy, Ghostfest etc would be awesome. There’s just this wildly unique atmosphere that you get at festivals, it might be the copious amounts of alcohol, but either way it’d be so cool to be at the forefront of it all.

Sean’s been really getting back into an old favourite of his recently, Oceana. Luke’s been salivating over The 1975, Jack & Connor have been shredding a long to a ton of Malevolence and I’ve been loving some Pearl Jam vibes as of late.

For me personally it was Little Wing by Hendrix. Obviously Jimi’s all-round amazing, I don’t know what it was but something captivated me about that particular song. (Dan)

“A day and night of untamed light.
A coloured sky upon weary eyes.
A sleepy gypsy delicate and frail.
I searched and found salvation from the sounds.” – Rinoa, Sol Winds

These particular lyrics are damn beautiful whichever way you look at them, but to me it says that no matter how dark & daunting life and the world around you gets, music will get you through. To the point that I actually have a whole sleeve based on the words… Fan boy.

Has to be “Even the sighted are blinded, by the things that they can achieve. I’m a portrait of my own dreams.”

They’re marginally heavier than us but we’d love to tour with Every Time I Die, they just seem like total dudes.

We don’t know what to say, so… “Essex-based Nickelback Cover Band Is Challenged To Mud Wrestle Tournament With Chad Kroeger”

Connor – Managed to kill the first zombie in Resident Evil 1 with nothing but a knife.
Jack – Can crush a Can only using his ring finger.
Luke – Talks in parcel tongue while he drums. (Seriously, it’s fucking weird.)
Dan – Is probably the only British person on the face of the earth that hates Pie & Mash.
Sean – If Sean wasn’t a vocalist he’d most likely still be trying to live his dream of becoming Spider-man.

Play hard. To the point that our bodies are shrivelled through dehydration and our hearts are physically pumping through our chests and savour every second of what will probably be the most memorable experience of our lives.