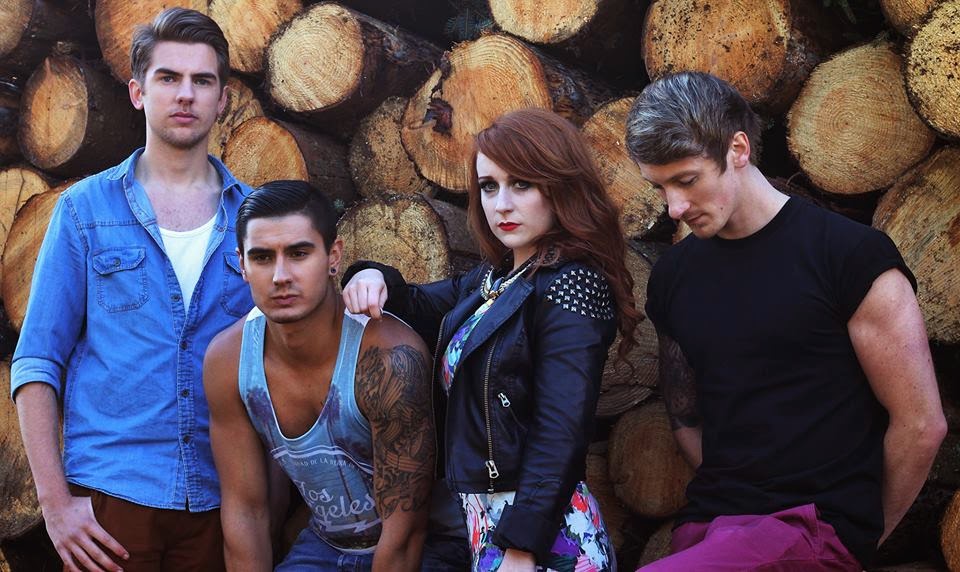 2011 – Life on Standby formed and we wrote our first EP – Set the Sail.
2012 – We played a festival in Italy while writing our next EP masquerade and later went on to play the massive 02 Academy in Glasgow.
2013 – Our first music video was filmed and we released for our debut single “Masquerade”. We also played our biggest stage to date on the Glasgow garage mainstage and recorded our newest tracks, one of which being Shadows which helped get through to the final 15 of the Red Bull Live at Download competition.
2014 – The band headlined the legendary King Tuts Wah Wah Hut where we released our latest single “Do it Again” and recorded the video that night.
We entered the Red Bull Live at Download competition and made it through to the final 15 which is our biggest achievement to date.
Last but not least, we travelled to London and had the pleasure of spending the day at Red Bull studios where we met so many amazing people and had a surreal time.

Mission statement of the band…

We want to inspire people with our music to encourage them to pursue their dreams as that’s what we are doing.
We want to play sold out shows with fans singing our songs back us because then we know that all of the hard work and dedication that we put into this will be worth it.
So we intend to take every opportunity like Red Bull Studios Live At Downlaod and run with it.
Give everything 110%.

I think individually we all have a few strange ideas for who we’d like to collaborate with, many of which would not be expected or seem like they would be suited to our style.
For example Liam our bassist would love to collaborate with John Mayer – he has a ridiculous man crush on him! Gianluca (drummer) on the other hand would love to work with Skrillex and make a massive dance tune with some sick beats.
But I think as a band we would all agree on Biffy Clyro as our dream collaboration. Two Scottish bands tearing it up! You know it would be beautiful.

We all love going to festivals so getting a chance to play the big ones like Leeds and Reading, Glastonbury, T in the Park and of course Download. Mainly Download…

Recently played on your iPods…

Recently played on our iPods…hopefully nothing embarrassing, yeah we’re aiming this at you Liam.
So we’ve got, Biffy Clyro, Arcane Roots, Don Broco, Marmozets, Bon Iver, Bring Me The Horizon, The Neighbourhood, Arctic Monkeys and last but not least Justin Timberlake.

(Erin) when I was about 10 or 11 I think that was when Avril Lavigne came out and I was going through my skater phase – which I’m considering bringing back, it was a strong look – and she brought out “Complicated”… I wanted to be her. I had her album on repeat, singing into my karaoke machine while my parents pretended that they loved my constant singing. The karaoke machine mysteriously broke one day…
Since then I have sung in choirs, jazz bands, covered pop music and now I’m here in Life on Standby.

Favourite lyric by another artist?

Bring me the Horizon – Empire

On the album this is our favourite song. The combination of these lyrics and the music behind it work so well, we love it!

Best lyric from one of your songs?

“See my reflection in the mirror, who is that girl is she a saint or a killer, or just a tragedy?”
This is a line from the second verse of Shadows, and my favourite line out of every song we’ve wrote. The song is about being stuck in your own mind and with this line I wanted to portray someone who didn’t recognise themselves anymore.

Marmozets definitely. Recently we supported them in Glasgow and it was an amazing night, they absolutely killed it on stage and were one of the nicest bands we have had the pleasure of meeting. I think that we would have a brilliant time on tour with them.

Most likely headline to accompany a piece about the band...

“Life On Standby take on Madison Square.” – got to dream big eh?!

“Clumsy guitarist ensures the band a world hospital tour.”
Gavin has so many pedals for his guitar that we’re surprised he hasn’t fell over them on stage yet he trips over his own feet!

Sum up your sound in one sentence.

We’re an alternative, pop/ rock band with an electro element.

Interesting fact about each member…

Gavin (guitarist) was a British level swimmer.
Gianluca (drummer) had a disorder called rhythmic movement disorder…
Liam (bassist) is half Native Canadian.
Erin (singer) sang in the second best children’s choir in Britain when she was younger. Dream rider requests.

Gianluca would like bubble soccer outfits so that, and I quote, “we could bounce about venues between sound check.” He is a safety hazard.
Gavin would need a massive sound system so that when we’re all sitting chatting we have to shout over the music, and so he can skip to his favourite beat downs in songs and deafen us before a show.
Liam needs some Red Bull. I suppose some jägermeister will be in order also.
Erin would like the latest episode of Game of Thrones, gin and a pug.
Divas in the making!

If we play download we will put everything we’ve got into the performance plus a little more. The chance to play a stage at download would be a dream come true and the highlight of our year, and career!

We had a review from M McLaughlin of UUC a while back which said:

“sweat hunger and ambition. For me personally Life on Standby were the stand out act of the night, such a mass of raw energy and emotion.”

And that is exactly what the Download crowd would get from us.