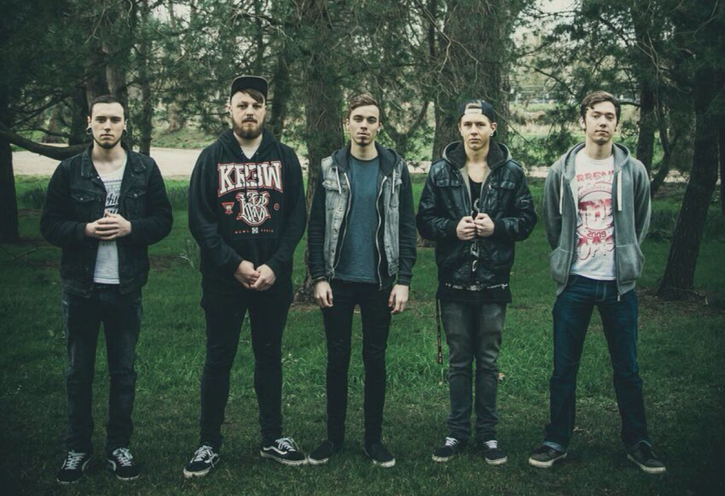 Formed in August 2012, we’ve had one line up change which was in September 2013. Since then we have recorded and  released our debut self titled EP, played endless amount of shows with the likes of Close Your Eyes, Sworn In, Here Lies A Warning and many more, not to forget more shows to come with For The Fallen Dreams and more.

Our mission is to reach as many people around the world with our music! This is what all of us want to do with our lives, simply because we love music, love playing live shows no matter how big or small the crowd.

As each of us have similar but also different tastes in music, it’s really hard to narrow it down to just one, but if we were to pick someone, it would probably be Matty Mullins of Memphis May Fire or Mikey Chapman of Mallory Knox.

There’s so many stages we would most like to play but to narrow it down to one, it would have to be Main Stage Download.

Adamross : The first song that ever made me want to play in a band was Chuck Berry – Johnny B Goode

Conor : I can’t quite remember what song it was as I was really young, but it was seeing my father playing in his band that made me think…that’s what I want to do with my life, and it’s stuck ever since.

Adamross : Architects, Naysayer – “I’m so sick of the sound of people giving up”

Conor : Memphis May Fire, Legacy “They say you were created to so great things, but words only come to life when you believe”

From our track Sentiment – “We will fight for what we believe in, no matter what comes our way”

It would definitely be A Day To Remember, simply because we’re similar in the style of music we play, we would work well with the same crowd and it would just be an amazing experience overall.

This would probably have to be our bassist Jake’s ass tattoo, it’s made it’s way into countless of blogs including MTV.

Adamross : Is a fanatic fan of Only Fools And Horses

Conor : Learned to play guitar before learning to play the drums.

Nathan : Used to to a quality administrator/inspector in a furniture company.

Ricky : Is the youngest member in the band but has the most facial hair.

Jake : Has a portrait of his best friend tattooed on his butt cheek, which also made it’s way into an MTV blog.

Lots of Monster Energy and Burrito’s.

If we play download we will (finish the sentence) …

Be the happiest five boys on the planet and we will ensure the people of download that they will get our full performance and we will not leave them disappointed!