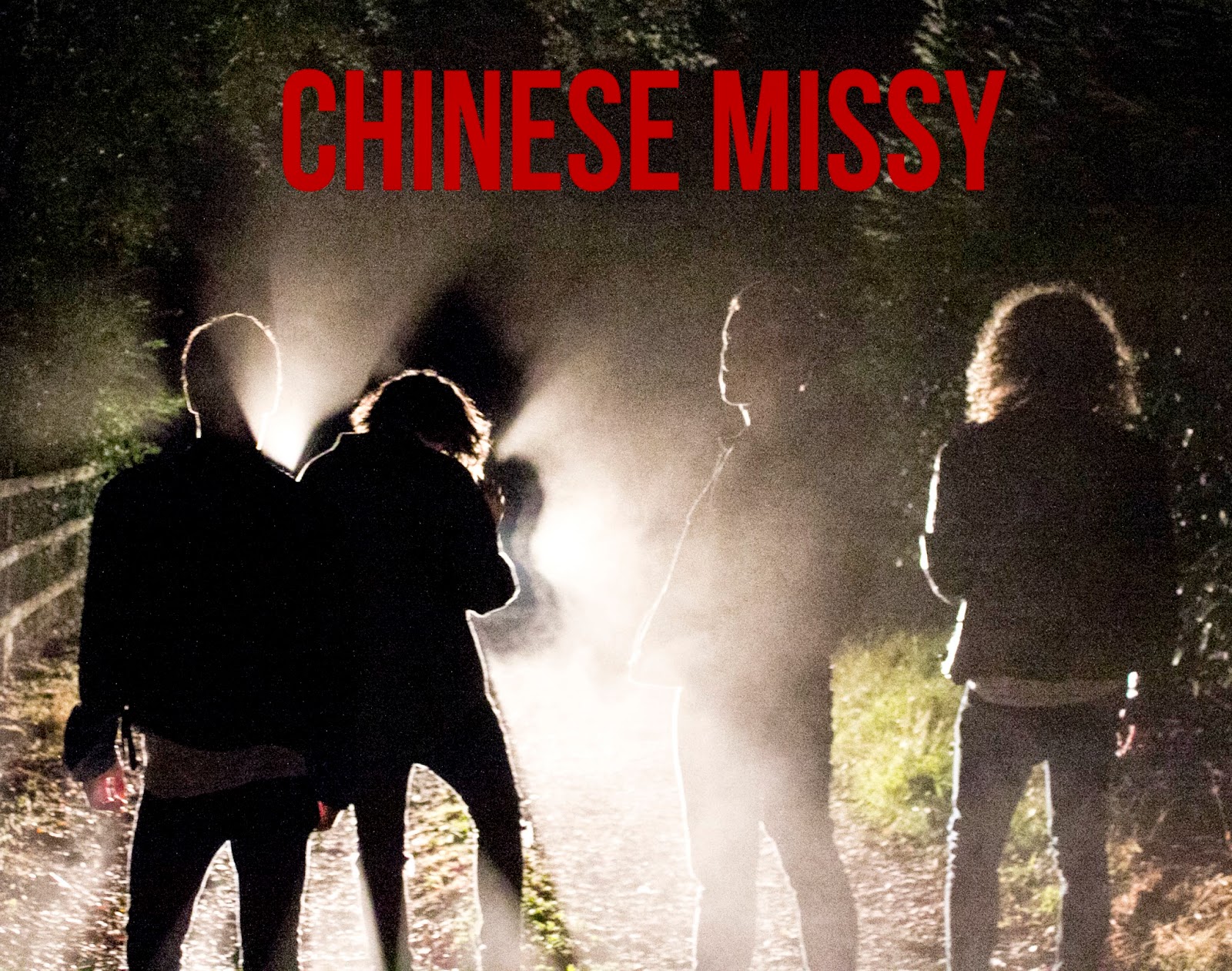 Formed in 2012 by friends Bello, Tommy L’Heart and Rich. In the early days we got through more drummers than Spinal Tap but Tom Moore the umpteenth drummer to play with the band is here to stay. Interesting bit of information about the band, Bello’s first live show with a different band also included Tommy Heart on the bill also playing with a different band and the third band on the bill was The 1975 in the days when they were called Drive Like I do (Rich was also in the crowd that night). Some way down the line Bello, Tommy L’Heart and Rich are playing in Chinese Missy and Mike Spink who worked on The 1975’s platinum selling debut album produces our very own debut single. Weird or what ?

A guitar band which aims to make both your feet and mind move.

Already had it, working with ventriloquist Kieran Powell and Maurice in the video to go with our debut single Kickin’ About, out on June 16th. Catch the video on Youtube, KP and Maurice are giants amongst foam ! But if we are talking about one for the future none of us would mind having a bash with our mate producer Dave Kahne on our sophomore album and it wouldn’t be so bad  if we got the likes of Eddie Vedder, Julian Casablancas, Josh Homme, Lana del Rey (just to mention a few) on board.

We’d like to play on as many stages as possible but right now we’ve got our sights set on the red bull stage at download! However we do have a 9 minute song called ‘Black Jesus’ wouldn’t mind hearing that echo around Red Rocks though…

‘Almost Cut My Hair’ by Crosby, Stills, Nash & Young as it’s just so groovey OR it would have to be ‘London Calling’ by The Clash simply because of the opening riff… you hear that and you can’t not think it’s cool with the attitude and swagger of the song. Hopefully two vibes you can feel in our music!

‘Makes you feel ashamed to live in a land where justice is a game’ Bob Dylan – The Hurricane.

‘God bless America, the land of the free, the only place to live your life and raise a family’ – Definitely no irony here.

Lana Del Ray and we are surprised you need to ask why.

Most likely headline to accompany a story about your band..

Chinese Missy band members attend fund raising event hosted by David Cameron and senior members of the Conservative Party. Bizarrely all of whom feature in our second single’s music video out next year, keep posted for that.

Raw and abrasive with a little bit of melody thrown in.

Bello Ingram is partially named after country rock legend Gram Parsons; the band has been compared to rock and roll legends Led Zeppelin but we later found out this was due to guitarist Rich Bond’s hair; Tommy L’Heart has been dubbed the natural successor to John Taylor in both bass lines and looks; and Tom Moore was once a very successful camel jockey.

Good Bye to all that by Robert Graves; Collected Works of Wilfred Owen; a case of Jack and Gretchen Wilson to share it with. O and of course a constant supply from our local Crouch End curry house Meghna!

Guarantee to exhaust every single member of the audience as well as ourselves.