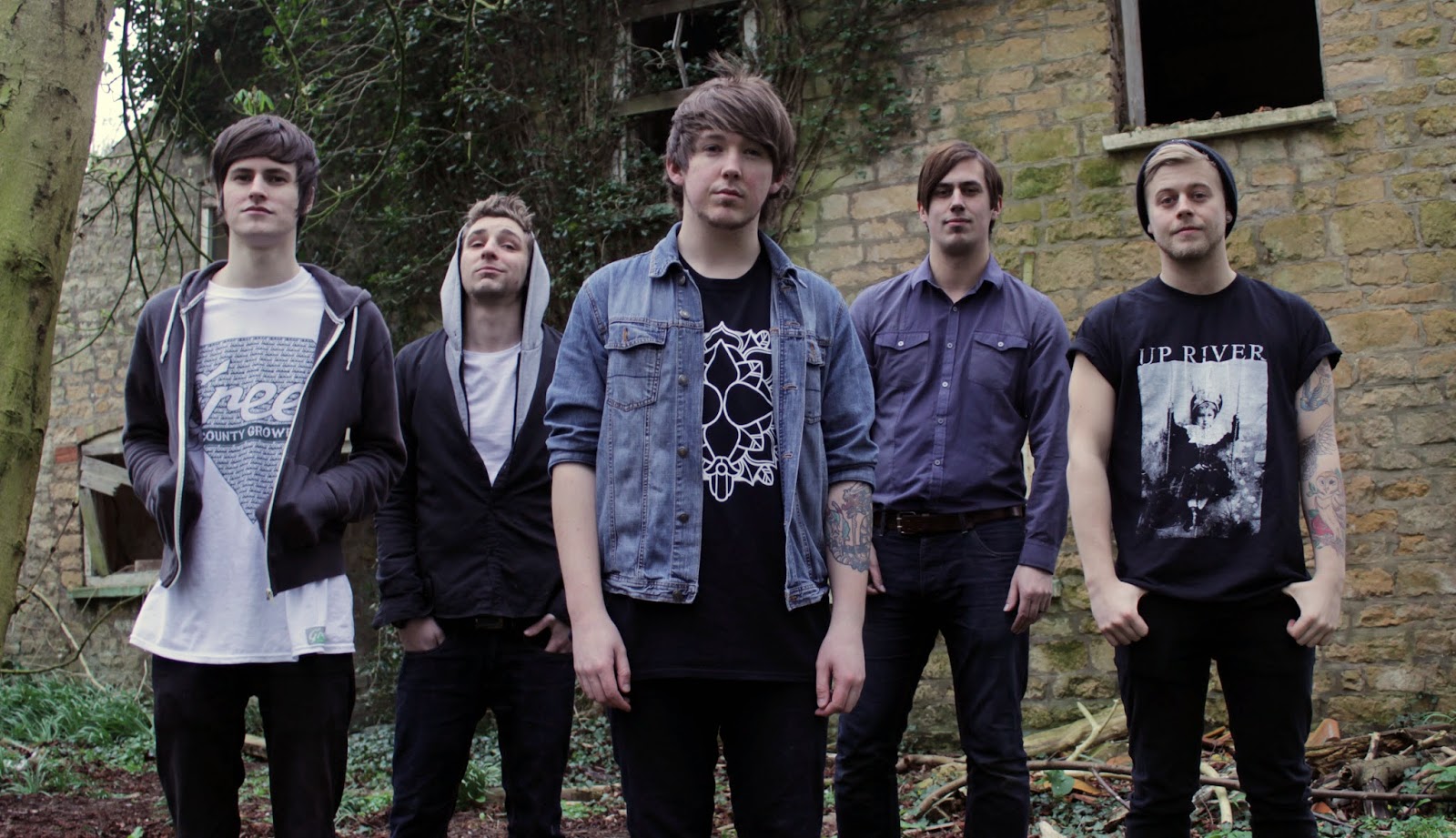 We started out as our current line-up in early 2011, and for the last three years we’ve travelled across the UK, relentlessly shifting between playing shows wherever and whenever we can, and locking ourselves away for days on end, working tirelessly on new songs and ideas. Along the way we’ve had the pleasure of sharing the stage with bands we’ve idolised and aspired to be like, and to meet and perform with them is something we’re going to be eternally grateful for.

To prove that variety and versatility shouldn’t be frowned upon, and passion for music is universal.

Finch, The Dillinger Escape Plan and Norma Jean. We’re greedy and we’d want to collaborate with all three!

The Main Stage at Download. Looking out at the tens of thousands of people gathered would be something truly unforgettable.

Norma Jean’s ‘Wrongdoers’, Curtis Stigers self titled album, and Panic! At The Disco’s ‘A Fever You Can’t Sweat Out’. All three are impeccable records without flaw, and we’d highly recommend them to everyone reading this!

Favorite lyric (by another artist)?

“All this eighties indie sounds like shit to me…’Cos I don’t like Joy Division. I don’t like Morrissey or their new Impersonators, Kings of MTV, suckling at the teat of the fucking enemy.” – Reuben, ‘Crushed Under The Weight Of Enormous Bullshit’

“And so my path unfolds, and I am defeated, livid with desire, the process has completed. Eyes sunken blots, it happens tragically, lost to a discordant melody. Don’t want to freeze in time, but the clock has stopped, I claw at the face, that my mind has forgot. Writhing from the floor, to a contorted stance, I am become death, no longer a man.” – A Satire For The World

Firstly, the recently reformed Finch. We’re big fans of the band and we feel that musically we’d appeal to their audience, and it’d be a great honour to support them. Secondly, Fearless Vampire Killers. They’re band that started out similarly to us, and they’ve worked hard from the ground up to achieve their current level of ever growing success. They’ve got a dedicated fanbase, and it stems from the fact they’re all passionate, humble people who appreciate everything that comes their way. It’s incredibly reassuring to see good people enjoy success.

ANOTHER ONE BITES THE DUST: Rock Band Lose Drummer In Horrific Car Accident. Cause Being Treated As “Suspicious” Say Investigators

Like laying back in a deck chair, immersed in the explosion of an atom bomb, whilst enjoying the refreshing, crisp taste of a Coors Light.

Kehn: Knows the ‘Pokérap’ word for word, which enables him to recite all 151 original Pokémon.

Brad: Can list every country in the world in just over two minutes.

Joe: Can pull off an uncanny Tyrannosaurus Rex/Raptor impression, walk and all.

Tom: Never misses an episode of his favourite show ‘Murder, She Wrote’.

Just like Ozzy Osbourne in ‘Wayne’s World 2’, we’d ask for “A thousand brown M&M’s to fill a brandy glass.”

If we play Download we will (finish the sentence)

If we play Download we will not only feel incredibly privileged at being able to list it at the top of our current achievements as a band, we’ll also know that together we can truly achieve any goal that we work for.