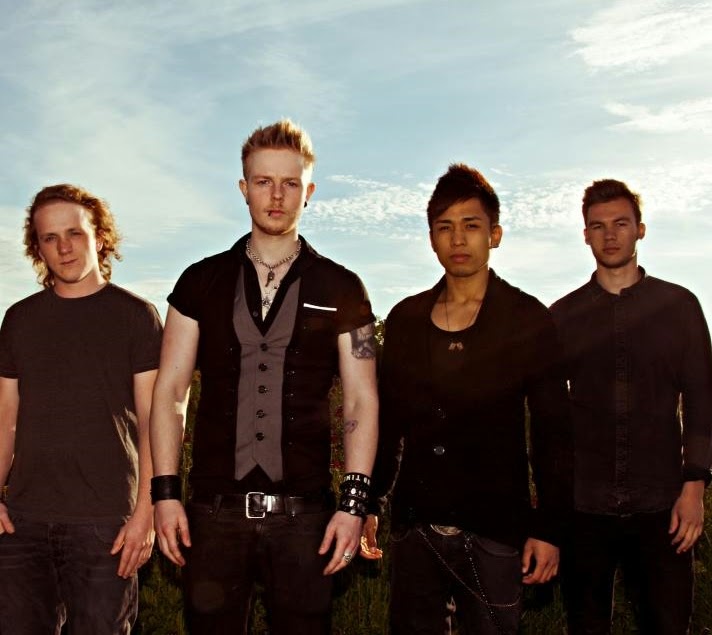 We formed in late 2011, subsequently selling out the infamous rock city basement with our debut EP release. We have toured the U.K, played festivals such as Hit the Deck and Splendour, and are soon to go into the studio to record our new release.

Produce great music, meet new people, rock out and get huge bangovers – but most of all HAVE FUN!

Music has always been a natural part of every member in the band, but a life changer for me (Simon Ross – vocals) would have to be ‘Shadow Moses’ by Bring Me The Horizon. That song led me to ‘Sempiternal’ and that album gave me the inspiration I needed to get my head straight.

One life. One Chance. The world in front of me – Architects.

Your thoughts are tied up. By chains. In your mind. – Art Of A Coward.

WOW – hard question there’s too many!

Don Broco, they’re amazing performers; we’ve met them once and they were real nice guys and we think it would be an amazingly fun experience.

Architects. Although they are heavier than us, Architects are a massive influence, and so we have studied them quite closely and feel almost on the same page as them when it comes to being in a professional band.

ALEX – Drums from ‘SINNERS HIGHWAY’ in hospital in a critical condition from terrible diet of fast food, fags and energy drinks.

Massive array of influences ranging from Alter Bridge and Black Stone Cherry to Architects and Bring Me The Horizon; huge drums, guitars and bass, soaring vocals and catchy melodies.

Simon – Lucky to be alive and almost unscathed despite being in 4 serious car crashes.

Jaemar- From the very north of the Philippines, pretty sick free-runner and Kingpin manager of YO YO noodle bars UK.

We will be absolutely overwhelmed, we will make sure our set is not forgotten! It would be great to launch our new material off the back of Download and it could be the start of something extremely special for Sinners! YOU can help by voting!