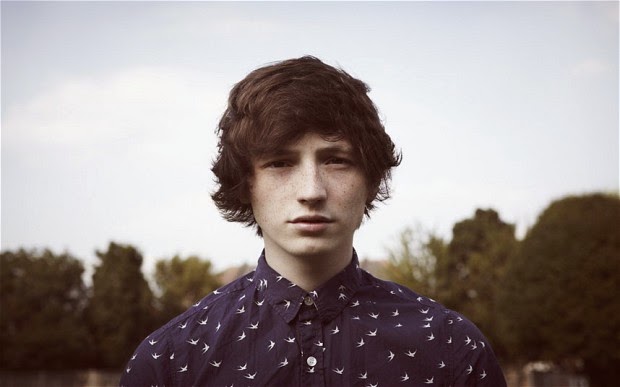 singer songwriter Lewis
Watson is the final main stage announcement for 2014. The
talented youngster has been making music since 2010 after
receiving a guitar for his 16th birthday, and released his first
EP in 2012 after being picked up by Warner Records. He toured
Australia in 2013 supporting Birdy and released his 4th EP ‘Four
More Songs’ in July 2013. His debut album ‘The Morning’ is due
for release on the 7th July on Warner, and the future is indeed
looking extremely bright for the lad.

The
Sunday Times recently quoted: ‘He has such a sense of
melody, such a knack with a shimmering chorus, that somebody
at Warners must be thinking: ‘if we put this lad in a studio
with Eno, could we be looking at a Coldplay-sized
juggernaut?”

His brand new video for ‘Stay’ can be seen
over at his website: http://lewiswatsonmusic.com/videos/

2007 Redfest has been welcoming festival goers from across the
UK and Europe with open arms, and championing some of the best
up and coming UK music talent. Now in its 8th year Redfest
returns in 2014 with what is hoped will be our finest venture
yet. Being such a compact event you feel like you are getting a really intimate musical experience from the bands and the atmosphere is one of the nicest of the festival calender. I’ve been going for the last few years and whatever the weather it is a reliably awesome time. Let me know if you are going it would be great to meet up!!

HEART OF A COWARD
| THE BLACKOUT

SKIES IN MOTION |
FATHOMS | COLLISIONS | WHEN WE WERE WOLVES | AURORA

OUR HOLLOW OUR
HOME | A MOMENT LOST | SET YOUR SAILS

BEANS ON TOAST |
DIZRAELI AND THE SMALL GODS

LA SHARK | THE
WILDFLOWERS | AS ELEPHANTS ARE | DANCE A LA PLAGE

is a 2-day music festival featuring live performances across 3
stages, which will play host to a diverse mix of rock, indie,
pop, acoustic and dj/dance acts.

Staunchly independent and
now into its 7th year, Redfest has gained a reputation for
championing new emerging bands, solo artists and DJ’s and 2014
promises to be no different. Redfest will give you the
opportunity to discover some of the best up and coming local and
national acts, in the heart of Surrey’s beautiful countryside.