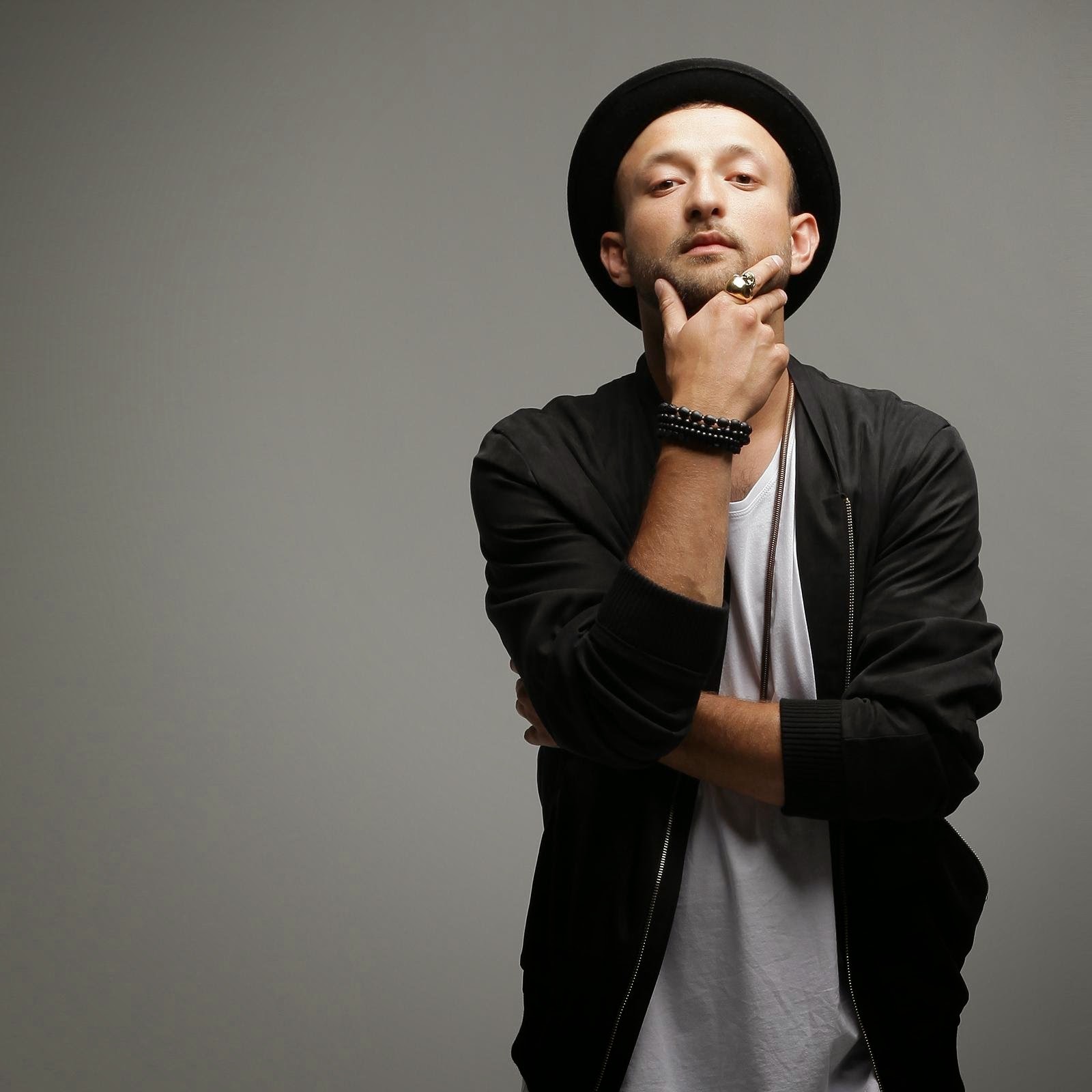 We know of some very successful Canadian musical artists who have done very well after making the move to the US, but what is the scene like in Canada? Do you think it is necessary to move to somewhere like LA or London for instance?

Canada is a big chunk of land on the map, and the population is spread out thin, so I take that into consideration when I talk about the scene in Canada. There are so many talented artists, but I find that at least in my home town of Vancouver, there isn’t much room for big opportunities to “make it” so to speak. However, I wouldn’t discredit the potential here: it is growing fast and I can see the scene becoming a place where artists can flourish. I think that the world is a big place, and with 7 billion people on the planet, it would be a great misfortune to stay in your home town forever. People need music all over this beautiful planet and from my traveling experience, it is often times appreciated more if you come from a distant place.

How long did it take you to come across your sound and the type of music you wanted to put out?

When I was in high school, YouTube, or Spotify didn’t exist, and here in Canada we don’t get too many options on the Radio. Top 40 was king, so getting your hands on anything different was difficult and also a commodity. I remember getting my friends to tape radio shows from Seattle so I could listen to rap music and R&B and eventually I had become heavily influenced by the 90’s R&B sound. I never lost that feeling and it still has a place in the creative process for me till this day.

Musical careers aren’t the most stable…how did family react to your plans to become an artist?

I feel like one of the lucky ones. My parents split when I was 5 years old, and my mother was left to take care of my which meant that she didn’t have the time or the money to support, but what she lacked in resources she made up for in pure love. She has always been supportive, and to her, my happiness is has always been priority. My mother is the most kind and caring woman I’ve ever known.

What would you be doing as an alternative career?

I’ve worked so many random jobs over the years, from a telephone dating service, to electrical, from women’s shoes to restaurants. If I were to join the workforce again, I would hope do something that contributes in a way that can fulfil my soul but I haven’t found something that does that for me the way music does. Maybe tree planting or social work, but I am a painter at heart and I have always loved working with oil paints. I’ve been independent from a 9-5 for 5 years now, and I would have a hard time adjusting to the social dogmas and the competitiveness. I would most likely pursue an artistic endeavour.

There are some definite retro influences on your sound. What artists do you remember hearing as a child, perhaps courtesy of your parents, that drew you to music?

My mother listened to nothing but soul and R&B from Motown to Boys2Men, and my favourite moments were listening to Stevie wonder. For me soul music is timeless and classic, and as it changes to fit the zeitgeist into what is now ‘modern’, it will still always have its place in every time period.

Do you remember the moment where you realised you had an affinity for music?

When I found my voice after puberty, I didn’t want to do anything else with my life. All the songs I loved we now attainable, and it was like something clicked whereas everything else I was learning didn’t. And when I started to learn how to play guitar to accompany my voice, I really began to see my potential. But for me the affinity happened when I was around 7 years old listening to Elvis on an AM radio. I was dancing around and singing. It was uncontrollable.

Creative people are known for being messy, often a bit eccentric, sometimes complicated. Do you fit the stereotype?

Absolutely. I always try to approach problems in a unconventional way and having a conventionally clean work environment sucks the creative juices out of me totally. Im not a slob but I can handle a mess. The universe is indifferent to a messy workspace when you are busy being a conduit for something bigger than yourself. I haven’t been called outright eccentric but I definitely have moments of expressing myself in ways that startle people. Once while was performing on the street, I saw a homeless woman who was carrying 10 plastic bags full of all of her stuff, and although was in the middle of a song with a nice crowd, I just stopped and gave her a shoulder massage.

Can you talk about how you create your music – the process from start to finish?

I usually start with an instrumental. I like this process so much. I create a feeling with sound; no words. I find chords that suit my mood and when its all done I try to listen to the story that is already there. Its like chiseling away granite to leave behind a sculpture. Sometimes however I find myself sitting with an acoustic guitar at home and a song will just come out. I often freestyle lyrics and record them as well.

What environment do you find yourself most creative in?

I find that I am mostly creative in the presence of someone who is into the music. Often times I will just call some friends over to the studio to chill on the couch and listen. I find it gives me the push inspiration I need, and it usually brings out the best in me.

Do things flow better in happy times, or when you are struggling with something?

Both, but never in between. I find that whether it be good or bad, as long as something interesting is happening in my life, the creativity just flows much more naturally.

Who do you turn to for feedback on your songs? Who will give you that honest appraisal you trust?

Close friends. People that are not afraid to say, “dude, that sucks” without offending me. My friends have great taste in music so I take their advice with great consideration.

Your songs come from the heart, personal stories and things you are very passionate about. Can it be draining to perform this material night after night?

It actually makes me feel better about my life. I know that everyone of us is suffering and feels alone because of it. Being vulnerable is scary, but when I share my music with people, often times they open up and can relate to me. I want people to feel comfortable in their own skin when they listening to my music whether at a show or on their iPhones, I don’t want people to have to try and feel cool enough to enjoy it. This album is called “Every Colour” which is synonymous with “everybody..

How do you know when a song is complete? Is it an instinct thing, or do you always feel there is more you want to play with?

A song is never compete. I often revise or re-record a song a several times before I’m comfortable enough to show it to people. I will always have in the back of my mind that something could have been done differently, but I’ve also come to terms with letting it go.

Your debut album Every Colour will be released later this year? Were the song compiled in a concentrated time intended to build the album, or are these tracks you’ve written over a large number of years?

This album is a culmination of songs written over a 10 year period. They run parallel with experiences in my life and can almost be like a diary in a way.

How easy was it to decide on what made/makes the cut?

I’m assuming you mean the songs on my album. I recorded about 20 tracks and had to narrow it down by dopeness and relevance to the record. It was tough, but I still think there may be some goodies that would fit better on my next record.

You confront important and political issues via your lyrics. If the opportunity would arise would you ever want to further this…get involved in politics or initiatives that tackle certain issues.

I certainly wouldn’t get into politics, because I feel like it often conflicts with my beliefs. I am an advocate for the golden rule, but I like to sum it up by saying  “My rights end where yours begin.” Politics and ‘isms’ tend to prevent progress because people end up arguing about superficial identity and overlook the core values like humanity, wisdom, compassion, and selflessness. I feel like politics is a place for those in pursuit of personal gain and less of a place for a healthy discourse, so I choose to use music as my medium to effect the world around me. I have something to say, and it doesn’t require competing for a position of political power.

Being a musician means more than playing/creating music. How do you cope with social media, performing in videos, photo-shoots, etc?

Technology is changing all the time, and social media trends do as well, and it has made me have to adapt. I enjoy making videos because its more about the music and the performance but I often cringe at the idea of photography when it lacks a theme, but I suppose people want to see what I look like in a cool jacket.

Busking is undoubtedly useful in honing your performance, getting used to different crowds etc. Have you had any hairy or particularly awkward moments?

Lets just say I should write a book called “the adventures of busking.” I’ve had a woman forcefully kiss me, Hare Krishnas join in, break-dancers get in the circle, homeless people dance offs, cops getting boo’d for shutting down… you name it, its probably happened. Ultimately, when someone decides to become part of the performance, for example, a drunk guy, or someone becoming offensive or even violent, it is important to either to roll with it, or to proceed to get the audience to shame them. Shaming usually works, and although I like to keep things civil as much as possible there are times I’ve had to defend myself. It usually involves a drunk person and they want my microphone – usually it is a rapper claiming he’s the best MC .  Once, someone through a punch at me while I was playing a song, and I somehow managed to dodge it and he tripped over my leg and fell down and it just so happened to be right in front of some police. He was taken to the drunk tank. Overall I welcome awkward moments into my show, but on the rare occasion I’ve had to physically defend myself.

What will you do when you are so famous it is impossible to do? Will you wear a disguise?

I will wear a David Morin mask.

I would want to do a track with Mos Def, Flying Lotus, and Sade.

Star Trek the Next Generation. More specifically Captain Picard played by Patrick Stewart. He is a G.

When can we see you perform in the UK?

This Summer I will be playing throughout London. I may even check out Edinburgh Festival.

Tour wise, who would you see yourself sitting alongside in a line up ideally?