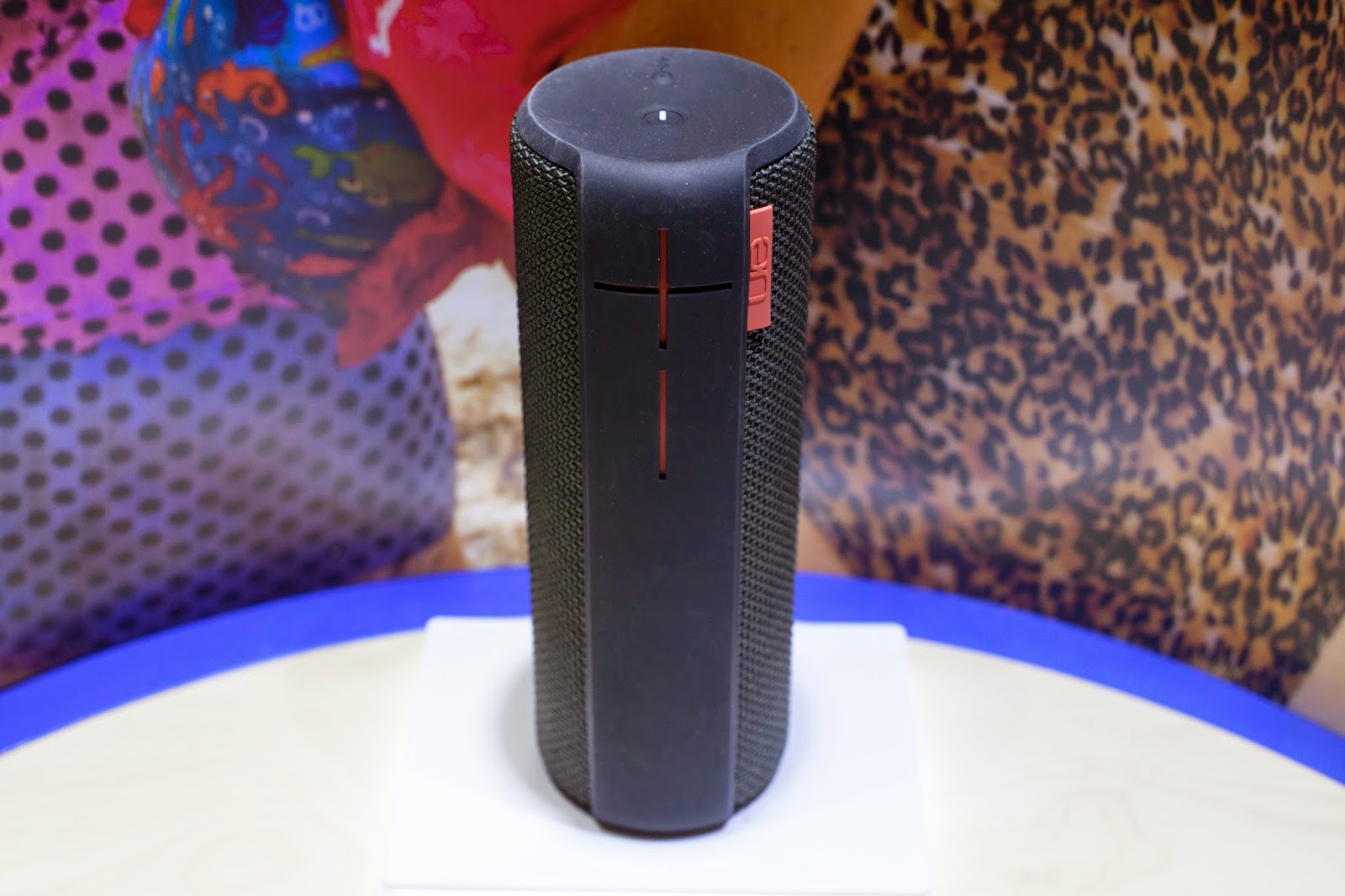 Not that I want to completely shatter the illusion, but the life of a journalist isn’t exactly a financially fruitful one (for me at least). On a more positive note the odd freebie here and there can help us (me) to rationalise our chosen career path, and feel less grumpy about the hours/£ ratio. After the initial high of a freebie delivery subsides, you are often left fe 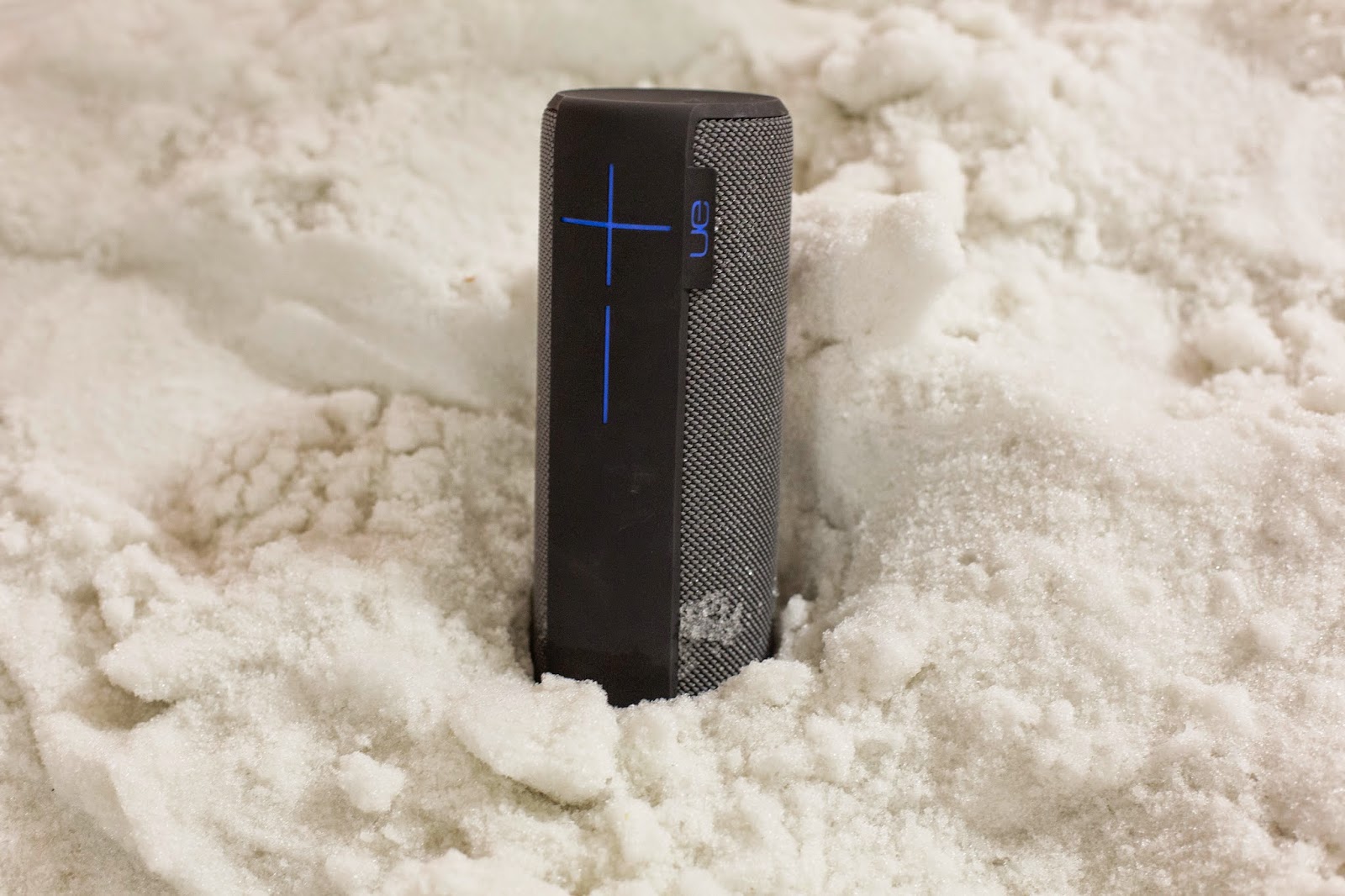 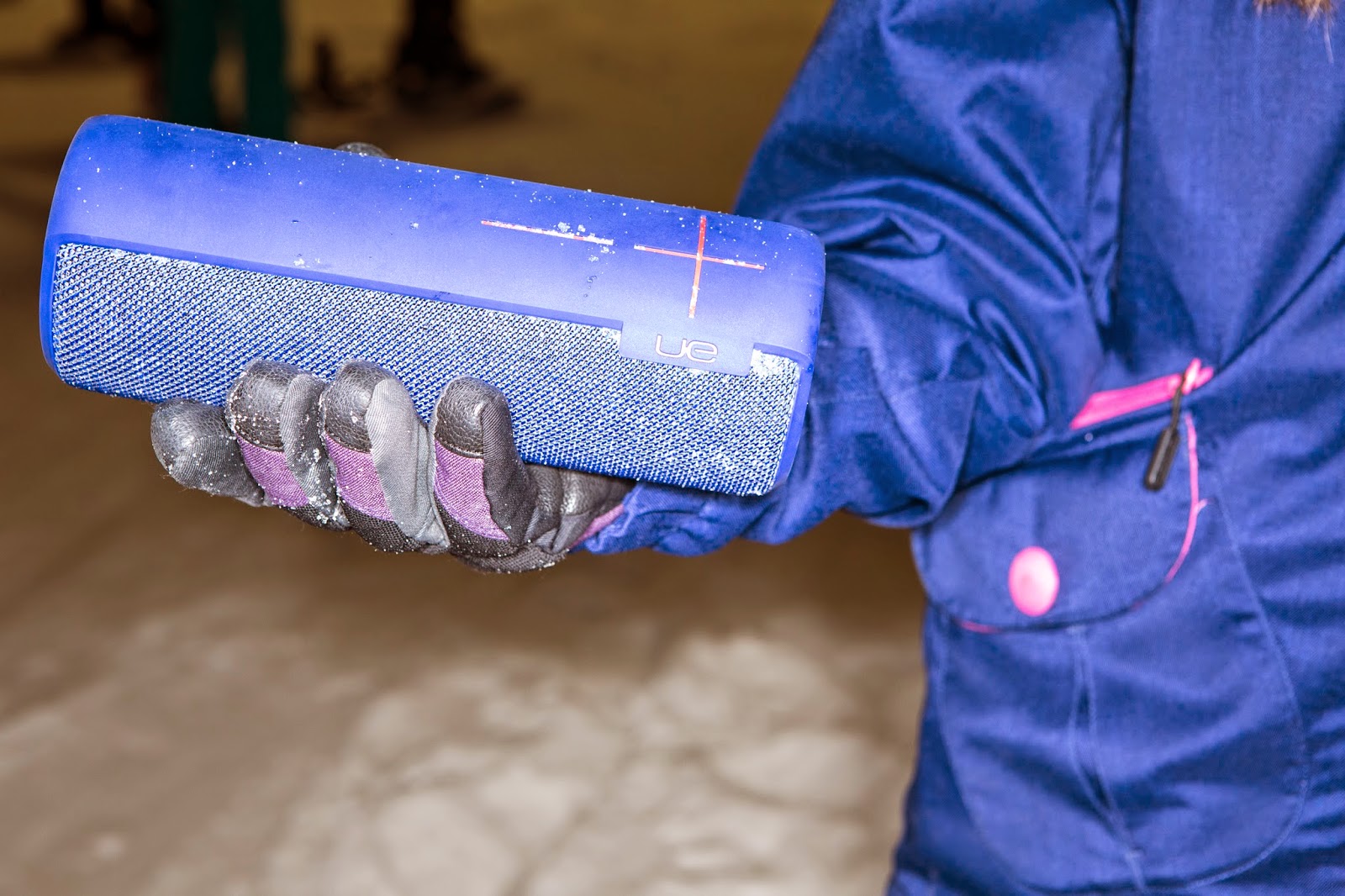 eling that actually you’ve just been gifted with something you don’t need, and that it is essentially just adding to the extensive amount of work related clutter currently monopolising your house.

Then there is a delivery like the UE MEGABOOM. I sometimes feel a pang of pressure when a free gift arrives. In return and as a thank you, you want to give the product a plug on your social media outlets and via a review. That said, I refuse to write a review for something that is irrelevant to me, and I will never write positive hyperbole about an item undeserved of such descriptions. I can’t tell you the relief I feel when I get a product that I would actually like to own and even better, a product that is bloomin’ amazing. More gushing about the speaker in a bit….

A few weeks ago team Ultimate Ears invited me the launch event of their new MEGABOOM wireless speaker. This wasn’t your average shindig to celebrate a product. It wasn’t set in a generic bar in a cool hotspot of London, it was in Milton Keynes. Invitees weren’t celebrities who say yes to the opening of an envelope, in the hope to be papped and featured in the Metro. It was me, and a bunch of other journo and bloggers, who wouldn’t mind confessing to being a bit geeky over tech items. We weren’t dressed in our latest on trend evening wear, we were kitted out in our best practical leisure wear. This may not sound like the dream night out for many of you….but let me assure you,  it was a rather refreshing change! 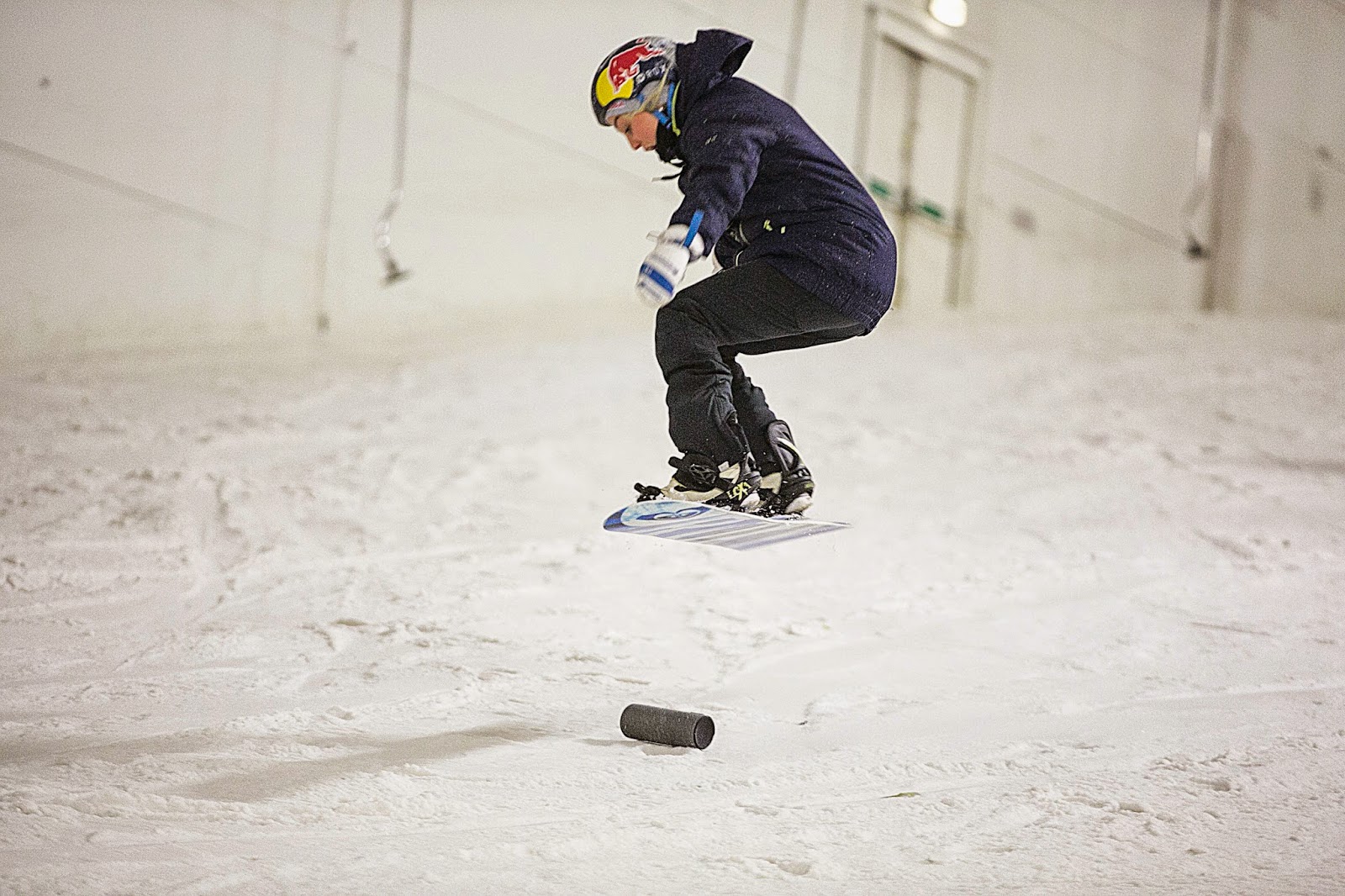 So we met at Milton Keynes Station where we were then taxied to SNO-ZONE, a real snow indoor snowboard and ski slope. We were going to be advised by none other than Olympic Snowboarder Aimee Fuller. Pretty Cool eh? 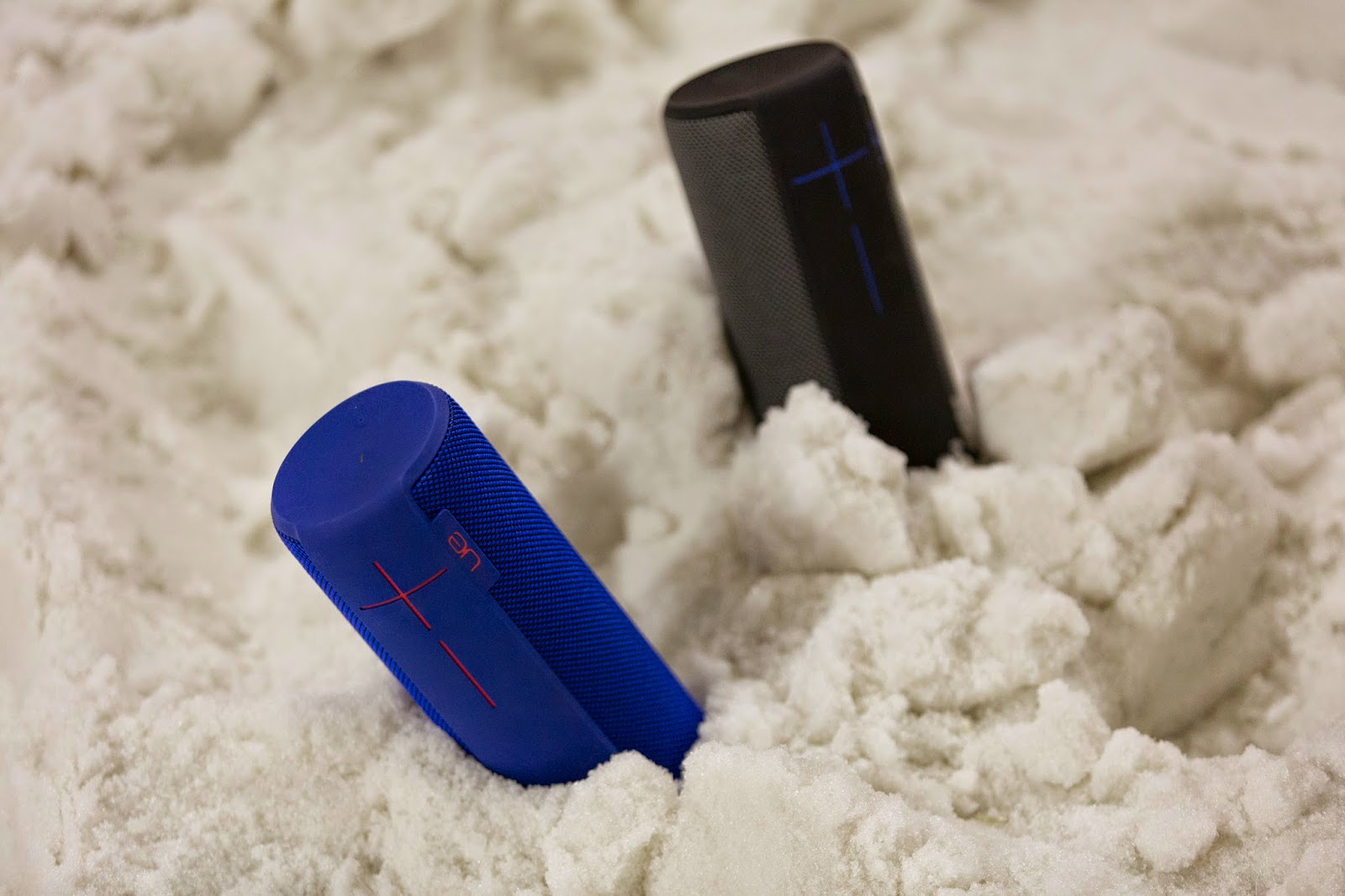 Why? I must confess I didn’t instantly join the dots, and just thought it was a cool concept for a cool brand and product, but no their was some logic involved.

Aside from the other impressive features of the MEGABOOM, which I will go in to later, it is designed to be able to cater to any party, in any location. It is shock-proof, waterproof and light (under 2 pounds), so it isn’t too cumbersome to carry on any adventure you happen to be on. Its durable nature makes it the perfect entertainment enabler for those spur of the moment trips, when you can’t be confident about the weather conditions you may find yourself revelling in.

My track record with snow sports is frankly embarrassing. I went on the school ski trip, with visions of me traversing the slops with ease, and looking pretty cool doing so. The reality couldn’t have been further from the truth. Day one, on the baby slope, I started to slide down when queuing to take my first go. I grabbed on to the nearest guy, kindly pulling him down with me. He managed to regain composure before hitting the bottom. I on the other-hand, got stuck in a fence and had to be yanked out by some dashing Italian instructors. Despite my disastrous introduction to the sport, the next day I dared to try the sky lift. My Ski pass got tangled, wrapping itself round the chair, so when I went to jump off I got pulled back. I ended up dangly off the chair by a mere bit of small rope, in a rather cartoonish manner, thinking that these would be the last seconds of my life as I peered over the mountain edge. I survived but knew that this wasn’t going to be my sport.

Fifteen years later, I find myself back on the snow, about to embark on a new snow sport…and in front of an Olympian no less. I wish I could end this segment of the article with an uplifting tale of triumph, but alas, I was an accident waiting to happen. In fact the evening activity highlighted my limitation due to my M.E diagnosis. Just standing still on the slope proved too tiresome for my withered legs.

So admitting defeat I slid down to the bottom of the slope enjoy the sounds provided by the DJ and delivered to us via the MEGABOOMs. I had to stop myself from being my usual worrywart self when seeing the speakers nestling in the snow, I just wanted to grab them and put them somewhere safe. You would have thought seeing the representative from UE throwing the product on the floor during the presentation would have assured me! 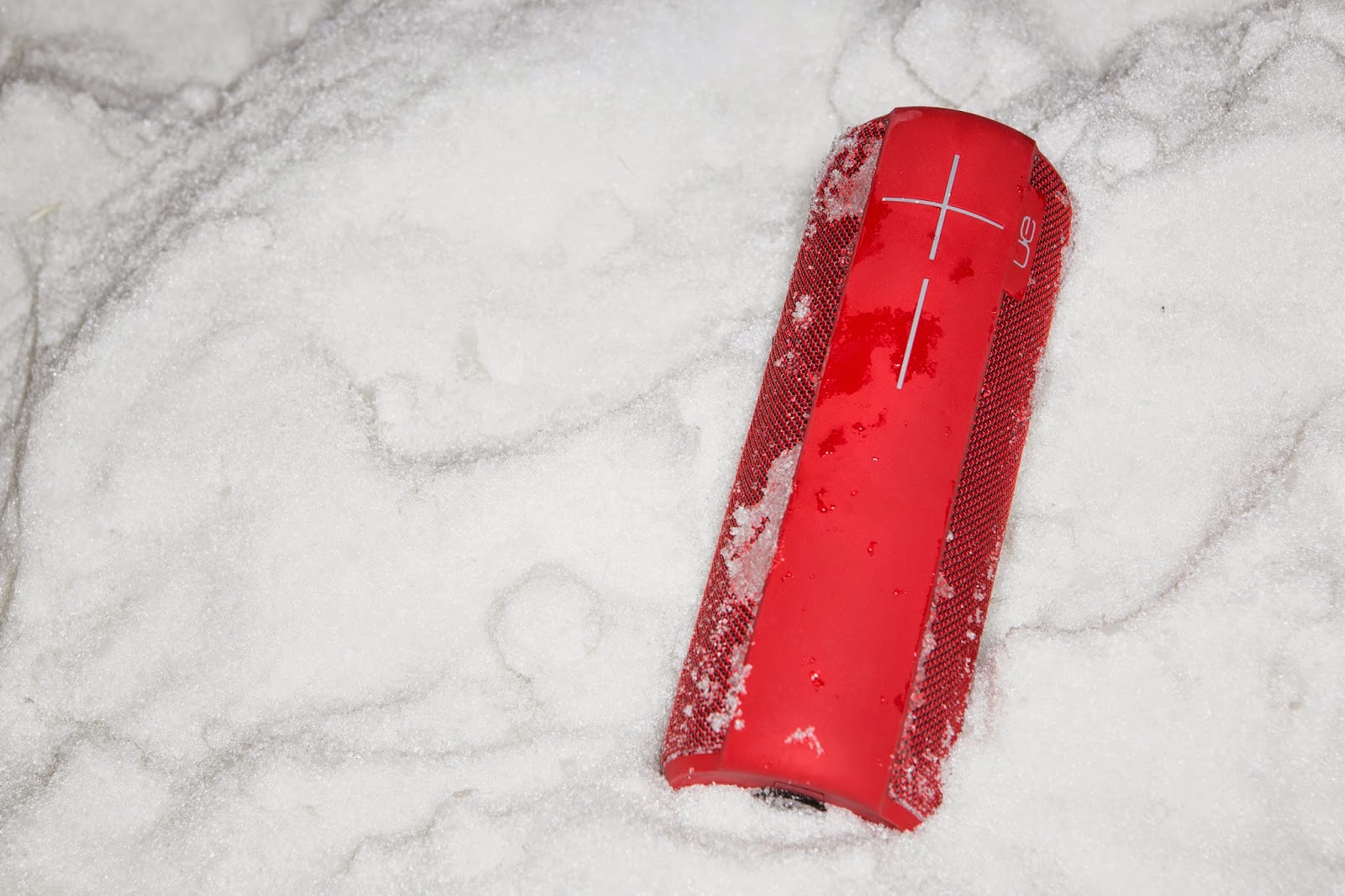 I was incredibly impressed by the versatility and functionality of the product, but I wanted confirmation from someone in the know when it comes to sound. It sounded fantastic to me, but perhaps I am relatively easily pleased seeing as my actions seem to connote that loud = good. I turned to my boyfriend who is in a band who often talks all too much about issues relating to sound quality and what not. I begrudgingly let him borrow and live with the MEGABOOM for a few days, in return for his valued opinion. So he came back with the extensive ‘it’s awesome’ verdict and confirmed my opinions – while also mentioning he would quite like to keep it.

You can wirelessly Double Up with a second UE MEGABOOM or UE BOOM.

Using the app you can control the balance and to choose between Stereo or Double sound.

You can control the party from up to 100 feet away. Or connect to two devices at once so you and a friend can take turns sharing music and playing DJ. Or, take a break from the music with crystal clear speakerphone calls.

UE MEGABOOM has a rechargeable lithium-ion battery that gives you up to 20 hours of non-stop music. The specially-designed, ultra-fast micro USB charger can return it to full power in as little as two and a half hours. Press the + and – buttons together at any time to see how much juice is left.