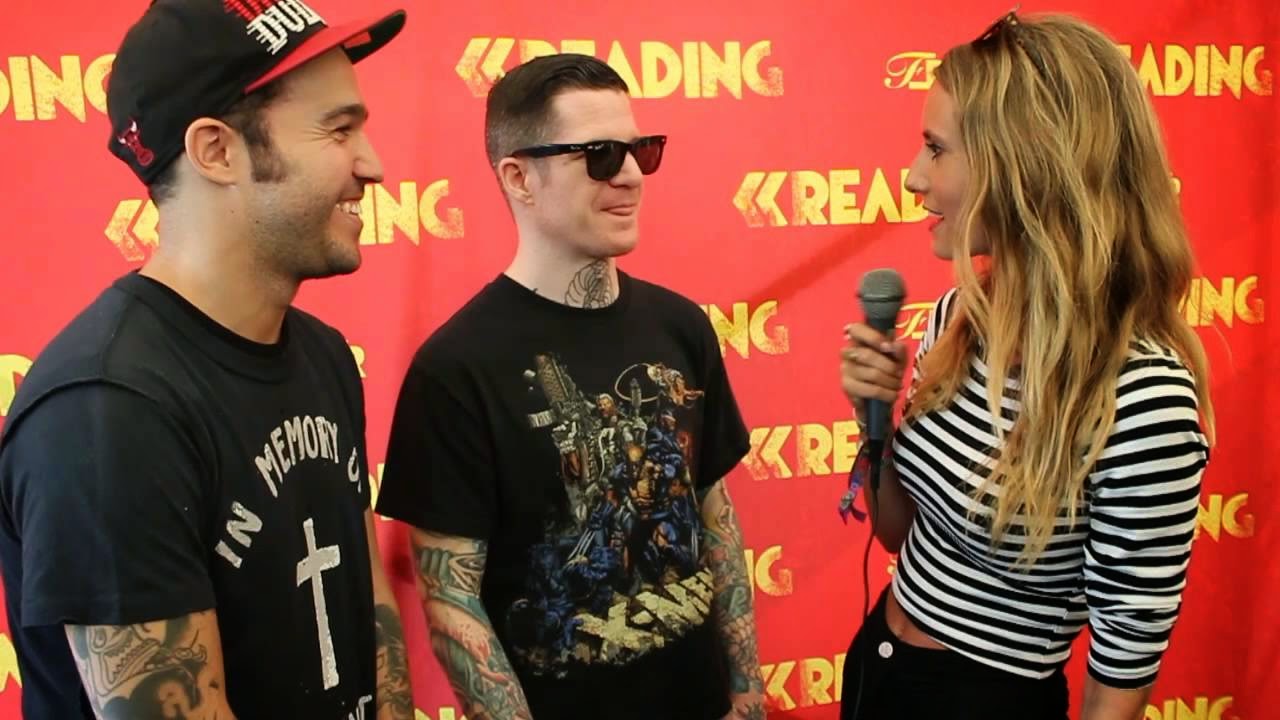 As is often the case when I’m on my commute, I found myself referring to the past, and trying to resolve why certain things had and hadn’t worked, happened or continued. Last night’s topic of thought was my role as a music interviewer….and the fact that I am a female trying to be taken seriously doing it. I have been offered various presenting roles of late, ones that I haven’t felt right about taking on, so I think that’s why it was buzzing around my noggin.

I ended up thinking back to a number of years ago when I had been invited to do a screen-test at MTV. They were aware of my style of interview and the slant towards rock, but they were screening for chart show hosts and invited me along for a try.

When I arrived there were some other testers in the room. First of all I noticed that they were considerably younger than me, which instantly caused my confidence to flounder, but I soon also found out that they had done numerous screen tests prior to this one. This was my first, so I didn’t really have any idea what was coming. Sadly I had written myself off already……you can probably guess the result of that given screen test given that I am writing this post.

I won’t go too much into the cringe stuff I had to do on camera, in front of a room full of strangers, but it soon became clear that this role wasn’t for me. They were looking for wacky, bubbly, over the top, loud and probably a lot hotter/younger ..or at least that’s what it felt like. My voice has actually gone by the end of it because of how loud I had been forced to be.

For years I had thought that this would be the opportunity I wanted, but in reality I realised it just wasn’t me. I’m not interested in being famous, in fact I think I wouldn’t cope with that at all well. I didn’t get pleasure from reading out words or scripted jokes that weren’t things I’d want to say, or that didn’t feel natural. It was this experience that made me realise that it isn’t the act of presenting I love or the being on camera that I crave, it is the process of talking to knowledgeable or talented people about my favourite topic…music. This realisation has changed my approach to work and that interviewing work I take on.

When hired by brands or companies to be a presenter/interviewer you are often given a script, or strict outline in terms of questions or activities they want you to do with a band. When you’ve been working in the industry talking to bands for a while, you get to know what bands like to be taken seriously and talk about their craft, and others who are willing to be silly and cover more random topics and take part in the sillier interviews. I remember a client wanting me to ask some ‘fun’ and ‘random’ questions to a band I knew were extremely serious about music. I knew that if I went ahead with the planned questions it would lead to an uncomfortable chat which would then reflect badly on me. After-all they don’t know that you’re being made to ask those questions, neither do the YouTube commenters who are always eager and waiting to rip a female interviewer to shreds. In this case I quietly told the band what I had been asked to do to see if they’d be happy to go along with it…and as predicted they said very politely that they would prefer not. So in this case we went with some music based questions…..This is a common conundrum when doing interview work for others – sometimes you are put in a position where either you or the band end up feeling rather uncomfortable.

I completely understand where bands like the one in the above tale are coming from. They spend their lives pouring their heart and soul into a piece of art, one that has often very little financial reward, that takes them away from their loved ones for months on end, and someone wants to ask them whether they prefer cats or dogs… or requests them to do a dance like some sort of performing monkey….. you know the drill.

Don’t get me wrong there is a place for both content, it lovely to be able to turn to writing and videos for an escape from the serious,  to get immersed in the frivolous, the silly, the irreverent…..but only if they are comfortable with it. I know some of the younger bands in particular like to have a break in their long days doing press by doing something that taxes the brain a bit less, or means that they don’t have to repeat same music related questions another time.

The only problem with interviews that veer away from what the bands have forged a career doing, is that it adds fuels to a major problem with the music industry in 2015. So many ‘music fans’ appear to be far more interested in the band members, who they are/aren’t dating, who they have beef with…..in fact anything aside from the music. When I was talking to Kellin Quinn lately he commented on this trend, and how he feels people would be just, if not more satisfied, to get a selfie with him, than watching him perform the music he makes. This attitude has completely changed the dynamic of the music industry in a negative way, and I want to do just a little bit to to tip it back in the direction of the music.

Although there are man women who have rightly gained huge respect in the music industry – PR’s, managers, journalists – I still witness incidences that proves that women have to work a lot harder to ear respect in this industry, much more than our male counterparts. I’ve heard some stuff over the years courtesy of bands/viewers/Tour Mangers about some female interviewers/bloggers/journalists when they’ve left. It is clear from their statements/judgements that many still think they are merely fan girls…I’ve even heard them referred to as sluts…even without any evidence to back it up. I know most of the comments would be rationalised as off the cuff ‘jest’ but the fact remains that males in a similar role probably wouldn’t be disparaged with the the aforementioned descriptions. I guess the knowledge of this has spurred me on to really try and do interviews that concentrate on music and the creative process, even though I know that many of the fans would actually prefer to watch/read more fun and random videos and articles.

That said, variation, options, difference is what makes life and media more interesting. It is great that other people offer that content, it would be very dull if all offered the same content or mood. I will of course do some irreverent and fun interviews, I will also try and find out more about the person behind the music, as I think that helps us understand the music they create more. However, I will always make sure I have the traditional music based interviews….for the fans that are actually interested in the songs.

At times I have wondered whether I’m making life difficult for myself. I am fully aware of what content is popular, and at times I’ve wondered whether I should change tack to suit, but I am just not comfortable in doing so…and I don’t get the same adrenalin high, the one you get when a band says they appreciate the thoughtful questions. Don’t get me wrong I’ve had a right giggle doing the funny ones too, but in terms of pride it is the more in-depth ones that mean something to me. I know I’m not the most vivacious, outgoing presenter. I know I don’t embody the typical rock/alt look. I know I don’t have model looks and I’m definitely not cool. However I am passionate about wanting to deliver information to you about the music you love. I really hope this is something that translates, and I really hope some find some value in this.

I really hope in the long run being myself, and doing what I am passionate about, will put me in a great position career wise. It would mean so much to be respected in this industry for doing what I do.

P.S Sorry for babbling today…I think I have meandered all over the shop. I am in the middle of a career crisis I think. I go from thinking I’ll stick to my guns and pursue the serious music journalist thing to thinking I’ll just get a stress free job out of media/entertainment that will pay a whole lot better.

P.SS I used to get a lot of YouTube comments to the note of ‘she blatantly wanted to bang him’ under interviews….funnily enough, usually under the interviews with guys I couldn’t have fancied less. This has stopped now, but before you type these sorts of things ask yourself whether you’d write that under a video with a male presenter.