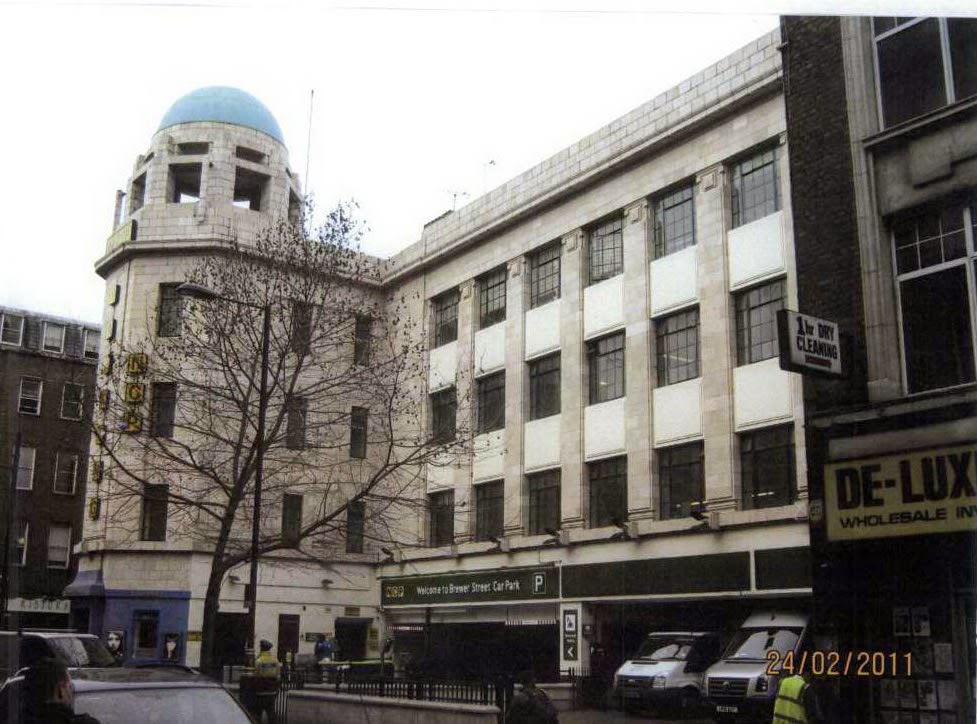 The British Fashion Council has today announced a new venue for London Fashion Week. This September the 62nd edition of LFW, a global highlight on the international fashion calendar, will move to Brewer Street in the heart of Soho. This new central London location fulfils the BFC’s goal to host London Fashion Week in the West End, providing an epicentre for a city-wide fashion celebration with close proximity to major retail spaces.

Munira Mirza, Deputy Mayor for Education and Culture, said: “Brewer Street Car Park as the host venue is a brilliant development for London Fashion Week. With its position in Soho, it is at the heart of an area that has long been associated with fashion and creativity in general. I am sure the move will literally drive even more interest in one of the most important sectors for our economy.”

Spanning two floors of the Brewer Street Car Park, the new central LFW venue will play host to some of the world’s most exciting designer catwalk shows in the BFC Show Space and the Designer Showrooms where over a hundred designers will exhibit their collections to an audience of UK and international press, buyers and stylists. The flexible space will also be used for LFW guest registration, a photographers’ area and press, buyer and sponsor spaces.

Dating back to 1929 the Brewer Street Car Park is an iconic art deco building designed by architect JJ Joass that is fast becoming one of Soho’s most dynamic creative spaces home to a public programme of audio-visual shows, events and installations including The Enclave, an exhibition by Richard Mosse; The Fractured and the Feline by multi-media illustrator Quentin Jones which was designed by Robert Storey; FORMAT by acclaimed music producer and artist Trevor Jackson; Dinos Chapman and the Capital Children’s Choir; and The Ada Project by Conrad Shawcross. Last season, the BFC and British Council used the space to exhibit over 110 emerging fashion designers from nearly 30 countries as part of the International Fashion Showcase, the largest LFW exhibition that is free and open to the public.

The move to Brewer Street sees London Fashion Week increase its footprint across the capital and marks the next stage in the evolution of the biannual event, which has previously been located at Somerset House, the Natural History Museum, Duke of York Square and Battersea Park. In a bid to drive city-wide support for an industry that employs nearly 800,000 people and is worth £26 billion to the UK GDP this season’s LFW showrooms, catwalk and event schedule will be accompanied by an exciting programme of free talks open to the public.

Caroline Rush, Chief Executive of the British Fashion Council added: “The long term growth of the UK’s designer fashion market is reflected geographically in this move that will see London Fashion Week designers showcasing collections in one of London’s most vibrant, diverse and creative hubs set within a mile of Bond Street, Dover Street, Mount Street, Oxford Street and Regent Street. The new and exciting venue has already been dubbed as Brewer Street’s ‘Fashion Park’ and will offer freedom and flexibility to designers who will be able to transform the show space to reflect their own aesthetics and identity.”

I have seen shows in this space before, including a spectacular Henry Holland show, and it did feel the perfect environment for such an event. There are a few issues I do worry about in terms of its suitability though. There are the long narrow staircases for one. The main thing is its situation in the heart of London. Being central to everything is a great thing in many way, but the streets round there are already consistently bussling with people. At somerset house there was a huge amount of outside space where people could mill about and pose for streetstyle bloggers and photographers. I feel there may be less opportunity for this in the new location. I will also miss the sophisticated grandeaur of Somerset House, although I am sure I will adapt to the more industrial feel of the car park. I will be very interested to find out the reality of LFW in it’s new home. What do you think about the move?