Calling myself a newbie may seem odd considering there are over 700 videos on my channel…but it’s true.

Much like my blog, my YouTube account was used purely to store my work. It had a function, but that was about all it held for me. I just wanted destinatons to upload all my work so it was easy for me to find, and if I was sending out CV’s I could easily direct people to my portfolio of work.

I have been blogging and vlogging for years but generally for other people’s sites – it would never be me who got subscribers, followers or hits….basically they got all the benefits of my work. That said, I came away with experience, a body of work, and being able to say I worked with ‘insert recognizeable websites/magazine/brand, which would apparently help in my quest for the job of my dreams….whatever that is/was. To be honest though followers, subscribers etc weren’t really on my radar. For years they held no importance or relevance…it just wasn’t something that bothered me. As long as I met the deadlines set by the people I work for, and did a decent job, that was kind of enough. In hindsight I miss this…..the pressure to build your numbers is not something I enjoy.

Due to my health issues, particularly M.E there has been a siginficant change in my stance. I’ve been told it is inlikely my body will be able to manage full time work. History provides enough proof of that. However I know that if I manage my schedule carefully I can do a reasonable amount of work, as long as it is kind of on my terms. Unfortunately budgets for interviewers, writers etc are hard to find in 2015, so even if I can secure work, the financial gain will be small or non existent. So how can I continue to do the work that I have been doing for the last 5 years or so…and give myself a glimmer of hope in the financial department.

Someone from one of those YouTube management companies emailed me saying that they saw potential with what I was doing. Light bulb moment….maybe I should take this stuff a bit more seriously and see if I can make a go of it. With my health as it is it may be the only viable option…..

I didn’t know where to start. I had never watched a “youtuber’s’ video before…I didn’t know who were the big vloggers, anything about the community….in fact I knew zilch. I had only ever turned to YouTube to watch a clip of something from my youth, as an alternative to google in finding an answer to a random question, or to play a song…..who am I kidding – I also looked at a fair amount of cute animal videos.

Without trying to lure people to my channel I had amassed 400 or so subscribers over the years just through the uploaded random content I’d created through various jobs. It’s a start…but only a very small start. I had no idea how to start making my videos count and actually entice a considerable amount of people to follow what I do….

I was told to add the  ‘subscribe to my channel’ link to my videos. It was amazing how quickly this made a difference to my numbers. I could have kicked myself though. I had a few relative big hitters on my channel that had reached the 80,000 mark or similar, which had been on my site for a while without the aforementioned instructions – what a waste of potential subscribers.
There were also a few other youtubers who has grabbed my videos and uploaded to their channel…in essence stealing my views. One uploaded my Jessie J interviews, reaching nearly 100,000 views while mine had a mere 1,000 and I had no idea that I had the right to get the removed…..bit late now, but grrrr!

It is incredible that asking your viewers to subscribe makes such a difference. When wrapping up my videos now I  make sure I say to the viewers that I’d love them to subscribe. Apparently just making it clear that you are someone looking to build a community is all the info that’s needed. That said, it is still a slow process, so I clearly still have a lot to learn.

The one thing I miss about working for other channels is the blissful ignorance. I would never see the hurtful or nasty comments, because they wouldn’t be emailed to me….but to the owner of the channel (unless I had one of my ill advised sessions at looking at the comments sections of the channels). Any female music interviewer puts themselves up for a lot of potential shizzle…people are raring to find fault in your questions, your demeaner, your clothes….they can be very protective of their favourite artists.

The more content you put out on your channel the increased amount of comments you are going to get. So far I have been incredibly lucky and havne’t had a nasty one in donkeys. but I remember the abuse I got after an All Time Low one (when I introduced the band in a way the client had wanted). Apparently saying I was with All Time Low, rather than just Alex and Jack from All Time Low was disgraceful behaviour . So my point is….with deciding to be a YouTuber you have to prepared to an extent and try and get your transluscent skin a bit more opaque. By putting yourself out there you are inviting other to put stuff out there…and sometimes the ‘stuff’ isn’t as nice or as constructive as you’d hope. 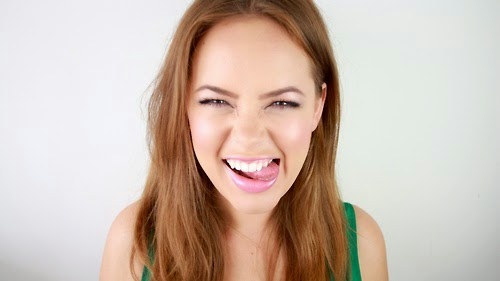 Like I said earlier, I had no idea about the Zoella’s, Tanya Burr’s of this world prior to giving this a proper go a few months back. I wouldn’t have been able to tell you who they are, what they do and who they go out with…but now I can tell you what pet’s they have and where they’ve been on holiday recently. It’s amazing how quickly you get immersed in this world. My closest friends aren’t in the music, fashion or media worlds and have no idea about YouTubing or YouTube stars….and would be boggled by it all (like me a few months ago). Isn’t it bizarre how someone can be an idol, a megastar to millions of people, yet outside of that world a complete unknown.

While I watch the odd video by a few vloggers I respect ( for the content, quality of footage or just because there is something relatable about them) I’m still not entirely won over by it all. Every day I battle in my head with the pros and cons of being a YouTuber but more commonly whether I agree with all that YouTube represents.

I can’t help but feel it unfair that some people are able to upload content that lacks quality, yet because they are beautiful are able to make a very good living out of it. But I guess this is something that happens in all industries. Sadly hard work, dedication or talent doesn’t necessarily equal success. I can’t help but get upset when I see a vlogger uploading content expressing potentially harmful messages to their easily influenced young viewers.  I also worry that the next generation are going to have a warped sense of what it is to work hard and earn respect and money. That they think its a quick and glamorous way to make a living…..the easy option. I’m not saying all these things are valid worries….but they are worries all the same. I think some of these points make me have ethical wobbles now and again.

All those points considered a good vlogger can do so much good. They can encourage people to be their unqiue selves, encourage them to be creative and follow their dreams. They can give them tips on how to be more happy in their own skin, and even give them beauty/health/fashion tips and enable them to look how they want to look. The fun youtube videos also give people that much needed escape from the stresses of daily life….and trust me in 2015 that is hugely important.

I used to think it was terrible/weird that people would spend so much time watching the sort of vlogs that merely capture other people’s daily lives. I’d wonder why people woudln’t rather take an interest in their loved ones or the 3D world. Then I checked myself. I have been watching Big Brother, The Osbournes, The Real World…all sorts of reality shows since I was a little one – I love watching other people’s lives! If you think about it watching a YouTuber’s vlog makes more sense as they are likely to be more like us, more relatable, and there is even the chances of some interaction. They aren’t as pointless as you may think either. I’ve found tips on great places in the world to travel to, cool restaurants to visit and find comfort in the warmth I get from watching people having a lovely time. Perhaps sad…but very true.

Rather than worry about all these things, maybe I should just accept that’s the way it is, embrace it and mould my way of working to suit it.

I still feel out of the vlogging community. I have relationships within the music industry as a journalist, but I have not yet cemented a position within the vlogging community. You tend to see a lot of the same faces invited to attend vloggy events (via instagram posts), and I wonder how hard/easy it is to penetrate those groups. It feels a bit intimidating, particularly as someone quite a bit older than the majority. I’d love to do some collaboration videos, but I don’t know how to go about that without being too cringe or setting myself up for a ‘denied’ moment. I imagine YouTubers will only want to do it if it is beneficial to both taking part…perhaps I need to hunt others that are on the 5,000 subscribers mark.

I am also a bit confused about the direction of my channel. The stats say that the majority of my existing followers are male. I imagine they have subscribed mainly because of my music interview content. Men tend comment on my interviews the most…unless its with a more sceney band.  But I am trying to expand my content and attract more subscribers. Of course fashion/beauty should be the most effective way of doing this considering the that biggest bloggers tend to veer towards these subjects (and gaming) . However, everytime I post one of those videos I see a few subscribers drop off. I can only assume they are the males, who have little interest in finding out which foundation is best for my acne ridden skin. Trying to expand your audience while maintaining the one you have is tricky….you have to mindful of why people have been enjoying your channel so far, and make sure you don’t stop offering that content….or at least finding a good balance between the old and new. 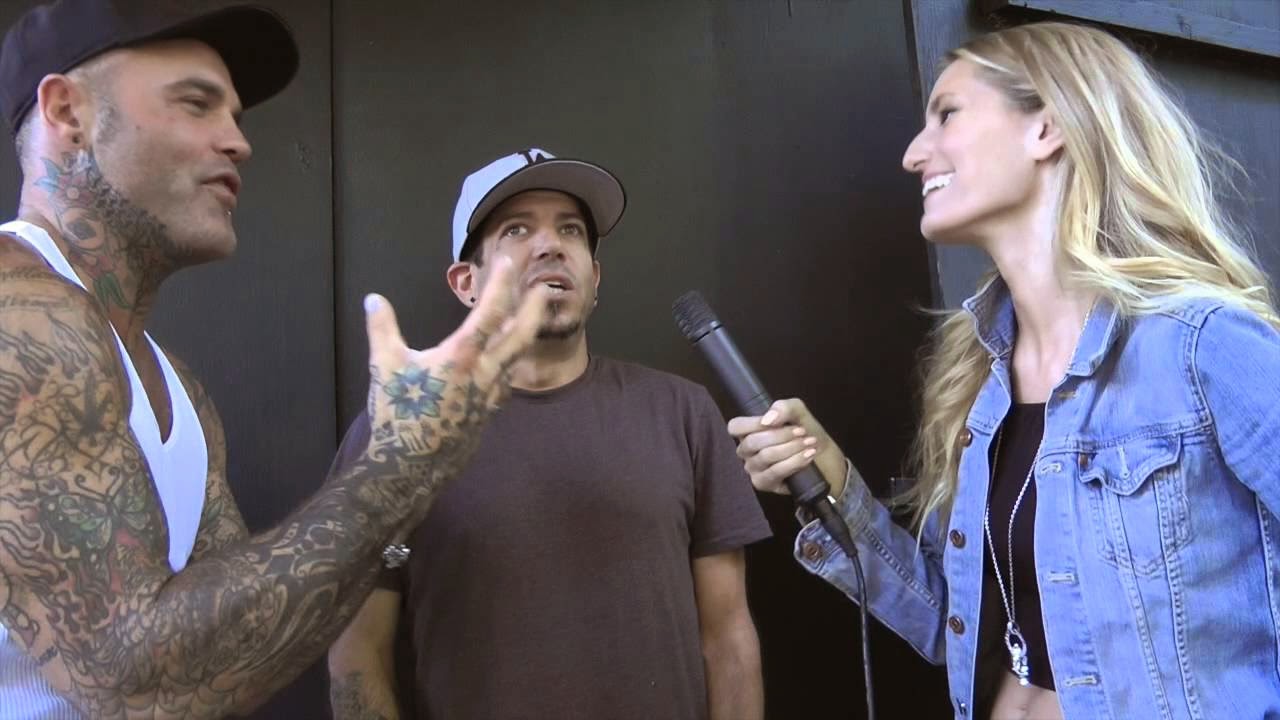 Just one final word fart from me on this topic…..Something I’ve always found awkward is talking money – probably why I end up doing so much work for free. It just makes me feel all sweaty and flustered. I get emails quite regaurly about working with brands and I never when/how I should broach payments for things. So, any vloggers reading this….how do you deal with this? How do you know what is an appropriate fee and when to request a fee? Do you have someone else that deals with the financial side of things?

Anyhoo….sorry again for this overshare…P.S .I don’t ever wish to offend with my opinions, they are just honest ramblings from someone having mega to and fro’s in their head!