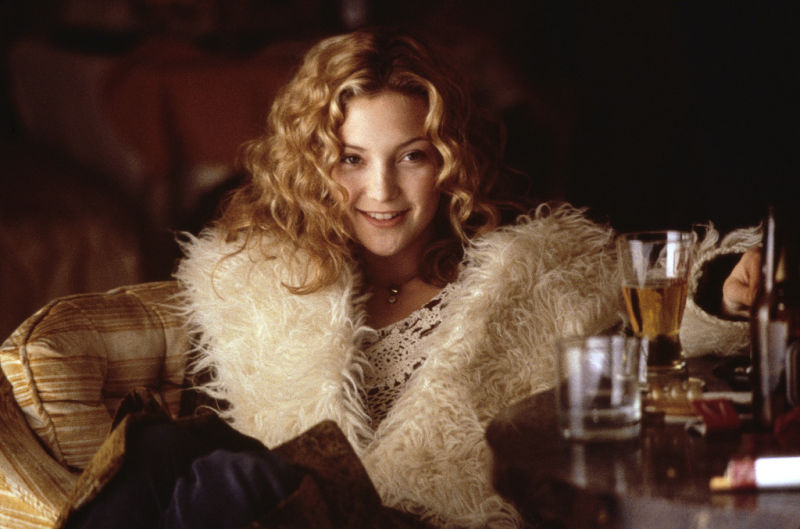 Every time I see someone tweet/instagram/comment saying they wish they could date (insert famous band person’s name) I want to send them an extensive rant. If they really considered what it would involve on a day to basis would it still be an appealing prospect?

These humans have been put on a  pedestal because of the songs they write/perform, but essentially they are the same as us…..just with a job that means that are away a large chunk of the year,  are faced with constant temptation, and rarely have any money. Hardly dream life partner material….

Relationships are tough at the best of times. Actively seeking out a relationship that has extra hurdles, difficulties and stresses is bonkers. Rather that embellish and enhance the idea that being band WAG is cool or glamorous, I want to give you truth.

P.S I’m not saying you shouldn’t date someone in a band, but the goal should be finding someone you connect on a human level. I understand creative/successful/adored people can be sexy….but once that fades you got to be happy with what’s left.

I am very lucky I don’t have to worry about this in my current relationships, but in the past this has been a hellish thing to deal with . Long distance relationships in general are a nightmare if you are in one that lacks trust. You can find yourself looking through their tweets, their instagram comments etc and overthinking everything you see, creating up scenarios about what they may be doing, and with who. If you find yourself doing this and working yourself up, you either need to work on the reason why you mistrust the partner, or work out why you are insecure (often its because you had an cheating ex). ‘Famous’ people are getting complimented all the time, surrounded by yes people, and approached by people offering themselves on a plate. Sometimes this goes to their heads, but sensible people surround themselves with people that bring them back down to earth. But the point I was making is you have to be confident and relaxed in the fact that your partner won’t take these offers up. If you have that fear your life will be a misery – you’d be constantly worried about every fan photo you saw or amorous tweet sent in their direction. But it’s not a one way thing either. I’ve known of  guys getting annoyed when they see that their girl at home has been hanging out with guys (friends). TRUST IS EVERYTHING!

I’m an individual you know!?

There are some people who are known primarily for being the gf/bf of their famous other half. I’m sure there are some people who can deal with this, and even embrace it. I know in some situations, people reason that it is a position of worth because of the glamorous/rich lifestyle that comes with being that given person’s partner. They like that they can attend certain events, buy certain things, and be treated a certain way because of who they date or are married to.
I’m not really interested in being thought of as cool (clearly), and apart from the odd person who has turned me into something very melty and bumbling (Dave Grohl that’s you) I am generally not fussed about meeting celebrities (you will notice I don’t often take selfies with so called ‘famous’ people I meet and rarely go to after-parties) – so the lifestyle side of it doesn’t really have any pull. I’ve digressed a bit here….but what I’m saying is that I don’t really embrace the title of being someone’s gf, someone’s plus 1. I want to be known as Sophie Eggleton, for better or worse. Not just as the partner of someone who is far more interesting to you. I would hate it if people only watched my videos, or read my blogs, because of who I go out with. if you find me via that reason then super…..but I hope you stay because you relate to what I say or do.

When they are travelling the world you quite often find yourself and opposing ends of the clock. When you at the end of the day and wanting to head to dreamland, they are wanting to chat and expect and alert and expressive response. When you are in the midst of meeting deadlines, they are wanting you to be lovey dovey on Whatsapp. You get the jist. The fact that you are out of sync makes contact a stressful thing. You end up getting ratty with eachother, even though it’s no ones fault – your just not currently aligned in terms of time. 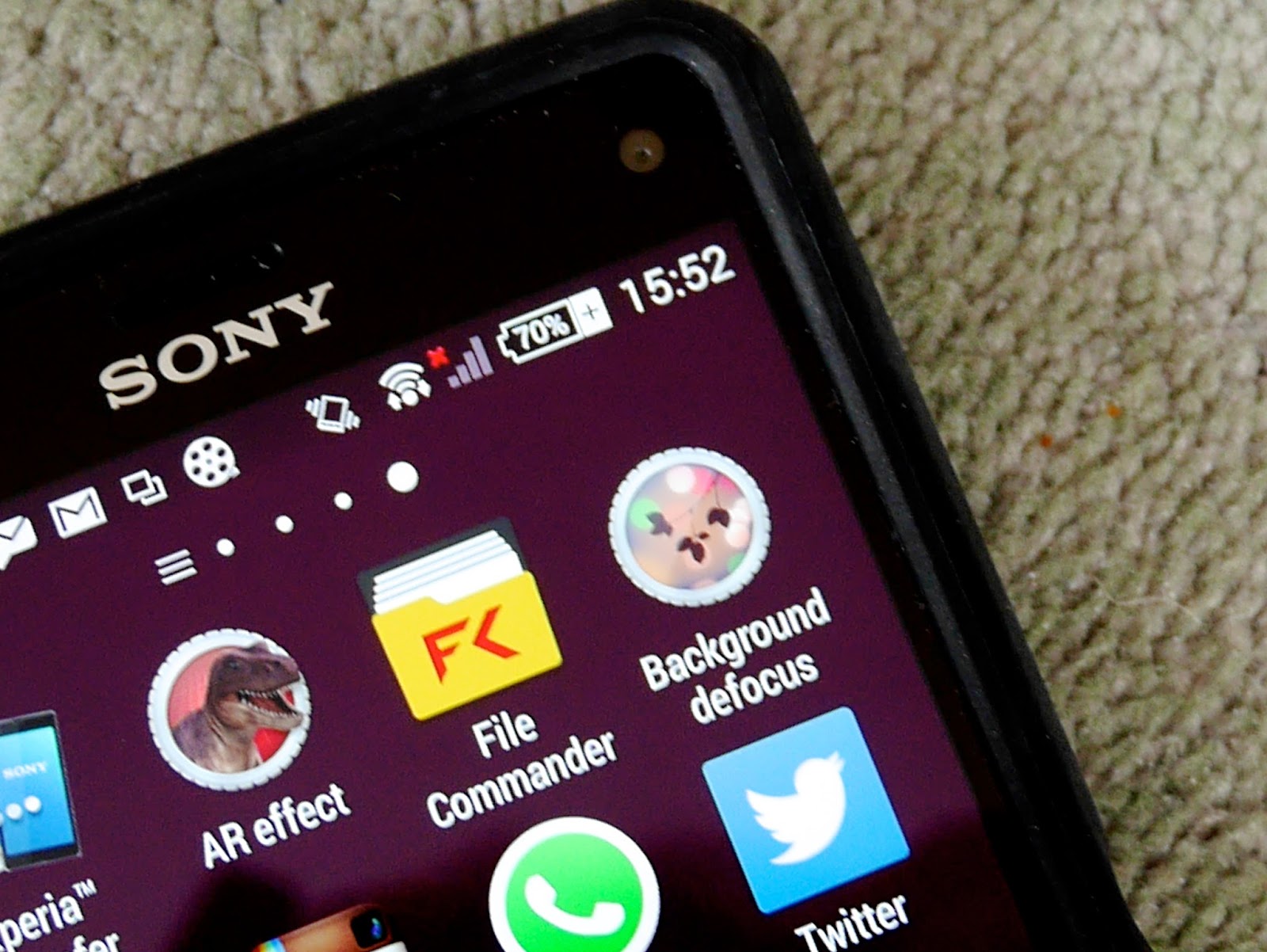 I CANT HEAR YOU!!

Another aspect of communicating when situated in different parts of the world is dire phone reception. When the band are travelling in remote areas with extensive stretches on the open road you often have to admit defeat. Some smaller or more run down venues abroad have very weak wifi, so talking over viber ends up being a shouting match and the delays mean you end up talking over each other the whole time. Oh and then soundcheck happens and you suddenly have a rock band to contend with on top of the wobbly reception, and Eurovision style delay. 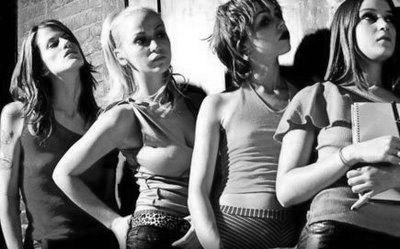 There are girls there linger around bands, hang around backstage areas, and flirt with tour managers/merch guys/pr’s etc to gain passes or access to the band members they fancy – who unfortunately effect how other girls in the industry, or girls interested in rock music are perceived.
I have nothing against women who enjoy sex and being active as a singleton, I am very much someone who think ‘each to their own’, and if that’s what you wanna do then crack on. But it is a shame that certain behaviour impacts the overall perception of women and rock music.

Knowing people’s views on that sort of behaviour used to affect my dating behaviour. I used to be very staunch about the fact that I wouldn’t date anyone in a band/industry because I was so desperate to be taken seriously and respected doing the work I do. I would turn down dates or back out of situations with band members and/or industry people….which resulted in a very dry single life and turning away people who may have well been lovely romantic partners. Then someone said to me that I was being ridiculous. They told me to think about how many of my friends (who work in different industries) have found partners through work, and why should it be any different for me. They were of course correct. Work takes up most of my time, and most of the people I was meeting were within music, so it was highly likely I would find a connection with someone in a band or in the music world. I would have to give music types people a chance or I would likely never meet anyone. So I adapted my screening process and decided not to vito people just because they’re in a band, in the hope that people know who I am and what I am about, and know that I was in it for the right reason. I got pretty burned with one guy, who proved to tick all the horrible rock-star stereotypes and treated me like a piece of dirt. That said I tried to remember that you get good and bad people in all walks of life, so not all music people will be bad eggs – I am now with someone who is kind, sensitive and respectful.

I can count on one hand the amount of people I’ve ‘you know what’ed’ and I’ve never had a one night stand. So before you judge women who may have been called ‘band sluts’ , remember it is highly unlikely you know the real or full story. Shaming of any kind is a waste of time and horribly negative anyway.

It’s funny though, when I think about it I’ve always connected with creatives and music types. Even at school I hung out with the naughty boys or the guys in bands. I don’t know whether we connect in terms of an interest in music, art, film etc…..part of me thinks many of these boys were tortured and troubled and thought that I may be able to offer some comfort, as I have always had a tendency to want to fix people. Perhaps they just wanted to corrupt me…who knows?

I know it appears to be an awesome way to enjoy a rock show, but the reality is the sound is atrocious. Okay, the first time you are on a high, busy enjoying the wave of feeling a bit privileged to be allowed to watch from the side of the stage. That quickly fades when you realise you can only hear the drums and the vocals are pretty much a murmur. So if you are a genuine music fan, and want to appreciate the music in its full glory, being out there in the front, in the thick of the atmosphere, is the way to do it right.

There’s not such thing as down-time….

Full time bloggers will know this already….there is always work to be done. The same goes for guys in bands. Even when fans think the bands are on a break from tour or studio, I can guarantee there is a lot going on behind the scenes. The group whatsapp conversations debating various big and small decisions is an ongoing thing….often into the early hours. There are always socials to be updating and ‘out of office’ is not an allowed function. You have to accept that even on the days which have been pencilled as ‘off’ days or ‘us’ time, they will be distracted at regular intervals.

Continue to Part 2….where I rant a bit more