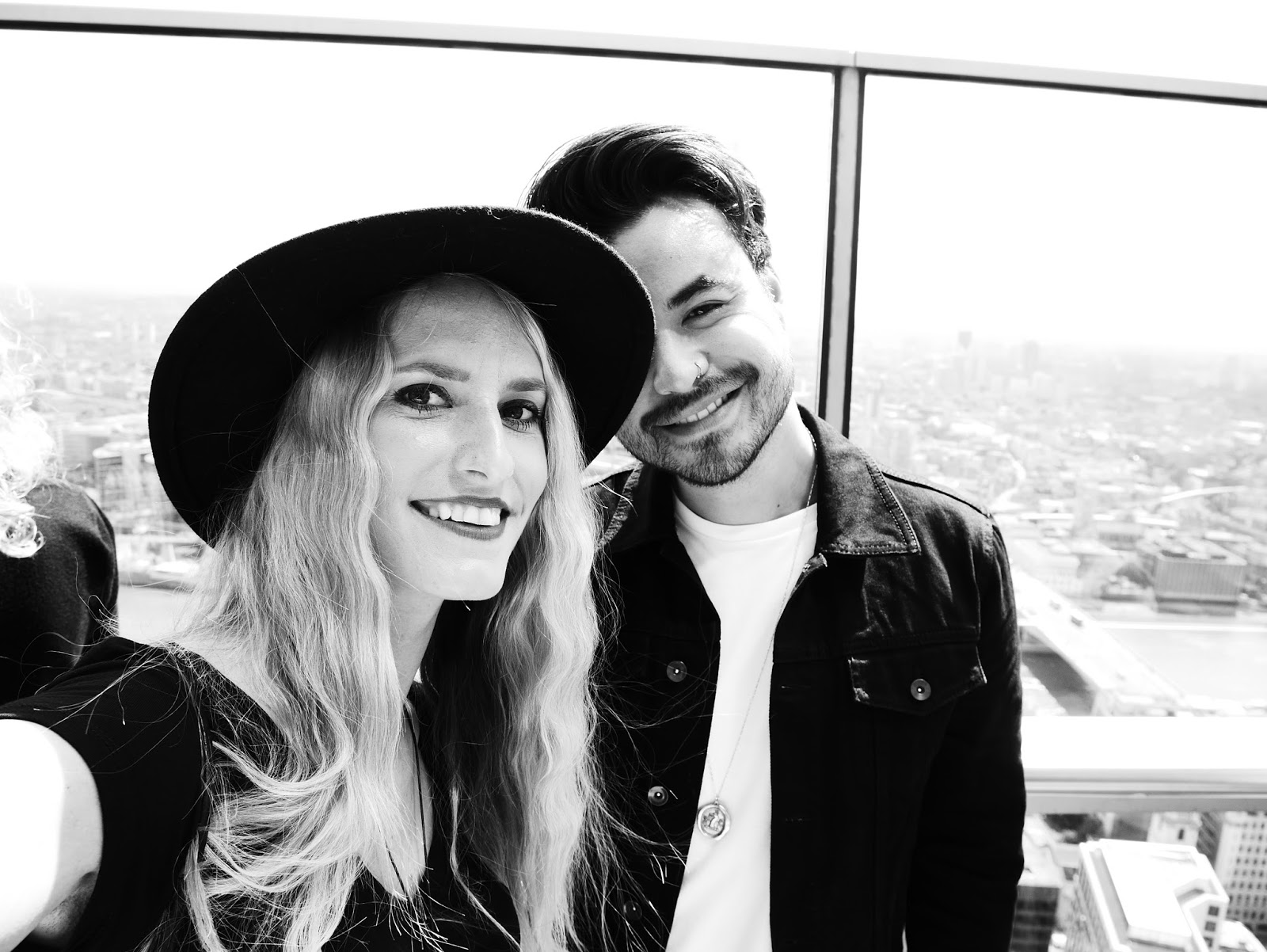 Continued from my previous post…..Here are some more reason’s why dating a guy in a band isn’t easy….

It’s quite weird when you have to run the mere idea of a holiday past management/pr’s to check that your partner has permission to take time out of the band schedule. Due to Simon’s touring I was only given two possible weeks within the summer months which I could book a holiday. I had to make a sacrifice and turn down a work opportunity or I wouldn’t get a holiday with my bf for the third summer running. Of course the only week we ended up being able to do turns out to be peak time. So for reason’s out of my control I am having to spend more money than I wanted to. But, what can you do?

Organising and choosing this holiday when you are in the UK and your partner is in the US isn’t easy either…..just thinking about it is stressing me out again. I finally booked a trip to one of my bucket list destinations Santorini. Because my flights were pricey I had to book a slightly grim hotel….but you have to make compromises, and I am very lucky that I am getting to go away. 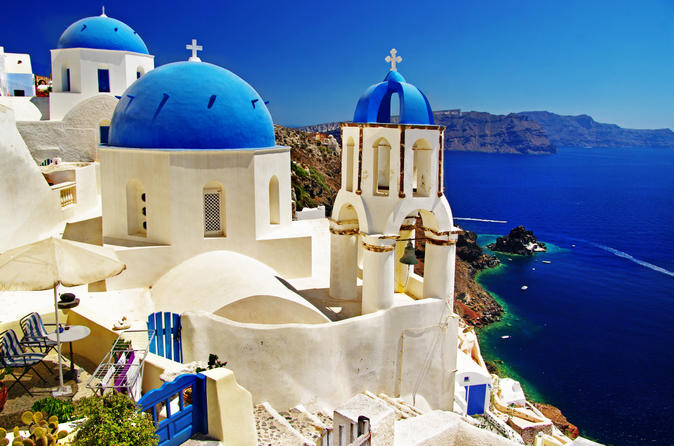 Will you be bringing a guest?

My very dry inactive single days frustratingly coincided with a period of my life where I was going to 7/8 weddings a year. The majority of my friends were married, sprogged and coupled up. I’d be the added extra on the table, and would get the pity slow dance with the cousin or uncle (sometimes auntie) or my friends would temporarily donate their partner to give me a spin on the dance floor. I was the wedding charity project. When I secured a 3D human, living, male partner thingy I thought those days were long gone…..sadly not. People need to know number well in advance, so they can sort out the table plans, inform the caterers etc. Si can never tell me for sure one way or the other whether he will be free, or in the country so on the whole I have to decline the plus one on the rsvp. Sometimes when you go to events on your own knowing that you have a partner, it feels a lot lonelier than being a single independent person going to an event. 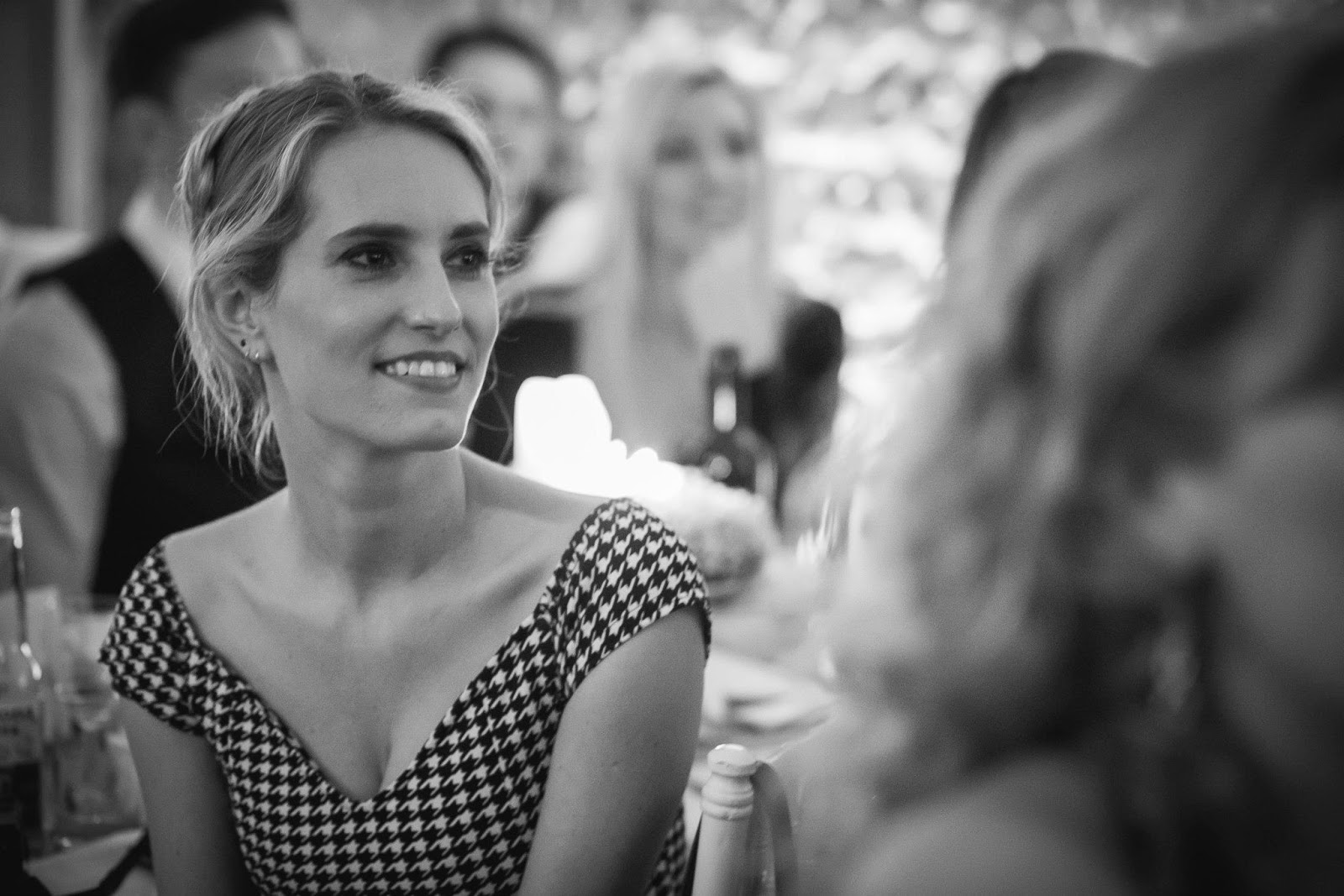 ‘He could do better’

If you date a frontman or a prominent member of a band you are instantly held up to scrutiny. Are you as beautiful as his last gf? Are you hot, cool or nice enough for him? I’ve experienced it to a very minor degree…Only a couple of comments here and there over the years, one being that his ex was much hotter than me, and another saying that he can’t like me that much because he flirts with other people. I don’t know how girls who date hugely successful famous people deal with the inundations of attention and judgements that are the norm in 2015. It’s gone nuts in my opinion. Thanks to instagram and twitter music fans have a greater insight into the personal lives of the musicians they love, which for me has detracted from what should be important…and that’s the music. You see people idolising people purely because they are beautiful and/or partner of people in bands. Which is absurd when you think about it….(for more on this subject watch my video about idols on my channel). When you decide to date someone, you expect to be judged and assessed by their family and perhaps their good buddies. Having to accept that you are also being judged my a very passionate and potentially million strong fan-base can be a terrifying prospect. I have a lot of admiration for the girls that manage to do it with such grace and calm. I wish people that did pass judgement on the girlfriends realise that they only know a percentage of the being that is the band member, what they put out on stage, in interviews, through their music, and during meet and greets. You don’t always know how great, or not great, the person really is. So before you judge a band gf/partner consider they might be dealing with more ‘stuff’ that you have realised. 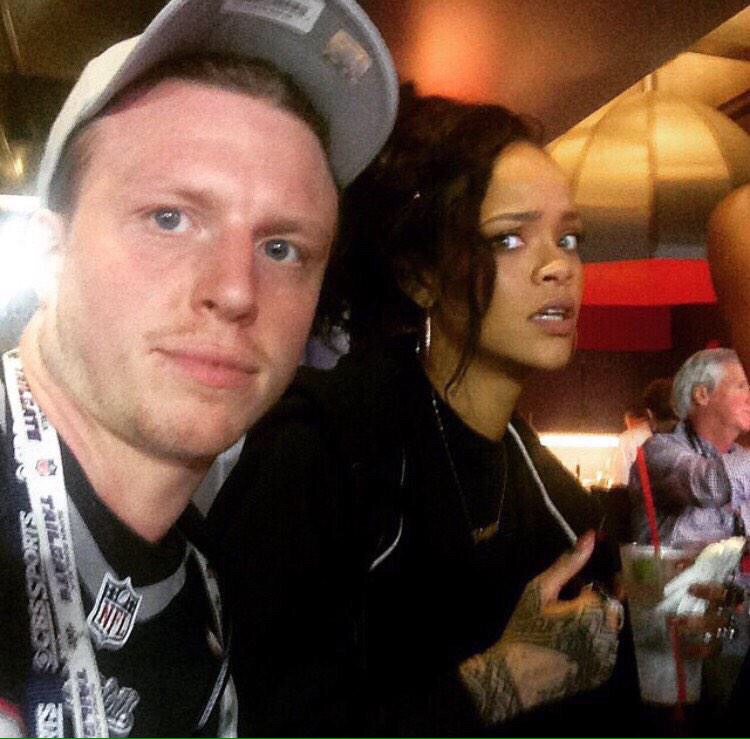 I thought I’d be over my socially awkward phase a long time ago, but alas, I still find setting like festivals and gigs hugely successful at anxiety building. I will often have my head down, try and avoid eye contact and droop my hair over my face. When you are walking around with someone that is drawing attention, or is easily recognised, you can imagine how sweaty and hive-ey I get!

It’s fine with Simon, he gets approached for the odd picture and chat, but all the YG fans and lovely
people and some are actually twitter friends of mine so its all good. With past people though it has made me hugely uncomfortable, particularly when people approach at time when it is clearly not appropriate or polite to – perhaps mid row, or when you are having a private romantic dinner for instance. I’m always worried they will see my spotty skin or under eye bags and realise how helpful those instagram filters have been!

Guest areas at some festivals, particularly Download for instance, is pretty lax too. They used to be safe zones, where bands could relax and be off duty – these days they are getting more pestered for selfies or being filmed on phones,  because people that aren’t working are gaining passes. Most bands are gents and will happily chat and pose, but people should be mindful that this is where they need to unwind and prepare for set, or decompress after a show.

Since viewing Waynes World as a kid, I thought I’d like to head backstage and have my own Alice Cooper moment. Sadly the reality is very different, in the UK at least. Our venues aren’t the most glam – pretty dingy and decrepit on the most part. We’ve enjoyed rider tales about artists requesting kittens, certain coloured M and Ms and so on…. these days bands just want beer, some water….and vegan eats. I was rather impressed by Charlie Simpson’s Chipotle order though and on occasion bands let me get stuck into their chocs/sweets. WIN!

When I’m there as a guest of the boyf it generally isn’t particularly fun. You feel in the way and a bit of an inconvenience to be honest. There doesn’t seem to be any suitable place to situate yourself. You also feel very conscious that you are in the way of the roadies, or stopping the lads from getting in their pre gig mental zone. When a gig hasn’t gone to plan the vibe in dressing rooms is not something you want to witness or be a part of either.

Like I said with the side of stage thing….out in the venue in with the crowd is where the real fun is.

Unfortunately being in a popular band doesn’t equal money these days. It’s very tough to make a decent living out of music, particularly rock music. So get rid of those preconceptions about rock and riches….they are redundant in 2015 (unless you’re Coldplay, U2, Muse etc). I do worry about whether we will ever be able to afford to buy a house, support kids etc….that said I think that is a general worry for our generation. I also worry about being a mother, being left at home pregnant and hormonal, about having to raise the kids on my own while my partner is on tour, who will simultaneously be frustrated and sad they are missing all the life landmarks (first smile, first walk etc). I guess I’ve learned that planning and worrying about planning is futile….I’ve got to go with the flow, and make it up as I go along! 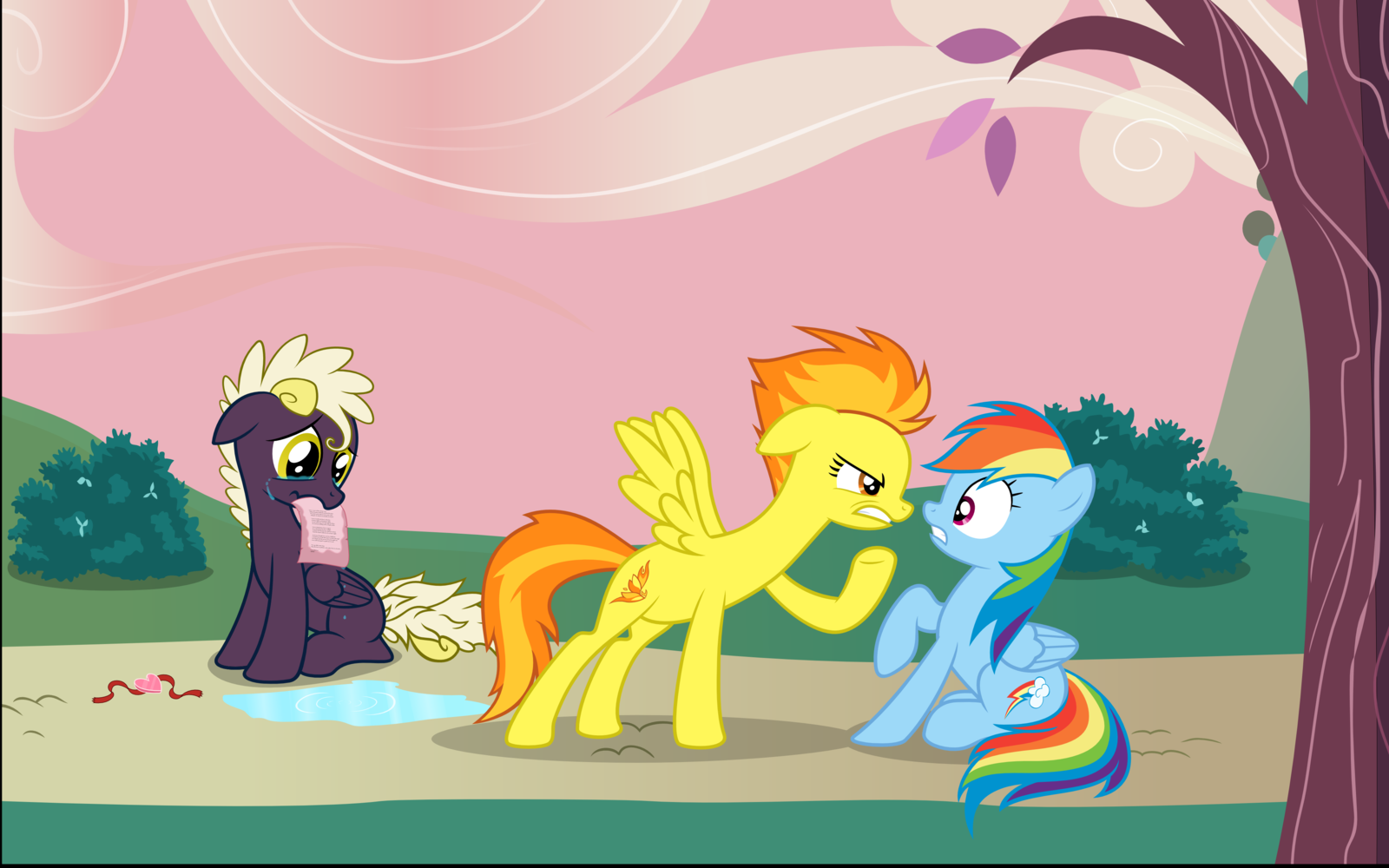 There will always be three things in this relationship- you, them, and the band. You will also have to deal with the fact that the band will often come before you. If you know that you tend to be on the needy end of the gf spectrum this is definitely not the situation for you.

One of the key things in making this type of relationship working is making sure you are essentially an independent person, who doesn’t NEED a man in their life, and who can fill their days with work and life when they are away. When they come home after a long stint on the road, they quite rightly and understandably want to spend quality time with you. Sometimes it’s hard to adapt your life and schedule when they return, because you’ve got so used to a day to day without them around. This for me is one of the hardest thing to juggle. I am yet to master it. 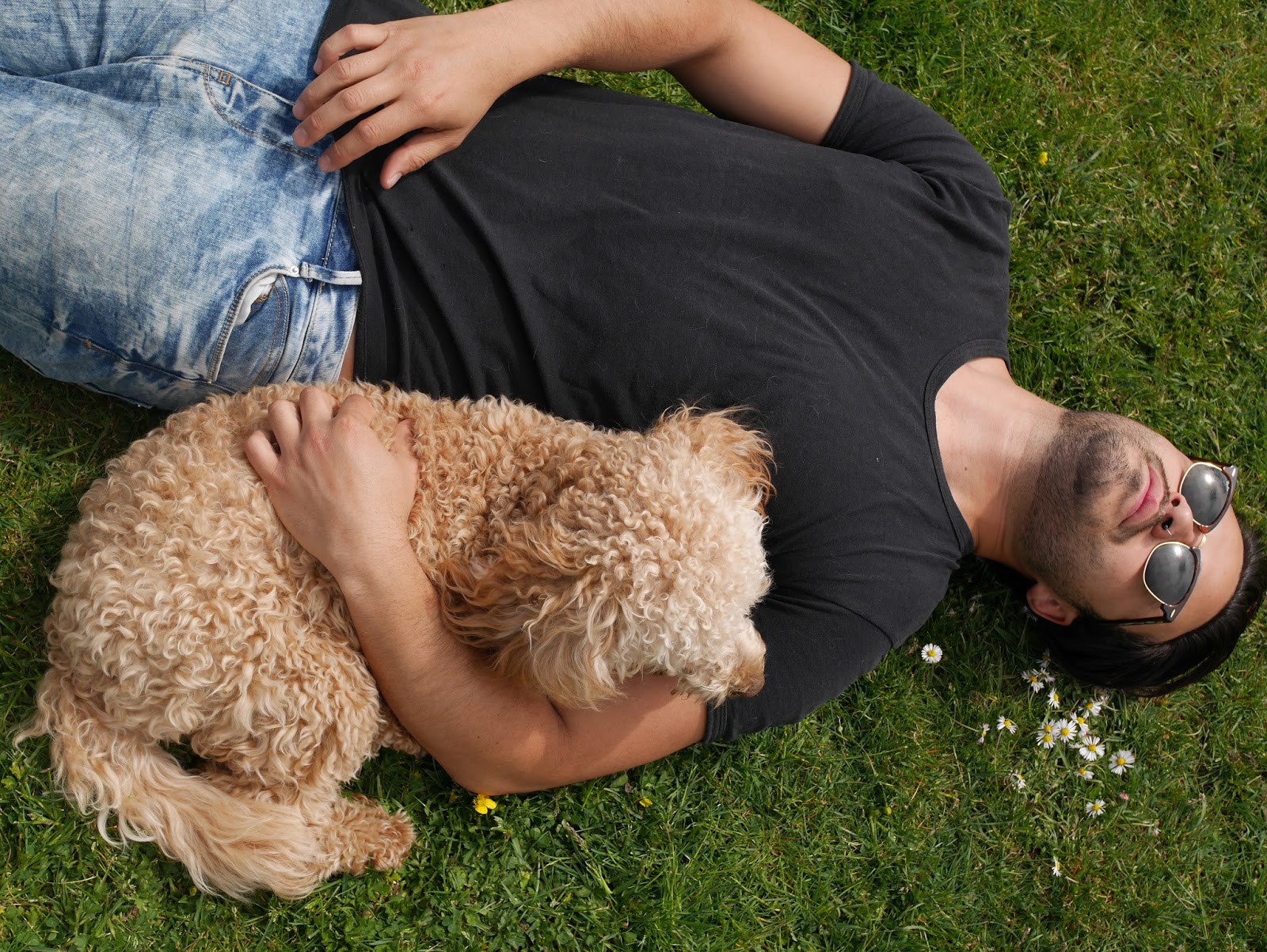 But…..for love you put up with things. If you can’t imagine your life without them you find a way to deal with the sacrifices and stresses and try your darndest to make it work.

Love isn’t dictated by rules – what’s easiest, what make sense, what’s logical…. You may fall for a guy that comes with baggage or things that scare you, but that doesn’t mean you should run.

Despite all the things I’ve said I’ve let a lovely chap into my life and heart (vom) and I wouldn’t want to deter any of you for doing the same. If you fall for a guy, who just happens to be in a band, then go for it, and I wish you well. It won’t be easy but hopefully it will be worth it. The goal should be just to find a guy, with whatever job, that makes you happy. They should be a lovely bonus in your life.