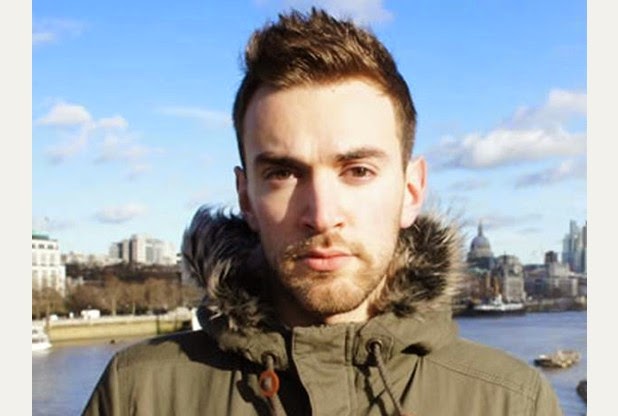 If I was savvy blogger concerned only about hit numbers I would have posted this a long time ago…..but there are some posts (most of mine in fact) that you publish not because you want them to be retweeted, saved or  favourtied, or to increase your follower count, but because you just need to write this stuff down….and hope in doing so that someone reading might get something out of it. That’s enough for me for today’s post.

The Stranger on The Bridge aired a few weeks ago now (I think)….I knew it was something I should watch. so recorded it on my Tevo. Why not watch it live? Well…..I live with my parents, when I’ve finish my work for the day I try and sit in the lounge and watch a couple of hours of TV with them….just so they don’t feel like I’m treating their home like a hotel…and well, because it’s nice! However, I knew watching this show would be traumatic and that I would be unable to remain composed…in short I would be a blubbering wreck.

A few years ago I found myself in a similar position to Jonny Benjamin. I was not on a bridge on the cusp of making that finite decision to end my life, but I was at the point where I had decided there was no hope for me and I just didn’t want to be here anymore.


I had reached a point where any time I was left alone I was in tears. In the shower, in the bath, when attempting to fall asleep….the most embarrassing being when I was on the tube on the underground.
My parents knew I wasn’t at my happiest, they would see the occasional breakdowns and we’d collectively just put it down to the stresses of being a twenty something in this day and age. Like a lot of people struggling with mental health/domestic abuse/addiction and other taboo issues I was very good at keeping the extent of my issues, and the reason behind them, a secret. So while they were aware I was having frequent ‘wobbles’ they didn’t and still don’t know that it had got to the point of where I didn’t see a way out. My friends knew a bit more about the stuff I was facing, but a lot of them didn’t know quite how hellish it was….. My friends Dean and Simon got an insight when I became inconsolable in Frankie and Bennies (and it was nothing to do with the lacklustre food)….and my friend Laura, who had to deal with a rather paniced call at 4am one night. That said, there was still a hell of a lot of details I was withholding. No one knew I had written a funeral pdf document, or started writing instructions of what I wanted people to do with my possessions.


The first person I told about the dire position I was in was a stranger on the underground, who first subtly passed me a tissue when she spotted me stifling some early tears and sniffles, and who eventually came and put her arms round me. She went on to say things like ‘everything will be ok’ ‘there is always something that can be done……..when I whispered to her what was going on, her face changed – she’d grasped that this wasn’t a situation that could be fixed. The truth is, it was horrific and life changing, and she struggled to find any sort of remedy. In absense of comforting words she held my hand and started to tear up…..the fact she was willing to stay with me in that emotionally exposing moment was a comfort of sorts.  Isn’t it strange how one can feel capable of sharing your deepest darkest secrets with a stranger but not the ones you love the most?


I won’t delve further into the ins and outs of what I was going through and why I was feeling so hopeless…..but I will say that counselling was the best thing I ever did.


I can’t say I’ve never felt like this since, or that I am ‘fixed’…but when I am faced with those dark thoughts I am now able to remind myself that when I have felt hopeless in the past I  managed to get through it, to survive and troop on through….and experience some kind of happiness in the years following.


Sorry…this post is serevely lacking in structure and direction, and certainly won’t be winning any prizes for beautifully crafted writing….this of this more of an expulsion of inner turmoil and mumblings. I just wanted to write as things spilled out…I am also doing so through tears…again. I’ve found myself extremely emotional in the last couple months since coming off my anti depressants. I always seem on the brink at the moment, with any advert film, song lyric holding a lot of emotional power.


So back to the point of this post. This weekend I have the house to myself so thought I’d finally sit down and watch the Channel 4 Documentary The Stranger on The Bridge. For those that didn’t see the show or aren’t aware of the story – Jonny was about to jump off Waterloo bridge, but was talked out of it by a male stranger. He wanted to track down the kind stranger to thank him, and the programme follows his search. I wanted to be able to watch it without blocking any of my natural emotional reactions, which I knew with be very heady. If my parents saw my inevitable disintergration of togetherness….they would likely question my voilent repsonse to the show and wonder why it was affecting me so much.

Predictably it triggered me to recall my personal story from the off.


So much Jonny said about depression rung true for me. It freaked me out when he mentioned the Truman Show as the other day I said to my parents that I felt I may be the star of a Truman Show type format….because you just can’t make up the stuff that seems to happen to me and my close group of friends. I actually asked them if they were actors….I was half joking…or was I?


The scene where he is handing out leaflets on the bridge reminded me of the various chats with strangers I had when things were at their worst, but also the people I hear from online who email me such thoughful and lengthy messages and comments relating to mental health. I know it shouldn’t be a revelation, it should be the norm, but it was still undeniably touching to hear/see the kind words of encouragement people/strangers were sharing with Jonny, having read/seen/heard his story. I was moved even more when watching those who were willing to share their own battle tales with Jonny – a move which is always cathartic but also a leveller between two people who have faced mental health issues.


The part where Jonny spoke to the twin of a young man who had taken his life I was so glad he told her that guilt was the last thing she should feel. That was something I had worried about when considering ways to put an end to my misery. Although a lot of my rationality had gone during this this intense state of gloom, I did have enough awareness to realise that it would be unbearable for my parents and they would likely blame themselves for not seeing it or not doing something about the thing they didn’t see was happening. It is a common thing for people to call those that commit suicide selfish, and while I can understand them thinking that, I am glad Jonny explained how affected your mind is and how you really believe it is the better option for you…for everyone.


Another apect that rang true was Jonny’s inability to remember things from that time. I have the same issue, -there are chunks missing from my memory, which can be incredibly frustrating at times. I guess my brain is trying to help me out though…they are probably not helpful memories to hold on to.

Anyhoo I have rambled on for ages here….without making any significant point, but I just need to vent today. I just wanted to say thank you to Jonny, and others like him, who share their stories and bring mental health to the forefront. I still firmly belive the more we talk about this tricky stuff, the less tricky it will be to live with.


You may also enjoy: