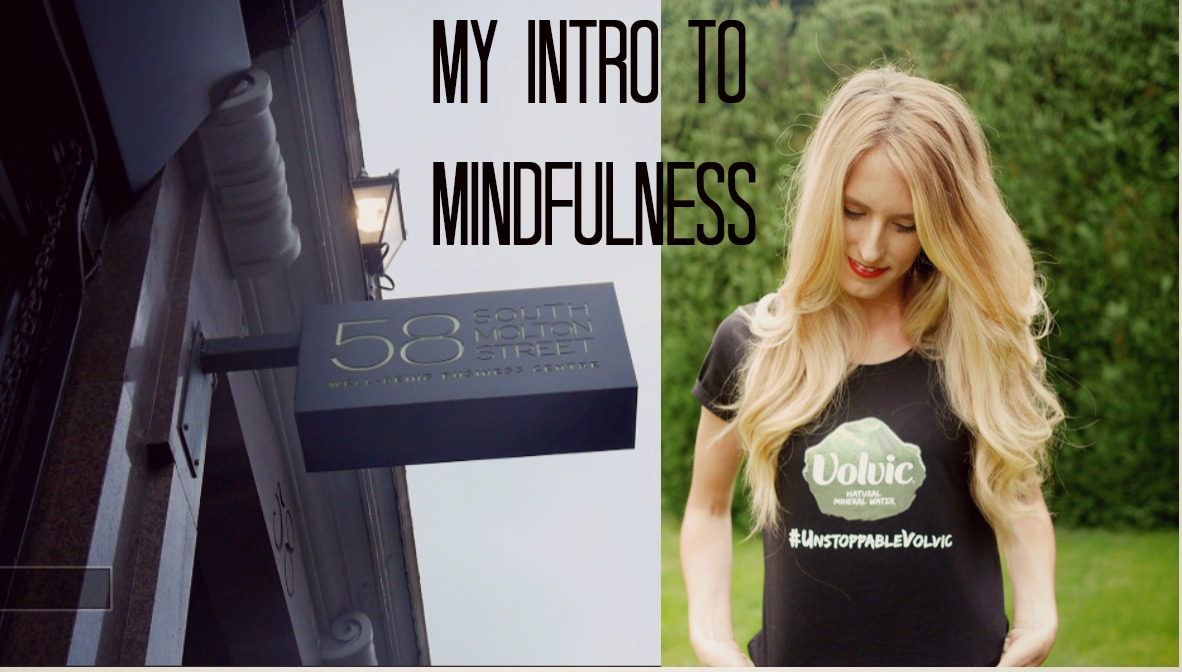 The ultimate unstoppable age is 55, according to research released today by Volvic®, the unstoppable mineral water brand. This age marks the moment when Brits regain confidence lost in youth, with 65 per cent of 55 year olds reporting that they had ‘finally reached an age where they no longer cared what people think’ and nearly half (49 per cent) said they would now ‘throw themselves into new and exciting challenges’.

I’m not even a bit surprised by the results of this study of 2,000 people commissioned by the natural mineral water brand. This Sunday I was reminded that my Dad is the perfect example of this statistic. As a Father’s Day treat we accompanied him to his happy place, Fair Oaks Airport, to watch planes take off, do circuits, and land, while picking at flapjacks at the cafe. 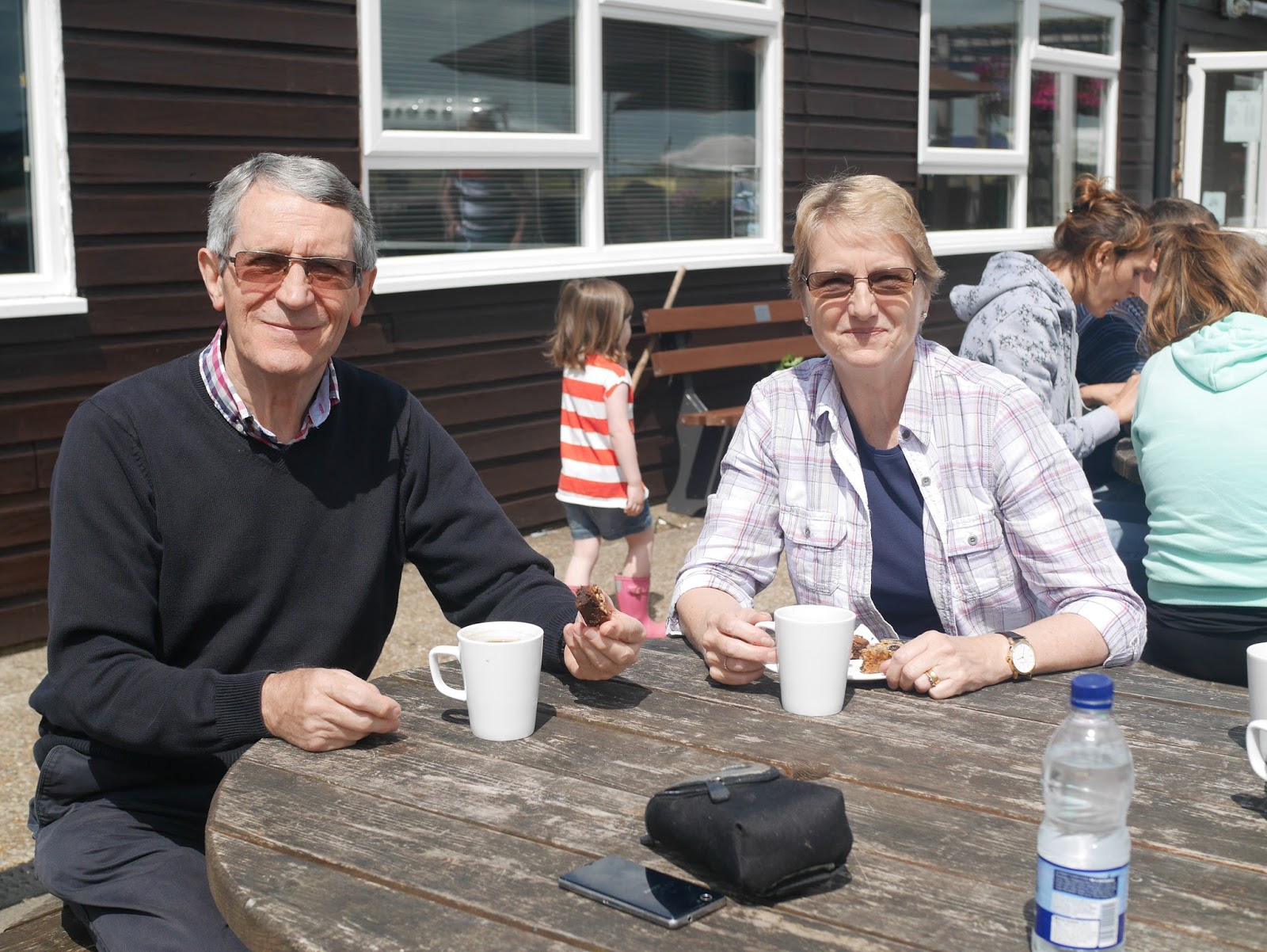 One of my most vivid elements of growing up was my dad coming home late from the office, he looked sullen, defeated and cross. I remember being completely aware of how much he disliked his job, and wary of saying anything to make him crack. I was even scared to hug him goodnight because of his default frown setting.  It was clear this was not a career path forged from passion – just necessity to maintain a nice quality of life for my mother, brother, and I.

It was also obvious from the frequency at which he would point out planes in the sky, whilst reeling off various facts about the engines, that aviation was the direction he would have liked to have gone down. When I got older I understood that Dad’s eyesight had not been good enough, and that sadly this dream career could never be.

When he was forced into retirement by the company who he’d tirelessly worked for for over 35 years, I didn’t foresee his story taking a positive slant any time soon.
It was clear that retirement, and being home all day, was going to be a huge adjustment for him, and all of us. My dad would have to find new things to fill the void that work had left. It wasn’t long before he joined the gym, and would come home excitedly explaining his new workout regime and the people he was chit chatting with during his tri -weekly sessions.

It always troubled me that my Dad seemed to have such strong regrets about how he’d spent his working life – it’s sad to see anyone you love not given the opportunity to fulfil their dreams, or at least attempt to fulfil them. I can’t tell you how happy I was when I found out that he was going to spend a large amount of his retirement money on learning to fly. He showcased childish giddiness before and after each lesson, telling us everything about it, even if we made it quite obvious that it wasn’t a good time for us. Every week a new textbook or learning tool would be delivered to the house, and the office soon became dedicated to his pursuit of flying.

He ended up being able to fly a plane solo. 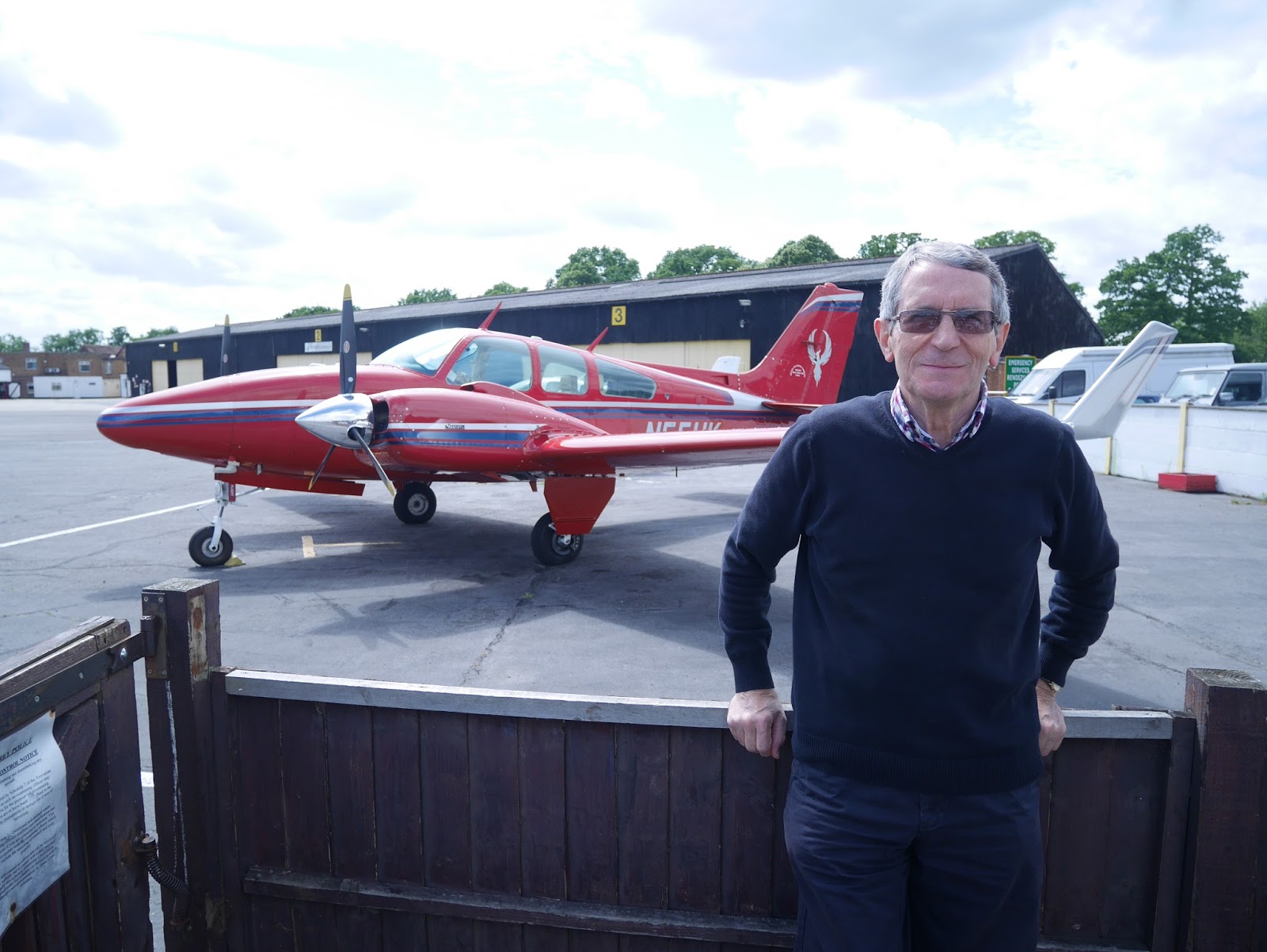 So as Volvic have discovered 55 year olds are discarding their middle aged reputations, and throwing themselves into new challenges and pushing their personal boundaries.
According to the survey 44 per cent of 55 year olds wished they had listened to their instincts in their early twenties.

Respondents in their mid 50’s said they felt less impacted by factors like lack of time, fear of failure or work commitments, than they did when they were in their mid twenties, when they feel like they started to lose their unstoppable self-confidence they possessed at the start of their twenties. They felt this was when they felt they could fearlessly make new friends (51 per cent), and tried exciting new challenges (46 per cent), it seems this passive period of 20 years commences in your mid-twenties, where nearly a third (29 per cent) of 25 year olds saying they no longer felt ‘unstoppable’.

Research revealed 20 something Brits are actually fretting about failure instead of pushing themselves to try exciting new things. 36 per cent of 25 year olds say they feel ‘weighed down by adult responsibilities’ and 30 per cent said they ‘don’t have enough time to follow their passions’, leading them to lose focus on trying to push for their personal best.

For me the twenties are a weird time. I feel like you don’t completely know who you are or who you want to be moving forward. You are still living a life that has been conditioned somewhat by your upbringing and the people close to you during it. You are also at an age where you are easily influenced by your contemporaries  – you want to fit in, or not fit in, in the coolest way possible. Things change when you reach your late twenties and early thirties. You start thinking and feeling for yourself, trusting your instincts and learning from trial and numerous errors. You feel more willing to stand on your own, have opinions that are all your own, and to live the life you think is right for you (52 per cent were worried about what other people thought.)

Alice Stapleton, a Life Coach who is working with Volvic® to encourage the entire nation to ‘unbottle their unstoppable’ says: “People in their twenties are under increasing pressure to succeed, but it’s refreshing that the research shows that the majority realise that things outside of their control, such as ‘looking my best at all times’ (22 per cent), are not going to make them feel unstoppable. Instead they acknowledge that its inner qualities, such as reaching their personal best (36 per cent) that will create self-fulfillment.

“Volvic’s® Unstoppable campaign is focused on inspiring people of all ages to discover their inner strength and unleashing their unstoppable, so the only time is now, not matter what age, is the time to see how unstoppable you can be.” So when the brand approached me and asked if there was something I wanted to do/learn to fit in with the campaign, there was something that instantly sprung to mind. Following a health scare a few years ago I had started ticking off bucket list activities such as a Sky Dive and Bungee, so there wasn’t really anything extreme in a physical sense I wanted to do, but I did want to expand my mind and the skills it has at it’s disposal.

The past few years have been tumultuous to say the least, so much so that I ended up in therapy and battling anxiety and depression. Although I am in a relatively okay phase, I am always looking for ways to make coping with life a bit easier. Mindfulness has been on my radar over the last few years, I the little I’ve known about it has always stirred an interest. This seemed the perfect opportunity to explore it a bit further and to see if it could be a beneficial addition to my life.

I was booked in for an hours session with Alexander Irving of Mindful Skills at 58 South Molton Street. Prior to the appointment it was requested that I fill in a form that outlined what I hoped to get out of it, why I thought it may be useful to me, any health issues I’ve had, or anything of note that’s happened that may be useful for him to know before going ahead.

Equipped with information relating to my mental health over the last few years, specific issues I’ve battles, the medication I’m on and what I am looking to achieve, Alexander talked me through the basic concepts behind mindfulness, while pointing out what it may be able to do for me.

I will point out that Midnfulness is not a quick fix ( he recommended at leaf an 8 week stint) . It will not rid you of stress, sadness, and all bad things, but it give you the skills to manage the present, whatever form it comes in.

Please watch the video above where I detail more about my session with Alexander.

Thanks to Volvic for the opportunity to push myself mentally.

Adrienne Toner, Brand Manager at Volvic ® comments: “Volvic’s® Unstoppable campaign is all about motivating people to push themselves out of their comfort zone, build confidence in their abilities and try something new and exciting. We were surprised to see from the research just how young people lose their fearlessness, what the factors that hold them back are, and how easily these obstacles can be resolved. Because life is shaped by what we do: everyone has the power to unleash one’s inner strength and achieve their goals.

We’ve teamed up with Tough Mudder, and through our on-pack promotions we are inspiring consumers to ‘unleash their unstoppable’ and giving away an unstoppable adventure prize every hour, we have also asked daring journalists and bloggers to discover their inner strength through a series of challenge, so whether it’s about running an extra few minutes on your morning run or having the confidence to take up a new and daunting challenge it’s about driving you to be your personal best, which is something that is achievable for the whole nation to embrace.”

Volvic® is a proud sponsor of Tough Mudder – helping people ‘unbottle your unstoppable’ this year. When you buy a promotional bottle of Volvic® you could also be in the chance to win unstoppable adventures including: a Morroccan surfing break and a Tough Mudder prize pack. Find out more at: https://www.unstoppablevolvic.com  #UnstoppableVolvic

John Fidoe, Tough Mudder Marketing Director comments: “Age is just another obstacle that our mudders overcome and whether you’re 16 or 60 it doesn’t matter when you get out on course and have the help of thousands of other mudders to tackle everything thrown at them.”