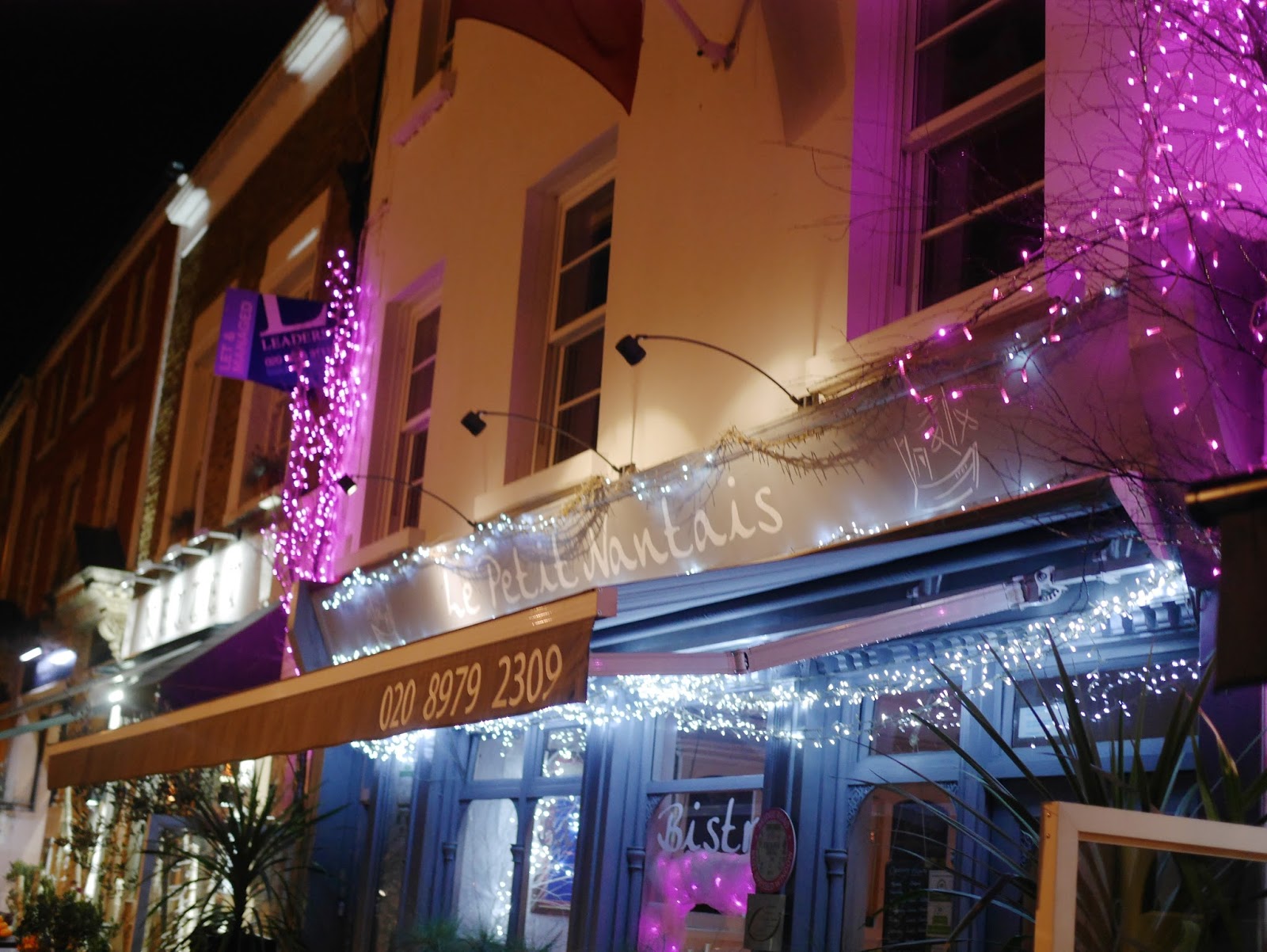 Yesterday my boyfriend Simon bucked a few of our relationship trends. He managed to spend a few hours of my birthday with me, something that we have never managed before due to his relentless touring with the band Young Guns. Usually the most contact I can expect is Whatsapp messages and some face time if I’m lucky, but yesterday I had him from about 3pm onwards, which was an absolute treat. That being said, he is always extremely generous gift wise – perhaps feeling guilty about this enforced absence. I’d started this birthday in am empty house opening my cards in bed alone, so it wasn’t the most showstopping start to my celebrations, but his arrival more than perked me up.

At my age a birthday doesn’t call for much celebration though, but the temporary reuniting with my best bud was more than worthy of a goofy smile. Now the other trend bucking that took place was the fact that he’d listened and remembered. He can’t be the only guy who stuggles a bit when it comes to attention span and listening, but in booking this restaurant we have proof that there is now at least one instance where he paid attention. I am genuinly touched. He doesn’t mean to go off radar, his mind just wonders, but he was obviously tuned in when we walked past this restaurant a few weeks back and I commented on how cute it looked/ how nice the menu was.

One of our favourite walking routes is by the river in Hampton court, which is punctauted by a little walk up past all the cafes and antique shops before heading back. Le Petit Nantais is flanked by two other restaurant, but stands out due to its twinkling fairy lights. There are some seats outside which I can’t wait to perch on in summer, but for tonight we settled in the light but cosy interior. 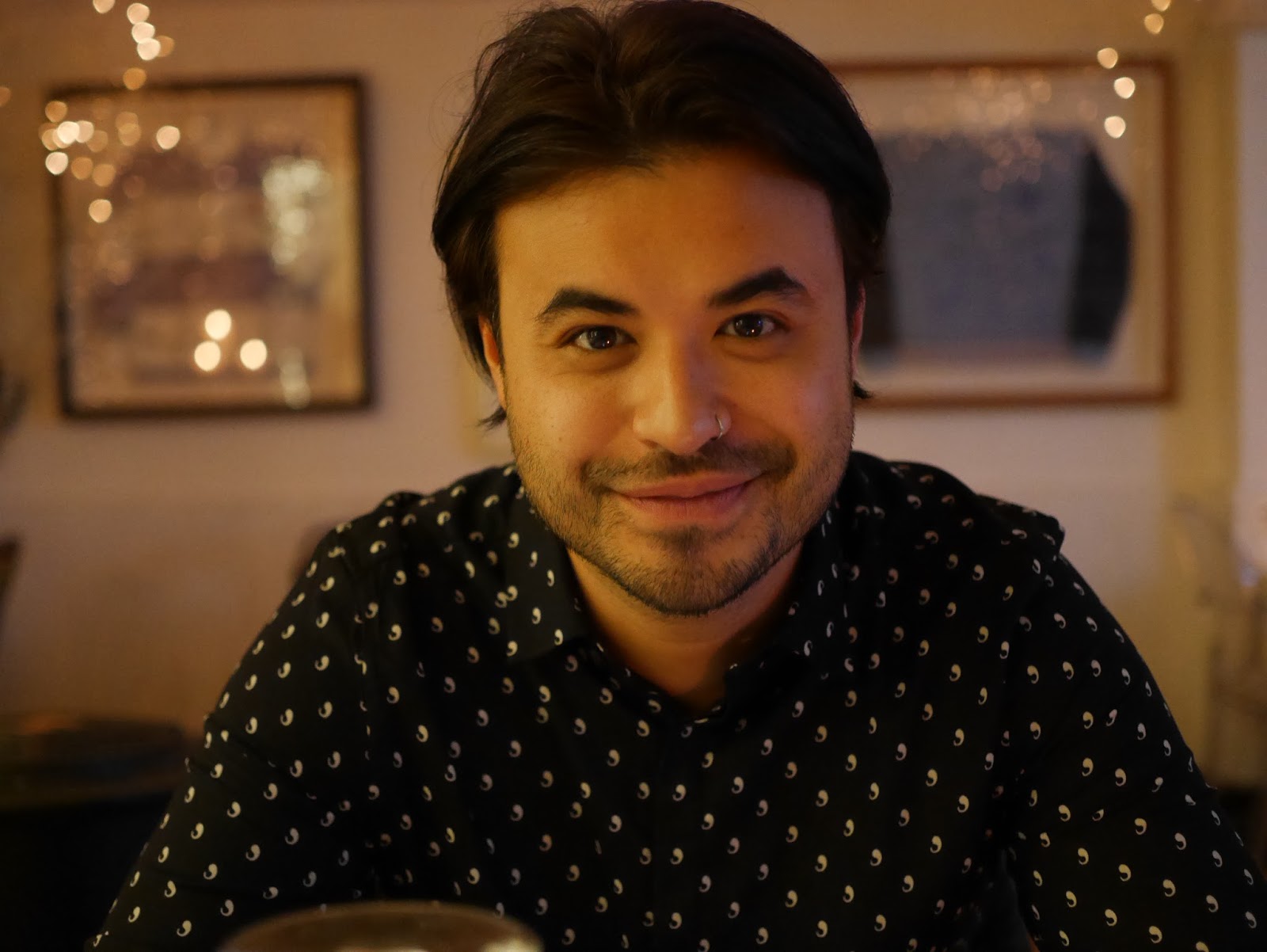 When we arrived at seven, we were the only ones in the restaurant. This always makes me panic, because you start wondering whether other diners know something we don’t.  Somehow you feel like you have less privacy too, your conversation’s seem to fill the space and there’s no other chatter to mask it. Thankfully it filled up a lot later, I think we were just a bit eager with our dining time.

Let’s talk about the decor first. It has lots of framed rugby memorabilia on the walls, but aside from that it is rather feminine with it’s white walls and fairy lights. The have lots of different styles of furniture, from rustic dark wood chairs to extremelymodern transparent ones. The other predominant colours aside from the white, is a luxe purple, with beautiful flowers decorating the tables.

It has very flattering lighting, which would make it great for dates, and finds the perfect balance of feeling like a din dining experience but being cosy and unpretenscious. 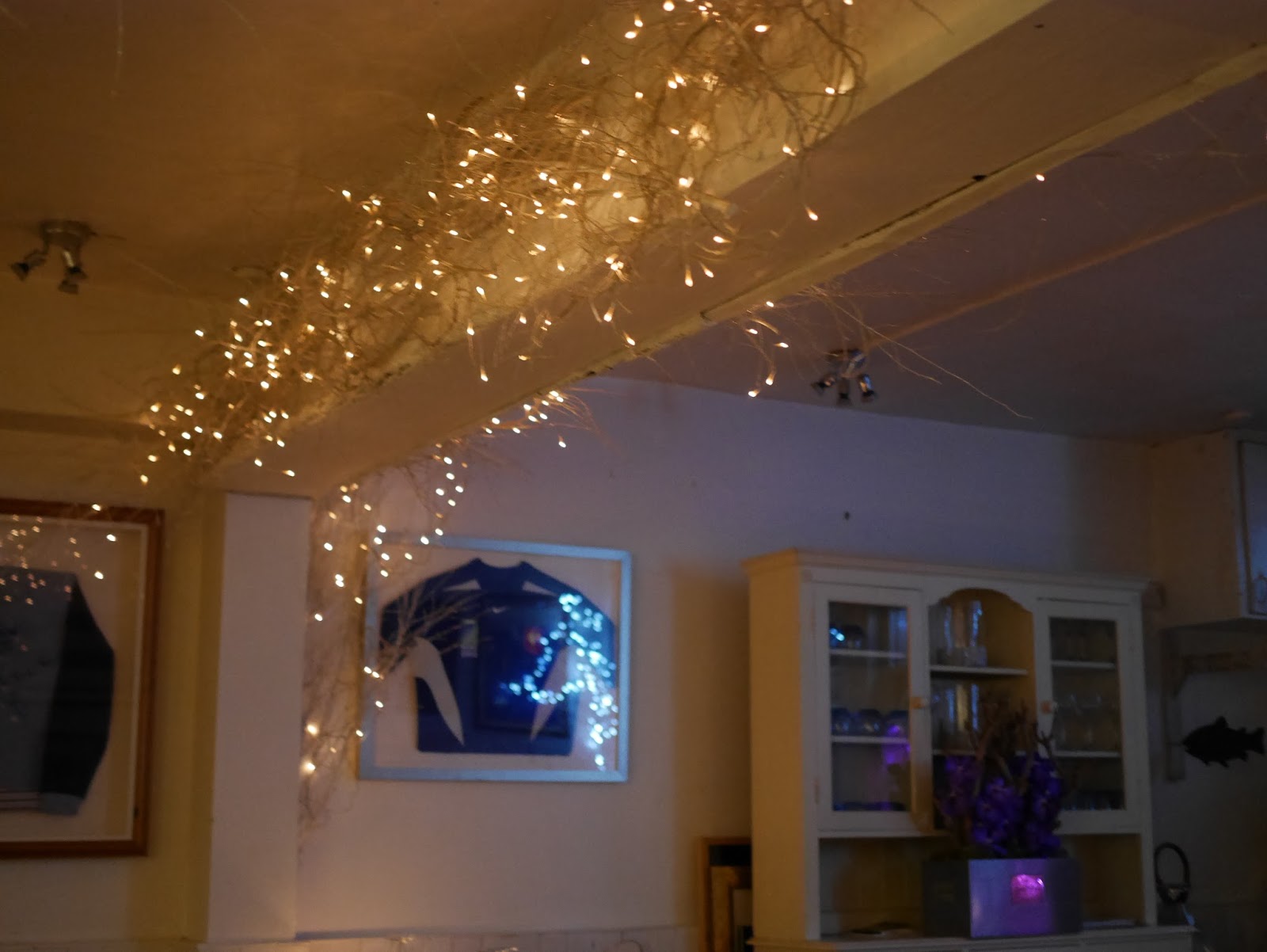 Because of the lack of other diners at the start it was easy for us to hear the chatter between staff in the kitchen, but it didn’t bother me in the slightest. It made it feel less formal and stuffy, and it felt like we were being cooked for by an accomplished French family. When I checked the website today I was informed that this is in fact a family run restaurant, which always make me happy. I like the ideal of a family working together to build up something they’re proud of. I always feel like that food and experience will be more authentic too. 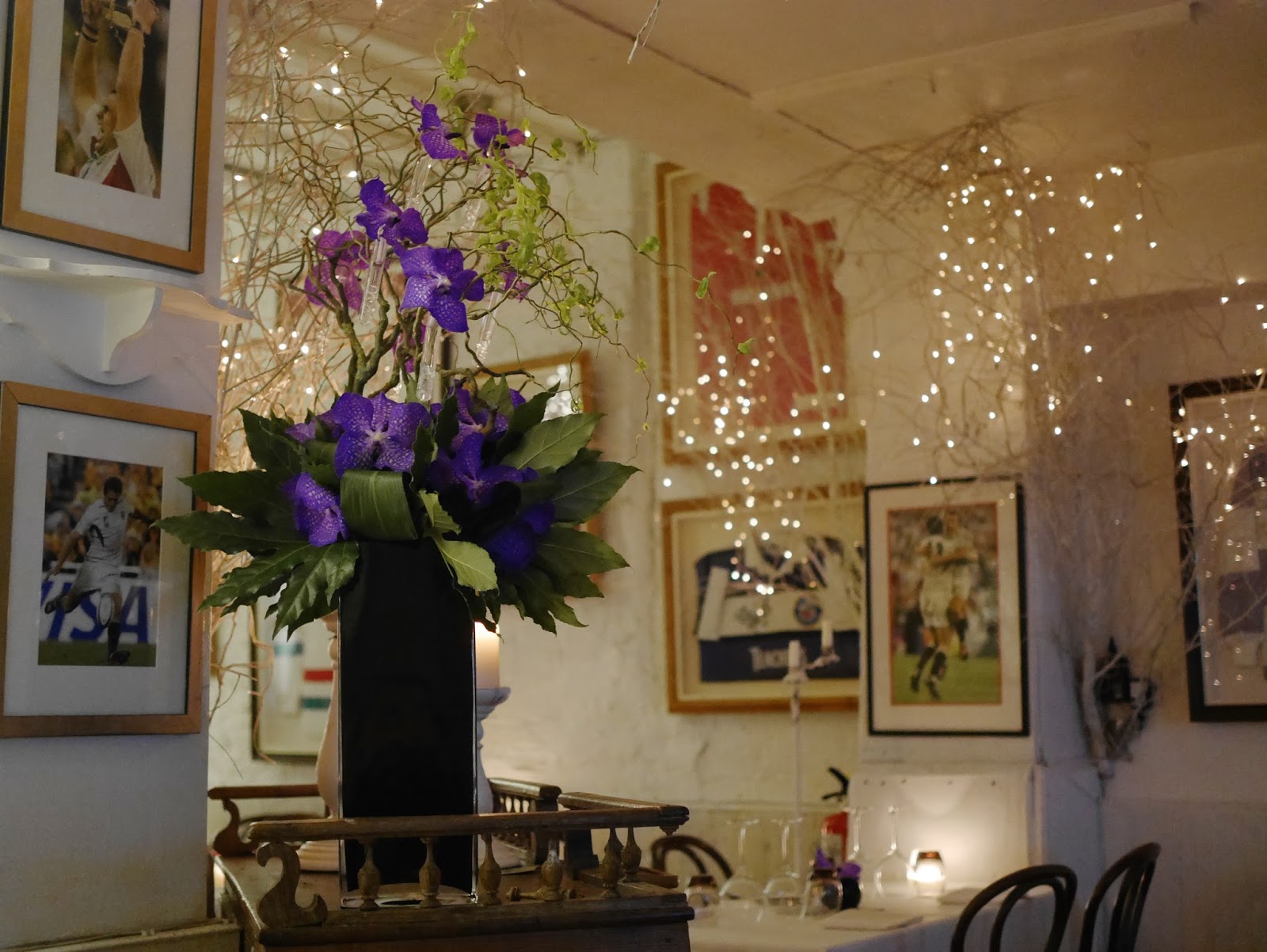 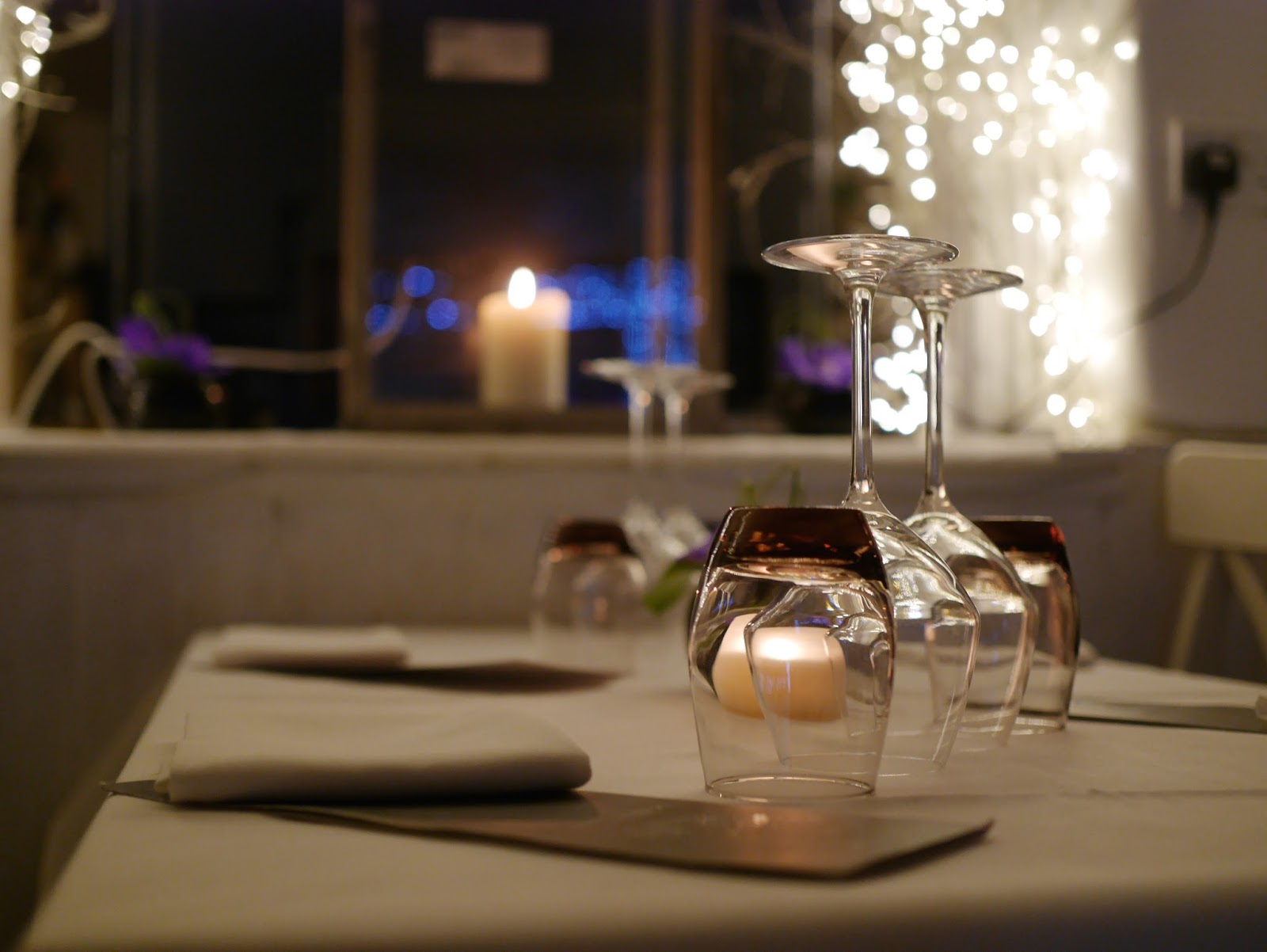 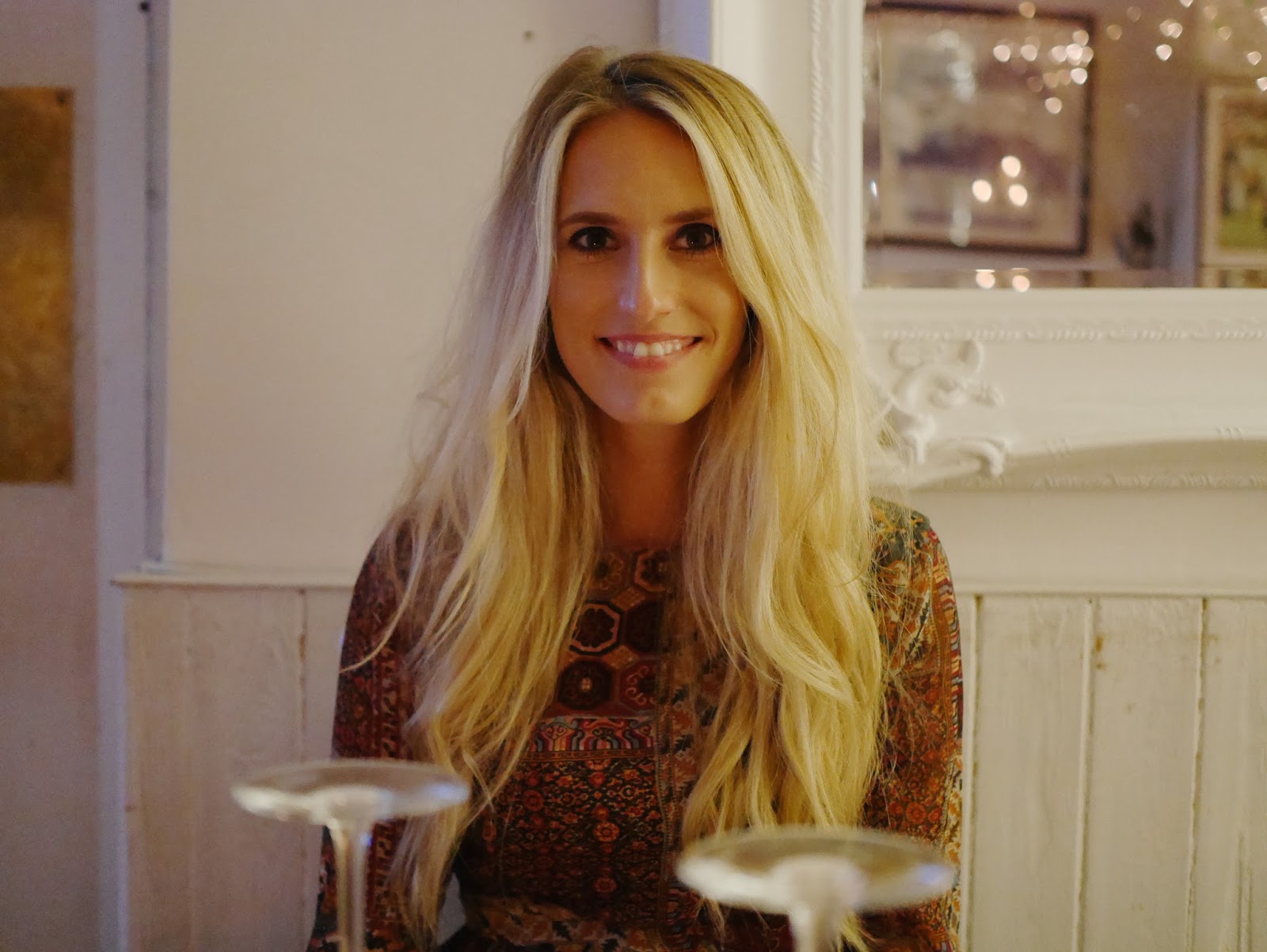 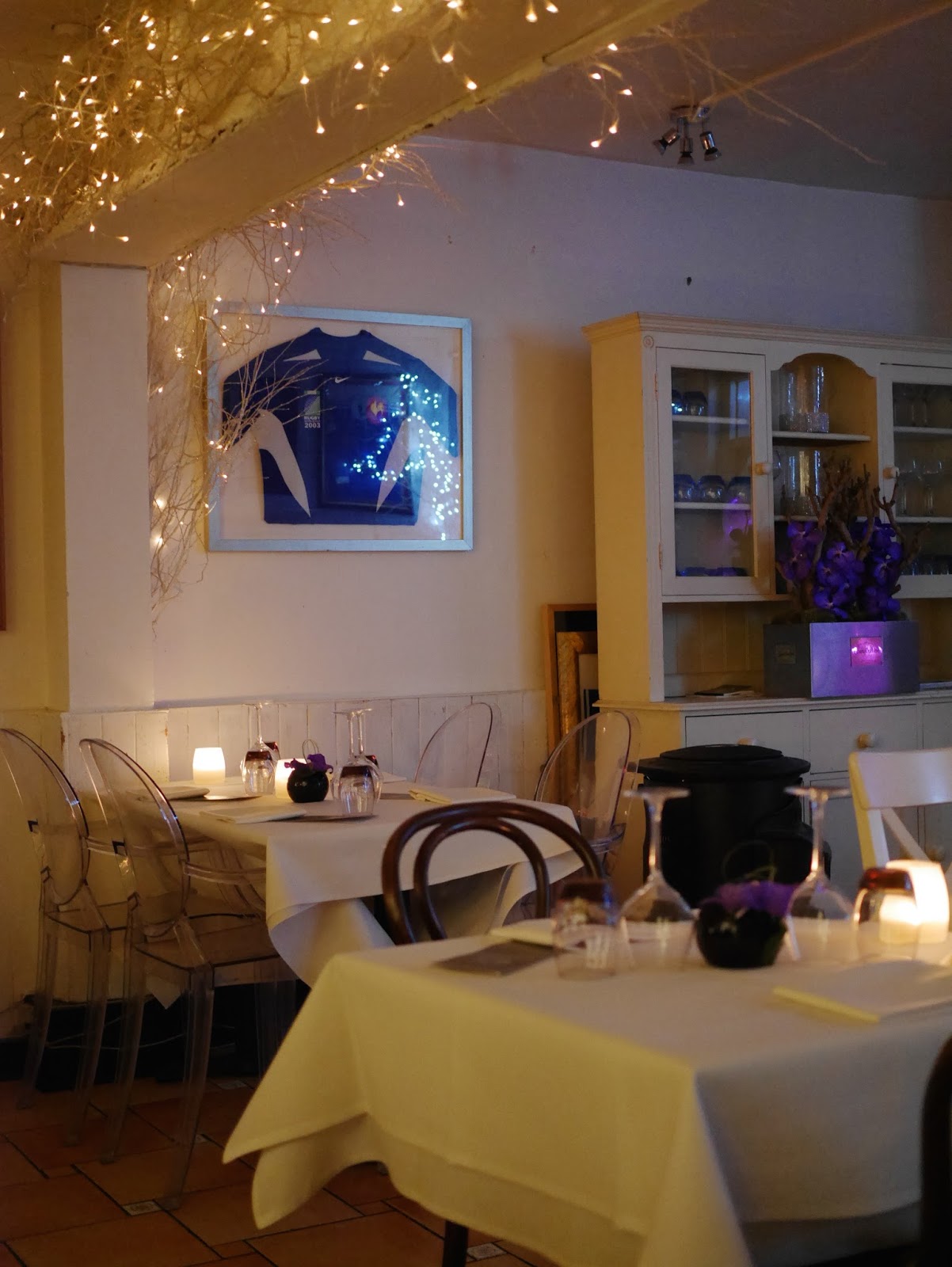 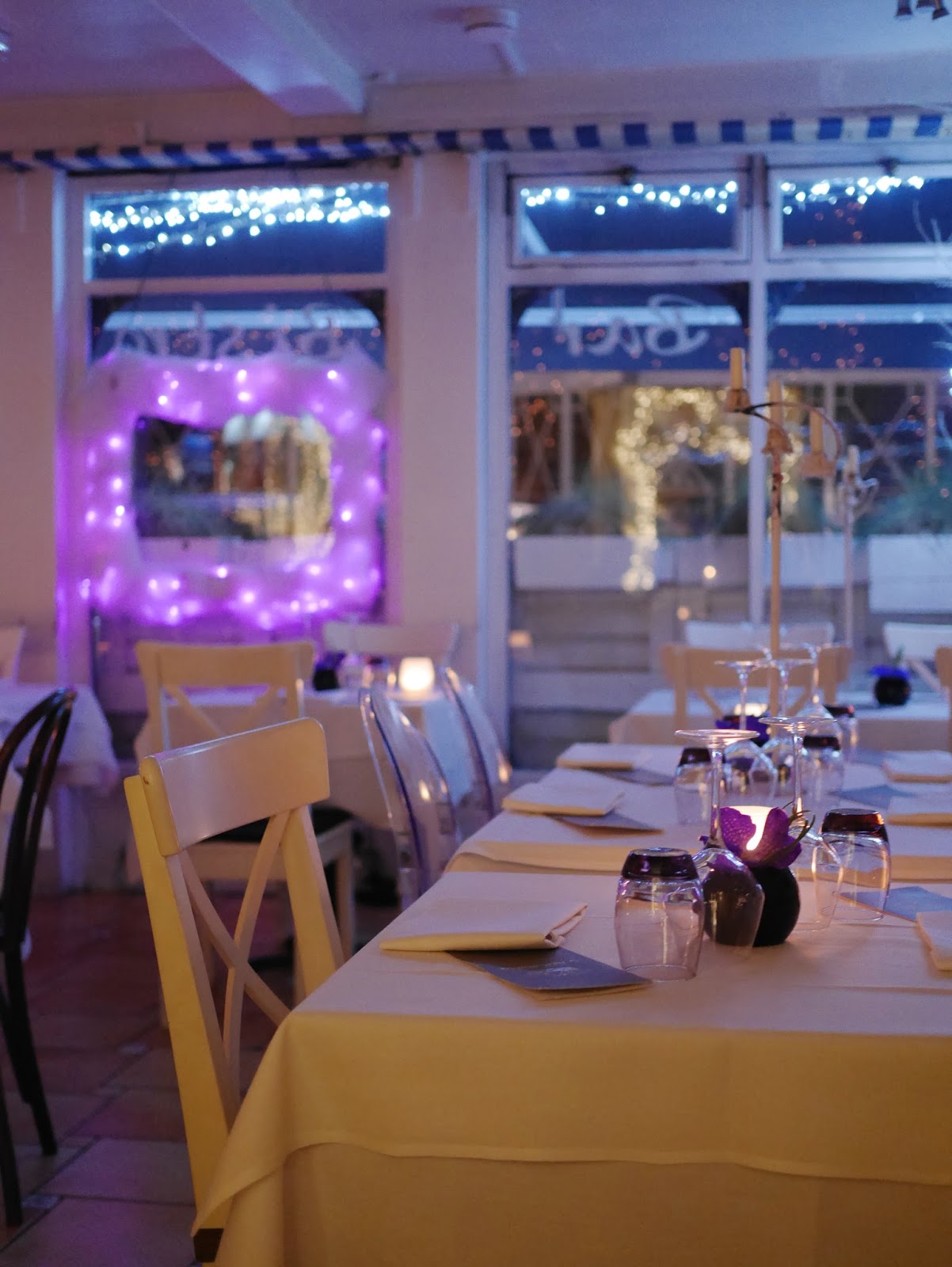 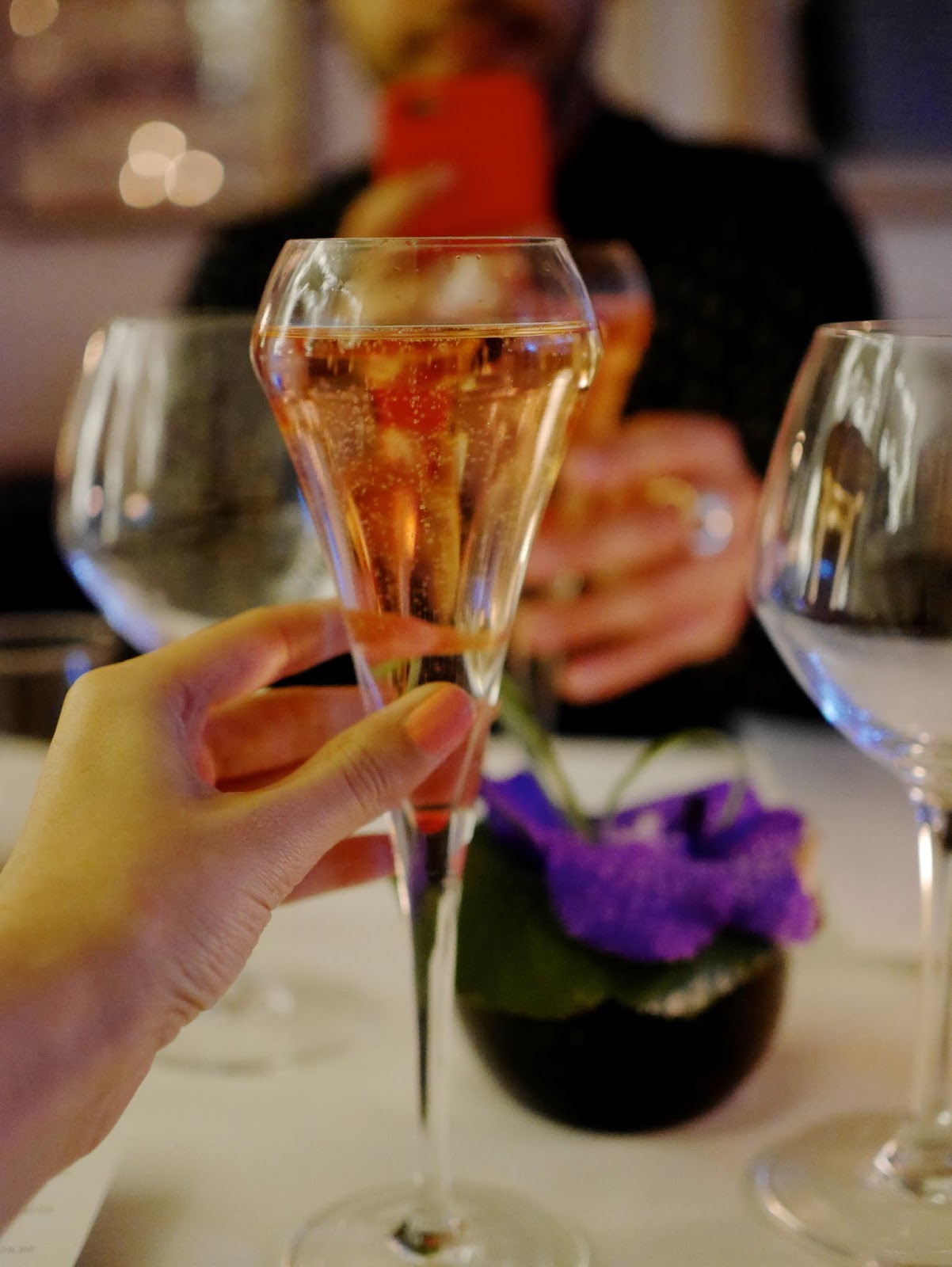 We were offered a drink to enjoy while we decided what to get for our starters. Simon has a habit of panicing in these situations, and ended up saying yes to Prosecco despite the fact I don’t drink. They looked very pretty though! 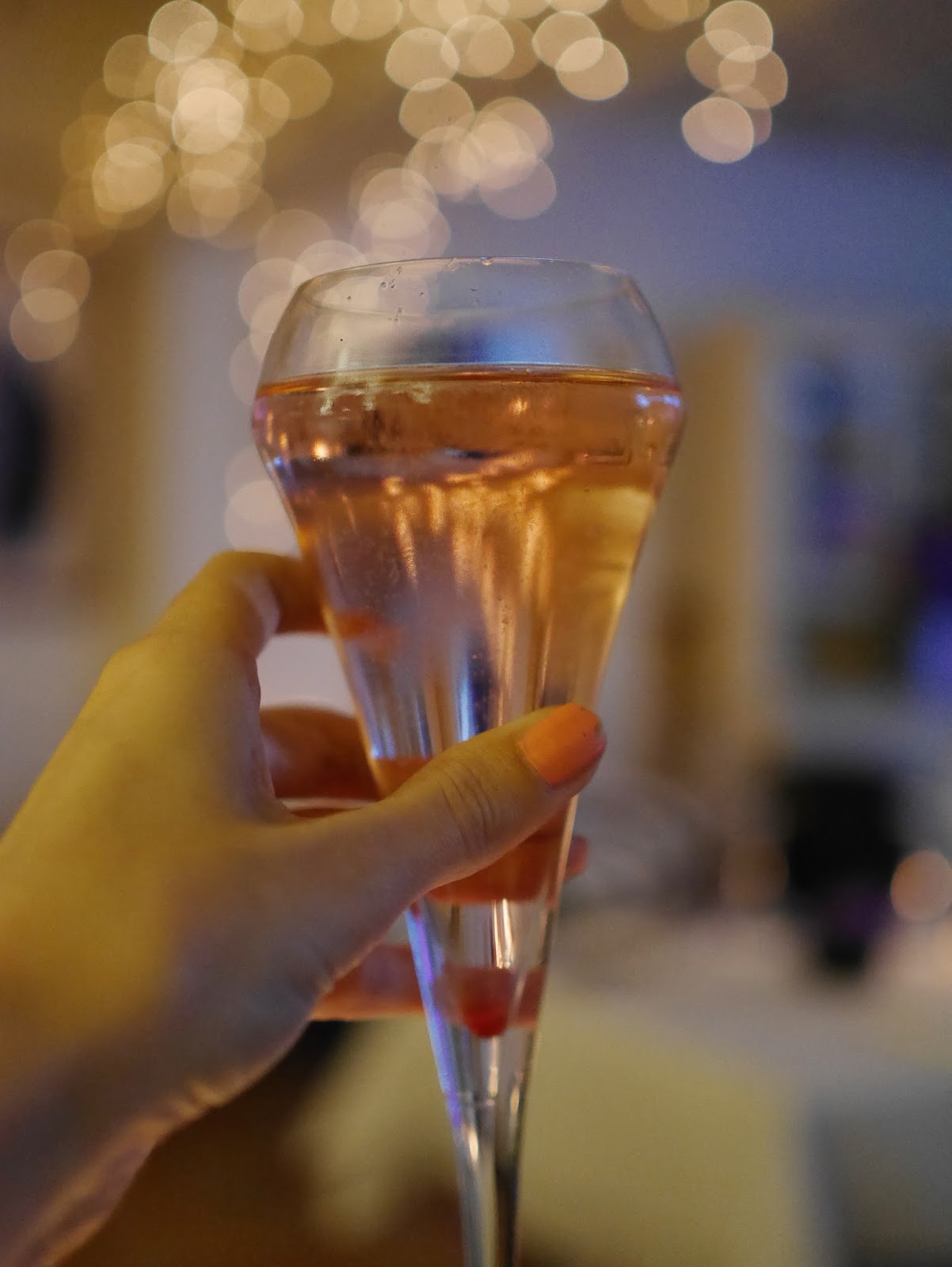 There some many more exciting starter options, but I often order too much and ruin my appetite ahead of my main, so I decided on a simple but effective garlic bread. There were plenty of more interesting options…including snails, if that’s up your alley!! Si opted for olives, which always ignites our regular debate about whether I will grow into liking Olives. He’s convinced that I will (and also thinks I haven’t tried them properly) but I’m not just inidifferent about them…I hate them! He very much enjoyed them though. 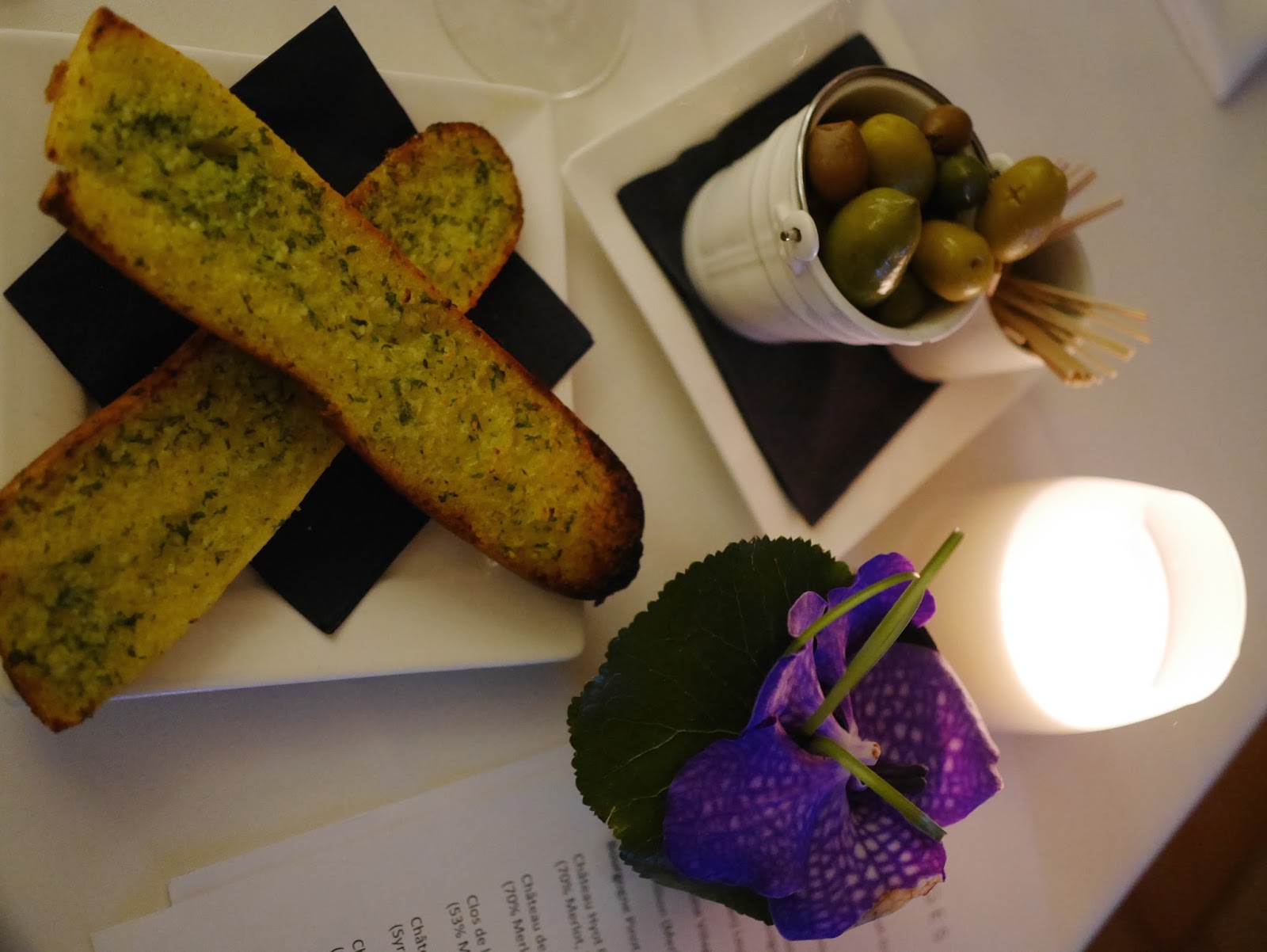 The bread was the perfect level of crunchy and it was very garlicy, which I love. 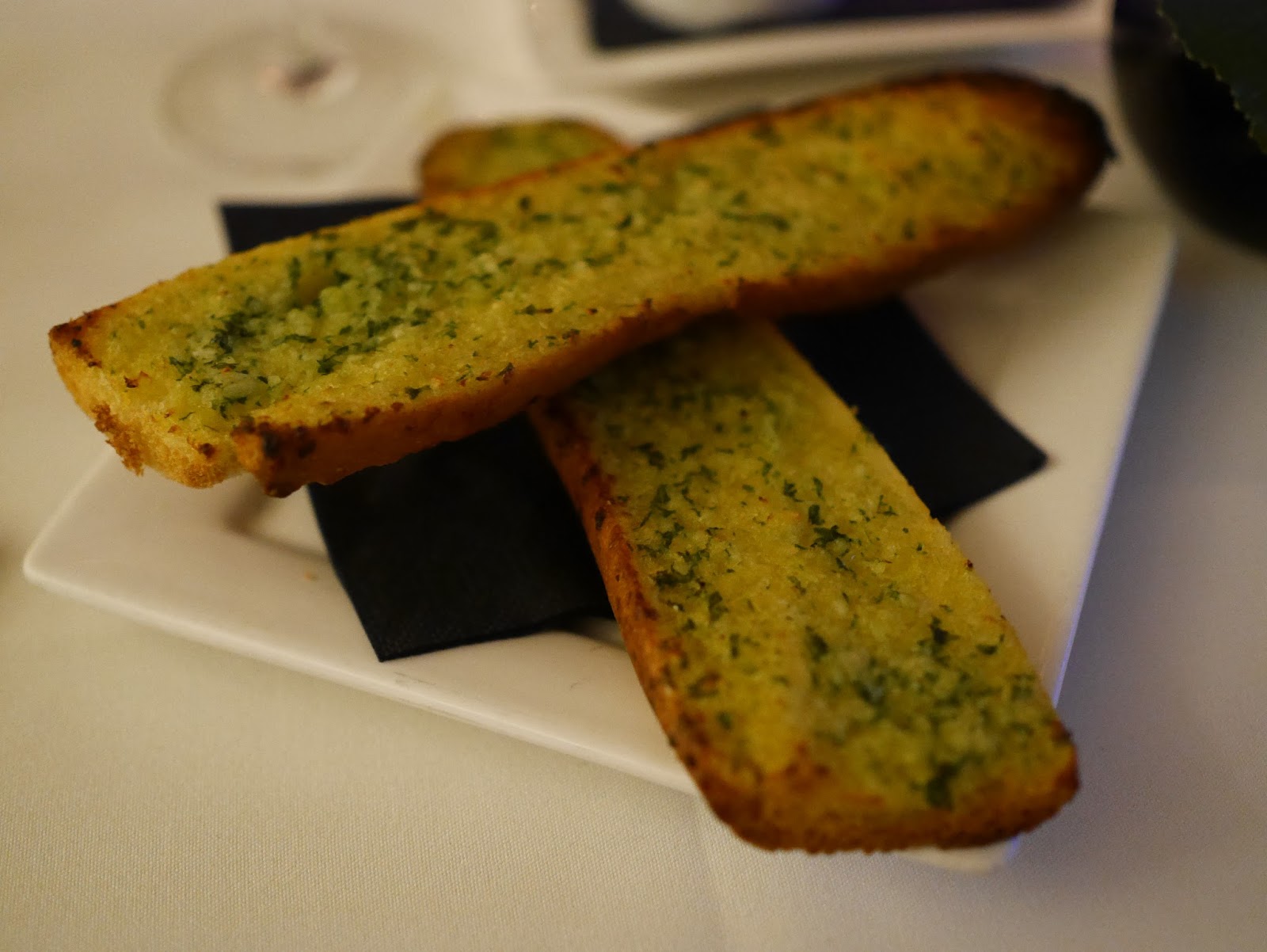 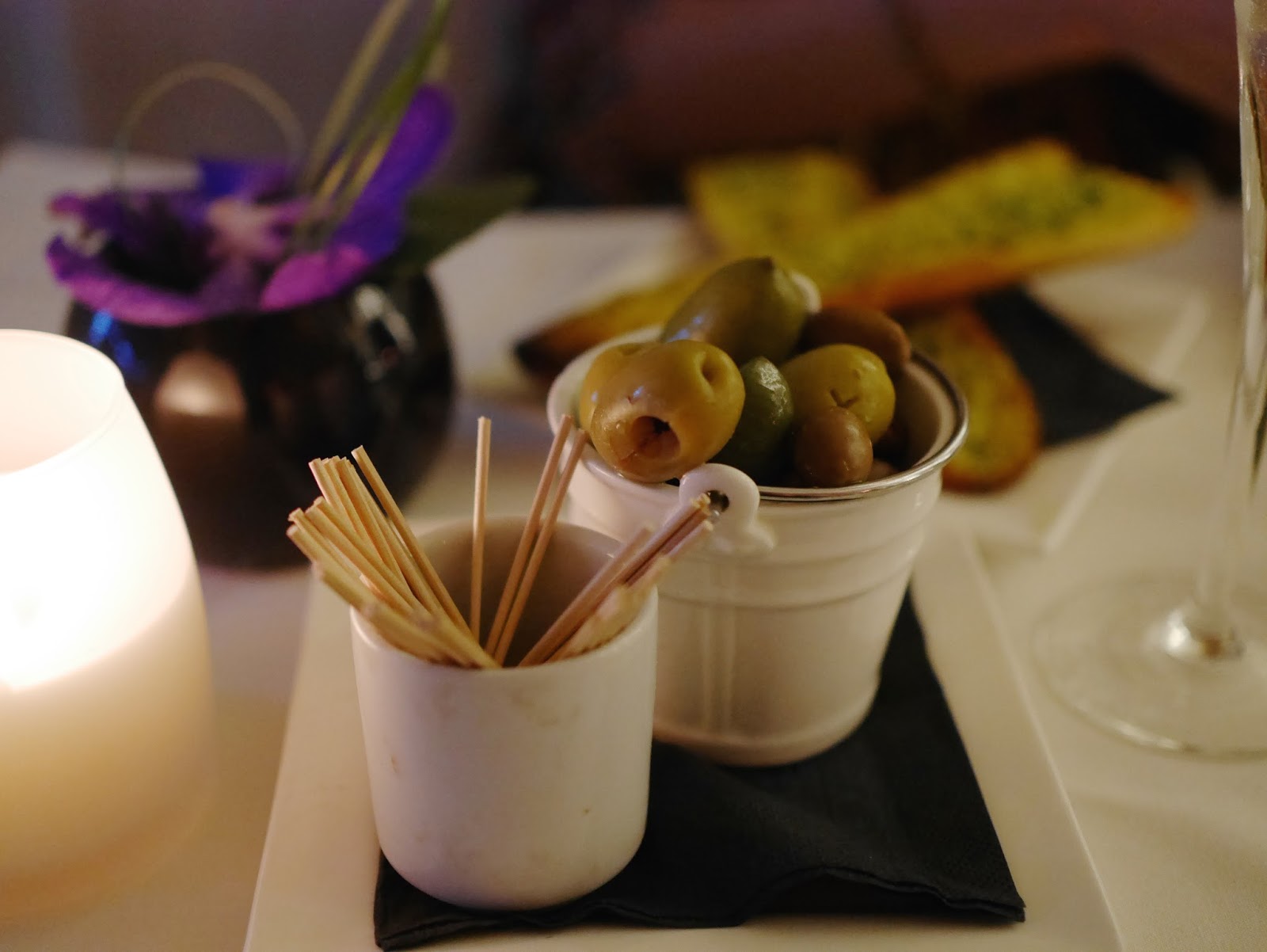 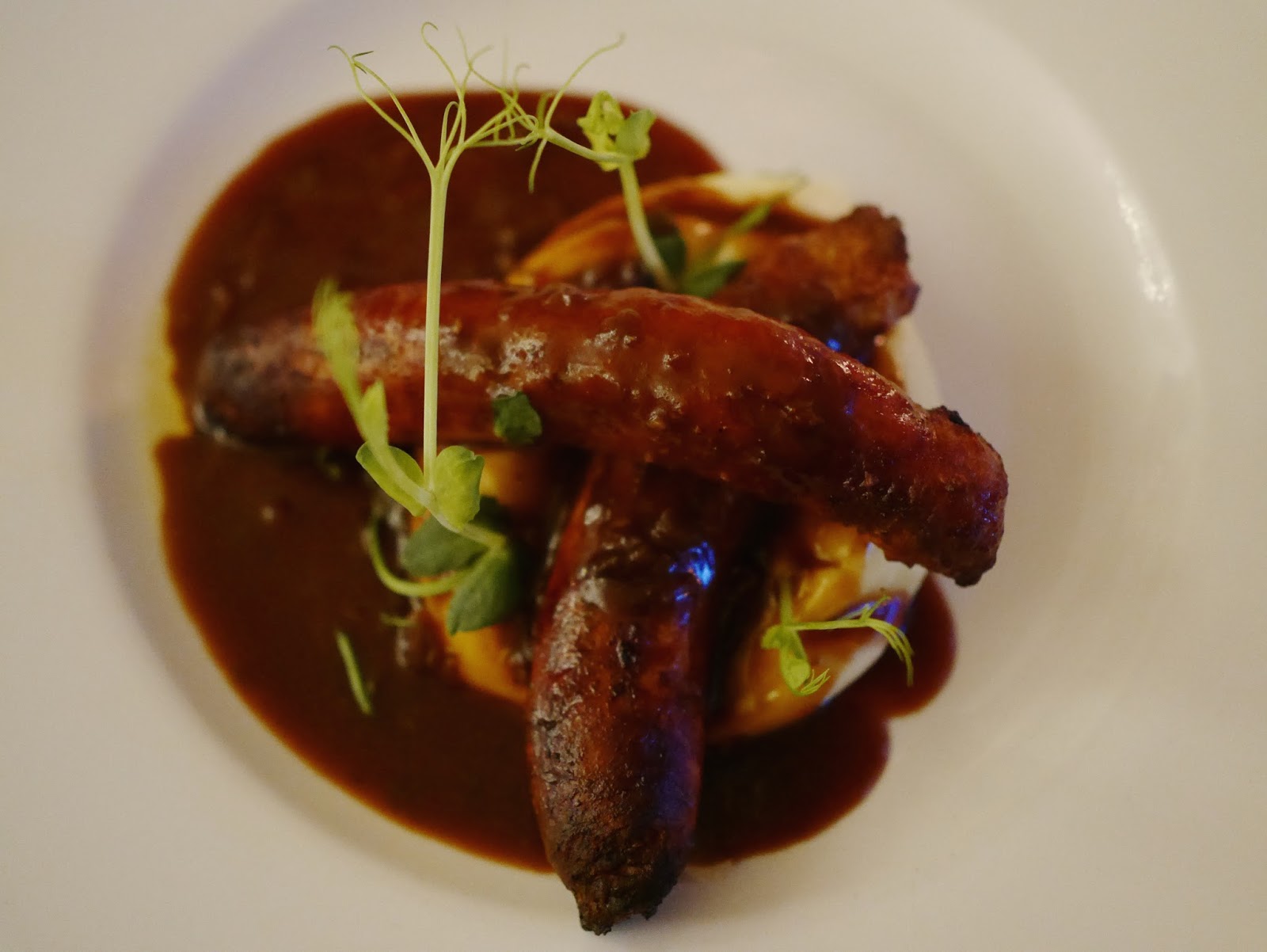 So I went for the Toulouse home made sausages with the red win jus and creamy mash potato. When it arrived I was slightly alarmed by the portion size…I’m used to eating a mountain of mash. As soon as I took a mouth fall all my worries melted away, it was a taste sensation and reaffirmed that it really should be quality over quantity. I had feared the sausages would be the aneamic unappealing sausages, but they were wonderfully brown and crispy and full of flavour. The mash had a slightly gluey consistency but it was seasoned perfectly and flawlessly smooth. 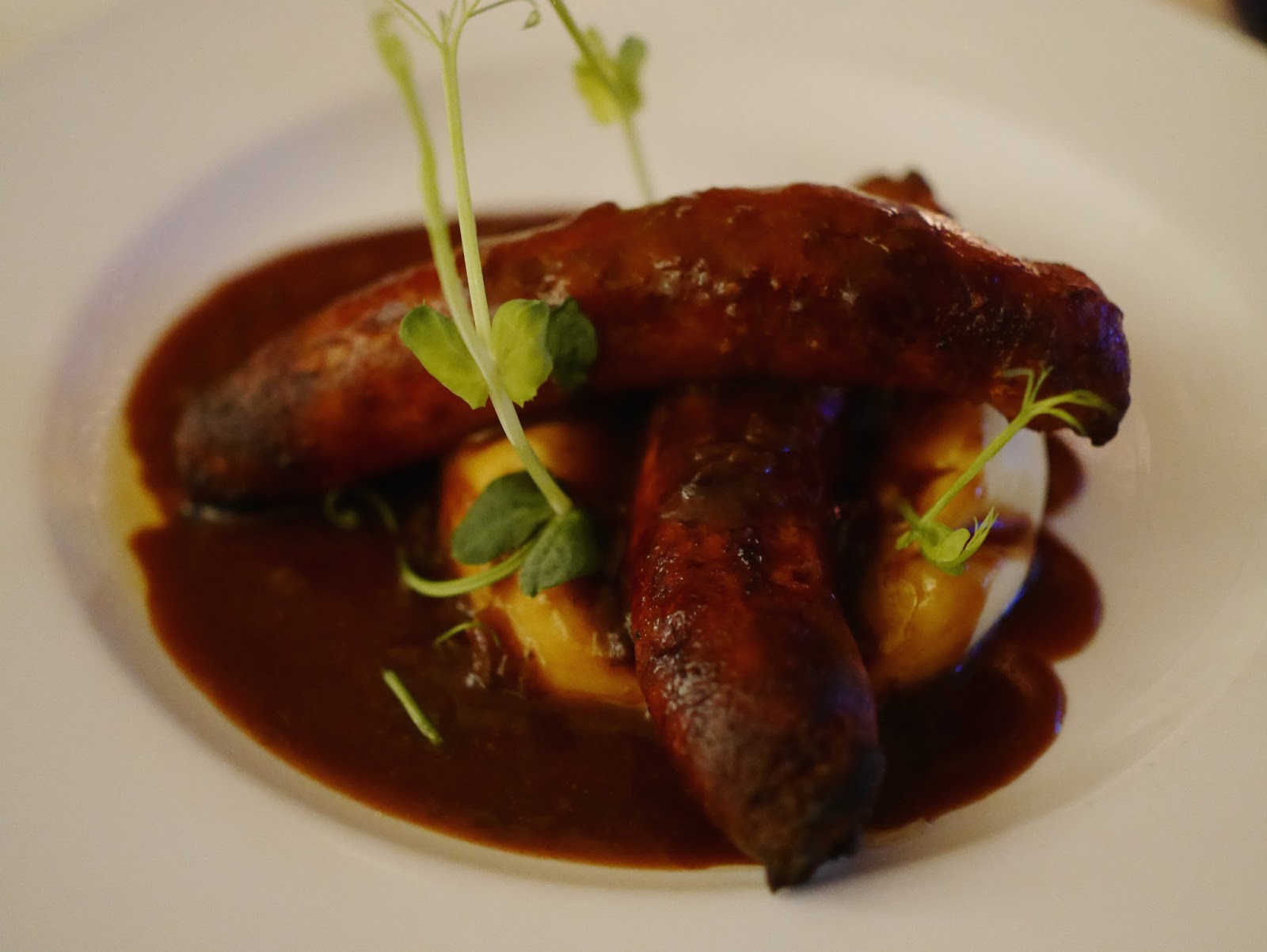 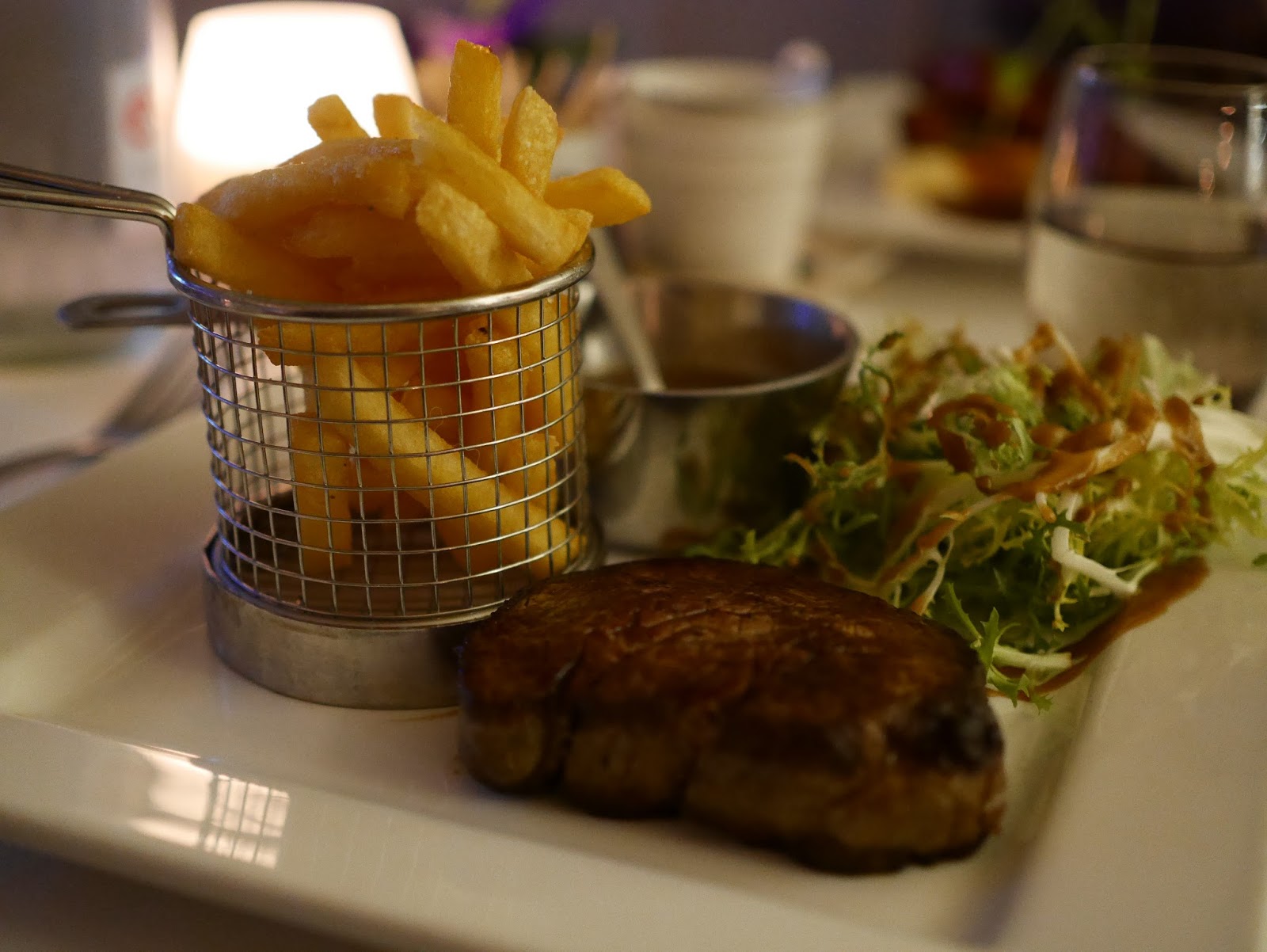 Si went for a classic steak and chips with peppercorn sauce. The chips were wonderfully crisp on the outside and perfectly fluffy on the inside….and piping hot to boot. The steak was cooked to medium rare perfection. Si did struggle with the sauce, which althought delicious, had a number of whole peppercorns within it.

If you like fish, there were oodles of beautiful sounding options (as well as a lovely duck dish too). The family try and source the fish locally, a detail I really admire. 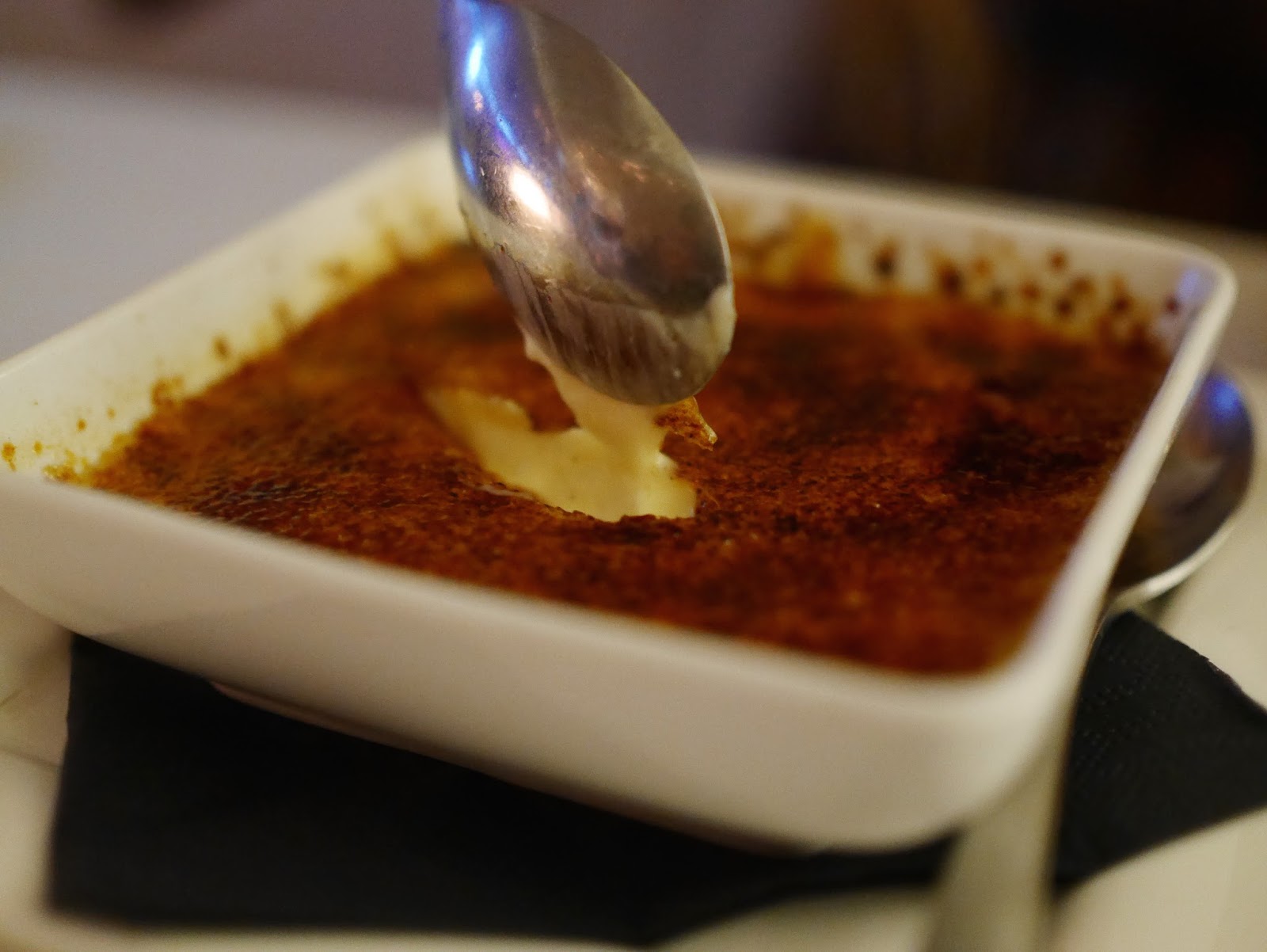 Si opted out of pudding, which I always hate because it tends to mean he’ll just help himself to mine.I’m good at sharing, but not so much when it comes to pudding.  I was slightly sad there wasn’t a chocolate based dessert I liked on the menu, they had a mousse but it never does it for me. I chose the Creme Brulee which was delicious. The top cracked just how you’d want it to, and had a lovely bitter sugar taste that counteracted perfectly against the sweet and creamy underneath. Absolutely delicious.

Even though Si thought his portions were slightly on the small size, he recognized that perhaps we are just a tad greedy, and overall loved his meal at Le Petit Nantais. We are in fact already planning our next trip to this quaint french gem.

I must point out that there is very little (if nothing at all) for vegetarians and vegans, it is traditional fernch in style so specialises in meat and fish dishes. It is a wonderful menu but relatively concise so if you’re fussy it would be reccommended to have a read before booking.

I loved the use of french language during the meal, it transported you to being on holiday and made me temporarily forget the stresses waiting for me at home.

A delightful evening in ‘France’ via Hampton Court.