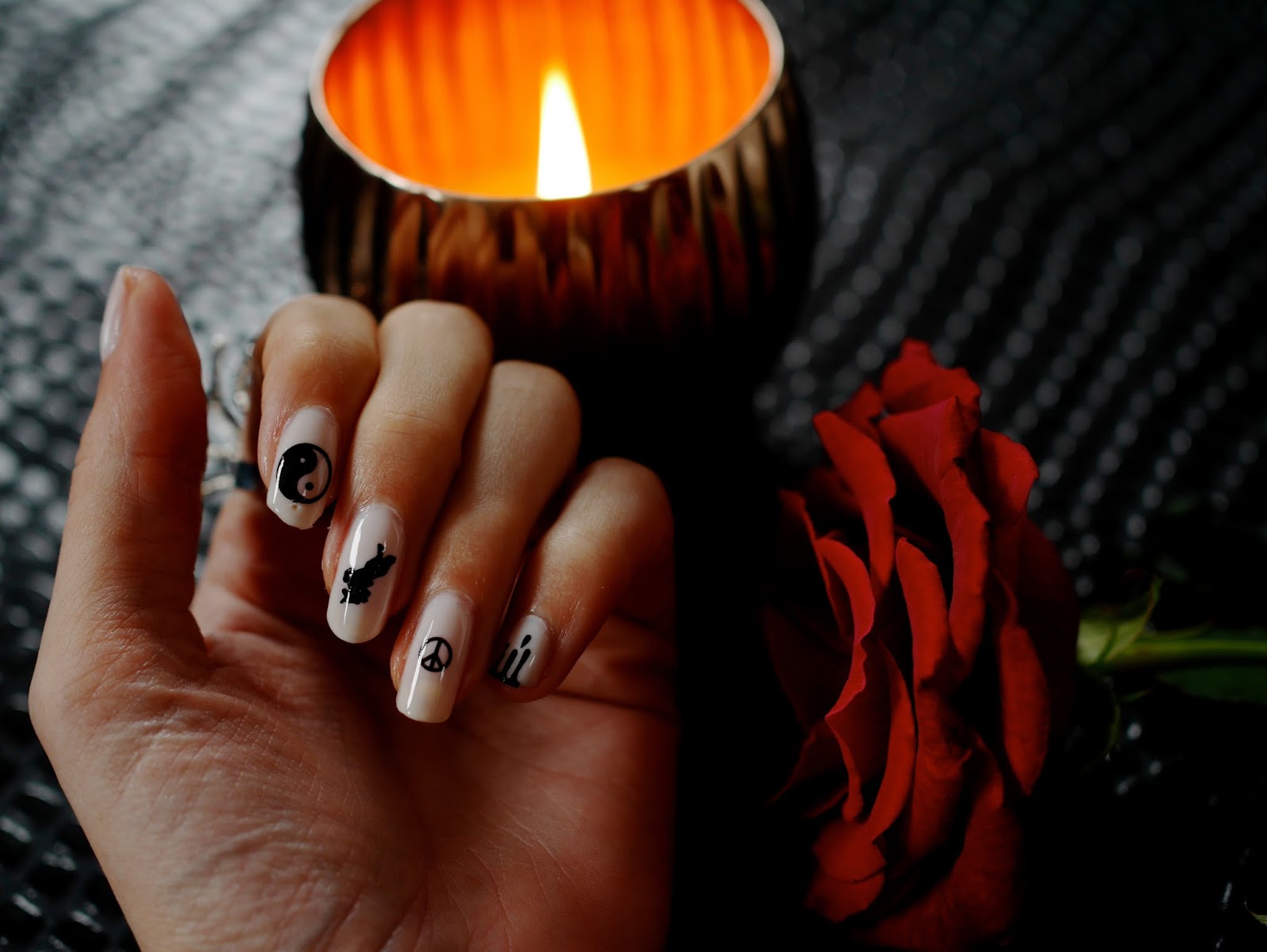 I’ve been terribly lax when it comes to looking after my nails of late. Okay, so I’ve never been the sort of girl that goes and gets her nails ‘did’, but they’re still a darn sight better than they were in my teens. The skin surrounding the nail is no longer pulled to shreds, and they’re also not chewed down to nub level. However, more often than not they are chipped, with some nails revealing previous nail polish colours underneath.

As I found myself in a position where I had to make an effort for Halloween, I thought I’d dedicate some time to my neglected talons. I rememberd that I have some nail transfers in a recent Motel Rocks goody back, and although they weren’t strictly Halloween themed I thought they were close enough.

It’s an extremely simple and quick process, but I thought I’d show you, just in case any of you are as inept as me in all things beauty…. 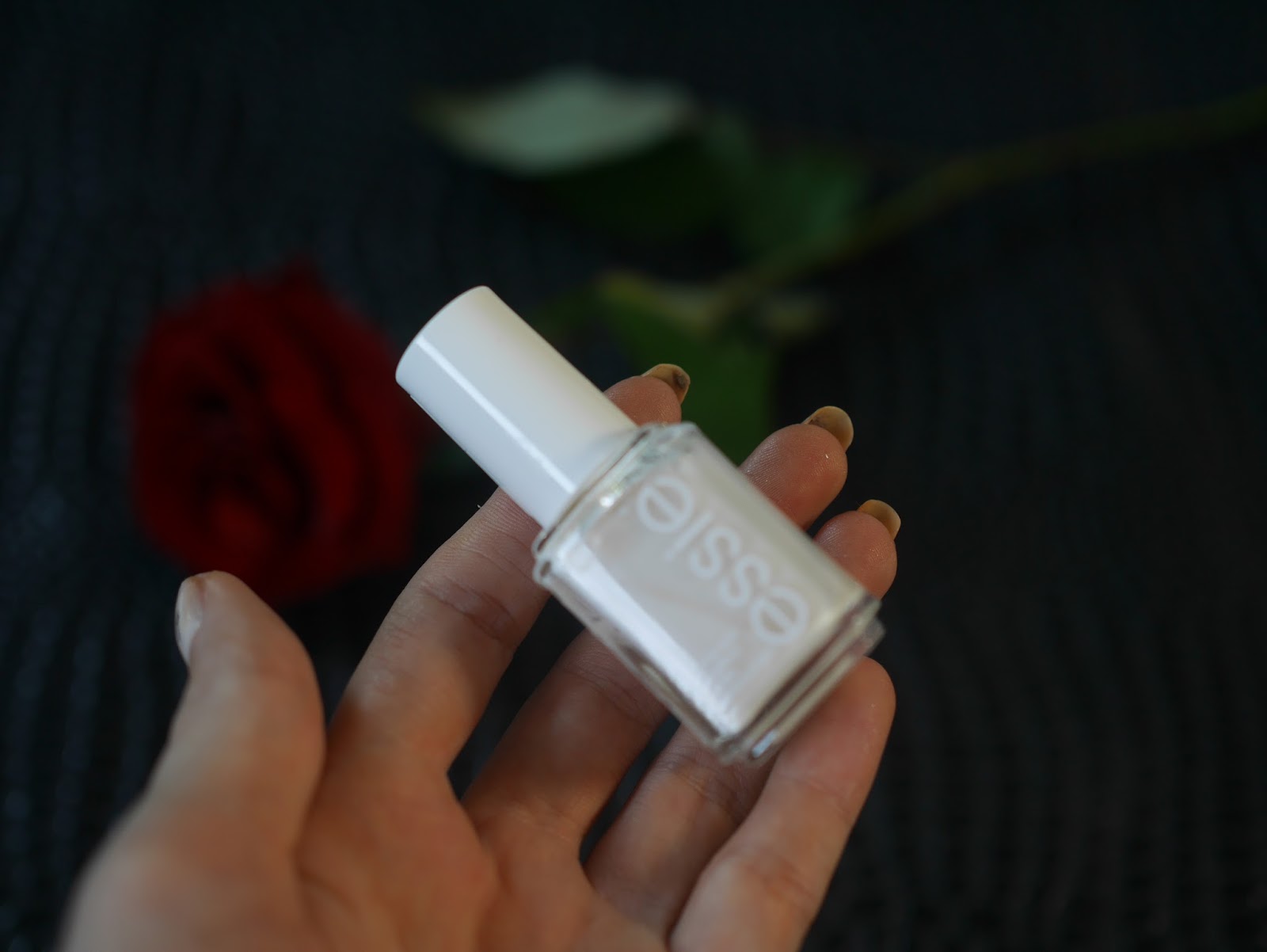 So I thought the best base for the black transfers would be white, although silver would have looked just as good and complimented the print on my dress even better. It was the first time using this Essie polish, and unfortunately it was more sheer that I’d hoped. I should have guessed considering it was part of a bridal set. You could still seen my yellow stained nails underneath after 2 coats, so I just continued painting until they were a nice milky white, and nearer the opaque end of the scale. 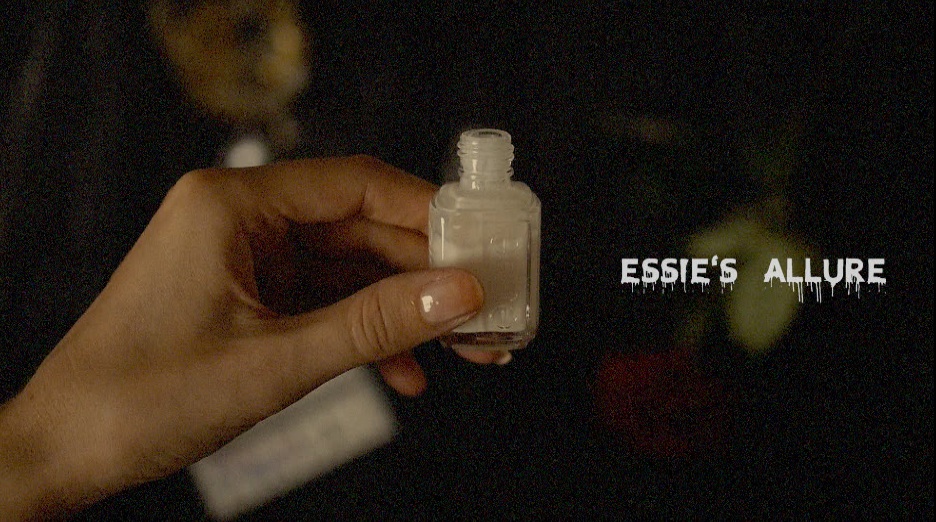 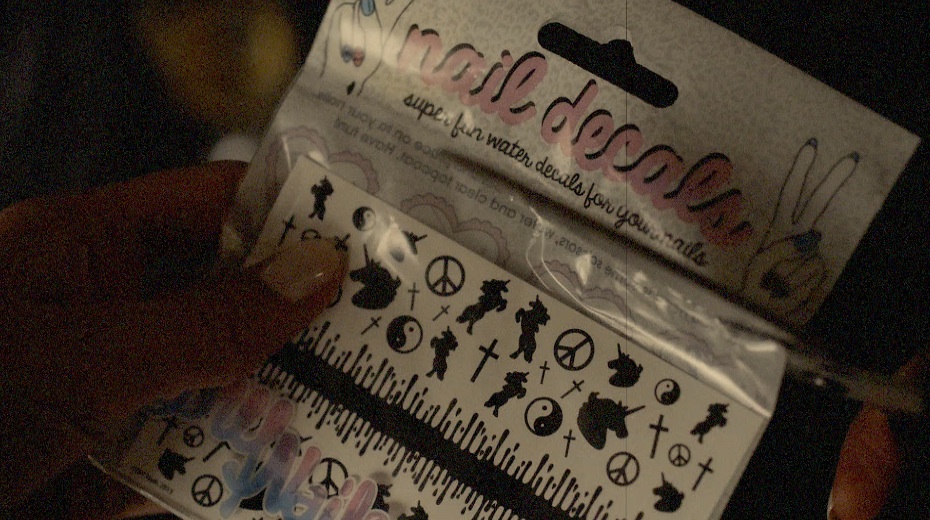 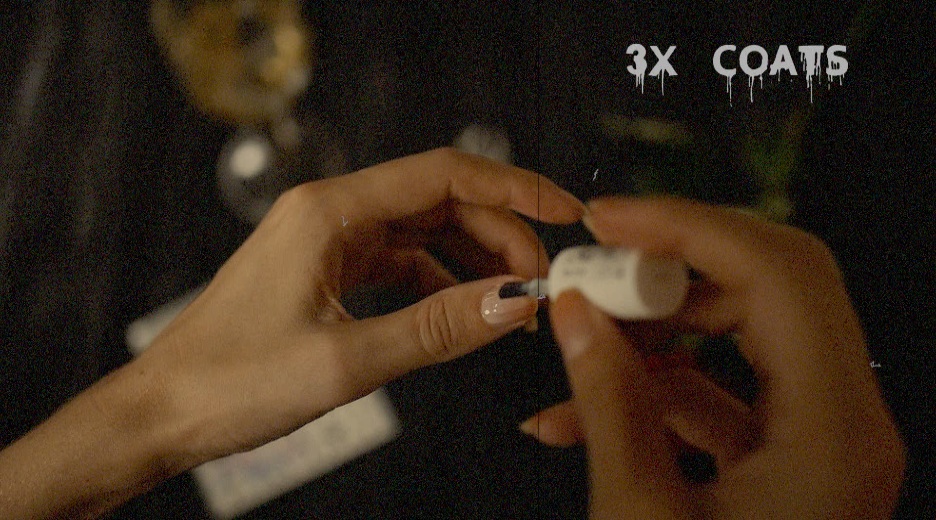 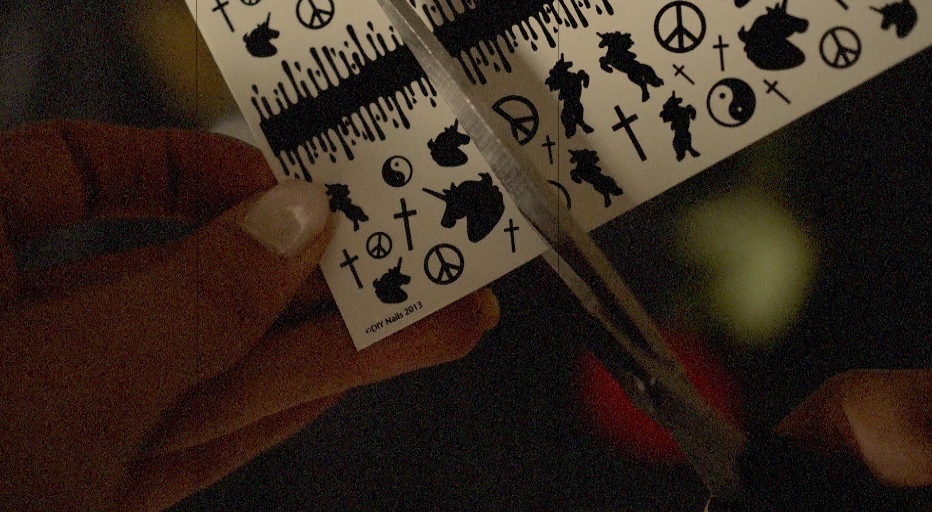 So decide which design you are going to use, I decided to use different symbols on each nail, but you could decide on one theme, as each pack has mulitples of each image. Ensure the nails are dry before you start on this next stage otherwise you’ll ruin the finish of your base.

Cut round the design you want, then place on the nail (design facing down). The board it’s only is slightly more rigid that you’d like so it’s hard for it to mould against the nail. Press on it so it moulds round the shape of the nail and stays in place.

Put a finger in some water and dab it onto the nail that has the transfer facing down on it. Press and hold for a few seconds. In no time at all you’ll move the cardboard and see that the design has been left on the nail. If it doesn’t work straight away pop it back down and leave a bit longer.

Complete these action for your fingers….. and voila!

I knew that with my lazy attitude to grooming and beauty this wouldn’t happen again, so I took some measure to ensure it would last as long as possible.

I put on a top coat of Essie’s clear Gel varnish, which also gave them a more polished and professional look. 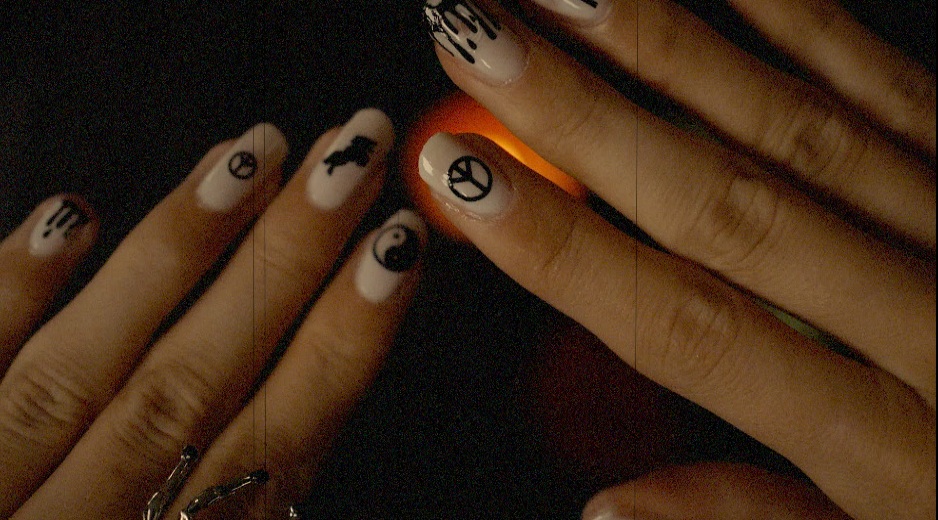 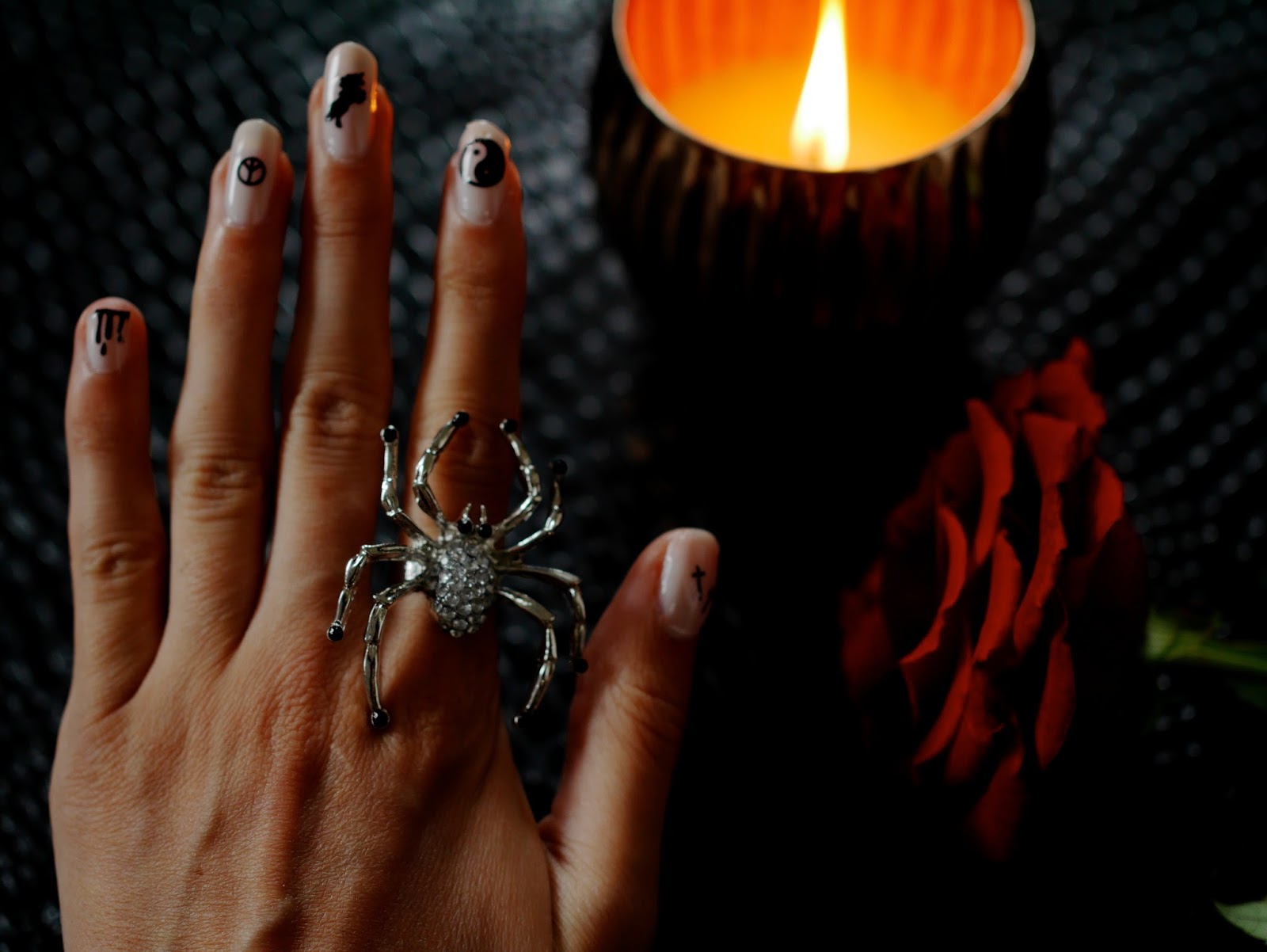 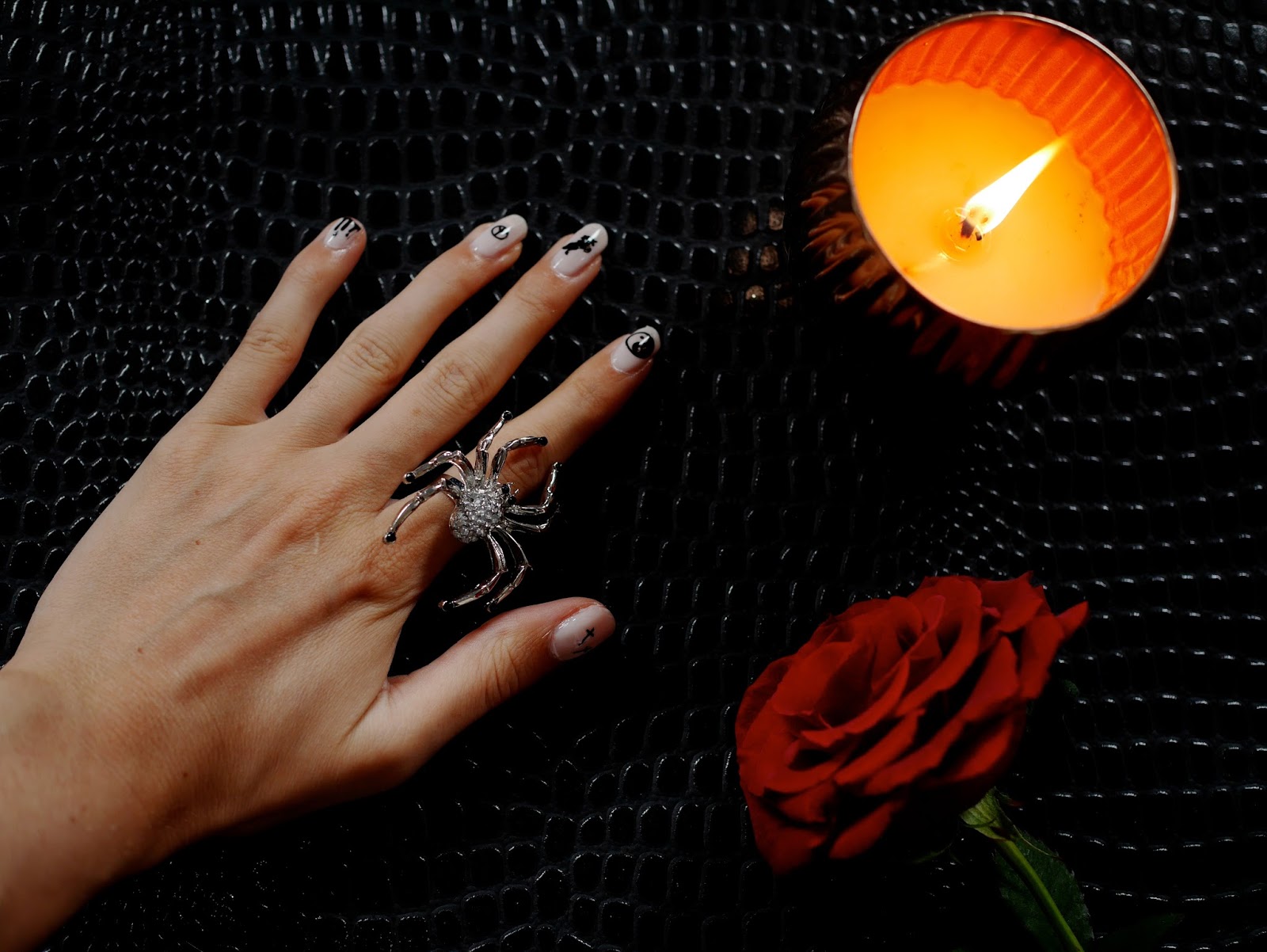 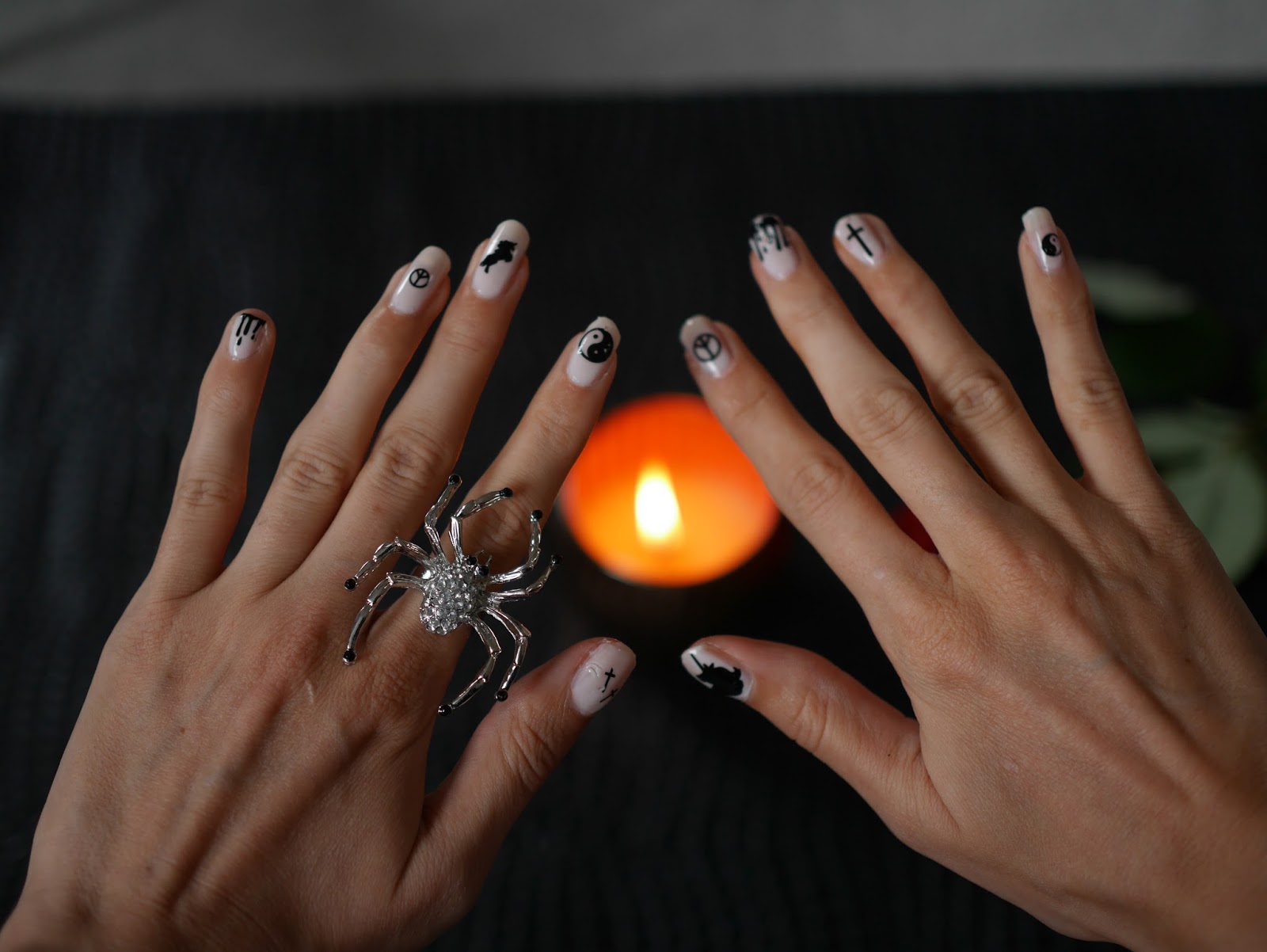 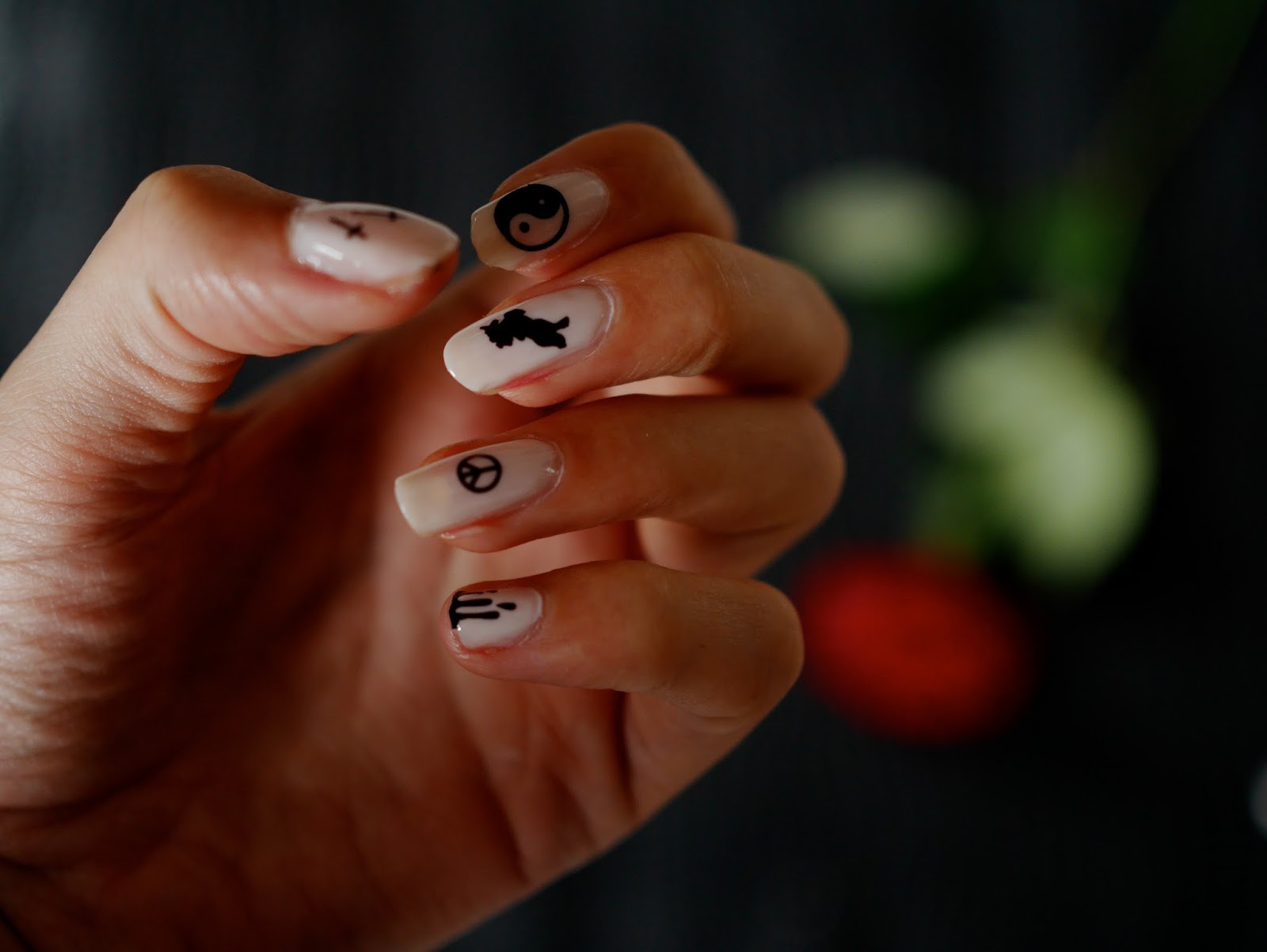 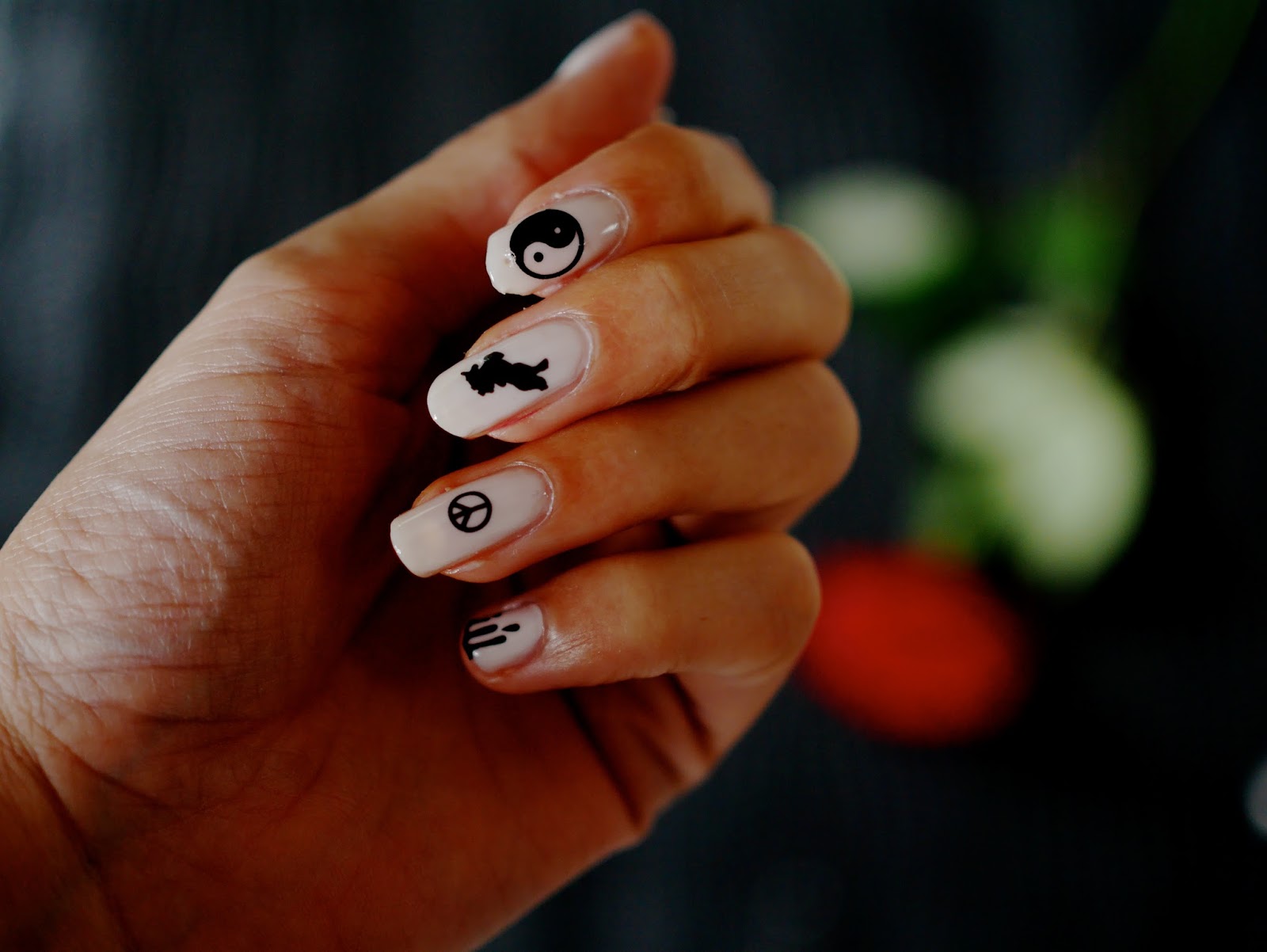 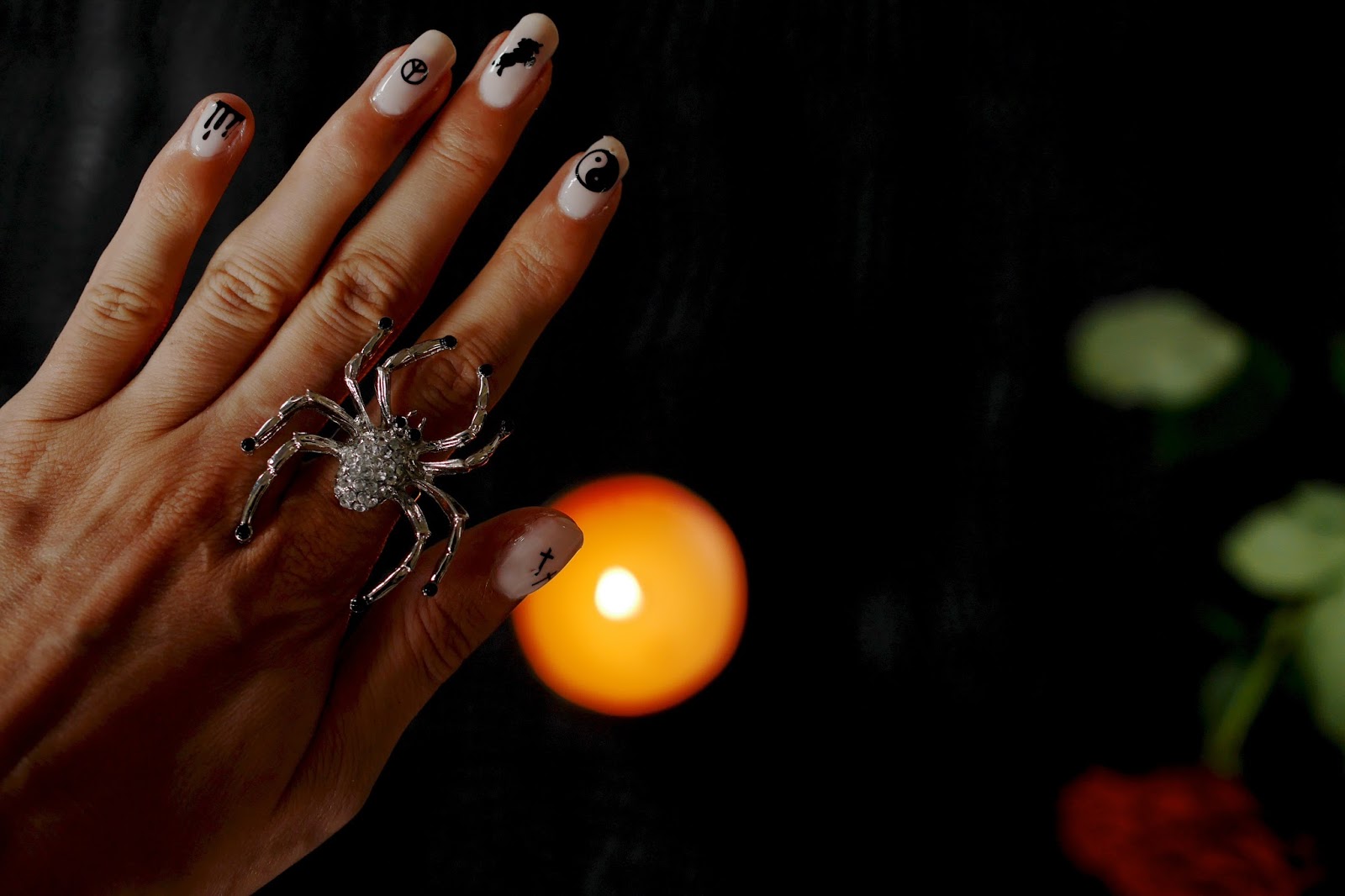 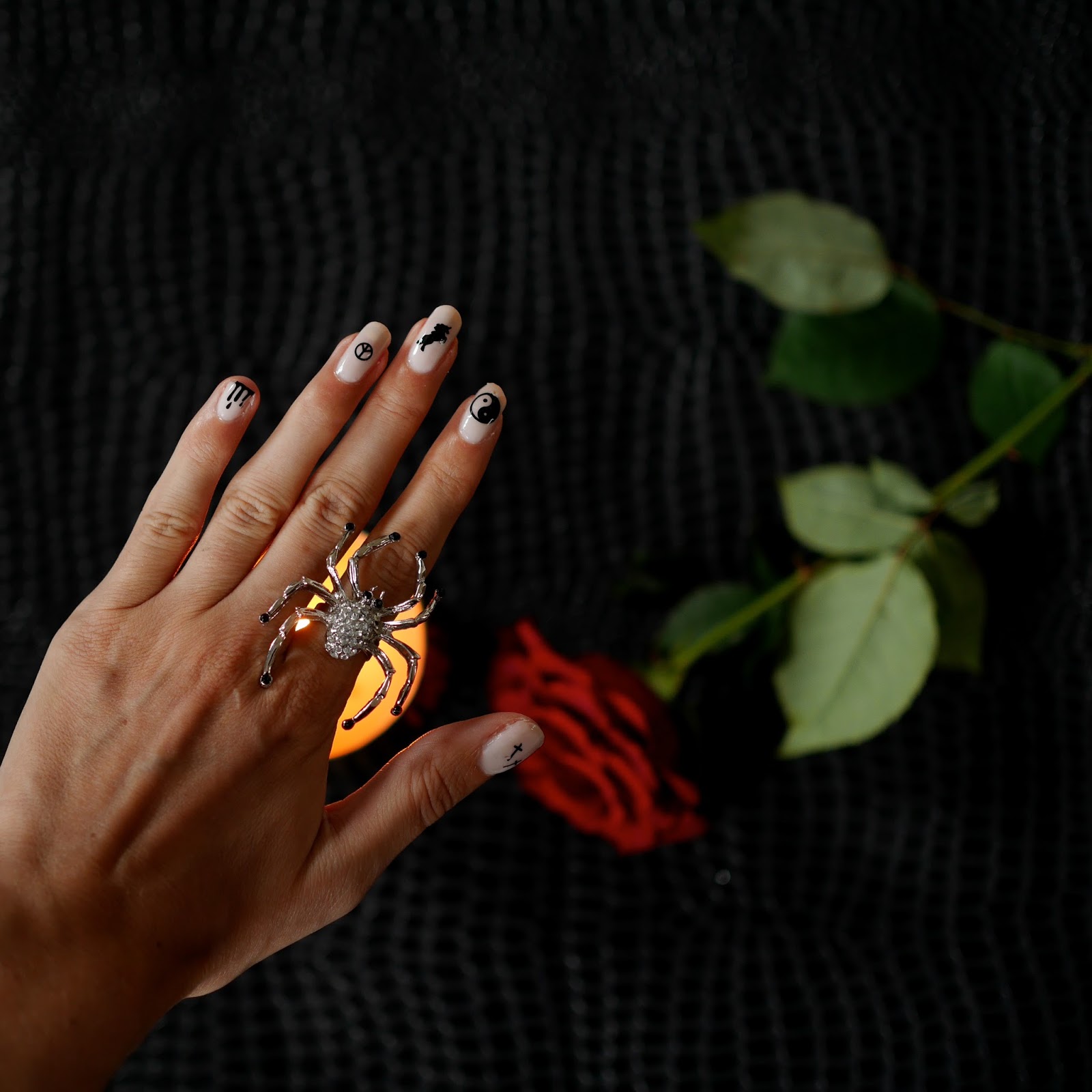 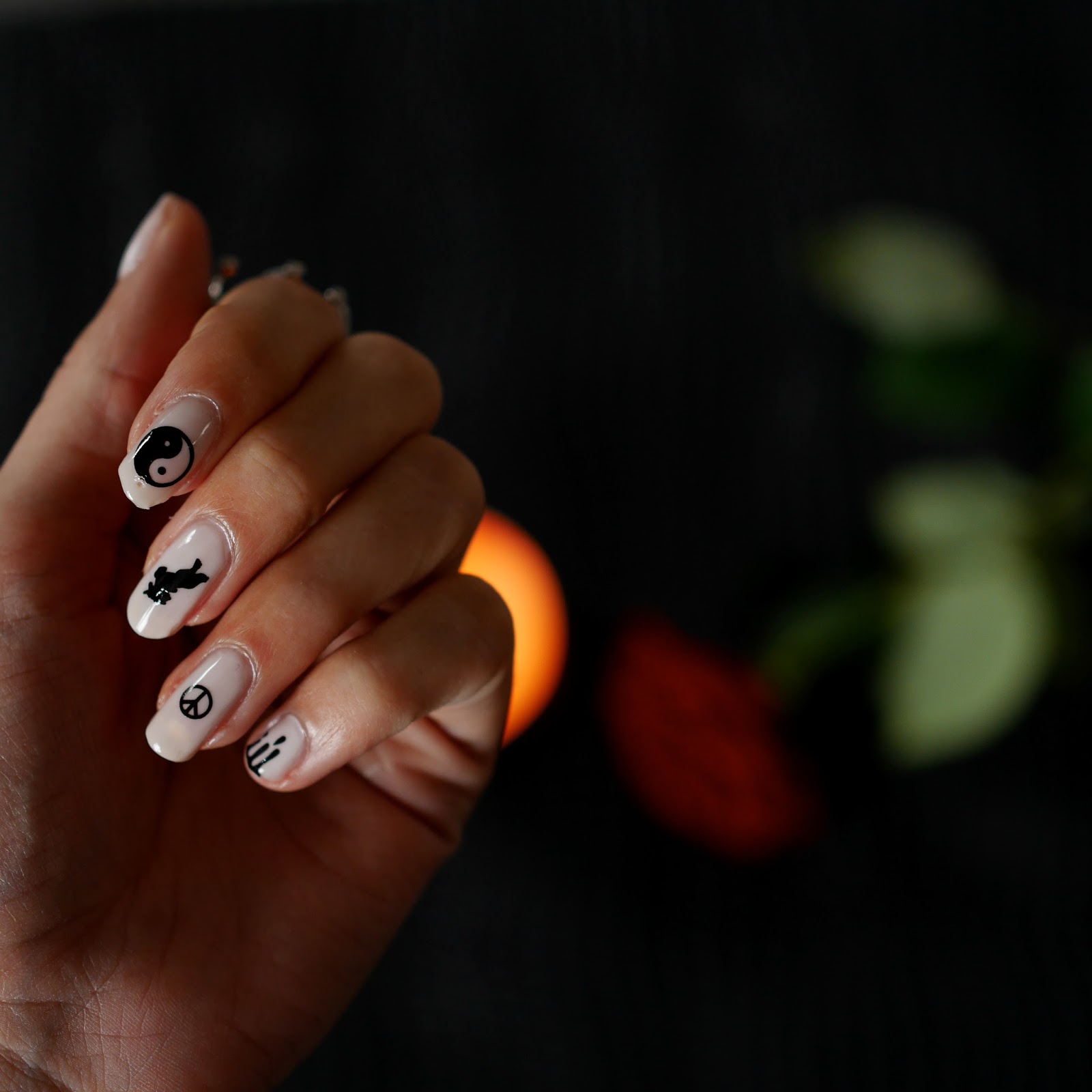