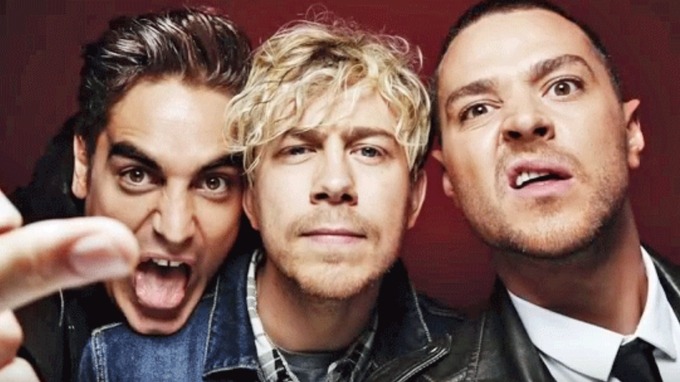 I thought today would be the perfect excuse to flashback to my interviw with Charlie Simpson filmed earlier this year during a tour of his wonderful solo material. Being a bit of a mushy person, who loves romance and sentimentality, I think the news of the orginal Busted line-up reuniting is great. It makes it feel like everything happened for a reason and that this was meant to be. I know, I’m an old hippy! I just think there’s something rather comforting about this resolution.

I liked Busted the first time round, let’s face it, even if you didn’t, their songs always got stuck in your head. I wasn’t obsessed, and didn’t have a crush on Charlie like some of my friends, but I did enjoy a good car sing a long sess.

I think when Charlie first left, because we saw how sad Matt and James looked, we felt an irrational huff when it came to Busted’s undeniable frontman. However as my love for altenative music grew, I understood how furstrated he must have been, and why leaving was the right move for him.

Although it must have been a hard decision, knowing how it affected the remaning band members, their careers, but also how it would affect their fans, Charlie’s successes after his departure proved how wise it was. Not only has he created some alternative classics and memorable live experiences through the band Fightstar, he has impressed through his stunning largely acoustic and more folky solo material.

In some ways I was suprised by the news when I saw the first whispers on Twitter last week, but I personally never say never to anything, even if only last year Charlie would have said it was a ‘never’.

We change, people change, circumstances change, so it is foolish to write anything off in my opinion. That’s why planning is often futile. There will always be something to put a spanner in the works, and sometimes, sadly more rarely, something that will transform the situation in a positive way. Once again I’ve gone off on a tangent…..

Read the info from the press release below!

NEW MUSIC IS ON THE WAY!

“A
year ago James and I got together and just started hanging out … and it
felt really different, somehow, to how it had ten years ago. And the
idea crept into my head after all that time apart: what would Busted
look like today?” – Charlie Simpson

It’s
the reunion they said could never happen – even the members themselves
have admitted it. But today Busted announce their return to the world of
pop in 2016. Matt, James and Charlie are returning to the road with a
full UK arena tour, and they are working on brand new Busted music for
the first time since 2004.

“For
me, there’s a huge sense of unfinished business …  I always thought in
my heart we’d do Busted again, but that it was just a matter of when and
how” – Matt Willis

Wednesday 11th
May 2016 will be their first show together in 12 years – and the first
time in 12 years anyone will be able to see the three members play all
their greatest hits together live – among them the simply huge,
unforgettable smashes “What I Go To School For”, “Crashed The Wedding”,
“You Said No”, “Air Hostess” and “Year 3000.”

For
the gig Busted will return to the home of their biggest triumph, the
venue where anybody last saw them – Wembley Arena. It was here that they
broke a record in 2004 by selling out an incredible 12 shows. And it’s
here that they will make their long overdue comeback.

With
an incredible five million record sales, two 4 x platinum albums and
four number one singles to their name, a staggering 700,000 concert
tickets sold in one year, two BRIT Awards and a Record of the Year
Award, Busted are one of the biggest home-grown pop acts of the 21st century.

Busted? These boys are fixed, back and ready to shake up the pop world all over again.

Tickets are on-sale from 9am on Friday 13th November (subject to per-ticket charge plus order processing fee) and are available from www.livenation.co.uk