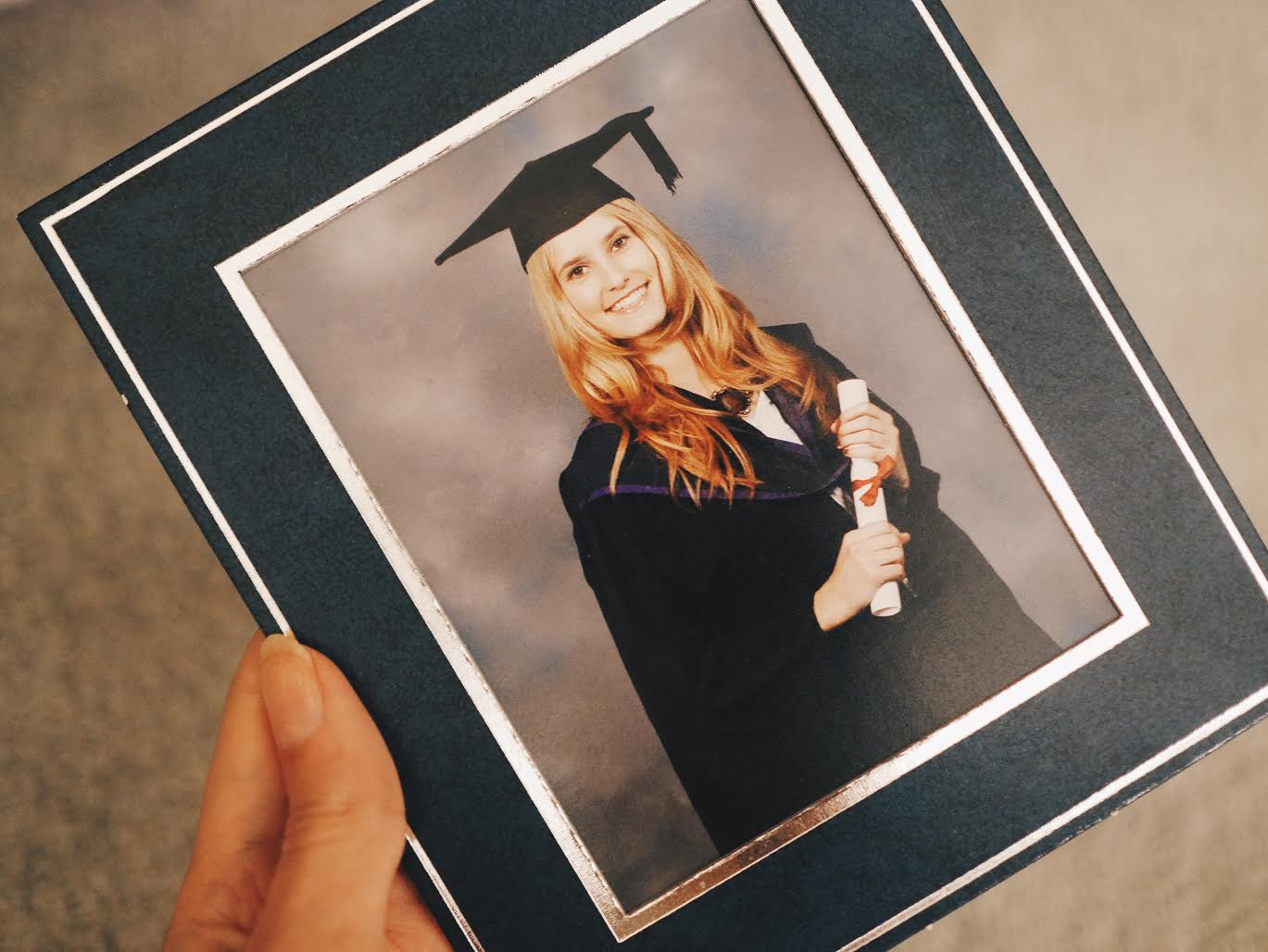 As you get older I think you gain more self awareness, or at least I’ve found that to be the case for me. I am all to aware of my plethora of weaknesses and faults, but also the things that I find easier and the traits and behaviours that are positive.

However some aspects of your personality don’t fall so neatly into the positive or negatives sectors.

I have always been extremely conscientious. Early on in my school years it was clear I was one of those hard workers that liked to pay attention in class, who would go the extra mile when it came to projects and homework. I was also one of those annoying kids that would cover up my work, so people couldn’t copy my answers.

Do you remember the years at school where you’d gain considerably more marks/praise (merits in our school) for simply colouring in a boarder round your work? If the teacher said they’d require at least one A4 page of writing I’d do 2/3. If they wanted a coloured in front cover, I’d also create a back cover, including a Sophie Eggleton brand design (complete with copyright mark).

There was a blip during my teenage years, when I became distracted by the allure/torment of boys, and was overcome with cliche adolescent angst. During this I temporarily lost my lust for A stars, and had to survive some very tense parents evenings. However, on the whole it became expected that I would get good grades. I remember feel stressed by the knowledge that teachers, my parents and fellow students, would almost presume that I’d get good grades. If I came out of a test saying I found it hard, I would get comments like ‘you’re just saying that’ or ‘yeah yeah, whatever’. The fact is, none of this work ever came easy. I did have to try extremely hard, so getting a good grade was never a given.

When I think about my so called ‘dweeby’ tendencies at school I can’t help but wonder whether my behaviour is a result of nature or nurture….

My brother is 3 years older than me. He’s extremely intelligent, and not just in one or two subjects. He has always completed those pivotal school tests ahead of me, and has always left a fairly daunting benchmark. He was often invited to take subjects early, and when it came to GCSE’S I think he was in the top 2 of the year – achieving 10 A* if I remember the horrific fact correctly. 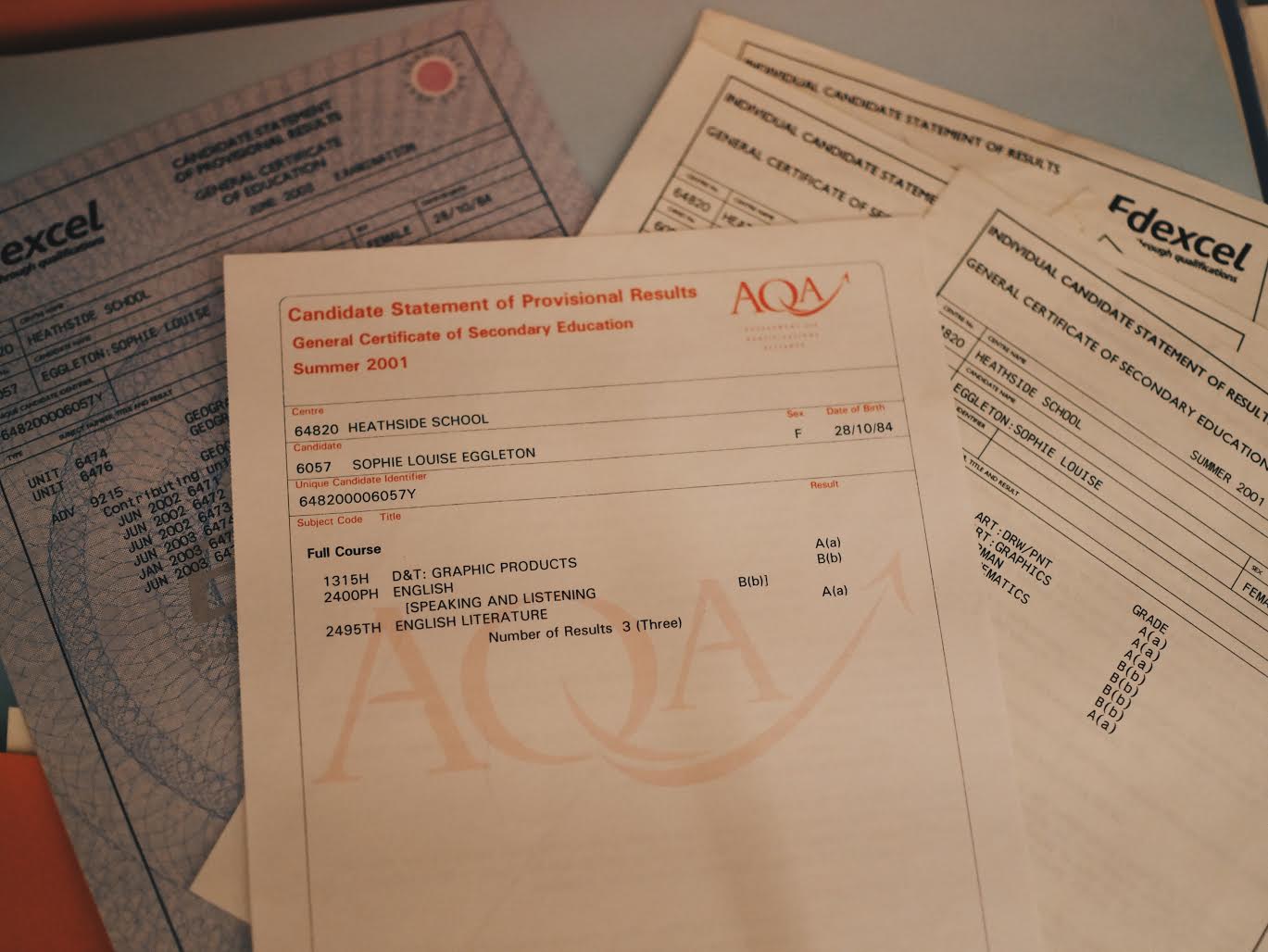 Even though I don’t really believe my parents ever put pressure on me to achieve similar scores, I think it’s a pressure I put on myself. Although I knew the dizzy heights of an A* full sweep was unreachable, I knew I was capable of doing pretty well – or at least gain results that wouldn’t look too depressing when judged against his.

Unfortunately the aforementioned dip in concentration happened prior to both my GCSE’S and A Levels, so I didn’t do quite as well as I could have. I can’t remember whether it was just the distractions of teenage issues or whether I had a ‘f*** it” epiphany, where I decided I was never going to compete with my brother’s exam prowess, so why bother trying…..but the result was the same. I got 6 A’s and the rest B’s in my GSCE’S. Which was great, but I had been predicted some A*. I got a A and 2 Bs in my A levels which was a huge relief because at the parents evening prior to it I was sitting at D/E’s in some areas. However when I got a ‘congratulations’ or ‘well done’, I couldn’t help but utter (in my head) ‘ yeah, but they’re still no way as good as my brothers.’ I remember how I felt when I received the disapointing results, and telling myself I wouldn’t allow that to happen again. 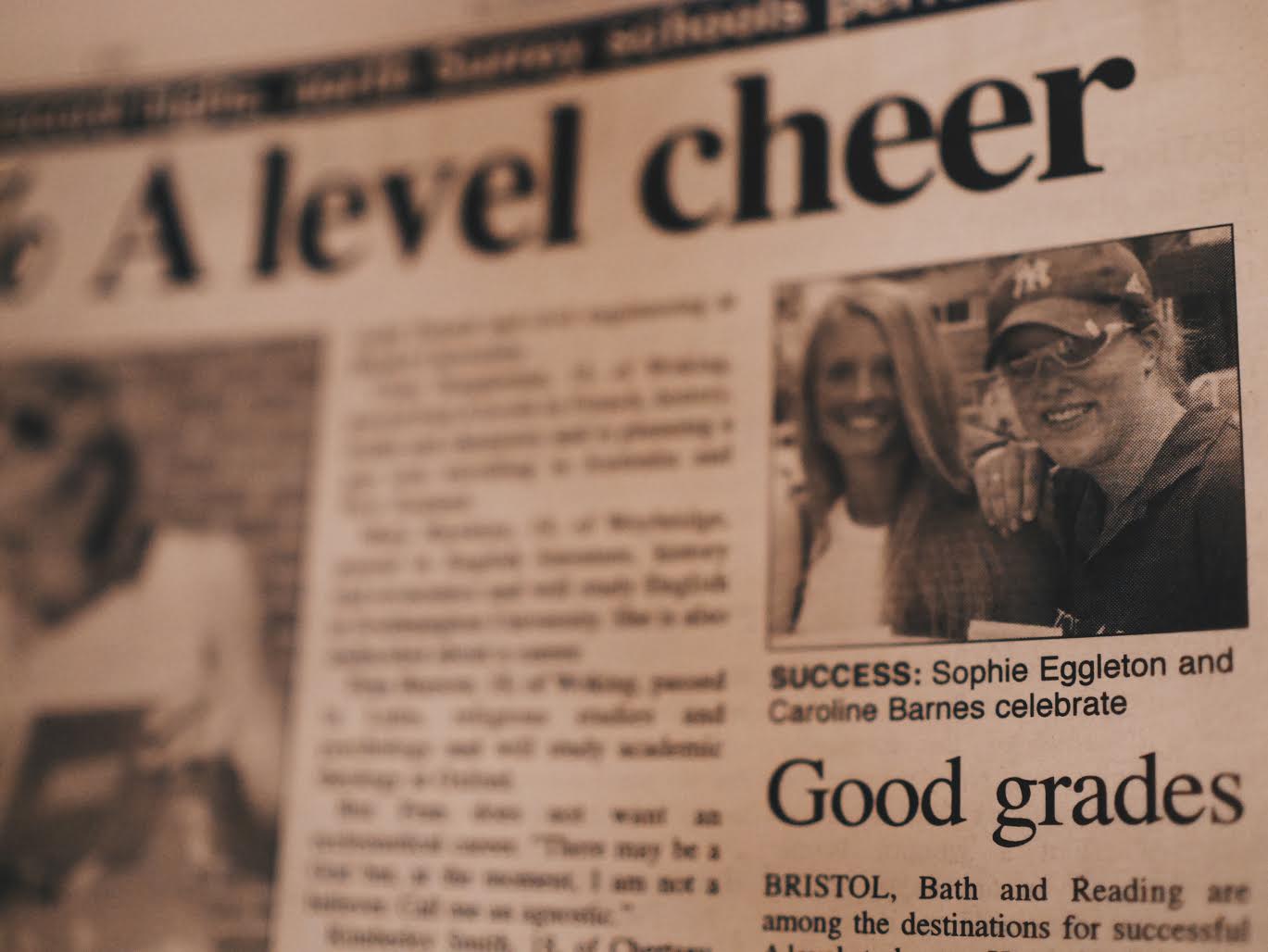 My brother went to uni, and of course gained a First in Computer Science. In the meantime I went to art school and got a Distinction. I remember the relief of getting that result, because it meant that I was keeping up. Although, even then I was putting the achievement down, because I convinced myself that a top mark in a creative subject held less esteem than one in a traditionally academic subject. Once again this is probably my doing, but I remember being very aware that my Dad didn’t really ‘get’ art. He’s intelligent in the traditional sense, so I believed he would see more merit in the achievement of a subject like maths or science for example.

When I got to uni I had the goal of achieving a First. I’m still not sure whether I wanted that result for me, or because I felt that I needed it because I wanted to make my parents proud, and equal my brother again. I’m not sure I’ll ever know what the core drive was/is. 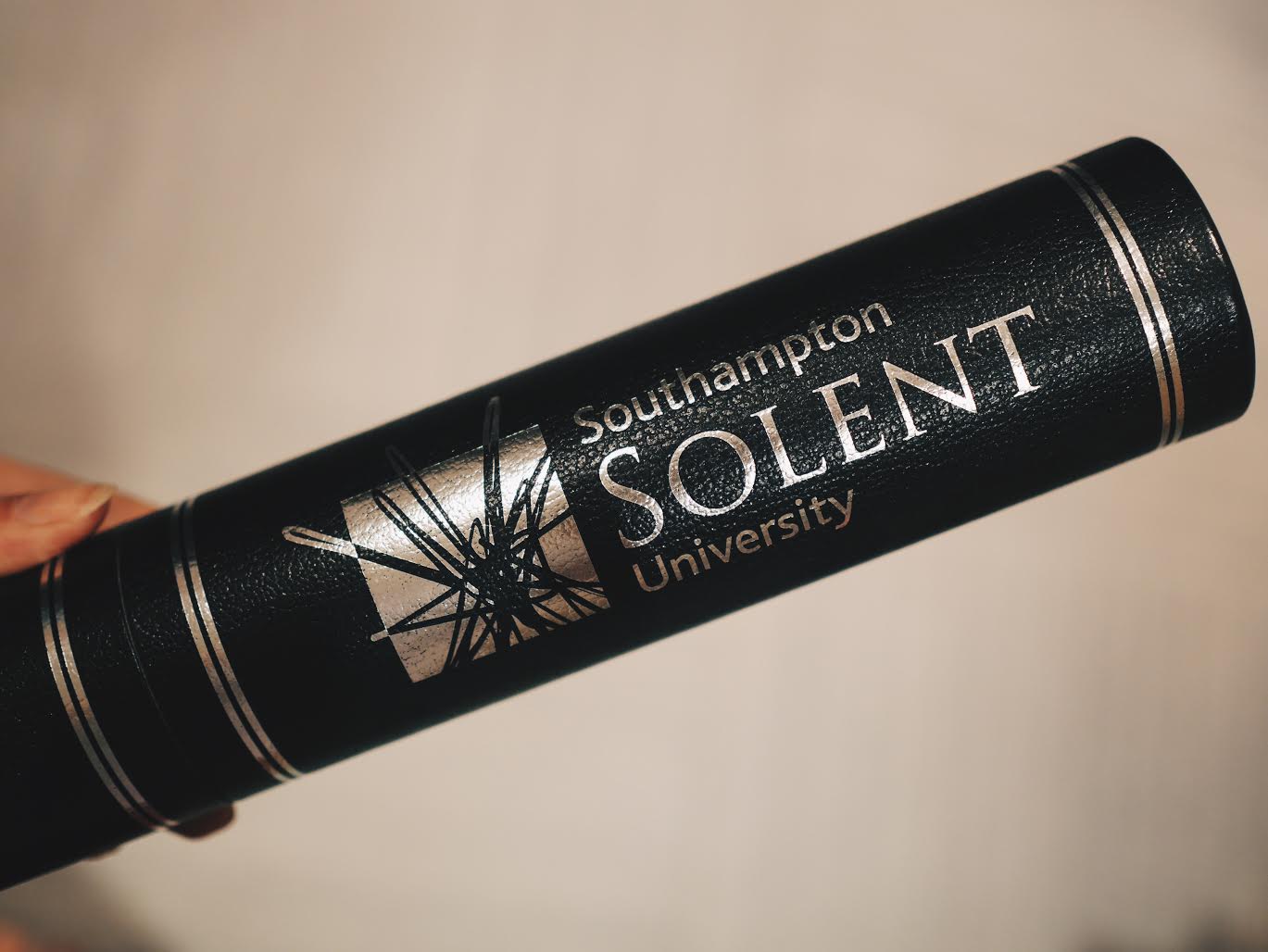 I did get that desired First, but what did I sacrifice in the process?

I don’t look back on my uni as fondly as many of my friends or housemates. If we counted the nights out, or chill times in the lounge watching daytime TV, my tally would be considerably less than theirs. For some reason I decided to particularly time zapping medium of work, one that required me to stay up late in the uni editing suites (this is a time before I had a laptop and YouTubing even wasn’t a thing) or stay up late making a mess on my bedroom floor (artistic mess, not a dirty protest). 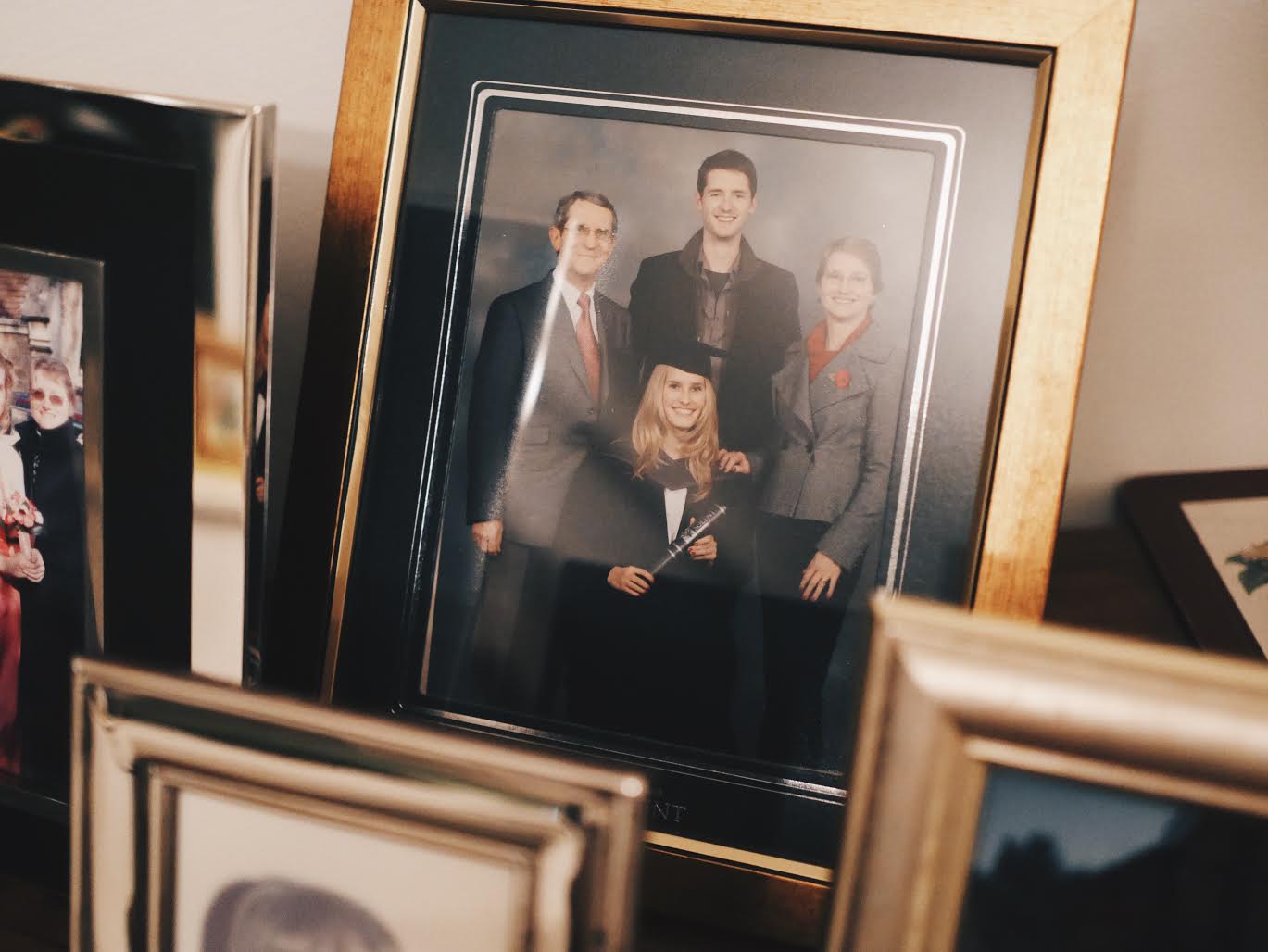 So, fast forward more years than I’d like to admit, and I find myself once again pushing myself too hard.

Some YouTubers do a video a week, so why do I feel the need to do 3, 4, 5 or 6. Why don’t I just make one really good one week? My behaviour is particularly silly, because I shouldn’t be pushing myself, in fact with my health issues I should be taking things fairly easy.

So what do I sacrifice because of this behaviour ?

On occasions, well more than a few occasions, my couple time (which is already diminished due to the fella being in a touring band) is marred by my insistence that work needs to be done .If we are chilling and watching TV in bed, I feel like I should be doing something productive, whether it be replying to comments or doing some editing. If we’re out I often feel a pang of guilt if I’m not blogging/vlogging something which is clearly worthy of capturing. I try not to give in to this though, as I feel it’s unfair on the people you share your evenings/days out with to constantly be looking through a screen. I also know a lot of them feel uncomfortable on camera and don’t want to be worrying that they are being watched/captured. Even on holiday’s in the past I’ve asked Si to take outfit photos for example, which of course he’ll do with no real fuss. This is a holiday….should I really be doing work, and forcing my holiday buddy to get sucked into it too? If we are allow ourselves to do this on holiday…when are we ever switching off from work? (NEVER)

As you guys know I struggle with getting enough sleep. This on top of CFS means that my energy levels are pretty dire. On days when I should be relaxing in bed and switching off from stress, I’m freezing my nips off in the garage filming a video. And I know a lot of you think making videos is easy peasy, but sometimes it involves multiple outfit changes which is (surprisingly exhausting) and dealing with numerous frustrating tech issues and fails. When I’m not doing this, I’m commuting up to London (which is about about an hour and half each way) to do a 15 minute interview. Silly. Particularly when there is absolutely no financial gain in doing so.

The nature of blogging/vlogging has only enhanced made my workaholic nature. Many traditional jobs wrap at 5pm. The workers go home and there’s not much that can be done before they get back to the workplace the next day. With blogging/vlogging type of work you are essentially ‘on’ 24/7 – there’s always stuff that could be done, whether it be a well thought out traffic encouraging tweet (something I don’t do as I’ve fallen out of love with Twitter), or posting a Instagram. Unlike other jobs, we are also constantly being able to view the work of other people in the same role, which inadvertently makes us feel like we should be doing more. Either someone seems to be super productive which makes us feel like we should be doing more, or we see something that sparks some inspiration and feel compelled to create…immediately.

I think my reasons for working in the manner I do is that I’ve lost control of a lot of aspects of my life. Certain unhappy things that have happened in my life has halted my progress, and although frustrating I know I can’t blame myself for most of them.

But if my work life doesn’t pan out, I never want to think it was because I just didn’t try hard enough. I never want to regret not doing all I could to acheive my goals. I’m not going about it right though, because working myself into the ground will definitely not lead me to great career success!  I have to remind myself it’s not about the quantity. Perhaps I need to find focus and channel the right amount of energy in to the right stuff.

I also think I probably use work as a scapegoat. It’s an excuse for not facing those awkward social situations, the ones I’ve put off and are now even more intimidating -(that requires a whole other post -coming soon).

You know what? Sometimes I really wish I was lazy. How lovely it would be to never feel guilty about having a chilled day absent of work. There’s no way I will change at my old age, but perhaps I can try and shift the balance a little bit in the direction of being health and relationship conscious when it comes to my work.

After all, when I’m even more of an old fart and sitting in my comfy chair and trying to remember moments from my life, I know in general I won’t look back and think ‘oh I’m so glad I wrote that blog or edited that video that night’. I will think of those laughter filled nights with friends, an incredible holiday view, or that amazing dinner I had out with my love.

I’m not saying I’ll make this change…but admitting you have a problem is always the first step.