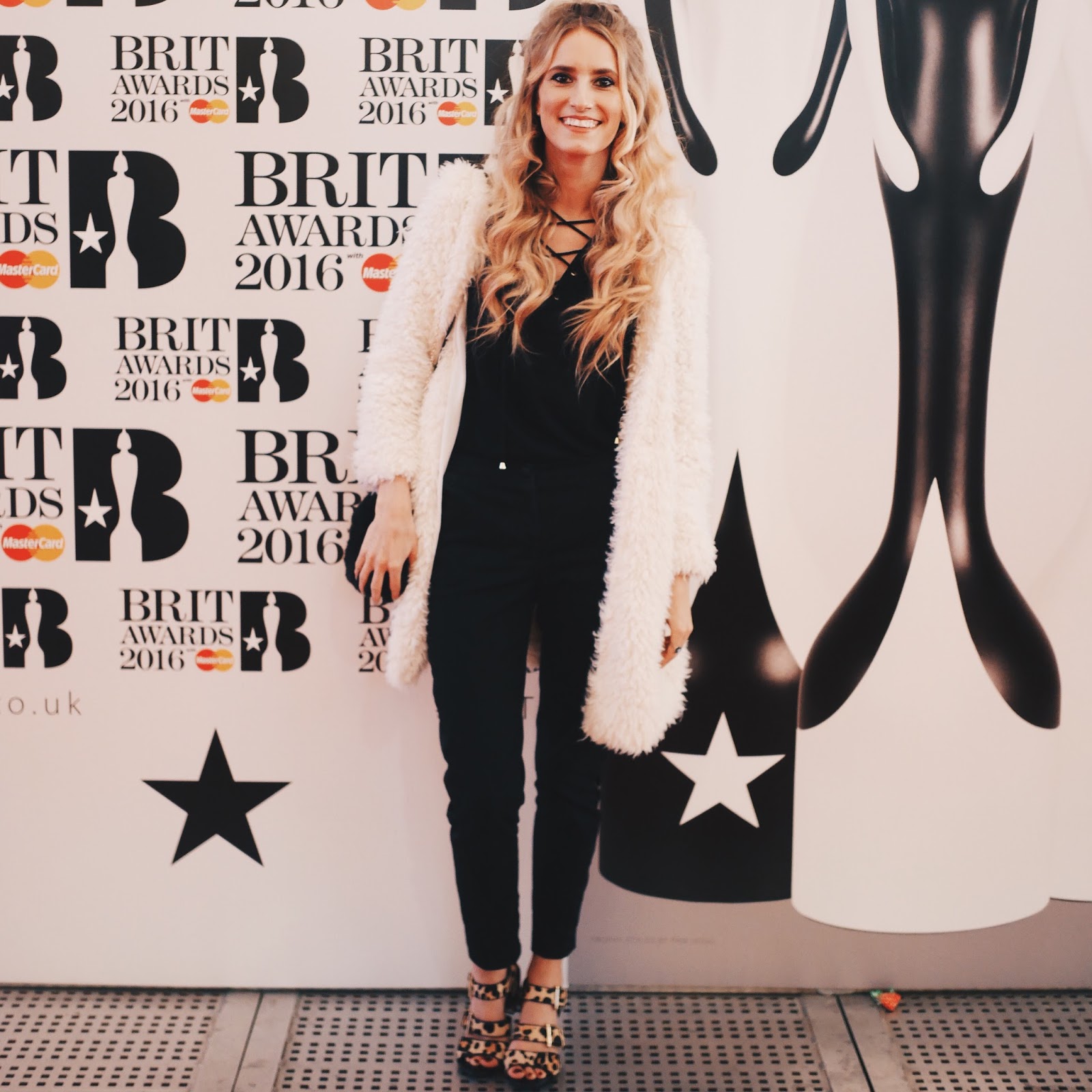 I only found out late on Monday that I was going to be attending The BRITS so didn’t have time to order something especially for the occasion. It’s a blessing in disguise that it was so last minute really, as there was less time to flap about outfit decisions, and no time to splurge on a new ensemble and spend money I don’t have!

I wasn’t attending in an official press capacity, doing carpet interviews, or dining at one of the swanky tables on ground level, so I didn’t want to go to0 glam with my look. For me it was about striking a balance of making an effort, but not looking like I thought I was a VIP. I don’t have a problem with people going all out, afterall why not make the most of having a reason for getting dressed up, but I just know myself. I never tend to feel that comfortable when dressed to the nines – although I would enjoy having a few more reasons to do it every so often!! Hint, hint.

If had gone shopping I think I would have hunted out some tailoring. I personally think women look super cool and sexy in well fitted suiting. I remember coveting a wine coloured suit for Reiss which worn with a smokey eye would have been an amazing rock n roll look.

But, I had to go with what I already had in my wardrobe. I remembered that I had some ASOS tuxedo trousers from my office working days that I have been hidden in the bottom drawer (the draw where I put things I never wear or that don’t fit neatly into a catagory).They had accumulated a gross amount of lint, but nothing a furious session with a roller couldn’t sort out. I was just relieved to find out that they still fit after all this time.

I’m at the age where I don’t have time for being cold or uncomfortable, so when mum told me it was going to be freezing I decided to opt for a long sleeve over a raunchy, sheer, or darn right minute top.

I settled on my new black long sleeve from Primark which has the ever so ‘hot right now’ lace up detailing. It’s not very booby but flashes a bit of chest skin to stop myself from looking too prudey and smothered in material.

I started to worry that it was looking a bit too safe and boring, so thought it needed a pop or contrast of some sort. I remembered by animal print New Look sandals, which are just about the only shoes that veer towards being heels – well, they’re barely heels to be honest, but I can actually walk in them and they’re not as clompy as the majority of my shoes. I thought a bit of fluff might inject the fun factor too, so found my polar bear coat from the Aus online store.

The neckline already has something interesting going due to the crossing over of the laces so I opted against a necklace instead making my hands the destination for my jewellery statement. I put on my favourite moon ring and a very chunky multi faceted jet-like stone.

Getting ready would have been a fairly simple task, given the simple nature of my outfit. Unfortunately I made it hard for myself by filming a GRWM, and live vlogging for SeedBackstage during the process.

Anyway, hope you enjoy the video on my channel, and enjoyed watching my live BRITs Vlogs which you can view here….

Just Sign up and then you’ll see dozens of little vlogs from the night, 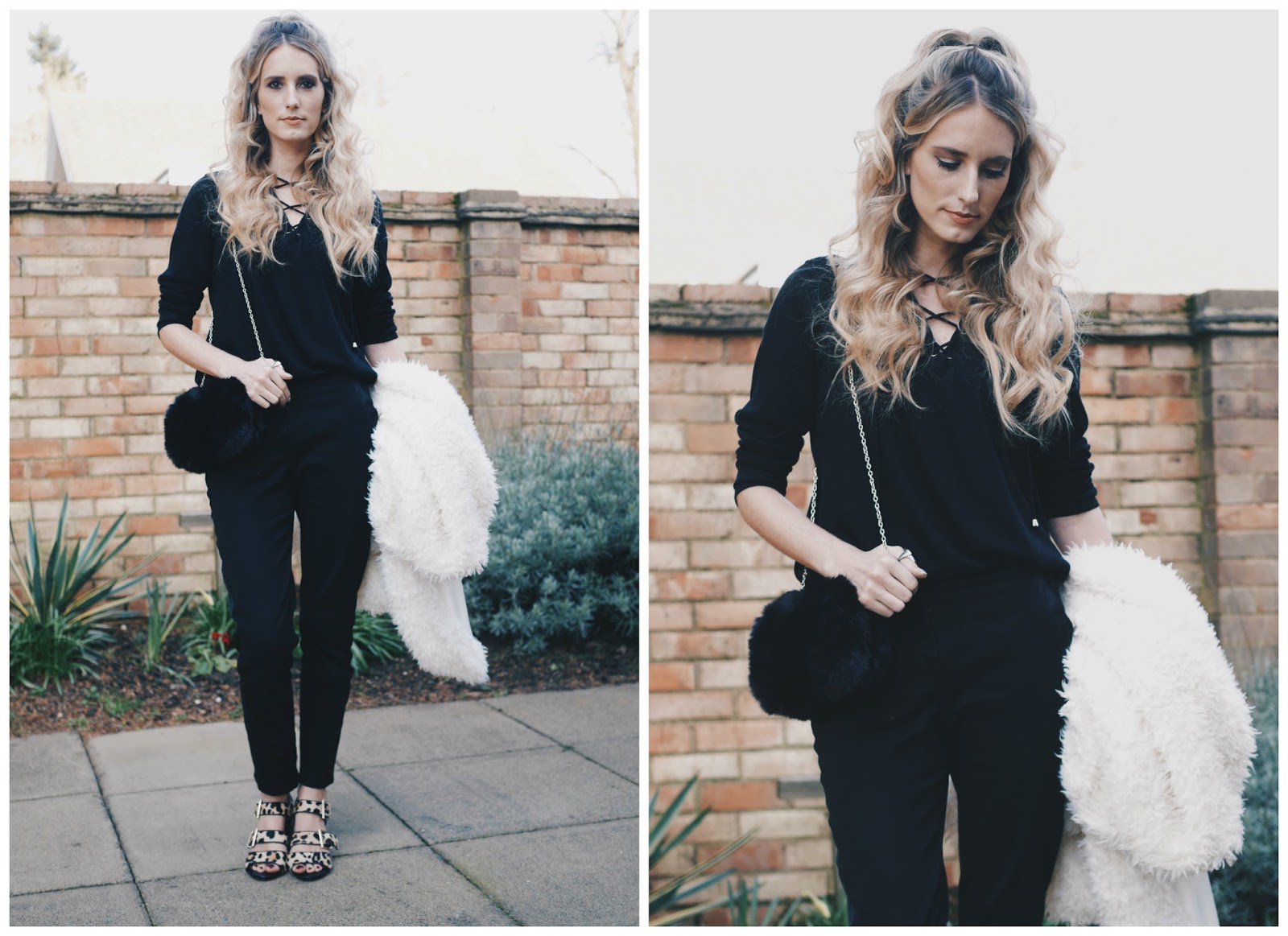 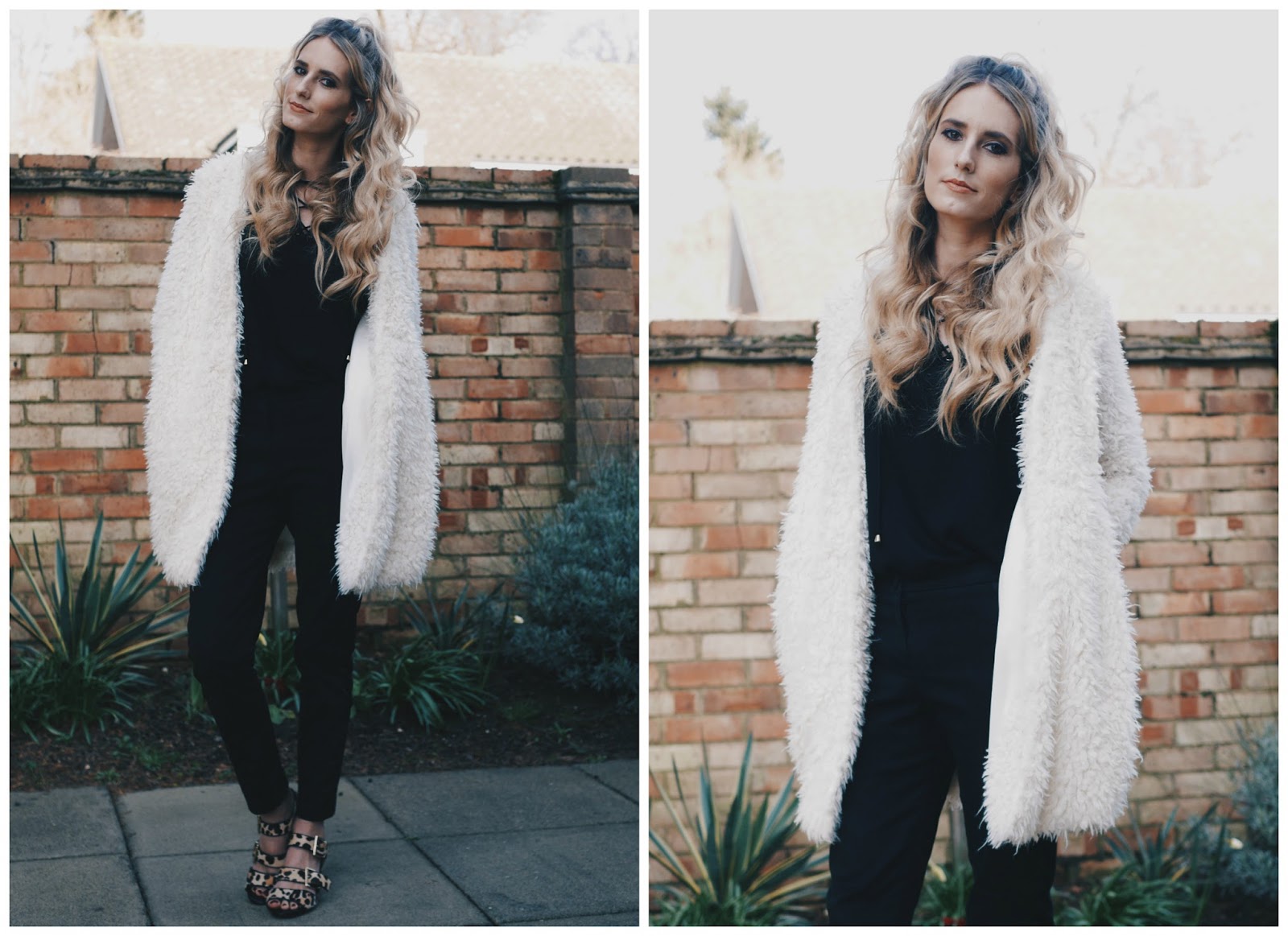 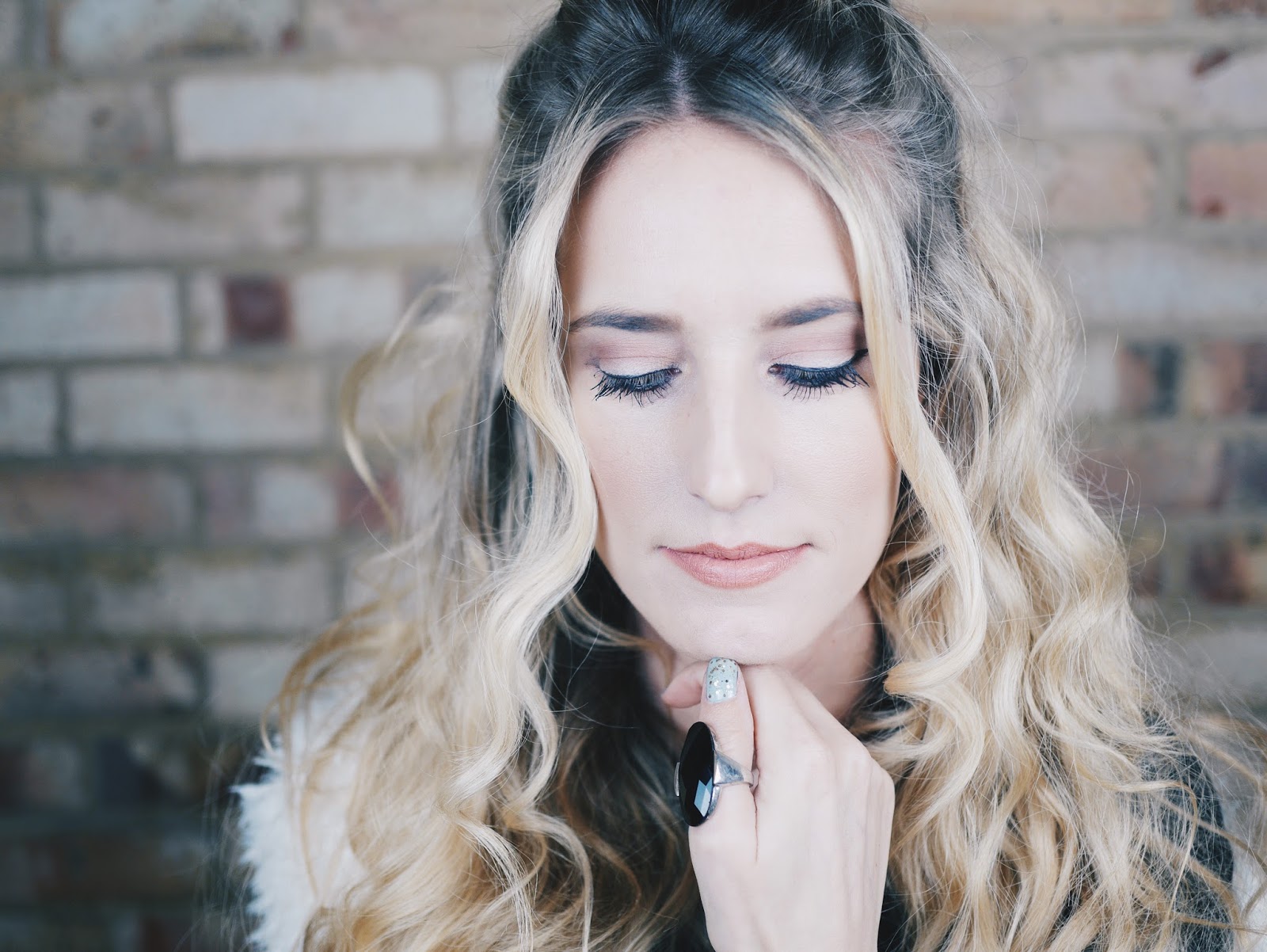 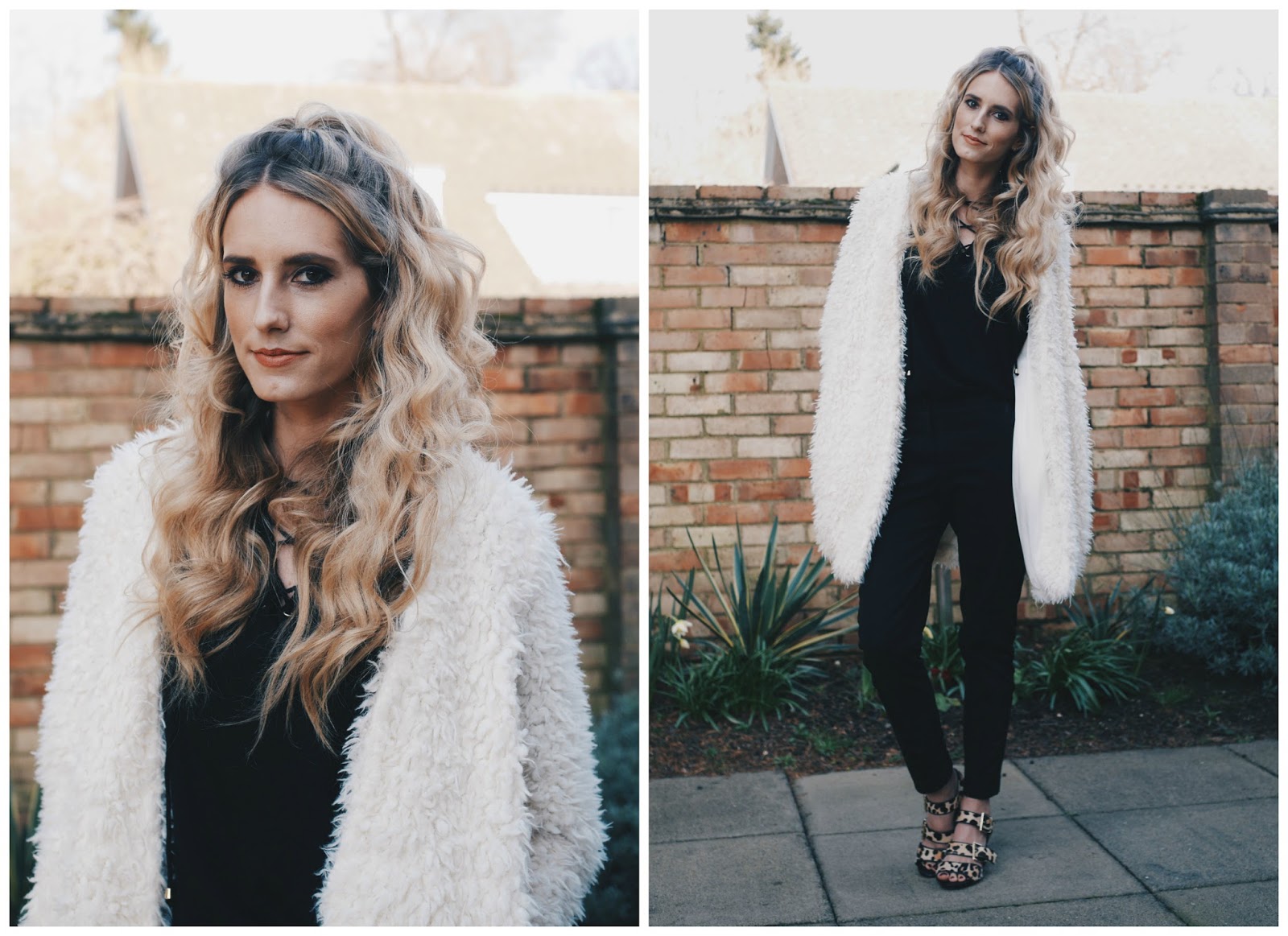 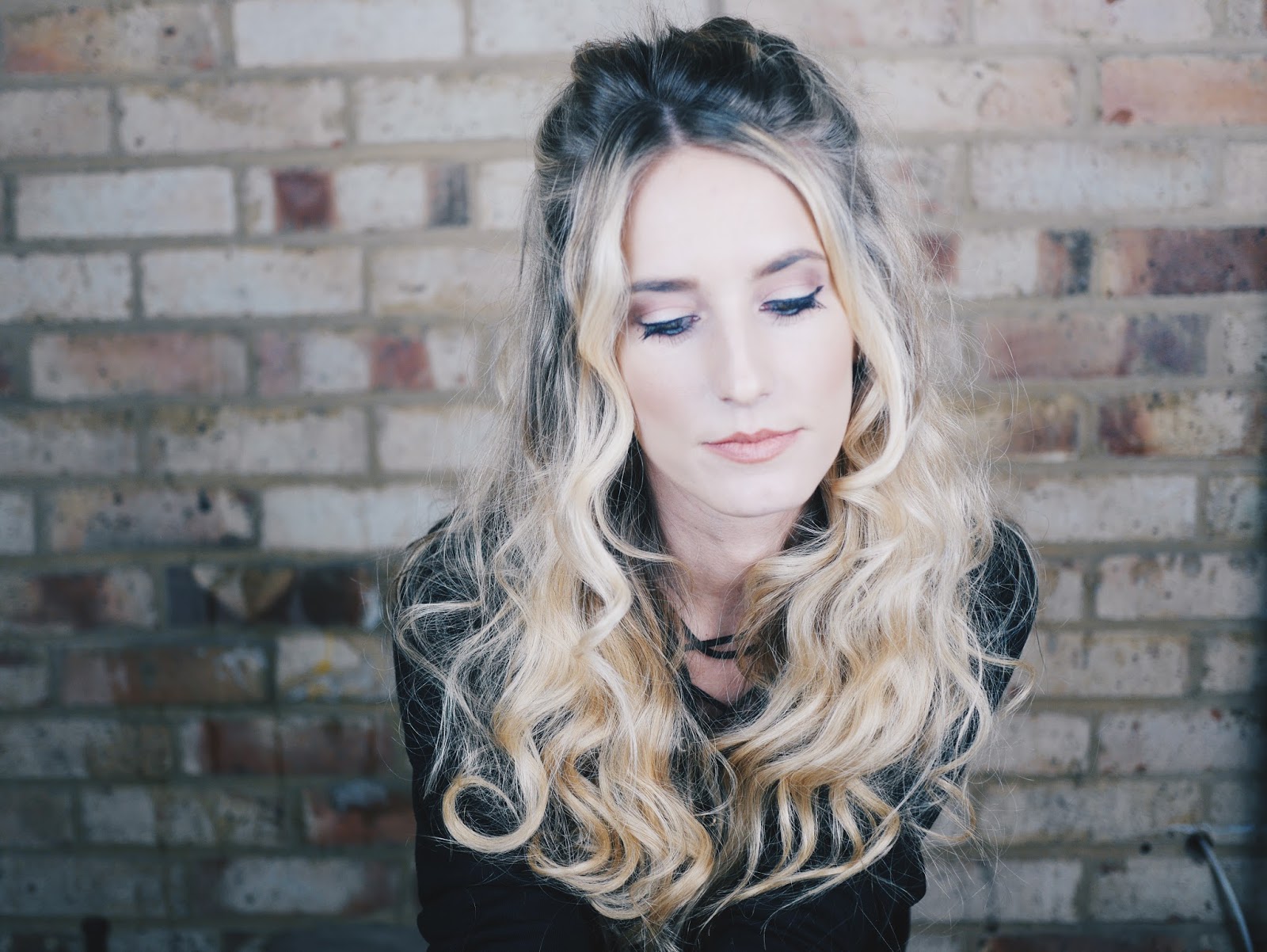 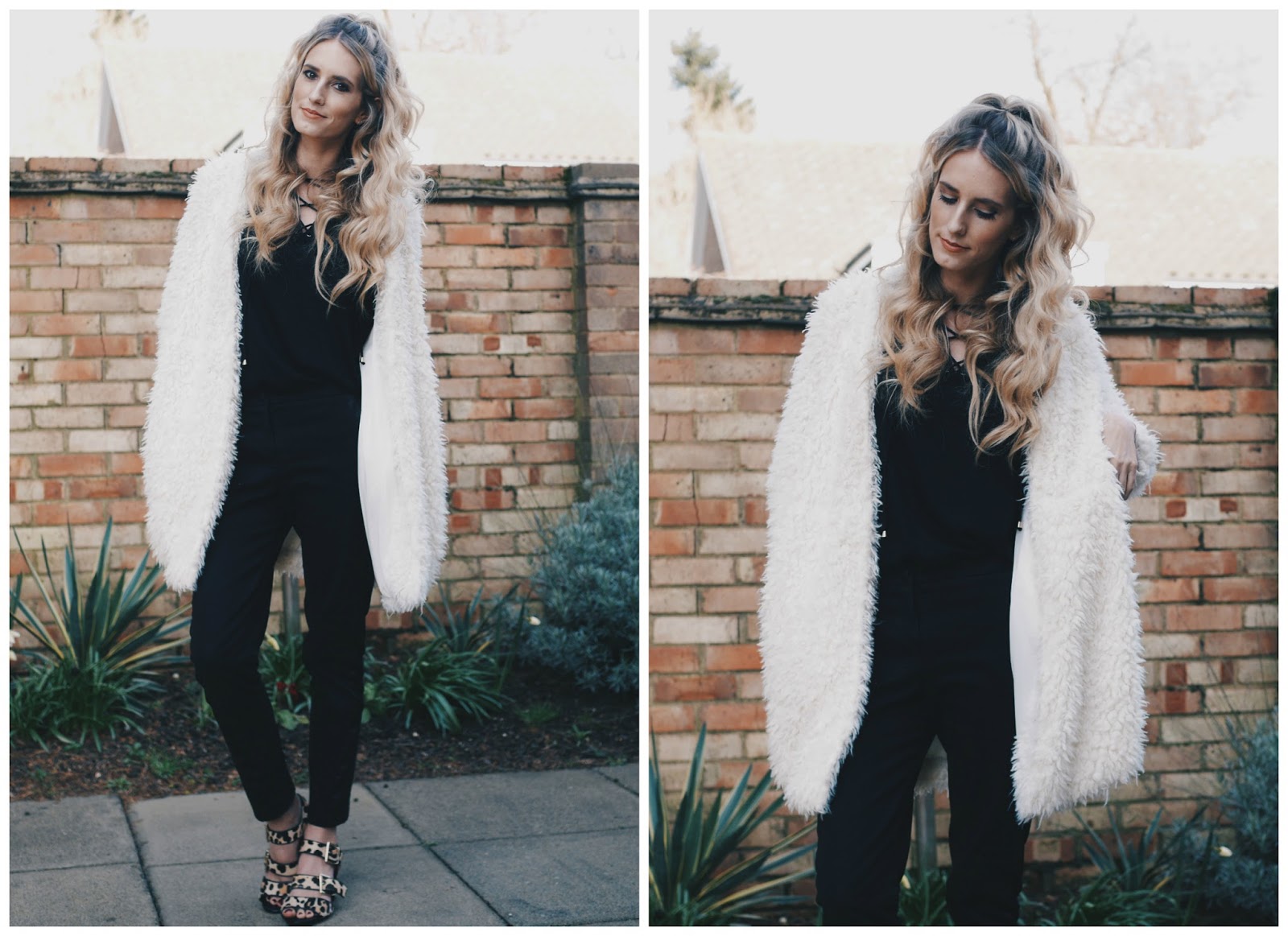 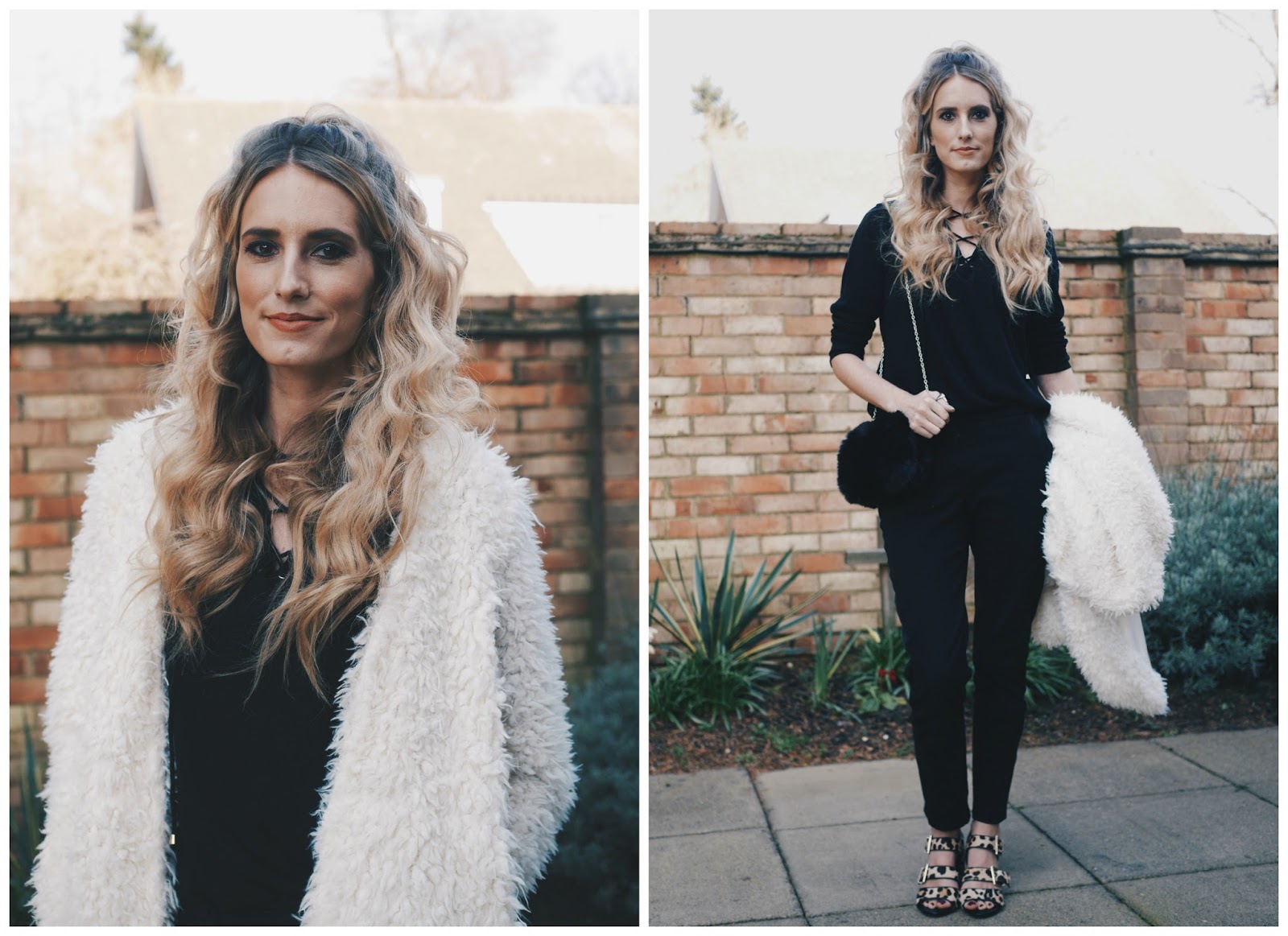 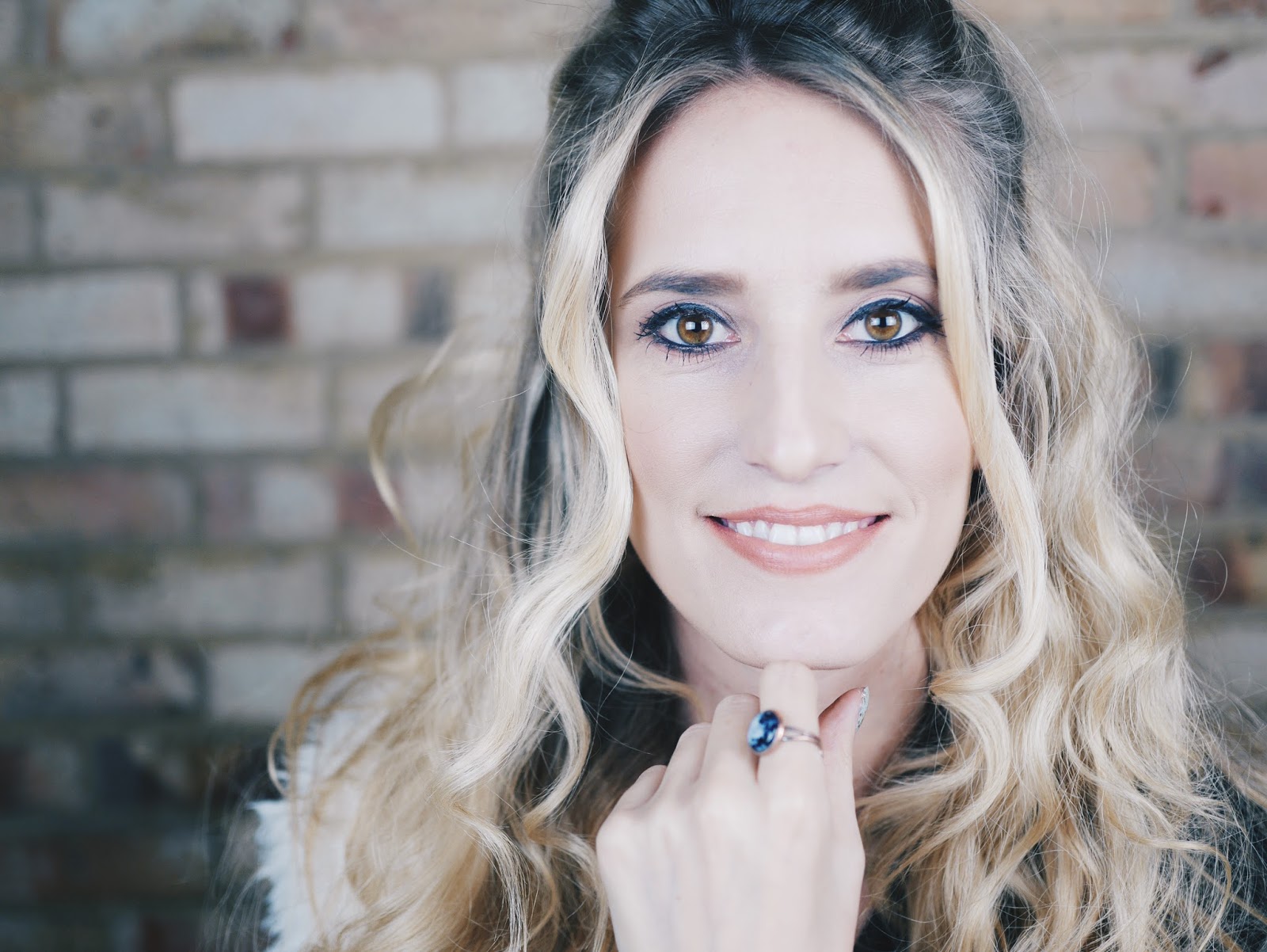 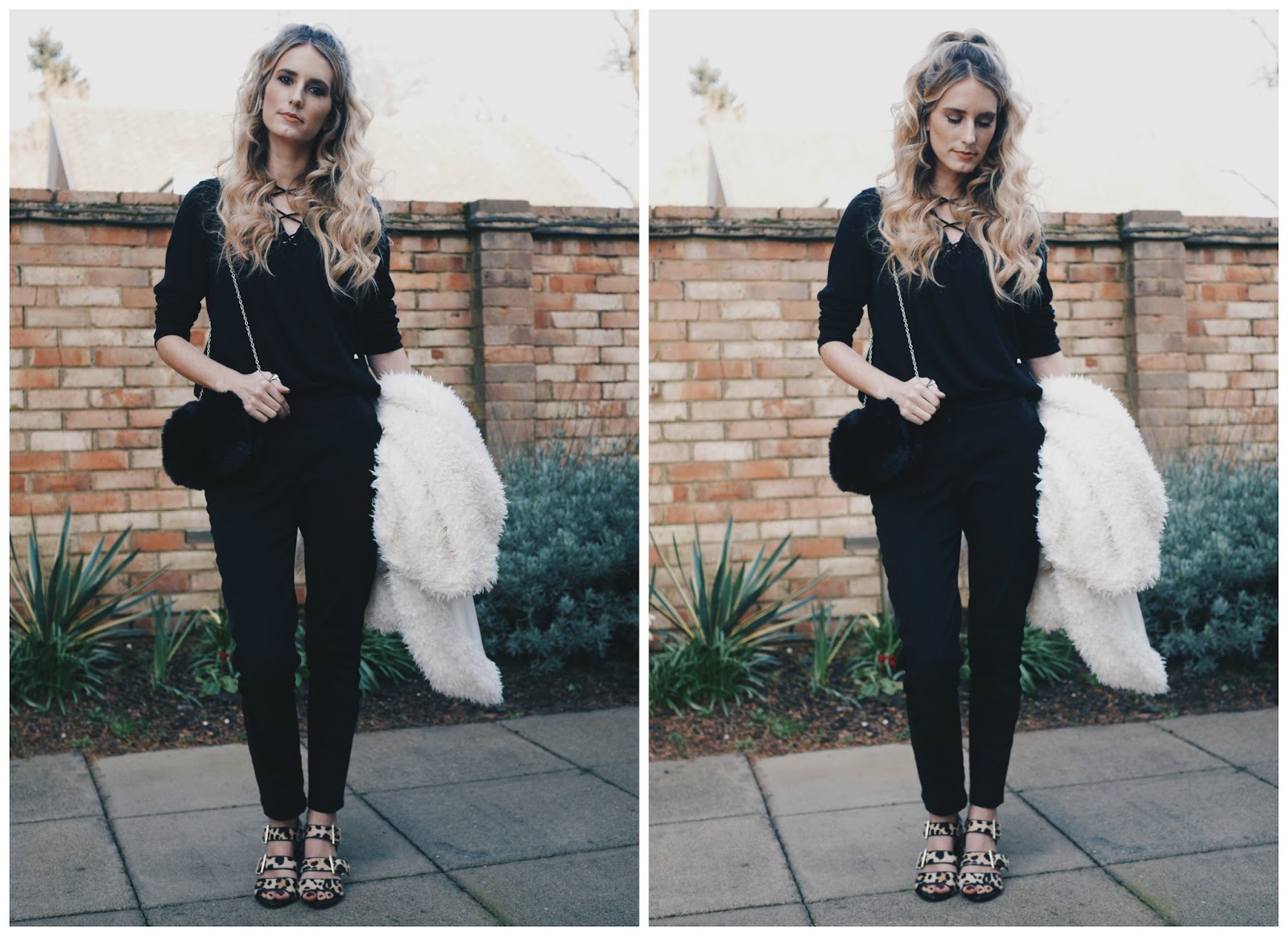