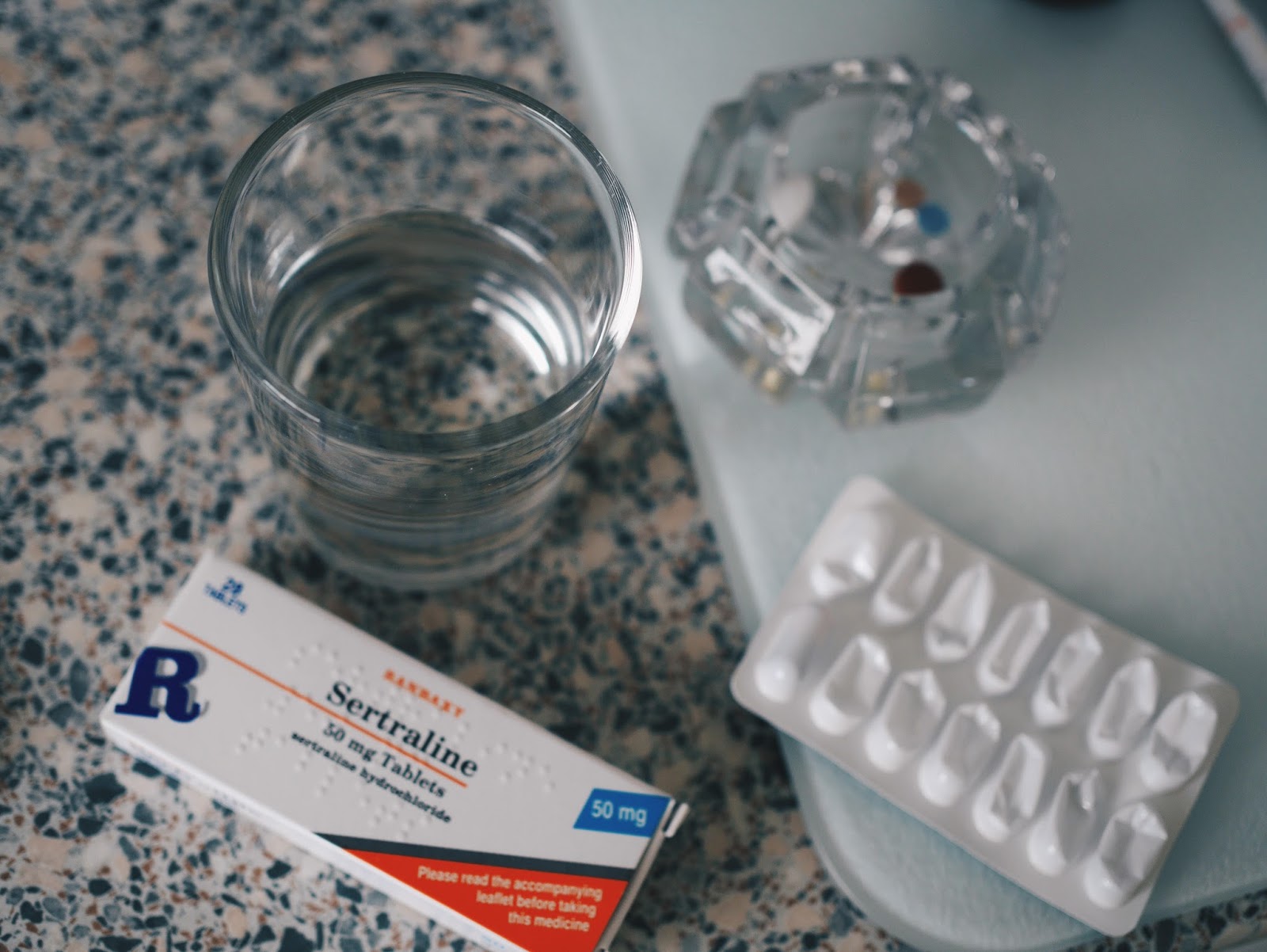 I can’t be accurate about this, and I can’t be bothered to work it out to be frank with you, but I had been off anti depressants for a while (a number of months is not into a year plus). Till last week that is.

Before I first went on anti-depressants I had always been someone that would try and cope on my own. I would rarely message someone if I was having a bad time of it, only revealing the struggle if someone actively probed me about my happiness or level of coping at said time. When so many people tell you how lucky you are compared to other people in the world, you feel selfish for feeling so unbearably sad, stressed and hopeless. You feel like any exclamation of not coping with your situation in life would deem you ungrateful, weak….even silly.

I came from a family that never openly admitted to issues related to mental health…well, until it was absolutely necessary and was probably left to fester and saturate a bit too long. When I look back on my youth, with the awareness I have due to my own condition, there were obvious moments where members of my family were teetering on the edge, if not hanging by finger tips to loose rocks.

It took someone outside of my family to push me to finally seek counselling. It was only when I was immersed in those regular therapist visits that I allowed myself to consider turning to medication for extra help. He made me realise that I had a right to be feeling how I was, that I shouldn’t feel guilt about not being able to function during this difficult period, and that it was ok to seek aid from people and or medicine. Understandably he would have preferred that I found most remedy and improvement remedy through working things out via our conversations, but was understanding about my decision to opt for chemical help as well.

I opened up to my GP about the trauma I was facing at the time, she could see I was a candidate in need, and had no qualms about prescribing anti depressants. She also prescribed anxiety and sleeping pills as she could see my lack of sleep was only worsening my depression.
The first two weeks were pretty grim due to the nausea, which is apparently a common side effect.
Once that subsided, I did notice a positive change pretty quickly. I wasn’t suddenly frolicking amongst the daffodils, but I felt like I could function a little bit better. I was suddenly coping. The thoughts that used to occupy my mind for the majority of the day, became less frequent and more fleeting. I had more control of my emotions too, there were less tears, which prior to taking the pills had been in constant flow.

At each regular GP we’d discuss where I felt I was on the scale, with help of a sequence of questions relating to how I was thinking/feeling. As soon as felt I was back to ‘normal’ , whatever that means, we would think about weening off the pills.

Although I don’t think I will ever be emotionally robust again, I remember the appointment I felt ready to tell my GP I think I was where I needed to be. I had some optimism, was able to talk about certain things without the chin wobble, and was able to cope with work/social situations that had felt too overwhelming before. I won’t say that I felt proud, that’s not it. But I did feel pleased that I could feel some progress, some change. Just knowing, that with some help from chemicals and a wonderful therapist,  that I could get myself to a point of wanting to stick around. Not just stick around…but be here, be present, and actually attempt to enjoy my time on earth.

Once the anti depressants were out of my system, I did see a few more wobbly days start to make a return. However, now I was equipped with the knowledge that I could come back from them, and that I was capable of being happy, even if it was sometimes punctuated by the odd period of difficulty. It was important to realise that I could s access the tools to put myself on the right track, not always, but more than before. It was even better to acknowledge that I was able to feel happy and joyous without any medication at all.

This month I went to the doctors about my Chronic Fatigue, as it doesn’t seem to be improving and I’ve started to feel anxious and panicked about my situation, which is flagging way behind all my friends, in every area of life . Living at home at my age, with no realistic plans to make enough money to move out due to my health…well,l I needed the Dr to either work harder to try and improve my condition or give me guidance on how I can seek funding to help me live the adult life I should be living.

As is common with invisible illnesses, the answers were pretty unsatisfactory. A lot of GP’s don’t know how to progress in terms of treatment, nor how to advise on funding for those living with chronic illnesses. She wondered whether I wasn’t seeing improvement in my energy levels because I was still being bogged down my the events that had lead to my need for the anti depressants in the first place. She questioned whether further therapy was needed, or whether something had lead me to be dwelling on things again. While she may have had a point, I know a lot of CFS/ME sufferers find it incredibly frustrating when Drs go down the psychological route.Unfortunately many sufferers have been told that it is in their head (because it’s so hard to diagnose), so any advice or cause of action that points to it being linked in this way immediately gets our back up. 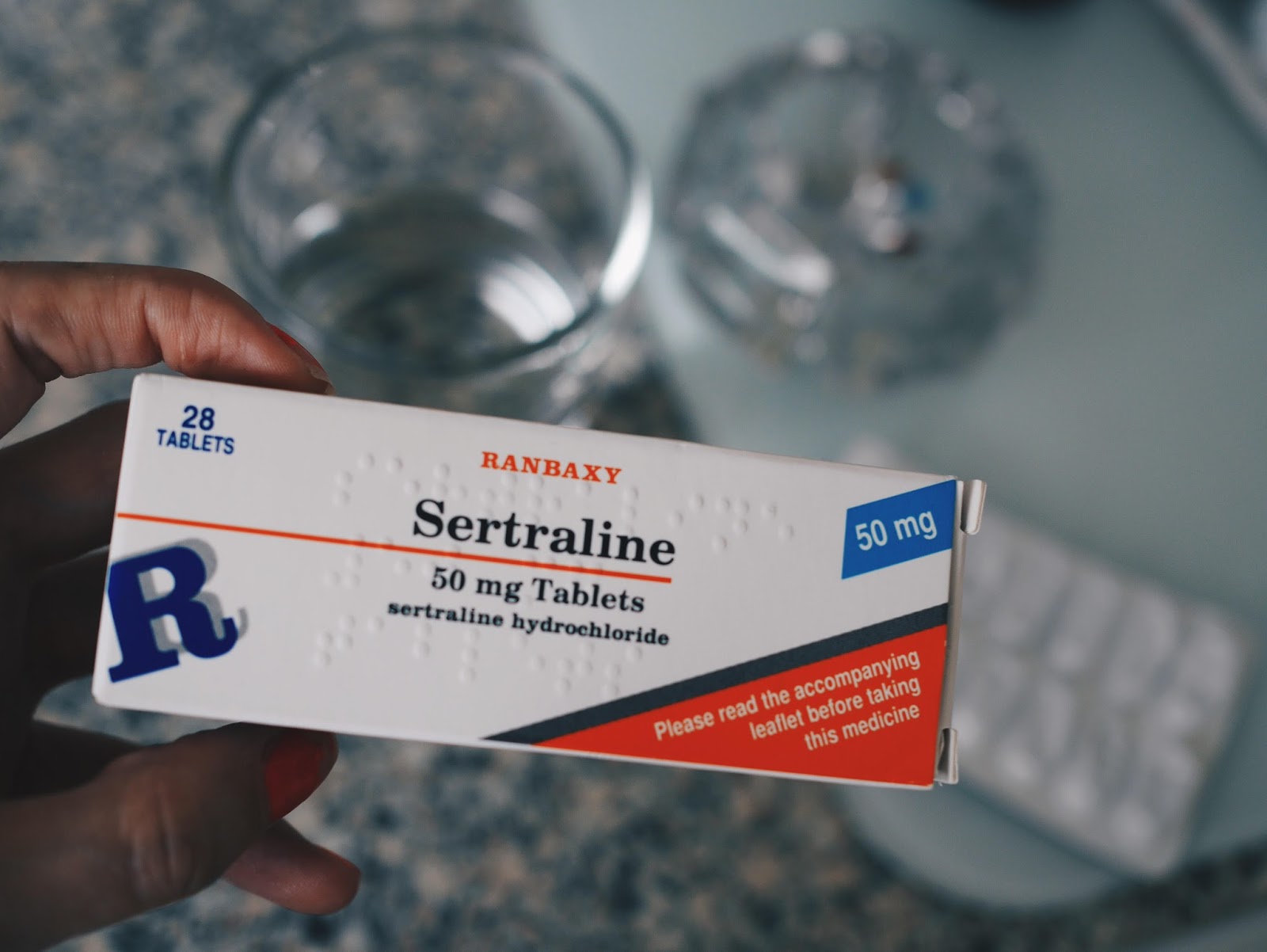 She asked whether I had found my energy levels to have gone up when I was on my first anti-depressant. I said I’d slept more and felt happier so maybe I felt slightly more alert, but I definitely didn’t feel that my energy levels had gone up by a noticeable level. She said that some people have found that anti depressants have increased their energy, so she wanted to try one that seems the most effective in this area. As she started to reel of this theory I could feel myself wanting to interrupt, my impulse was to shout out that I didn’t want to go back on them. To me it signalled a step back, a regression, a negative approach to the situation. I made that clear to her, but she pointed out that if it didn’t work we could come off them, and nothing would be lost from the experiment. For lack of another route or option I agreed, but left the room with my head bowed, creasing the green slip of paper in frustration, that hand on the end of an arm limp with failure.

I mulled it over a couple more days before I took the first pill. I was never going to ignore the Dr’s advice, but I just needed some time to get used to the idea of being ‘on antidepressants’ again. The nausea was almost immediate, but far worse than my previous experience of the side effects.
During the first few days I’d returned to the surgery due to a recurring infection, so was on anti biotics too. I was also riding the crimson wave. Bad luck comes in threes right??

Four days in, I’d had another awful night of queasiness, and knew it would be another day of not being able to do any work. I knew it would likely fade in two weeks, and I would normally put up with it,  but with my trip to New York a few days away I was starting to worry. Flying in this state would be nothing short of horrendous. I got up to go and have a shower and felt incredibly dizzy. I had to fall to my knees on the cold bathroom floor with my face hovering above the tiles. The wreching began, and mum rushed in to see me. She said, ‘you can’t carry on like this’. I couldn’t even string a sentence together in reply, just a series of anguished groans and cries. It wasn’t long before I felt tingles in my arms and legs and I had to lie down on the floor. My mum asked if she needed to call drs/hospital…I didn’t know how to respond, but I knew I was scared. My hands then spasmed and became stuck into a witchy claw that I couldn’t force out. In the end mum and dad scooped me up and helped me to their bed where dad massaged by hands to get them out of the cramped position they’d formed into.

Once I lay down I recovered fairly quickly. But it was clear I couldn’t go on like this, so called the doctors to talk about my options. Luckily as I was only on them for four days I could stop taking them immediately. However the GP I spoke to told me she would have started me on half the dose I was on, to ease me in. Quite worrying how different the approach from GP to GP is – it doesn’t exactly fill you with confidence and assurance.

So, once again, I am off antidepressants. However when I return from NY next week I am expected to go back on them again, albeit with the new halved dosage.  I’m sure I’ll feel a lot better with this gently gently approach to getting back on medication, but I can’t help but feel anxious given the events of the last week.

I don’t know why I wanted to write this, or what I wanted it to express exactly. I think I wanted to reiterate that anti-depressants shouldn’t always be the the first approach to dealing with mental health, because everything you put into your body comes with risks. You never know how you will react to anything new or foreign that enters your system. In an era when Dr’s are apparently giving out medication all too easy, or to inappropriate candidates, I wanted to draw attention to the fact that swallowing a little pill isn’t necessarily the easiest or wisest option. That said, I also wanted to tell anyone else who has been prescribed them, or yo-yo’s off/on them, you haven’t failed and you’re not weak. You’ve been strong enough to admit you need help, and you are doing something to try and improve your situation.

You are helping to shape your future…one that is hopefully calmer, happier or more fulfilling. We may not have the answers yet, but we are on the quest and that’s a start.

Sending my love to others that are struggling through life. Keep going….it’s worth it.