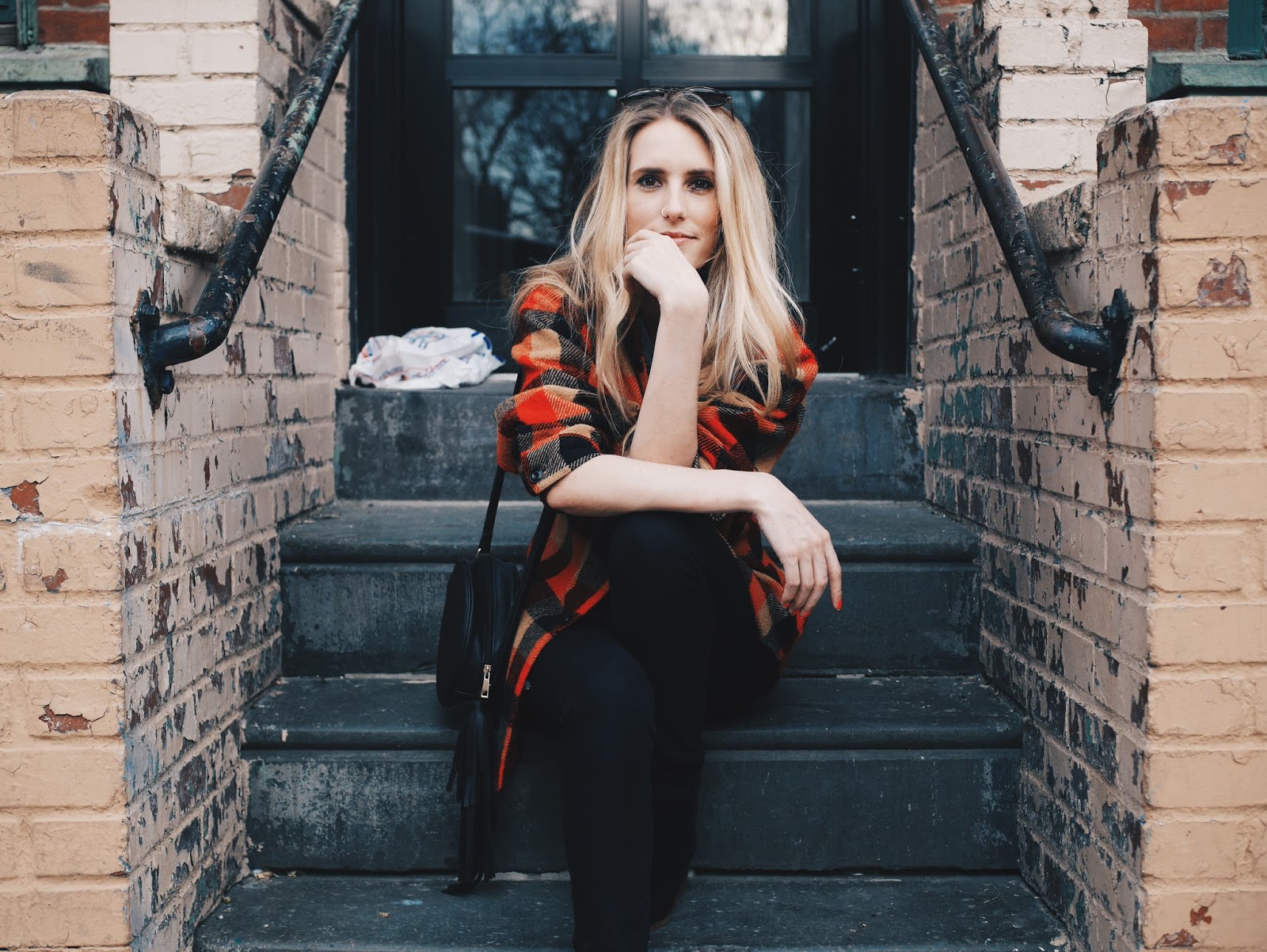 So it’s Sunday afternoon, and I’m in bed, with my laptop resting on my ovaries, some fizzy laces half in my mouth half draped on my collar, and accompanied by a soundtrack of a Liverpool FC. It’s well and truly back to reality, after my week in the city of iconic movie imagery. I had hoped that I’d be coming back with oodles of blog content that I could upload for weeks after.

Due to my Surrey location, lack of transport or anyone to take pictures, I’ve always been rather embarrassed about the stale nature of my normal outfit posts – the majority taken with a timer and tripod in my garden. I thought a trip to NY would be perfect for upping my outfit post game and delivering some achingly cool blogs and lookbooks.

Then I remembered the intinital point of this particular trip. I’ve been mentally planing this trip for over two decades, and this was my time to actually tick off all those destinations, activities, sights and tastes that I’ve been imagining and living through everyone else for so long. I would finally feel like I was character in one of my favourite movies or TV shows and be able to find the recognizeable spots featured in so many scenes and ‘meet cutes’. This was not a week for worrying about or concentrating on work, content, nailing a shot and capturing absolutely ever moment to show everyone else. As long as I and my fellow NY crew captured it for our own memories, that would be a success.

That’s the other issue. This trip wasn’t just mine, I was sharing it with my bf Simon and another couple, Fraser and Zoe, who we would be sharing a Brooklyn apartment with. 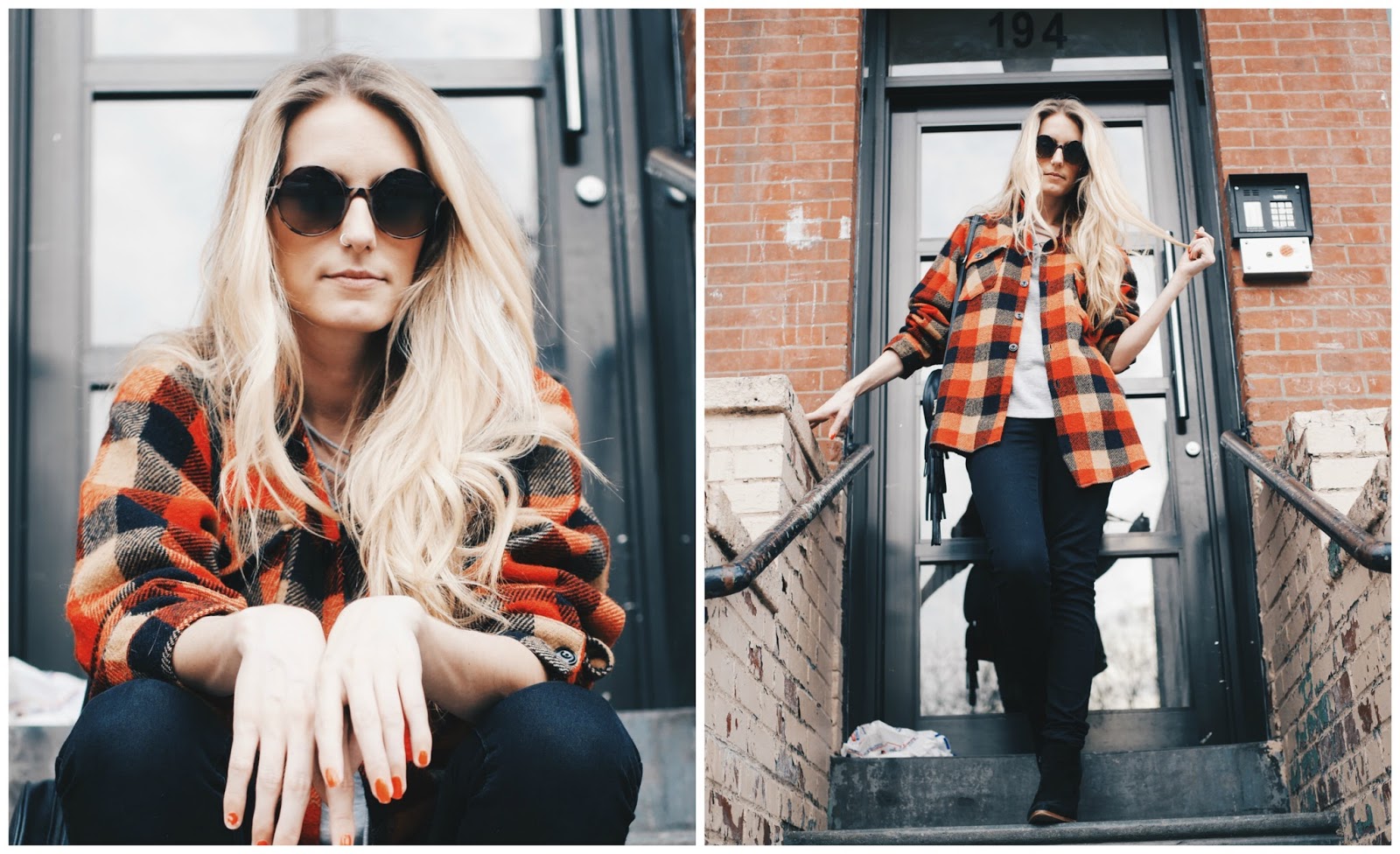 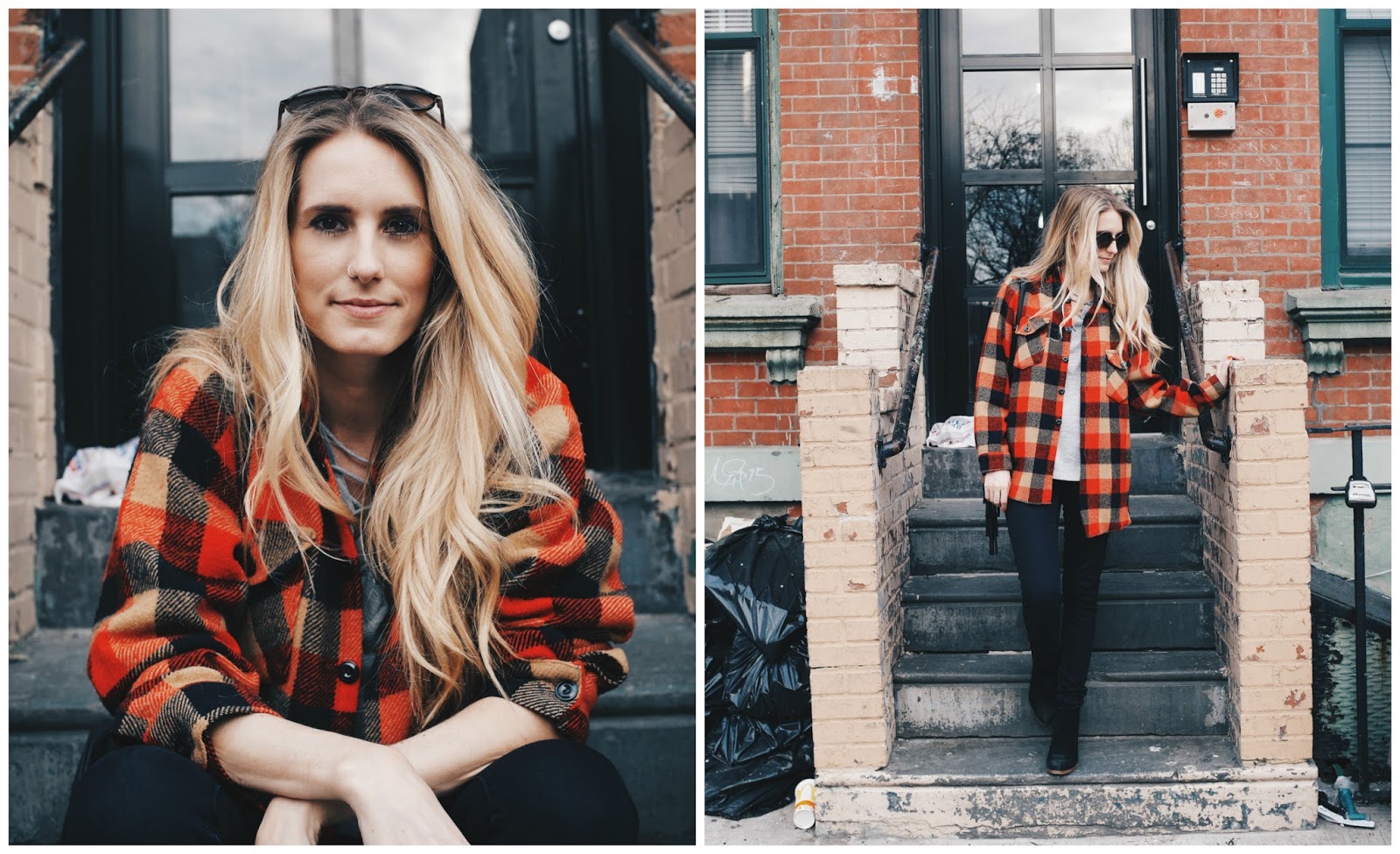 I loved that I would be able to share these memories with others, and that we’ll always be able to look back at the time we spent together in the Big Apple. I didn’t want their memories to be tainted nor littered with annoyance due to me being consumed with vlogging or blogging each moment.

For non bloggy people holidays are a time to switch off from work, to fully separate themselves (well as much as can when Wifi is still available) and to feel freed from the shackles of stress. It’s bad enough we bloggers force our partners to take Instagram/blog shots or film lookbooks, but to put others in the environment of this sort of activity is also unfair. We bloggers and YouTubers can get so consumed with making the most of our environments and situations in reference to creating good content, we can forget how our behaviour effects those around us. I can’t help but feel we are a bit selfish sometimes, and it’s something I constantly keep an eye on and try to keep in check. I’m sure at times I get the balance wrong, but I am trying and that’s gotta count for something. 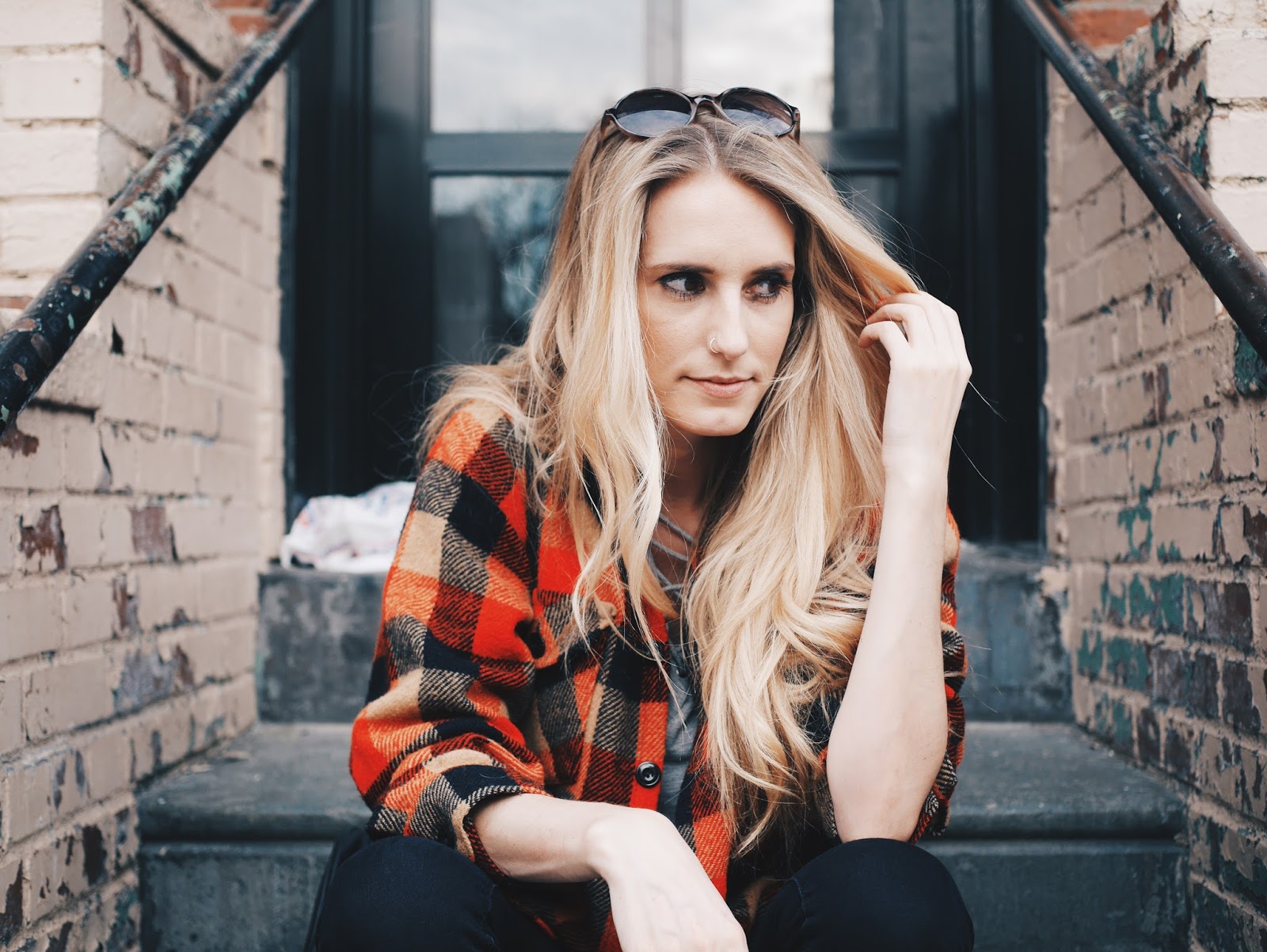 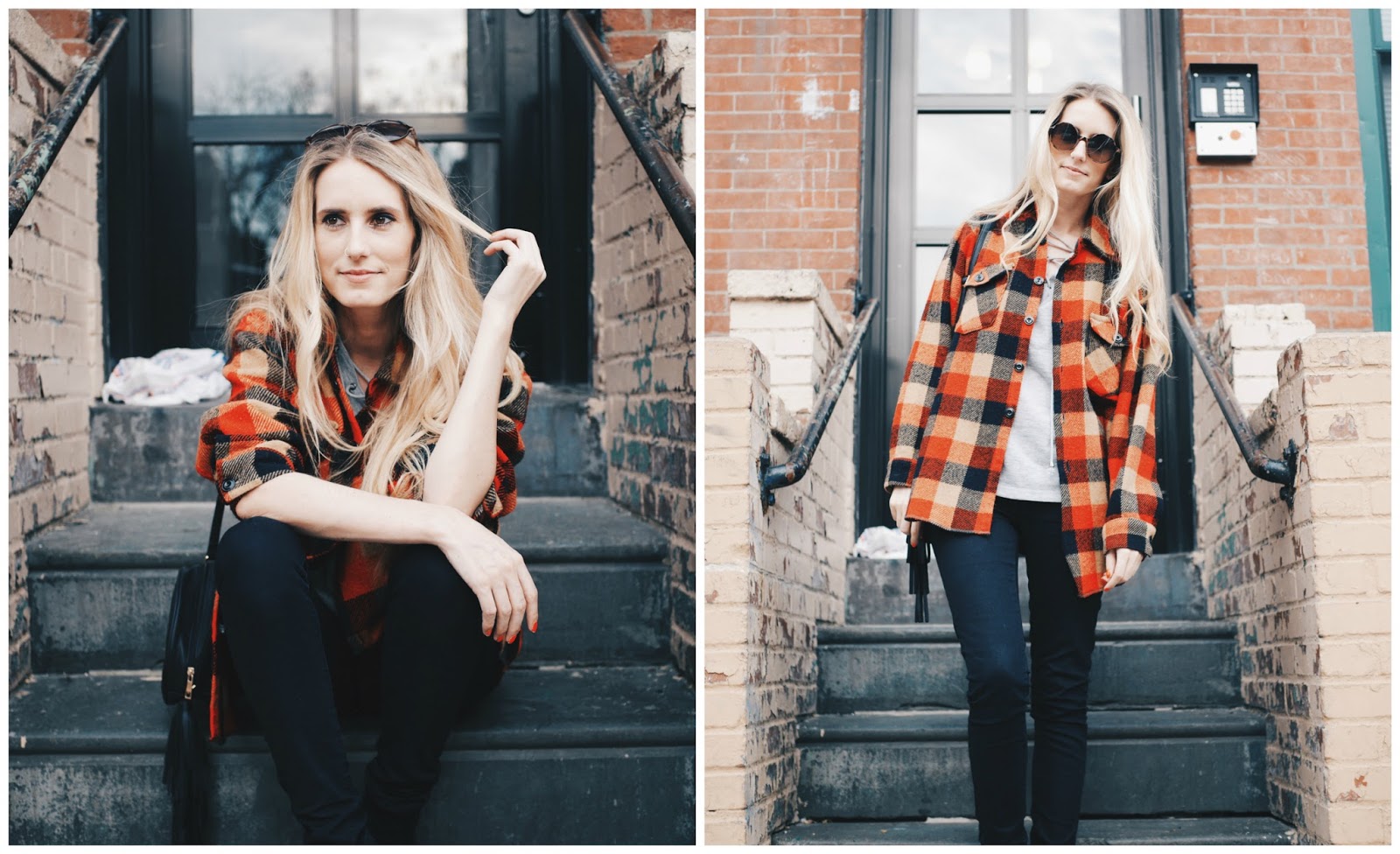 Witnessing us (the blogger) in work mode has a negative effect on our holiday mates ability to fully embrace their time of work, it serves as an unwelcome reminder that there’s stuff they could be doing too. Being on a different page about what we want the week to deliver can mean you lack synchronicity as a group too. Then there’s the whole issue of making people uncomfortable. Although I still find vlogging and posing in plublic quite awkward, due to the frequency I do it, I am still more comfortable than my non bloggy friends. I am very well aware that when I have my camera or phone on record that many of friends want to make a retreat and you can see some of them clench almost instantly. It’s not fair to put anyone on edge at any time, let alone on their holiday, a time of supposed relaxation. 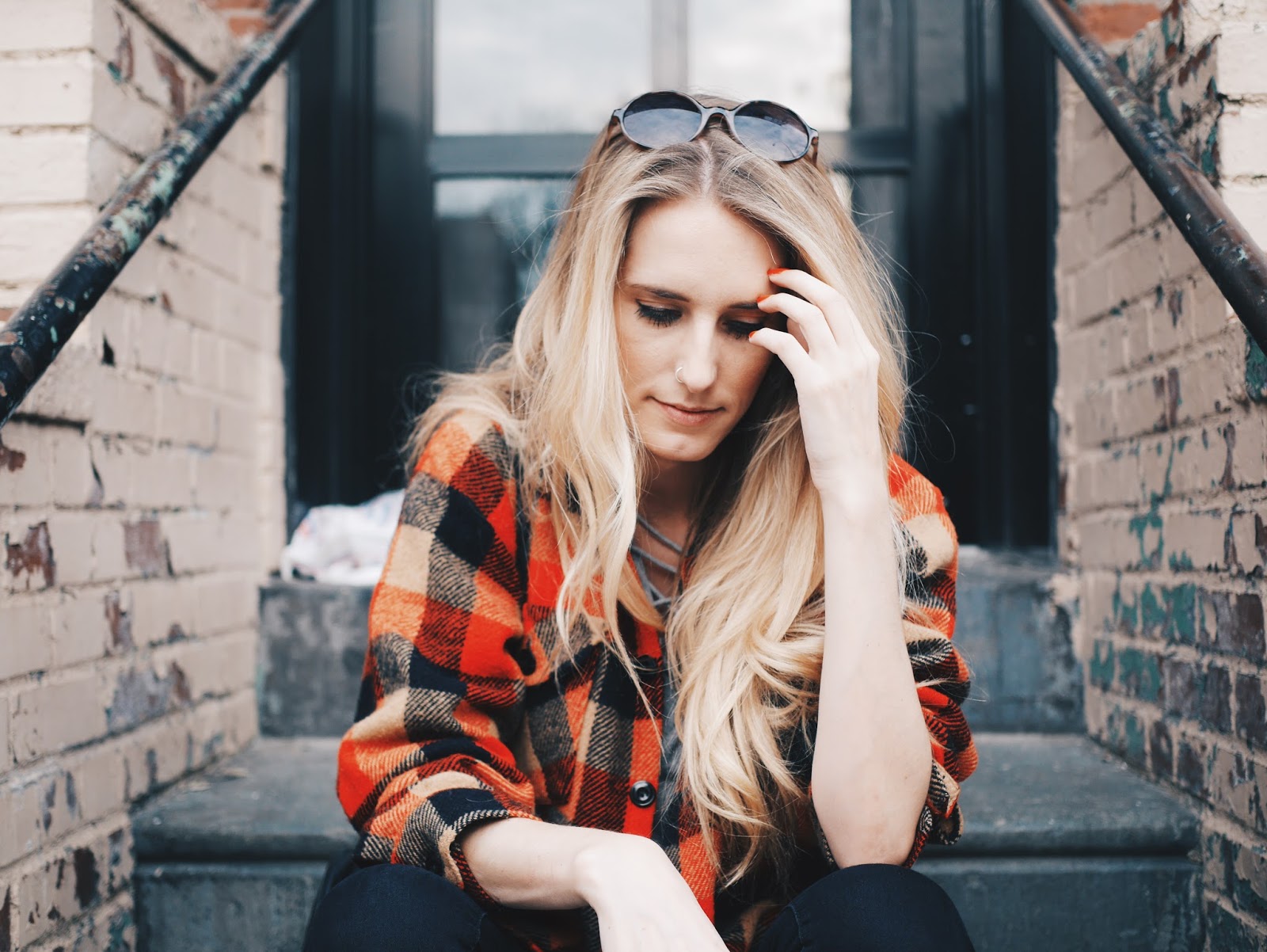 And then there’s the assumption that your holiday mates would be happy to have the trip not only documented but then aired on the internet via YouTube or Blogspot. I’ve bcome accustomed to oversharing so it’s of no issue to me, but there are many people I know who like to keep some stuff for themselves, and that should be their choice. 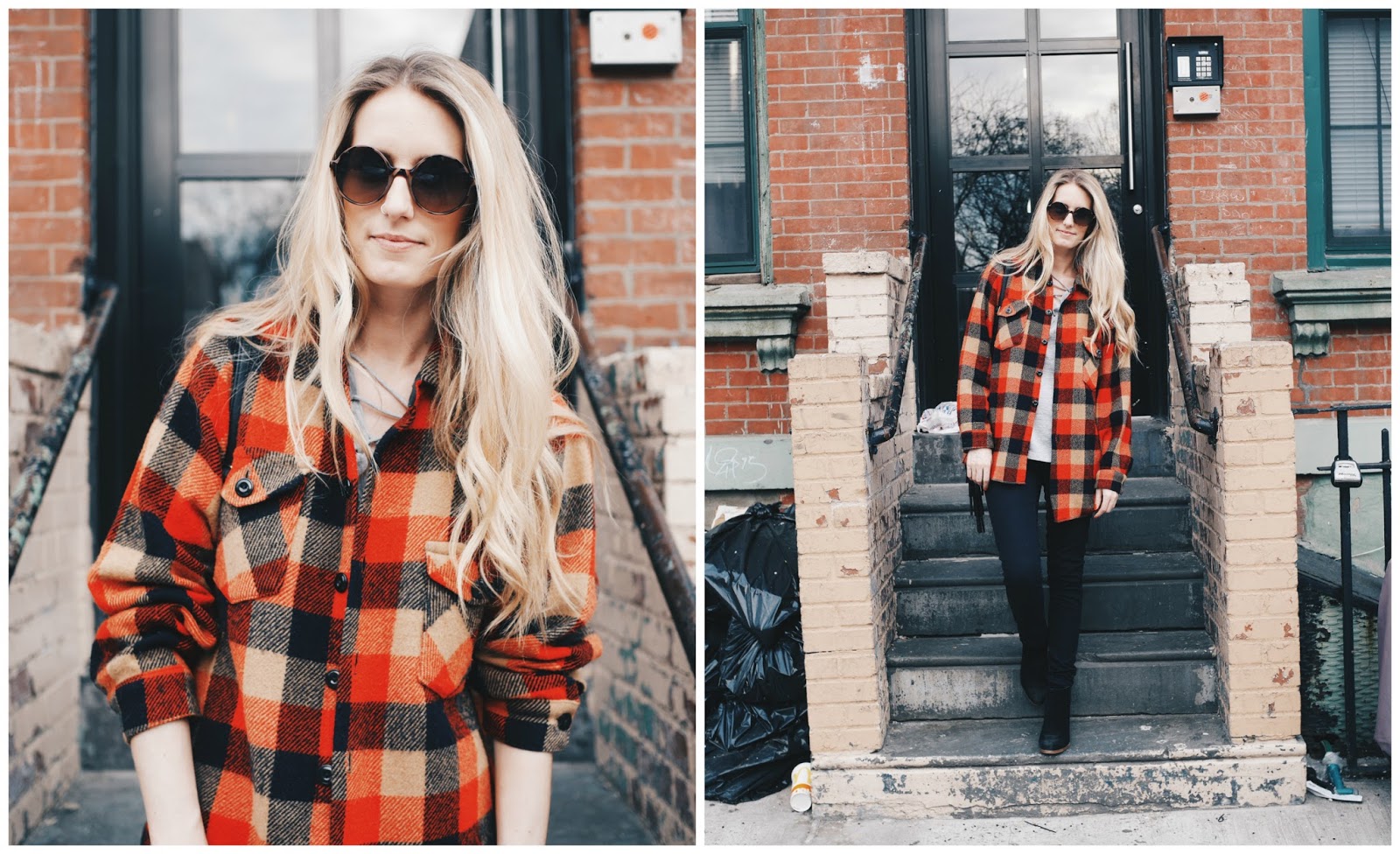 So at the beginning of the trip, and prior to on our holidays Whatsapp group, I made a point of requesting that they speak up if they don’t want me to film something, or to just tell me if I was getting on their wick in that department. I’m not sure they’d ever say anything as they’re firghtfully nice people, but I still felt better that I’d said it so they knew that I was aware of how annoying us bloggers can be. 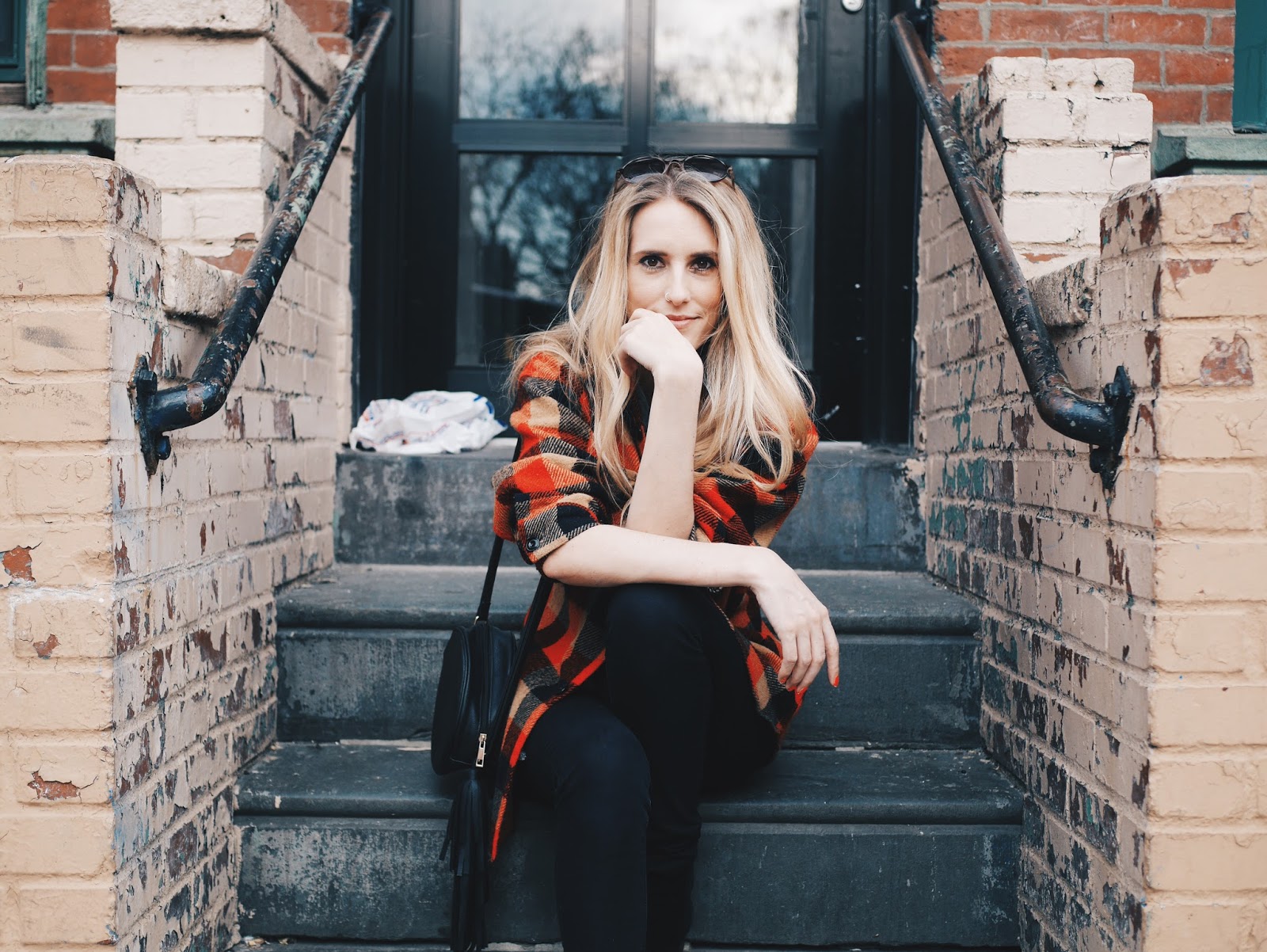 We had a hell of a lot to tick off during our week. I didn’t want to halt the troops or ruin the momentum by insisting we stop or pause to film or take some posed photos either. Luckily all of us enjoy taking pictures, so although style posts are limited we have come away with lots of pictures of this wonderfull city which will help us relive this time… and I’ll also have some decent instagram fodder. 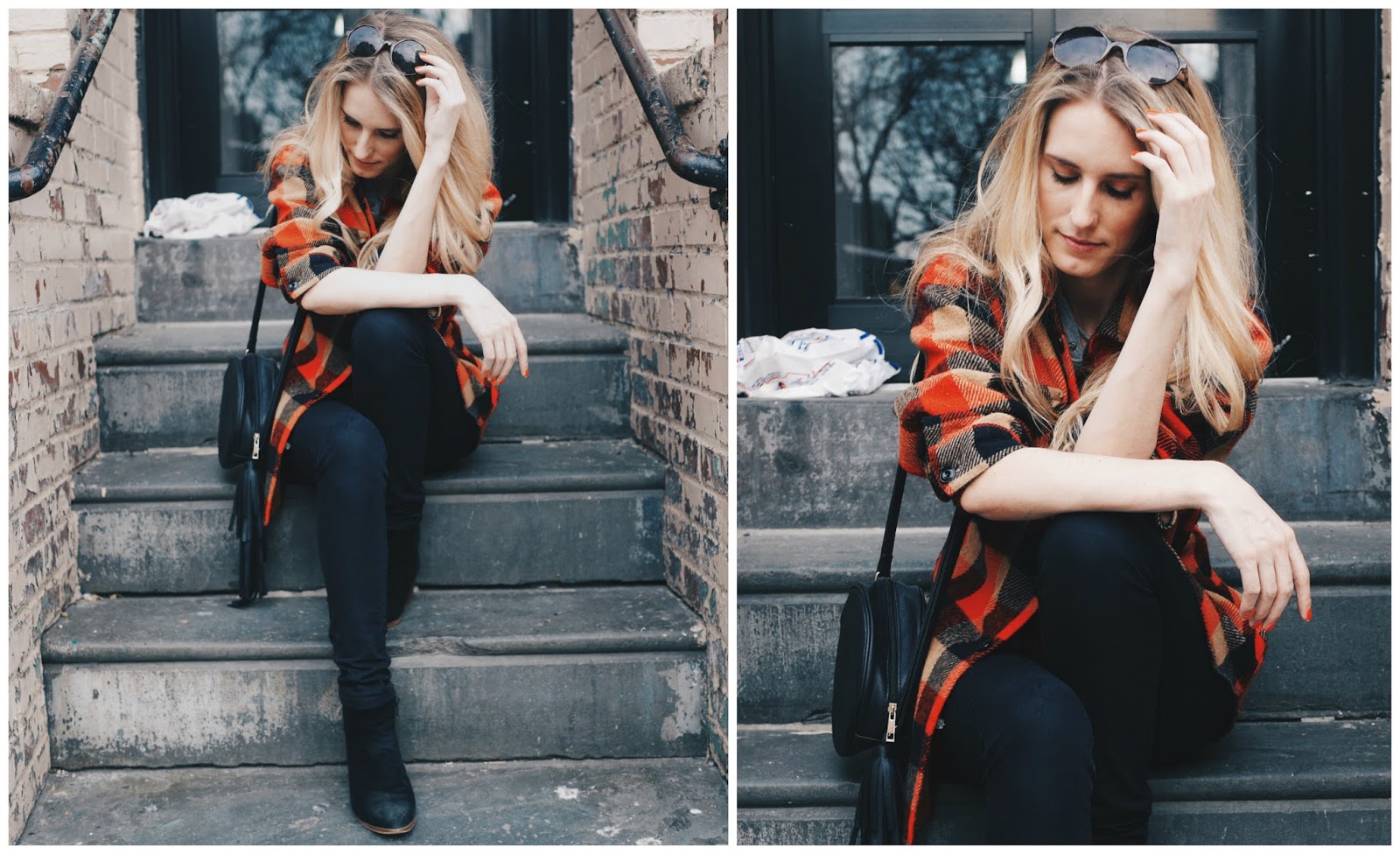 Once again I’ve gotten sidetracked away from the style notes of this post, but I just wanted to make it clear that the prominance of this trip definitely wasn’t work, so don’t be expecting too much from my upcoming posts!! I’m far more likely to regret not getting to see more, than wishing I’d spent more time curating good content to tell people I saw something. So you’ll see some vlogs, but they will be rough around the edges and there probably won’t be enough sleek footage to make up an artsy lookbook I afraid.

So I fitted in this little session of posing after we left Beacon’s closet, a fairly sizeable vintage store in Williamsburg. Zoe and Fraser have far more impressive stamina than us,  so felt robust enough to continue shopping and drinking in the area. Si and I were in dire need of the horizontal life, so booked an Uber to take us back to our apartment. 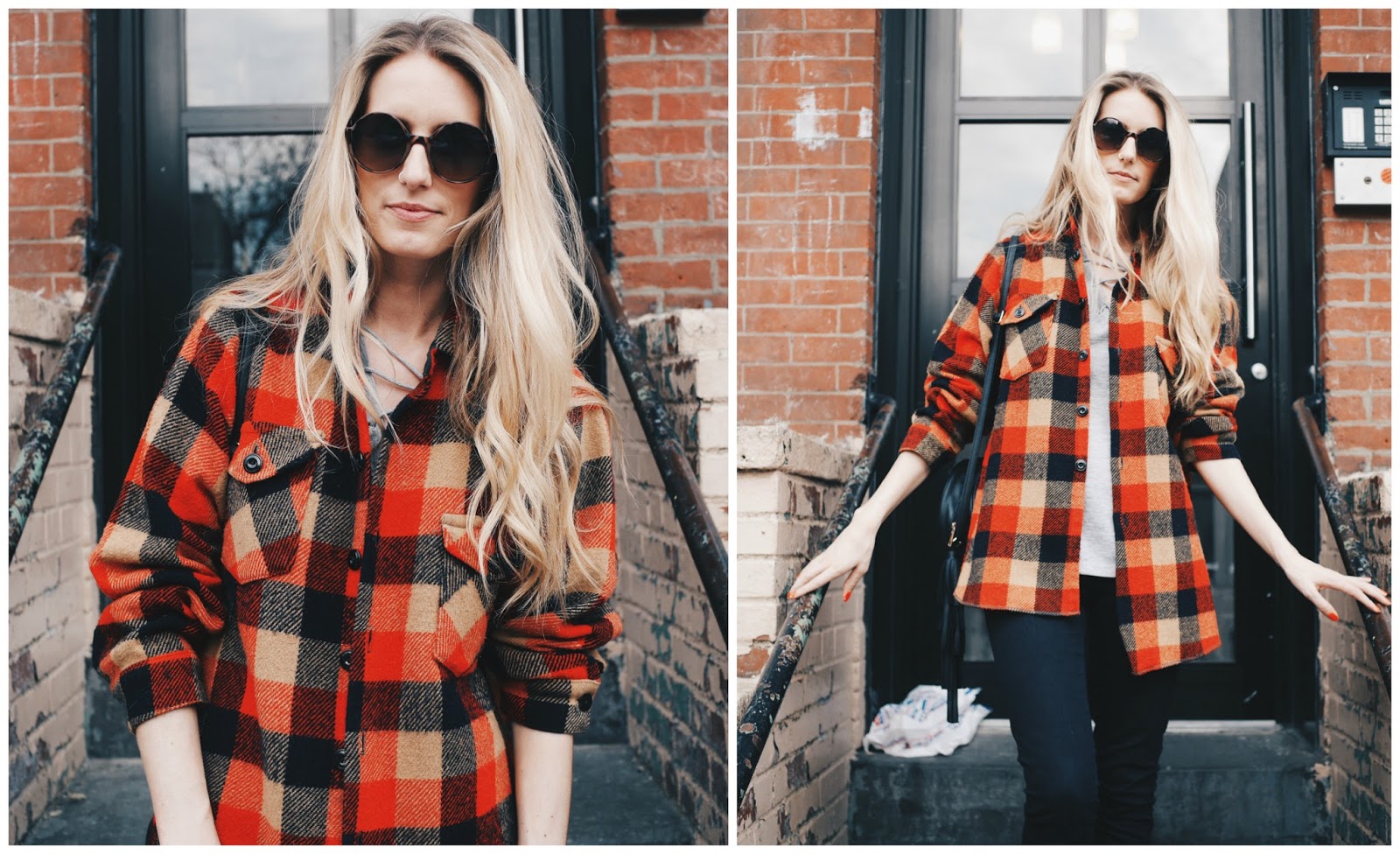 It was our first full day in NY, having arrived late the night before. I had been too tired to shower in the morning (with my hair its a massive effort to even think about washing), so there was a section of my hair that had become completely matted (you can see that clearly in Vlog 2 on my channel now). I had opted for comfy (most of my holiday wardrobe would fit into this catagory now) with my loose lace up grey top from Primark and jeans with an elasticated waist band (for NY portions). It was clear fairly on in our trip that we’d all packed completely wrong. It had been -16 in NY a few weeks prior so we had packed catering to cold, if not freezing climates – I’d even invested in some brand new ear muffs for goodnesss sake!  Day one it was 20 degrees, but this ensemble was as summery as my suitacse could deliver and I had no money to buy some cooler alternatives in NY. 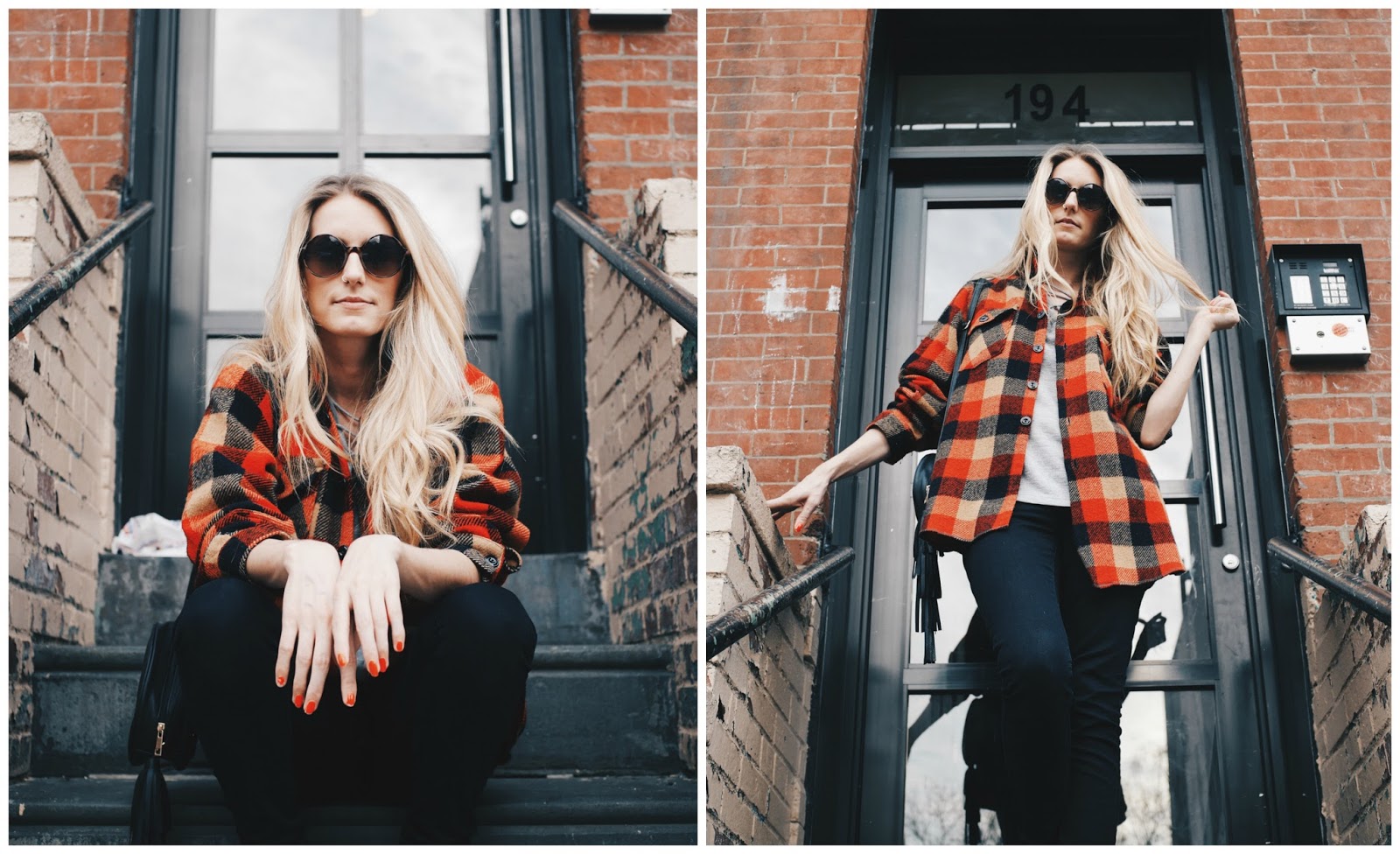 This would be a drive by shoot style of outfit post, just a few snaps on our stoop before crawling and groaning up the four floors to our level. This was not a well thought out showstopping outfit. This was comfy holiday wear with a new purchases popped on top, whether it worked stylistically or not.

Si actually found the vintage flannel in Beacon’s closet and instantly knew it was for me. I had been coveting a very similar one in Forever 21 recently but had waited to long to purchase and ended up missing out. The bright orange with the muted tones make for my ideal colour combo. It’s funny when it comes to flannels I can have a very strong and instant attraction. By some weird coincidence I had orange nails which were perfectly in tune with my new purchase. 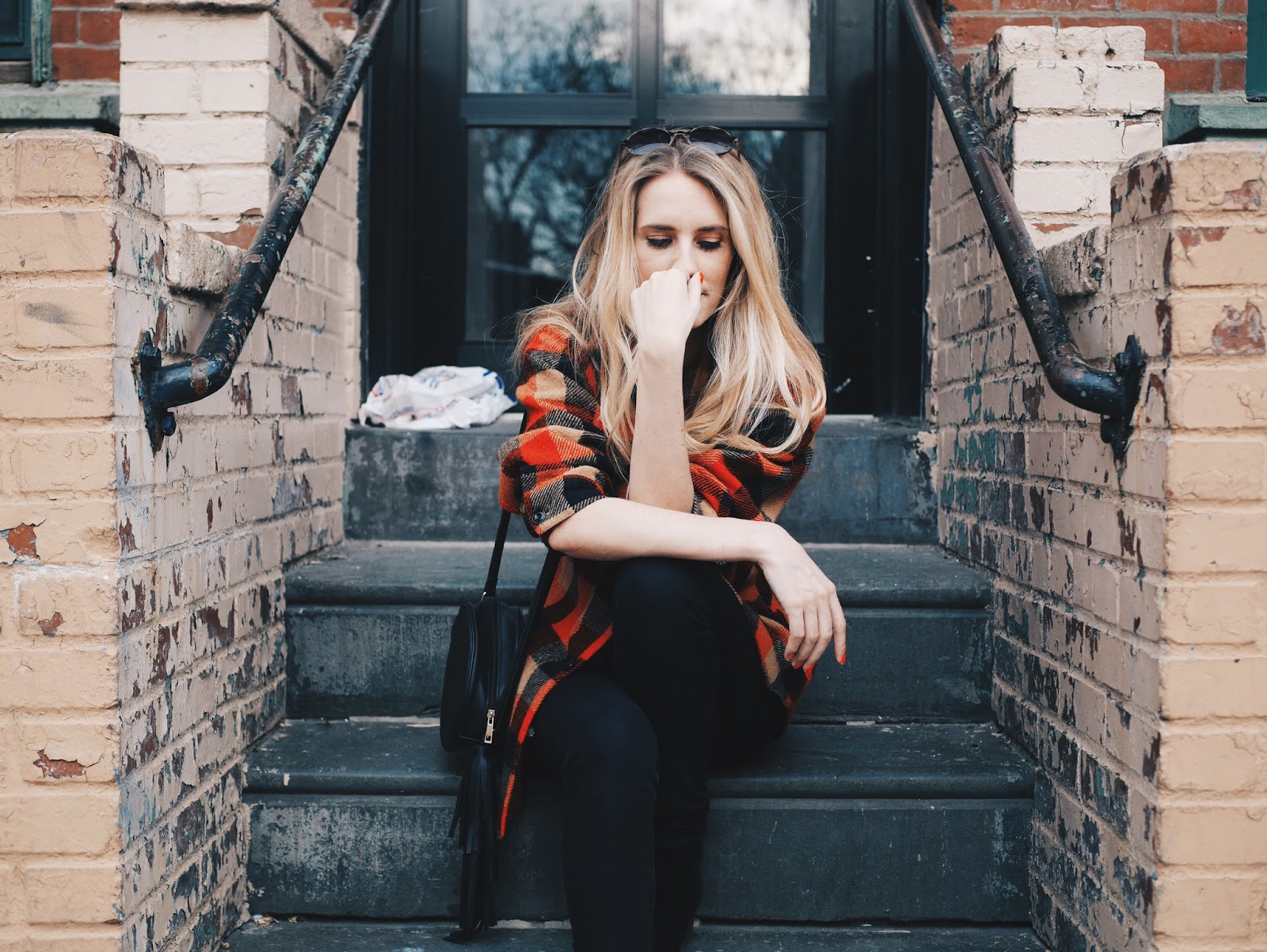 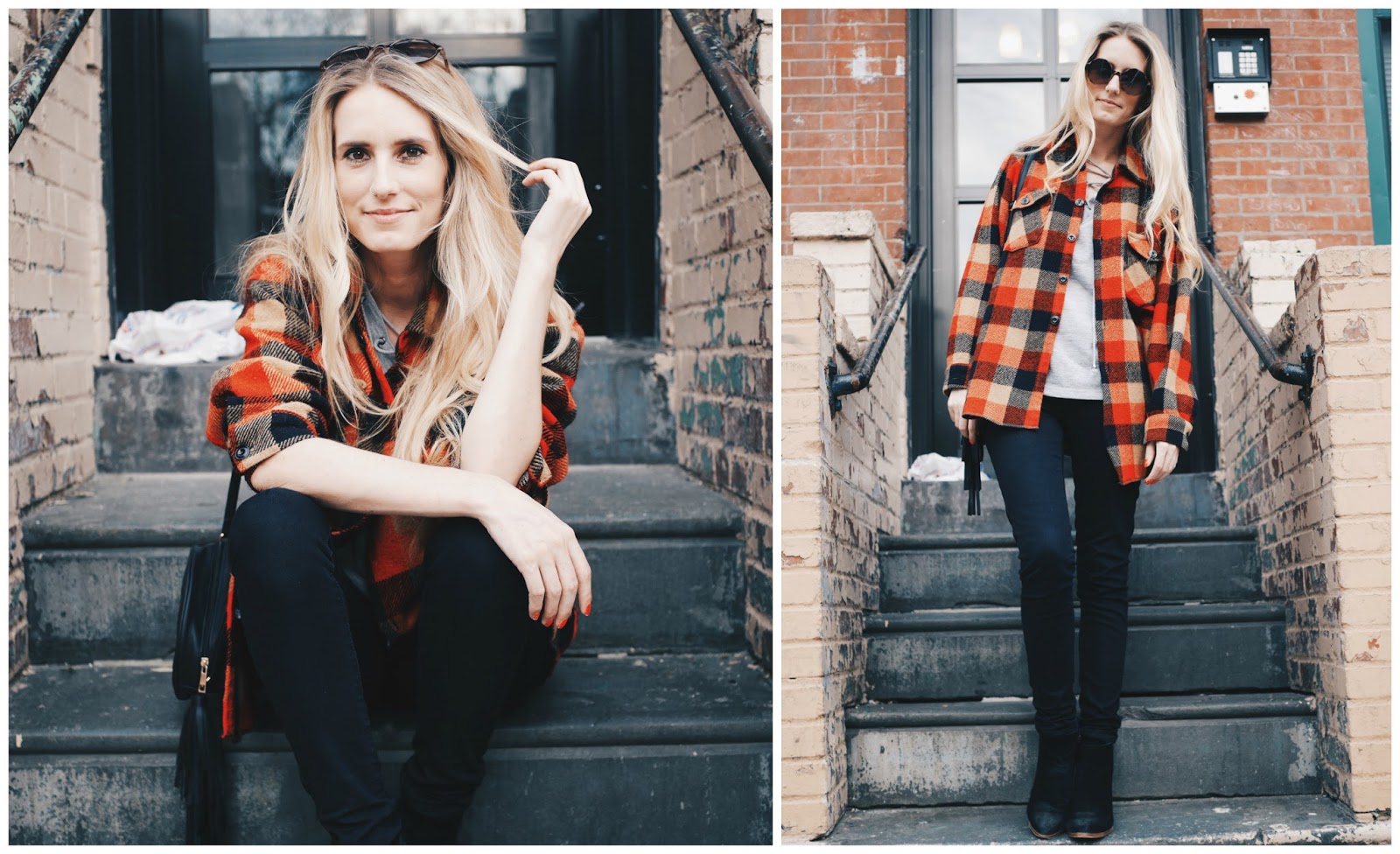 So yeah, that’s one outfit I wore day one in NY. Not particulrly exciting, but I didn’t want to eat into any of my sightseeing time farting about with what I was going to wear. I was comfortable and able to walk around the city to the best of my ability, so in my eyes it succeeded in it’s role.