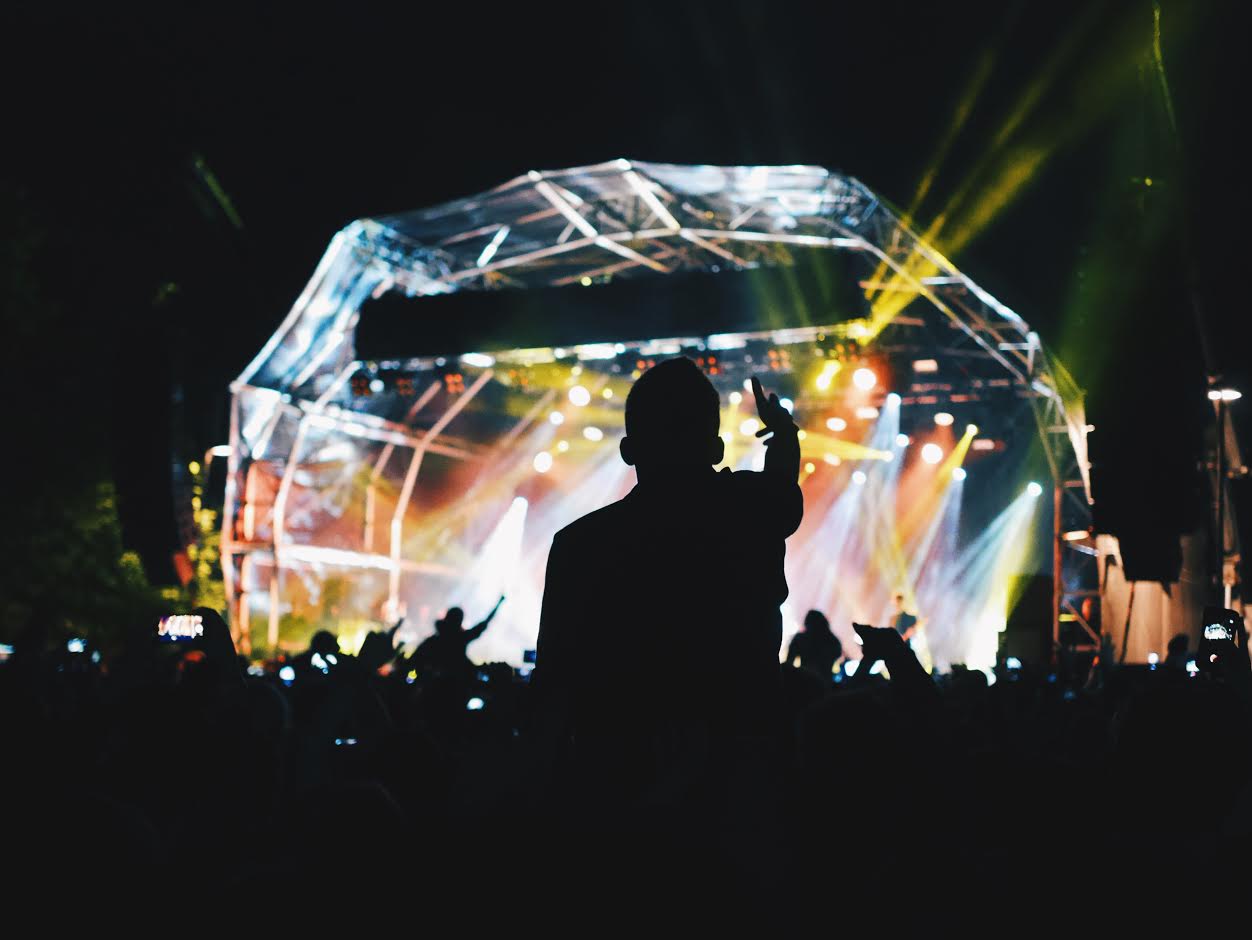 I wasn’t actually meant to be going to Slam Dunk Festival, I only heard I’d got a pass last minute, but I thought I’d best come along and see my boy do his thing. My lovely friend Anna drove me and I was able to stay at a hotel with the YG lads after so it all kinda worked out logistically. I can’t believe it’s been ten years of Slam ‘Drunk’ as some of my friends refer to it. It’s incredible how far the festival has come and the big names it has the ability to pull from all over the world. This was arguably the best line up yet, with the appearance of Panic at the Disco (basically Brendon Urie these days) causing the most buzz. He didn’t disappoint either, his flips and  vocal acrobatics making for the perfect finale. 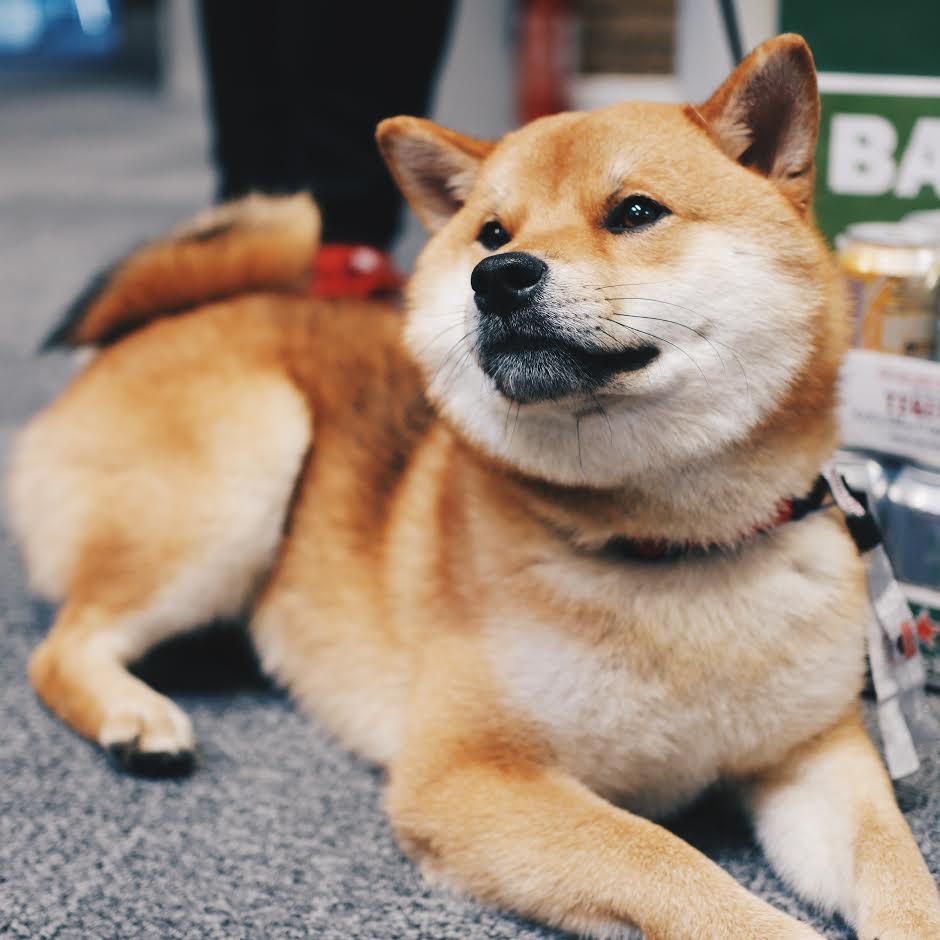 This is M.J, who is Emma from Public City PR’s very handsome dog. He is so special he was given his own pass and lanyard. He was attracting more attention than Brendon Urie, and it’s not hard to see why! More dogs at festivals please!! P.S This handsome face and the beautiful owner will be raising money for Parkinson’s disease, I’ll keep you posted on how you can contribute to the cause. 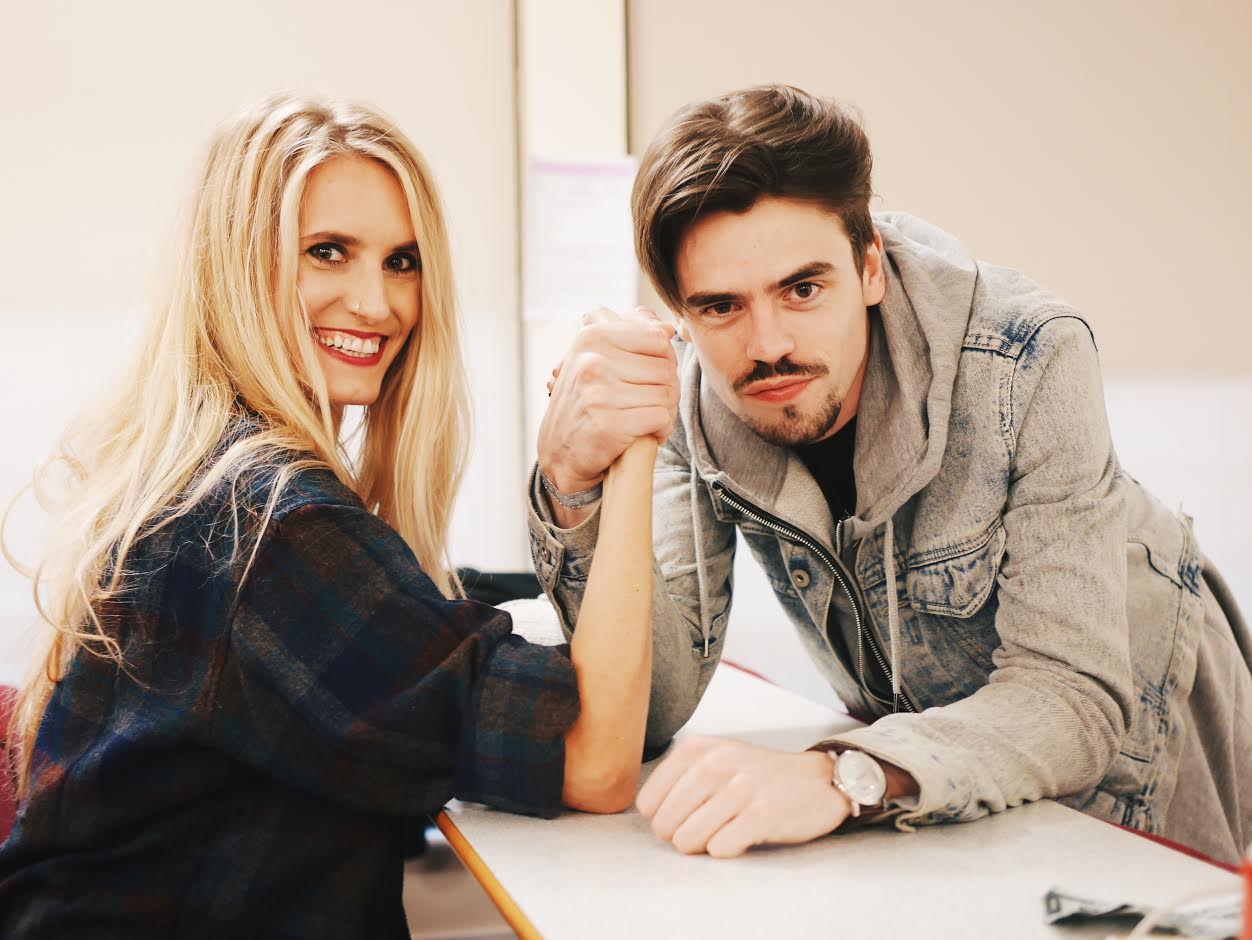 This is Josh, who has been playing drums for Young Guns for the UK shows in wake of Ben’s departure. He did a fantastic job and seemed to take it all in his stride. A lovely chap to boot too! 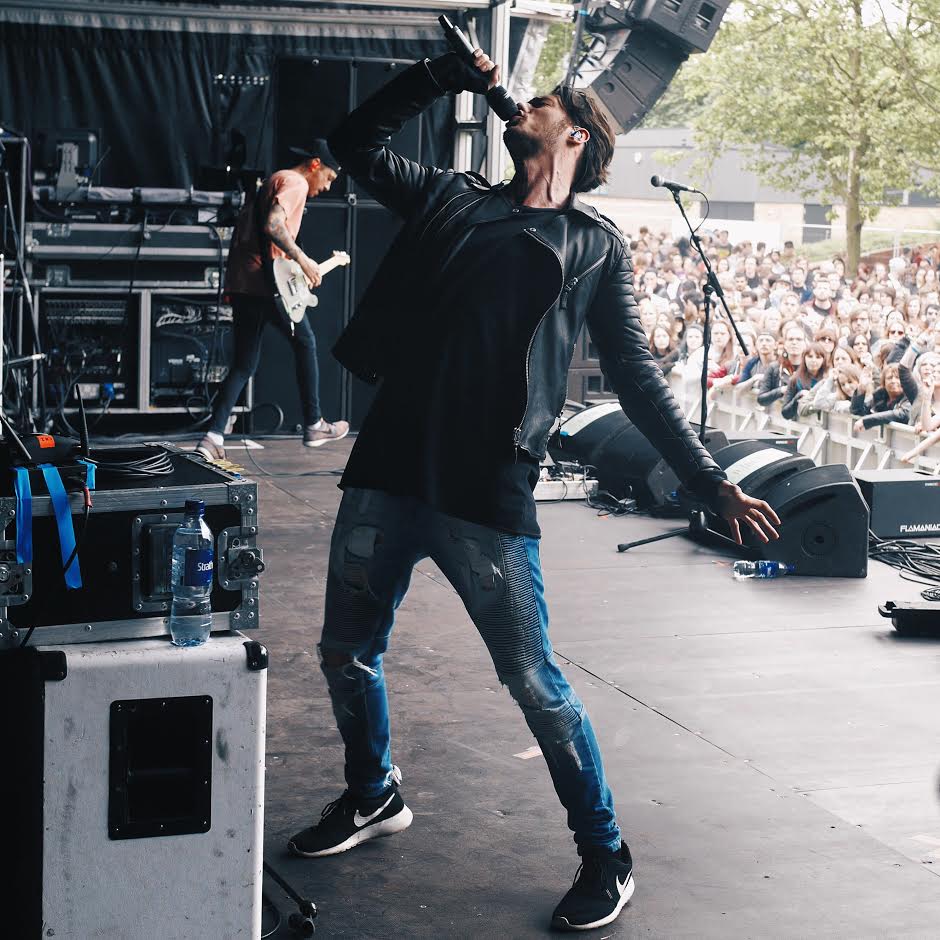 Gus of Young Guns giving it some welly on the main stage. This is the first time I’ve seen Young Guns play since Bens last show at the Old Blue Last at the end of last year. So great to see them back with some new material! 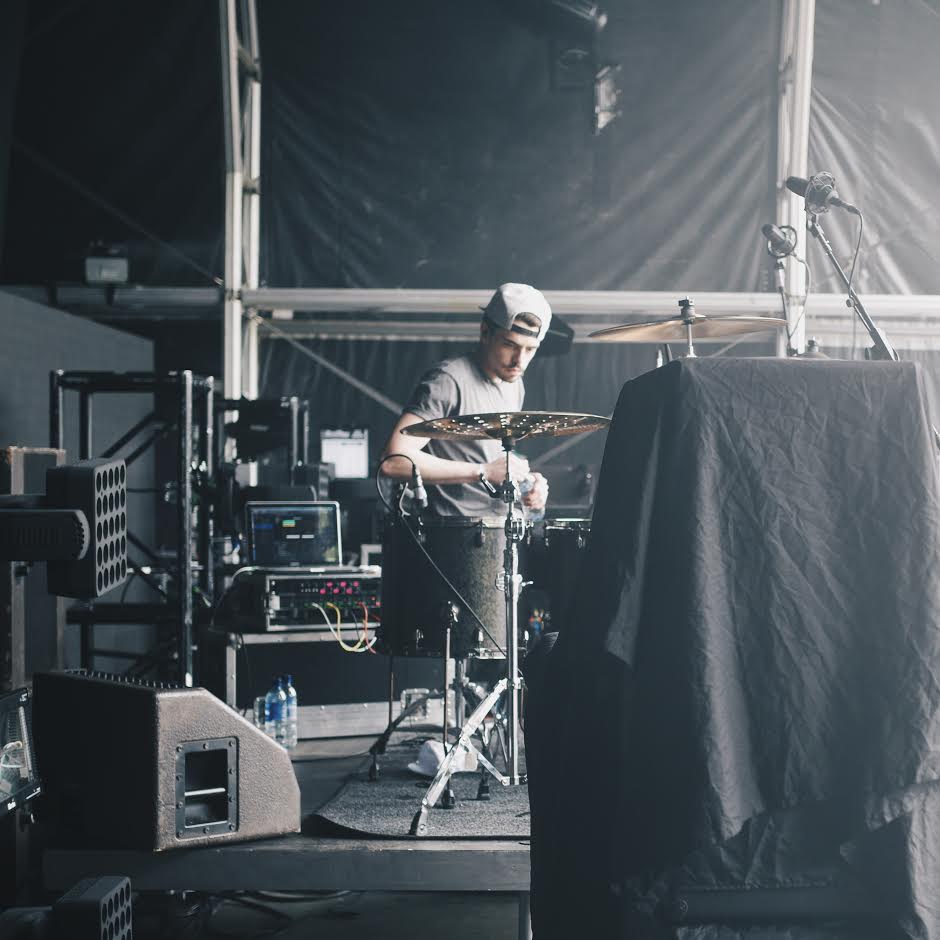 Here is Josh on stage looking a tad pensive! 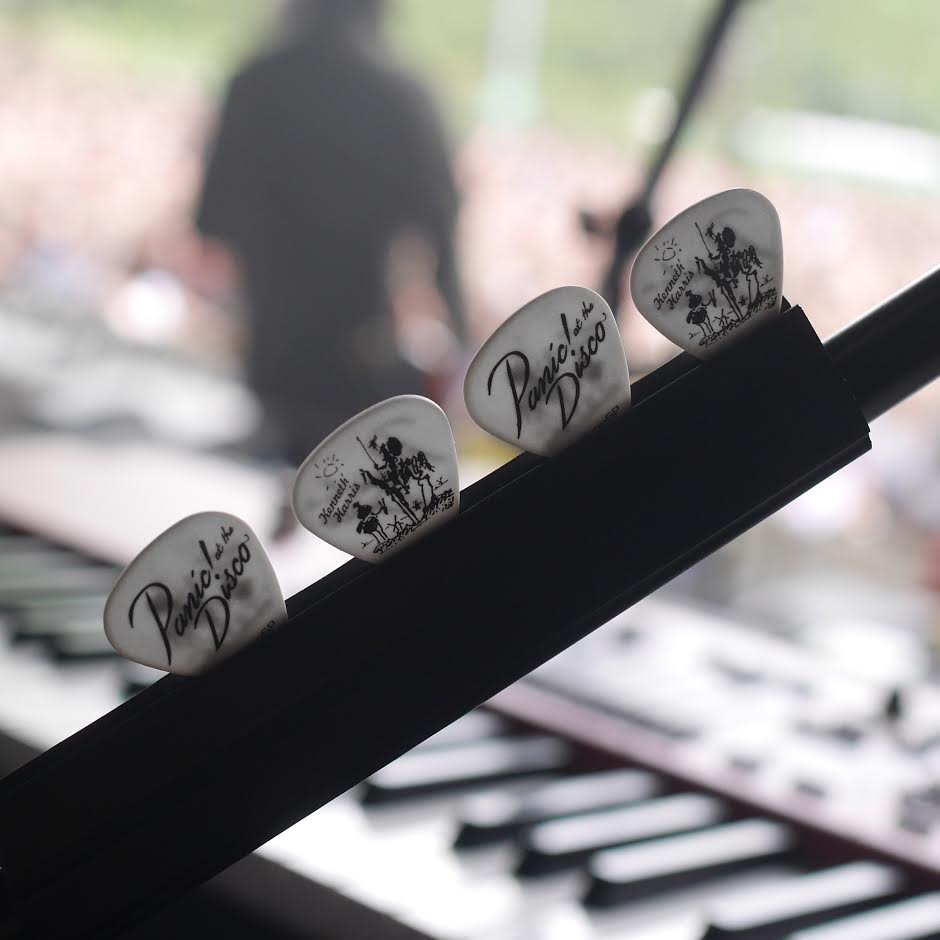 I watched the boys on stage and was trying to hide myself within Panic at The discos instruments and sound equipment. Didn’t want to people to see me singing along…apparently it’s not a good look according to Si. It too all the will I have no to steal one of these plectrums, I think I deserve some kind of reward for resisting. 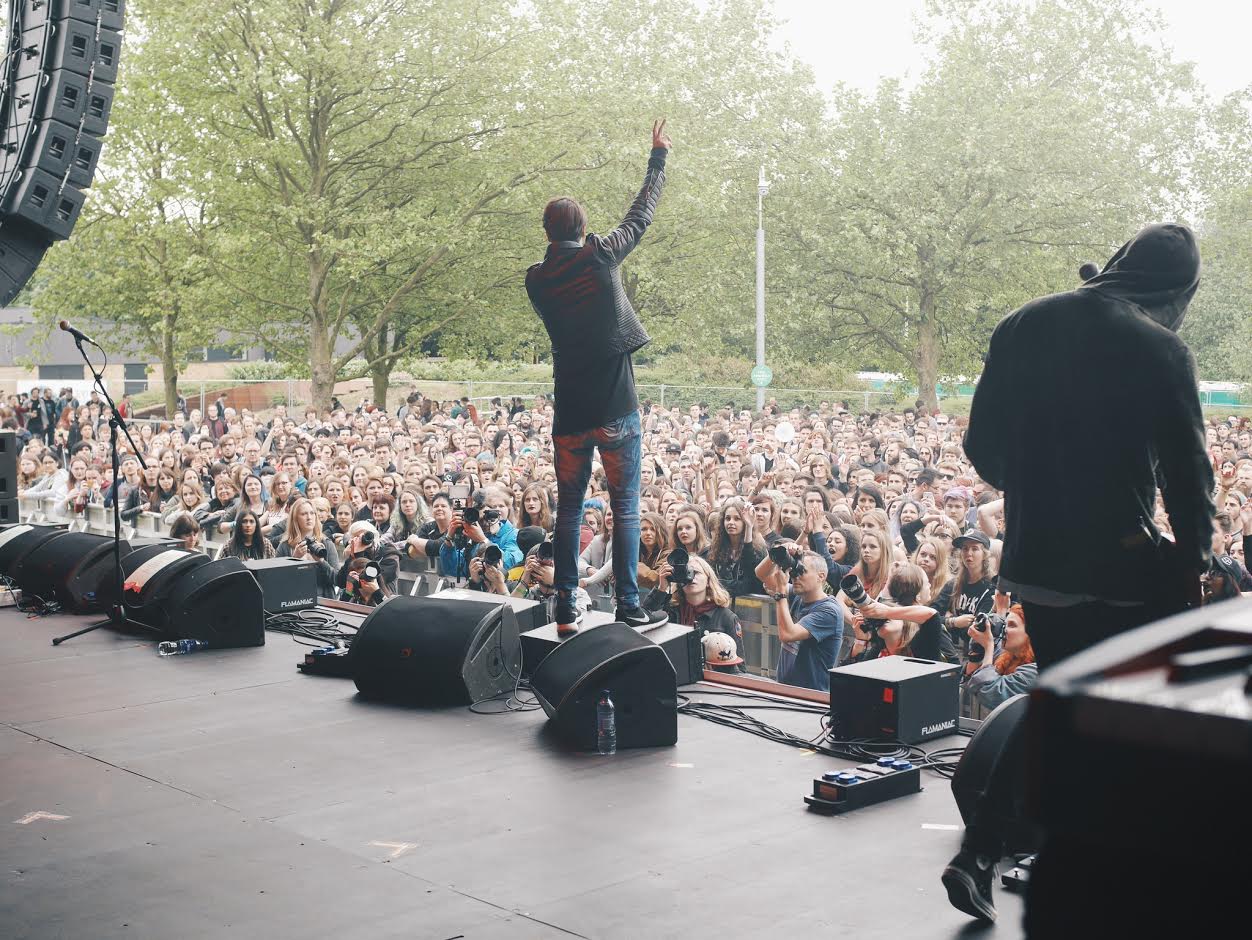 I was so proud and relieved to see such an enthusiastic response to the return of Young Guns. They’ve been slightly absent from the UK for the last couples of years so it was fantastic to see how much love there still is for them. I hope it’s a good omen for the year ahead…. 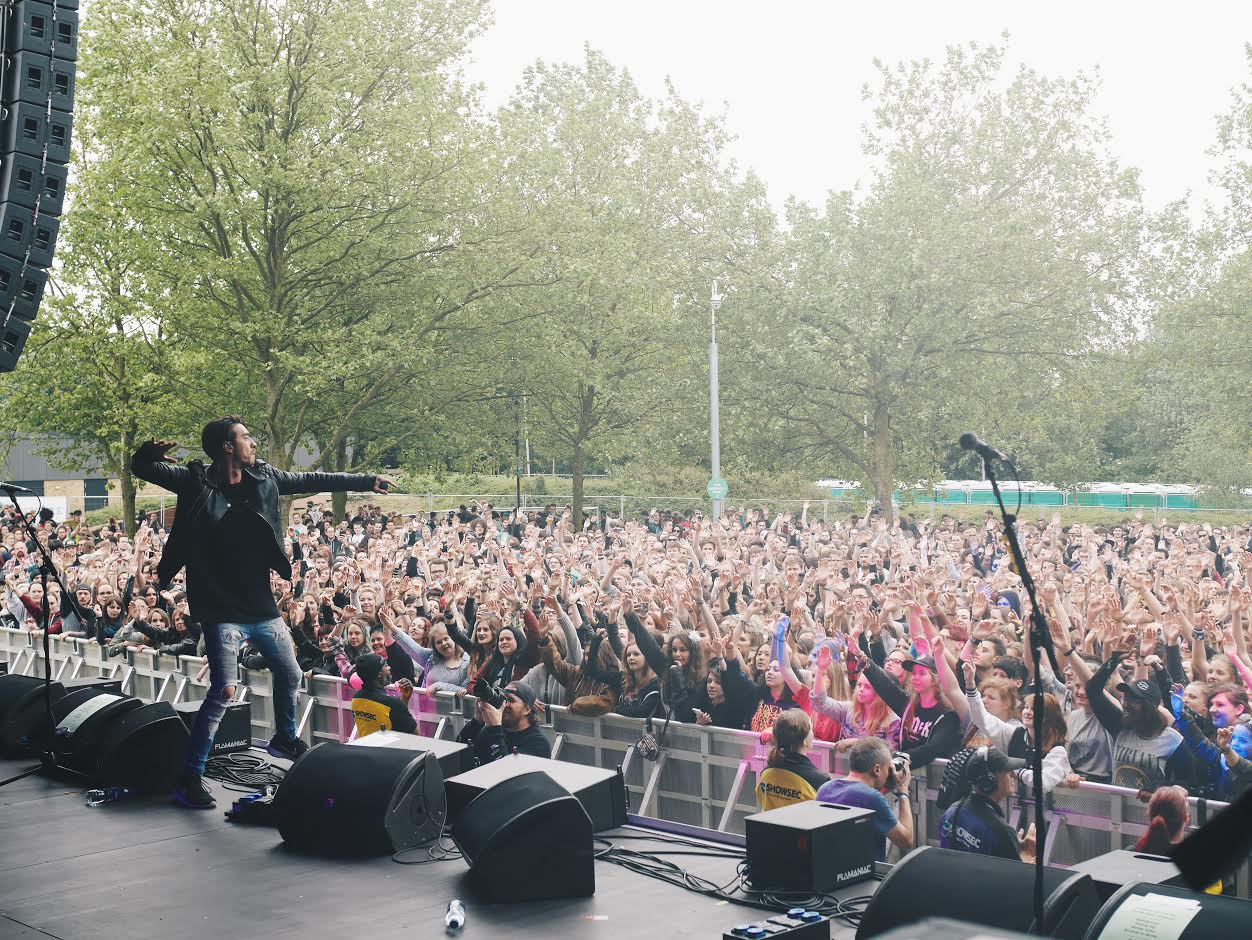 They also previewed their new single Bulletproof, which seemed to go down really well. Si actually got in at 6.30am this morning having filmed the video all night in Uxbridge. The glamour…. 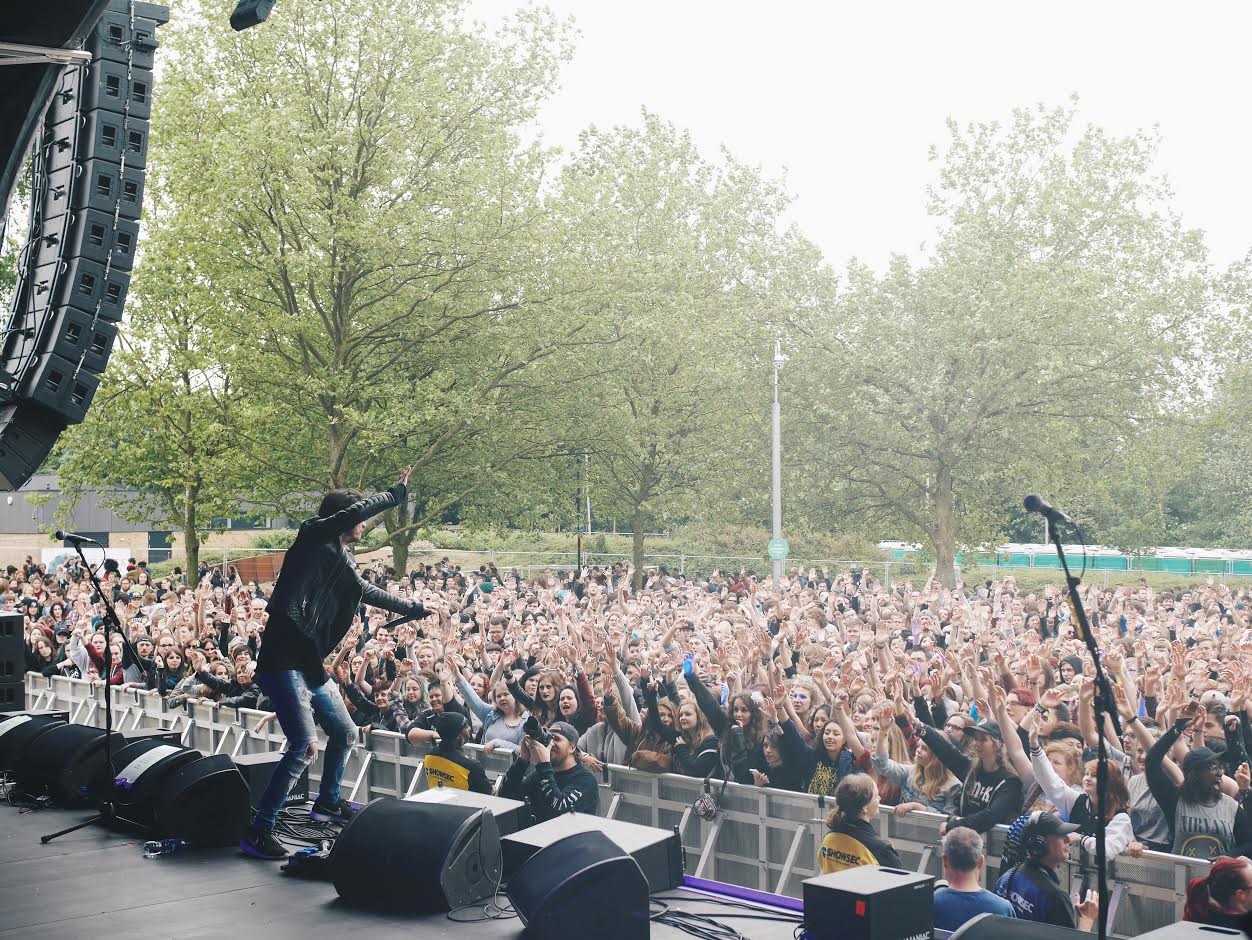 Feast your eyes on my video montage of the day….