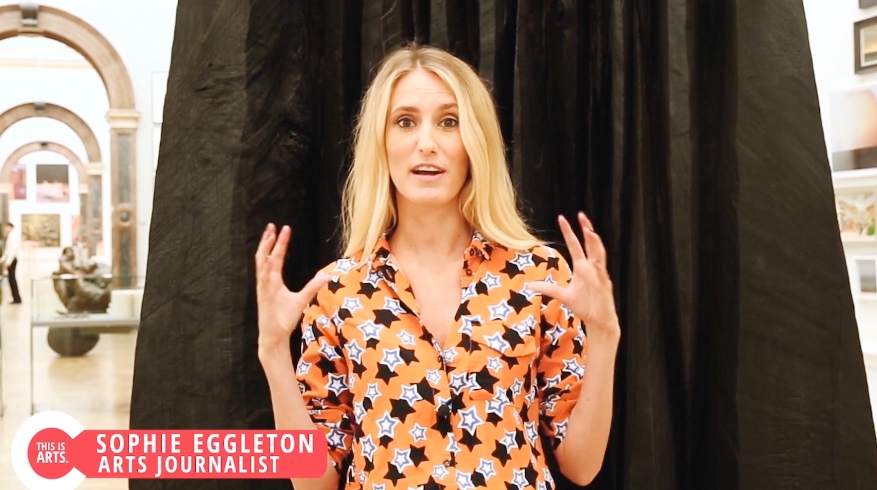 Today my first episode presenting A Month in the Arts for Canvas ( a channel funded by The Arts Council of England) went live. I filmed my segment at the Summer Exhibition at the Royal Academy last week, before attending the Suicide Squad Premiere.

The Producer had managed to sort out an hour before the opening of the exhibition where we were allowed to film the intro and pick out a few pieces to talk about. Unfortunatly when we stepped into the gallery space there was a symphony of drills and other noises that would be heard on the recordings. So in the end we only had about 15 minutes to nail my intro to camera and my off the cuff chat about a few of the works.

This is the first time I’ve had to learn a script, I usually just go with the flow, or have cards or an autocue. As you can imagine, I was already a bit nervous and worried that I wouldn’t remember my lines (particularly as I’d had to get up at 6 to make the 9am call time), so the fact that I had to nail it with only a few goes…well, let’s just say I was feeling the pressure. We’d just about got it all filmed in time before having to stop – you’re not allowed to film once the show if open to the public. 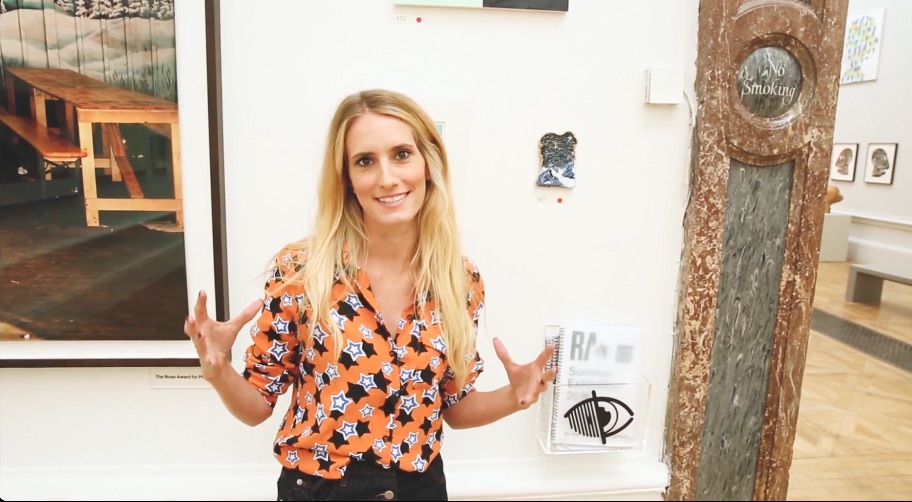 So today I got to see it for the first time, the editing team did such a great job at putting it all together and getting some great shots of the artwork on display. Featured in the video is also some other great exhibitions and plays you should be watching or visiting over the next month. I would have loved to have had bit more time to work out what I was going to say when it came to the artwork, in this one I’m pretty much saying the first thoughts that came into my head, so I’m not particulary articulate.

Hope you still get what I’m trying to say though. Haha.

Go and show the video some love for me. I’d love to be able to talk about art, theatre, film and more on a regular basis.

Thanks for having me Canvas.